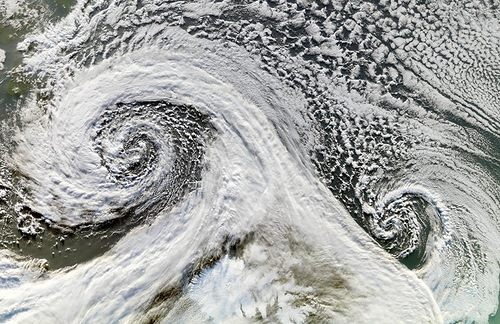 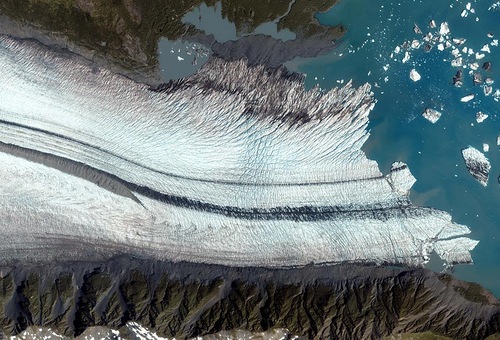 The Bear Glacier on the Kenai Peninsula along the Gulf of Alaska seen by the IKONOS satellite took this on August 8, 2005

The ablation zone where the glacier is primarily losing ice. In particular, as a glacier moves, it picks up dirt and debris from the rocks it passes. And when two glaciers merge, as they have here, the dirt and debris they carry form parallel stripes, or medial moraines, on the ice surface. 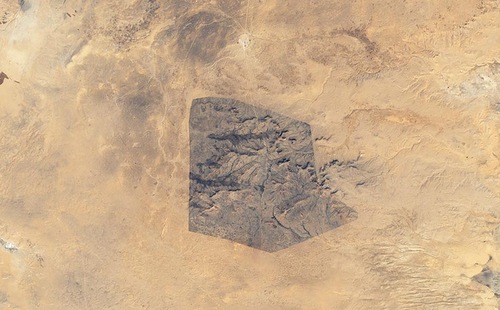 Sidi Toui National Park, in the southern half of Tunisia

Native vegetation returning inside the borders of this protected park (approx. 7 kilometers wide), established in 1993 to protect the region against desertification. The effects of continued agriculture, overgrazing and drought – seen on the surrounding arid landscape. 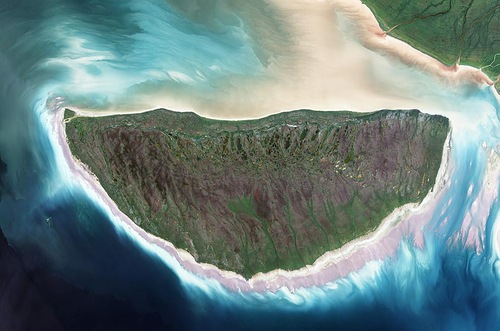 During the last ice age, Canada’s Akimiski Island – buried under several thousand meters of ice. However, since its retreat, the island has rebounded (risen in elevation). Besides, new beach areas have emerged, streams and lakes have formed, and trees and other vegetation have colonized the new territory. 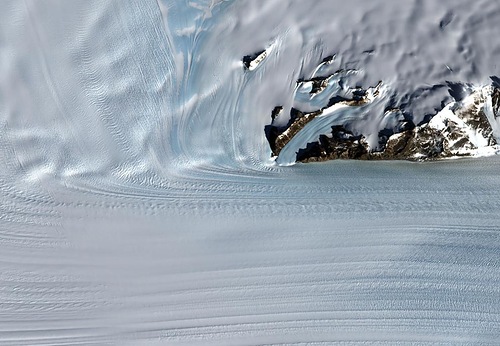 The flowing ice sheet into a fast-moving river of ice named Byrd Glacier located near McMurdo Station, the principal U.S. Antarctic Research Base. The glacier plunges through a deep, 15-mile-wide valley in the Transatlantic Mountains to create a 100-mile-long, rock-floored ice stream. 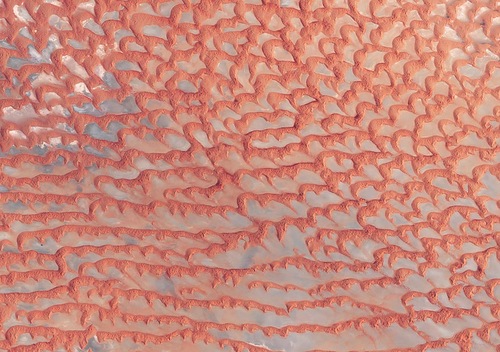 Known as Rub’ al Khali, the Arabian Peninsula’s Empty Quarter, is the world’s largest sand sea, holding about half as much sand as the Sahara Desert. The Empty Quarter covers 583,000 square kilometers (225,000 square miles), and stretches over parts of Saudi Arabia, Yemen, Oman, and the United Arab Emirates. 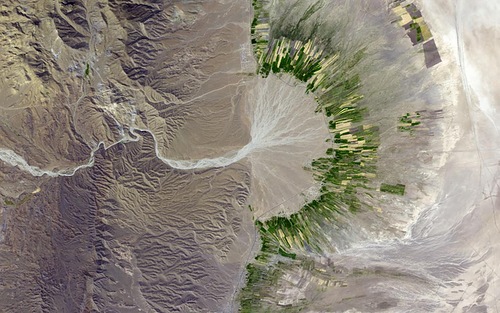 This simulated natural-color image of province in southern Iran shows a dry river channel carving through arid mountains toward the northeast. A broad belt of lush agricultural land follows the curve of the alluvial fan and stretches out along a road that runs parallel to the ridgeline. The valley-ward margin of the intensely green agricultural belt fades to dull green along streams (or irrigation canals). 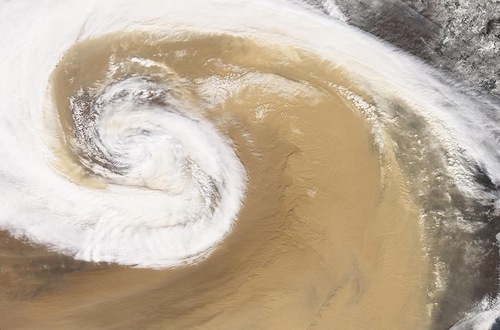 The image of a dust storm as it swirled over China in April of 2001. A strong temperate cyclone spun counter-clockwise over China, pushing a wall of dust as it moved 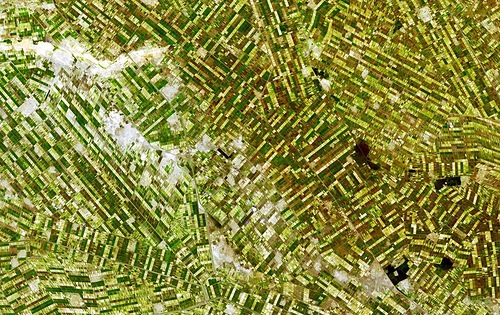 South of Khartoum, Sudan, where the White and Blue Nile Rivers join, a dizzying arrangement of irrigated fields stretches out across the state of El Gezira. The several bare-looking patches are small villages 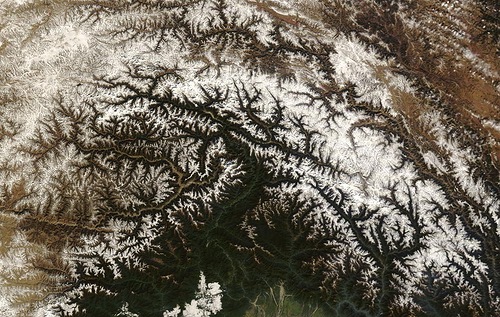 Cloudless skies allowed a clear view of Tibet in mid-December 2008. Snow caps some mountain peaks, and ice partially covers some lakes in this high-altitude region, nicknamed the “Roof of the World.” 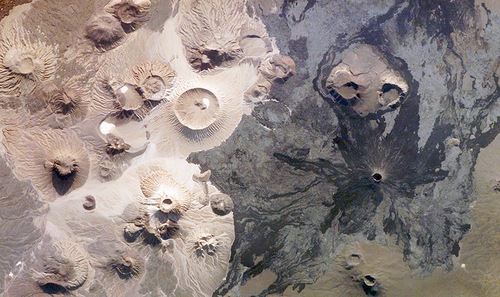 Harrat Khaybar in Saudi Arabia contains a wide range of volcanic rock types and spectacular landforms, several of which are represented in this photograph taken by an astronaut aboard the International Space Station on March 31, 2008 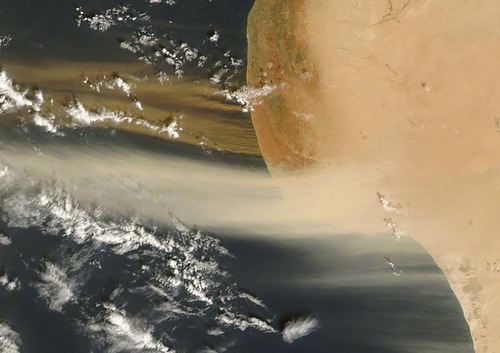 Two-toned dust plumes blew northward off the coast of Libya on October 26, 2007, as the MODIS instrument on NASA’s Terra satellite took this picture. While plumes in the west are beige, reminiscent of the Sahara’s sands, the plumes in the east are distinctly darker 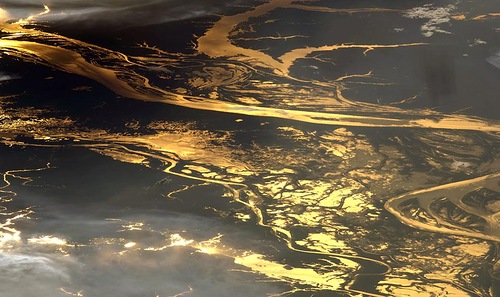 The setting sun glints off the Amazon River and numerous lakes in its floodplain in this astronaut photograph from August 19, 2008. About 150 kilometers of the Amazon shown here, about 1,000 kilometers inland from the Atlantic Ocean