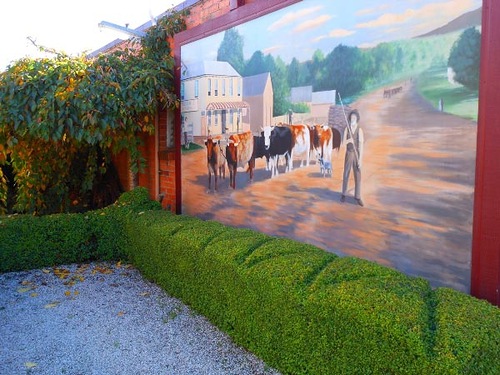 Sheffield farmers Art Gallery
The Australian city of Sheffield, located at the foot of majestic Mount Roland in the north-west coast of Tasmania, can rightly be called a museum city. This small town attracts tourists from all over the world because its streets are reminiscent of an exhibition hall with a huge number of paintings, which depict scenes from the plain everyday life of citizens. Each of these paintings – a work of art.
The source of inspiration for artists is quiet and tranquil life of Sheffield. The main occupation of the inhabitants of this city – agriculture. Farmers bred sheep and pigs, grow potatoes and various vegetables, as well as many of them are engaged in the processing of wood. 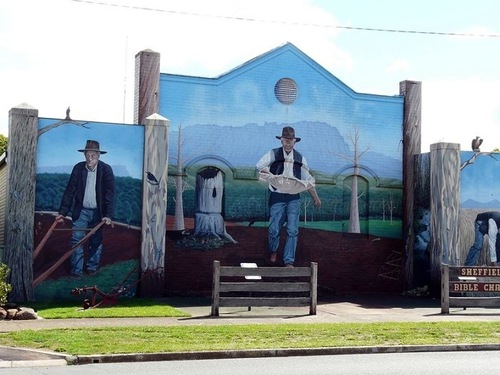 Until the 1980s, Sheffield was unremarkable town whose population has increased dramatically during the construction of several hydroelectric power plants nearby. However, after construction was completed, the workers left it, and the city’s economy was in the crisis. The initiative group of local residents decided to save Sheffield, and changed it so that from a provincial town, it turned into an attractive tourist destination.

Inspired by the story of a small Canadian town of Chemainus, which was saved from ruin thanks to the art of painting walls, non-governmental organization Kentish Association for Tourism has decided to revive the city of Sheffield.

For this was supposed to decorate the streets with numerous frescoes, which would prefer not only residents but also visitors of the town. The first picture appeared in December 1986, since that the number of paintings is constantly growing, updating the collection with the new exhibits. Today we can see more than sixty murals depicting the scenic area of Sheffield. Many of them are devoted to the city’s rich history, outstanding personalities, or just a beautiful natural landscape.

Murals painted on the walls are scattered throughout the city, a lot of pictures “put up” along the road approaching the city, curious tourists could appreciate such an unusual project. Every year in Sheffield gather about 220 000 people to see this unusual exhibition in the open. 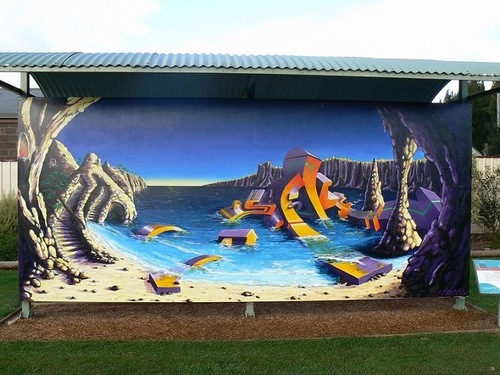 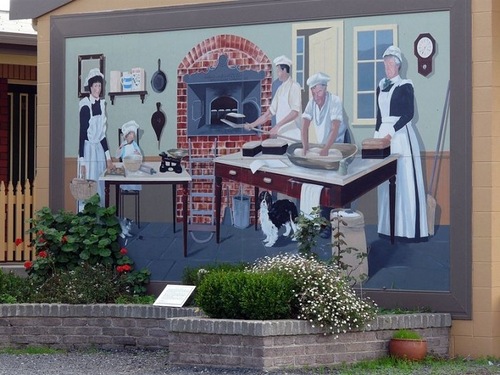 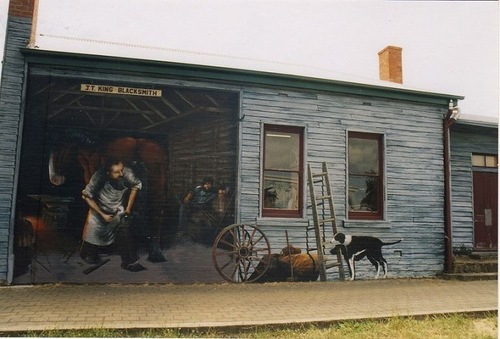 Art in Australian city of Sheffield 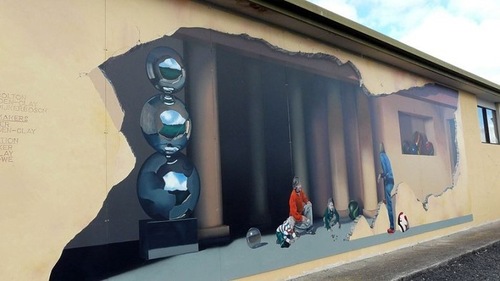 Painted on the walls of houses in Sheffield 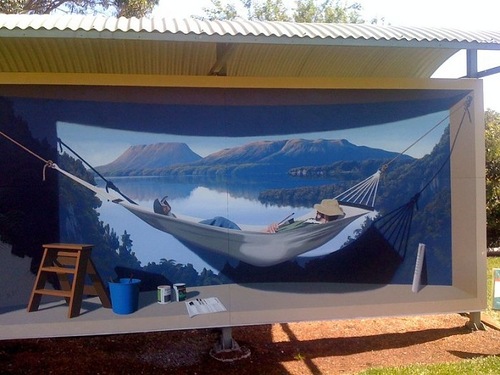 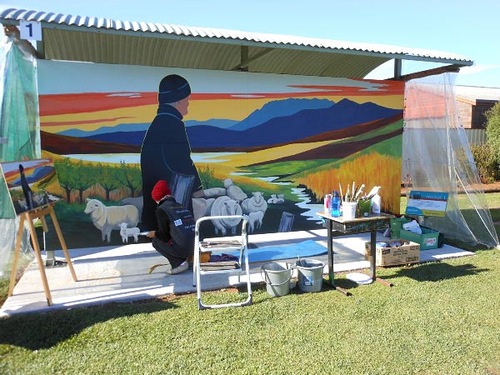 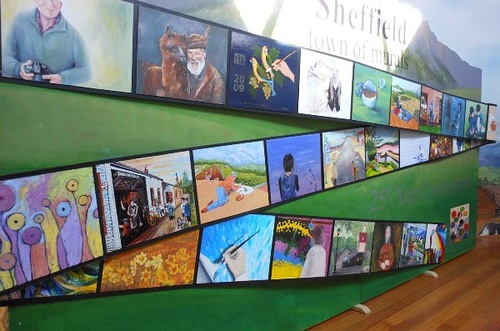 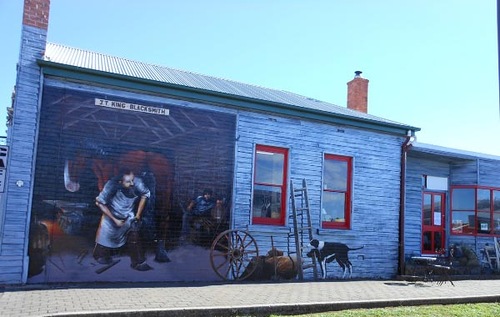 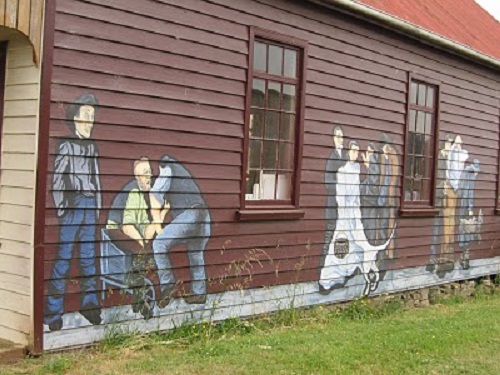