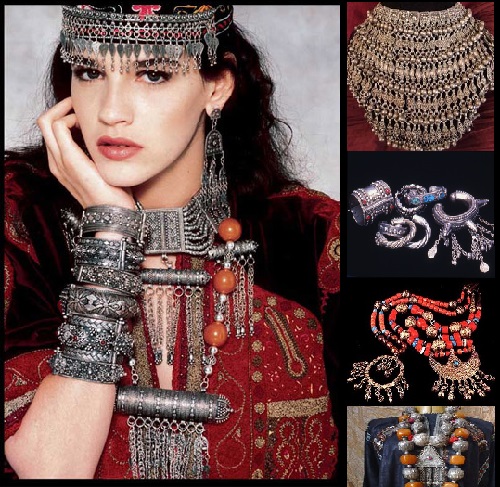 If European bride can be immediately recognized by the white dress, the Yemeni – by the abundance of silver jewelry. Gold is considered by Muslims the metal of devil and can bring misfortune, but silver – blessed the prophet himself. Therefore, it is believed that the more silver jewelry a bride has, the more successful will be her marriage. The total weight of Silver jewelry of Yemeni bride can be a few pounds. Most of silver decorations are worn on the chest and around the neck – multiple rows (about 16) of massive necklaces with pendants of different shapes; oval, cylindrical, square, or in the form of fish charms with text from the evil eye; choker; on her hands – bracelets, sometimes up to the elbow; on each finger – at least one ring. Bride’s head covers Taj Cape, under which is put a special decoration – gorgush. It is like a headband with side pendants and can also be decorated with antique coins, pearls, beads. 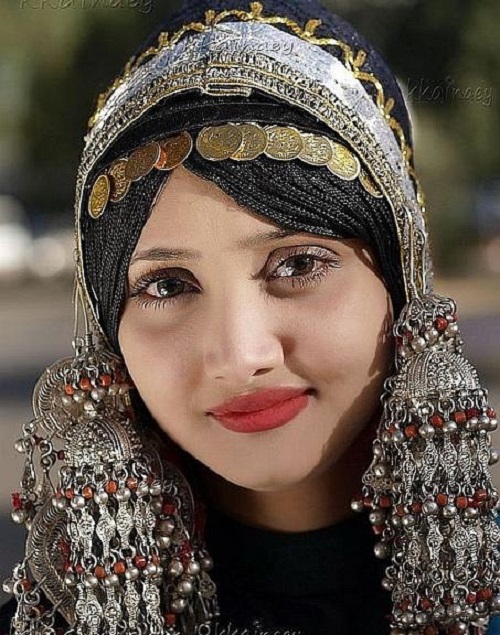 In Yemen money is given to the bride and the bride’s family before a wedding agreement can be concluded. Much of the bridal agreement includes jewelry which belongs to the woman and which she can dispose of as she wishes. This dowry helps provide a more secure future and acts as her savings account, also raising her worth in other’s eyes and signifying a married status. 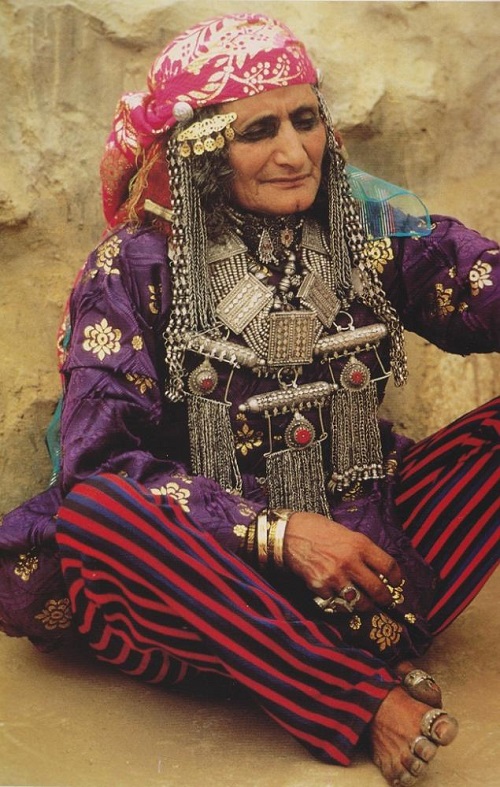 The elderly woman in wedding decorations

This elderly woman is not the bride, of course. She just shows her wedding decorations. Note – her feet in the dust, but the decorations are put on. 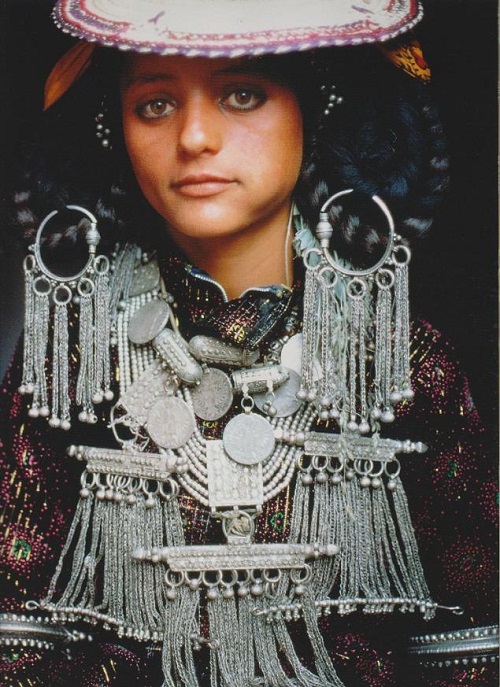 Yemeni traditional dress of the bride called kvatifa, can be any color, but most girls prefer bright colors – green, yellow, purple, pink. The dress can be embellished with embroidery with silver or golden thread. 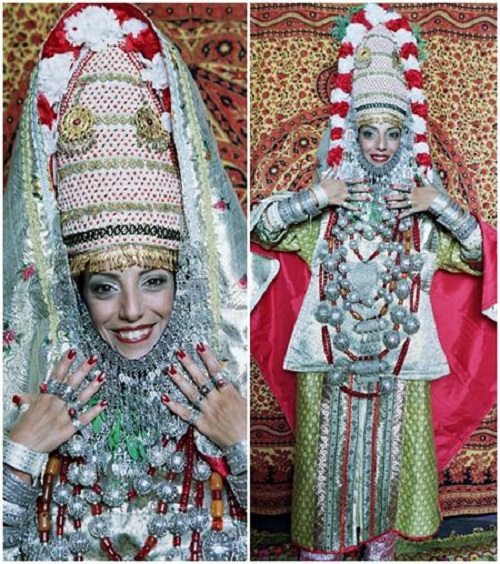 Wedding dress of Jewish girls living in Yemen, largely repeats traditional Yemeni bride outfit, but differs in its distinctive headdress, which can not be confused with anything – high hood stretched over a frame, something like a crown, to which fixed the silver and gold coins, pendants with precious stones, beads, flowers, etc. its height can reach 1 meter. 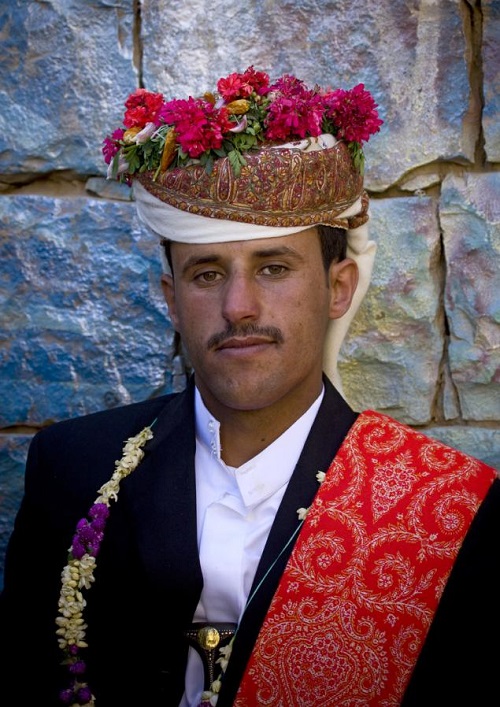 Well, a few words about the groom. Comparing with the bride he looks modest. Pleasing to the eye the flowered headpiece – scarf or beanie, slung over his shoulder in a contrasting color scarf, and a traditional Yemeni dagger Jumbo tucked into his belt.

Silver filigree is an ancient art passed in Yemen from father to son, from generation to generation. The technique of designing filigree jewelry was considered a family secret known only to the inner circles of the family. More than that, the families who traditionally knew the skill, were close to crown hierarchy, and enjoyed the respectable status. 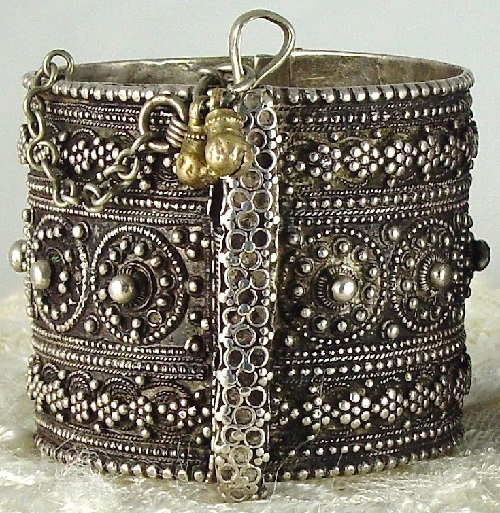 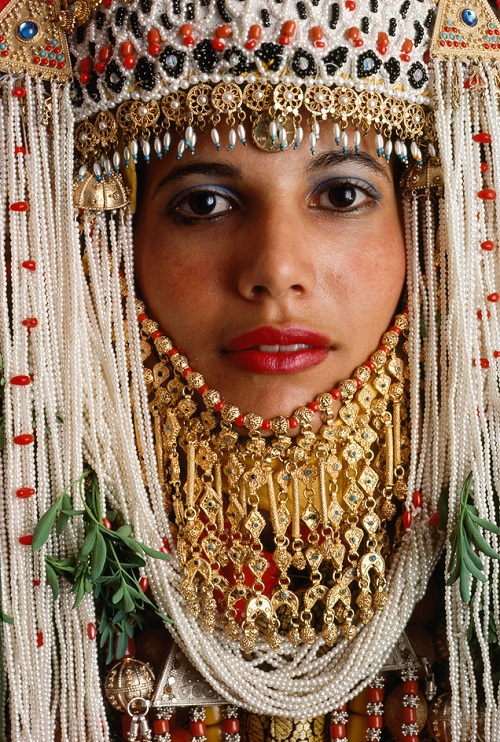 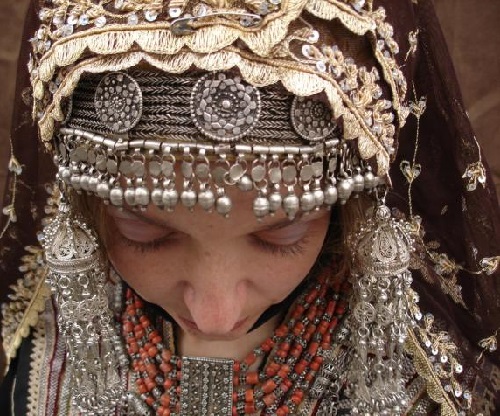 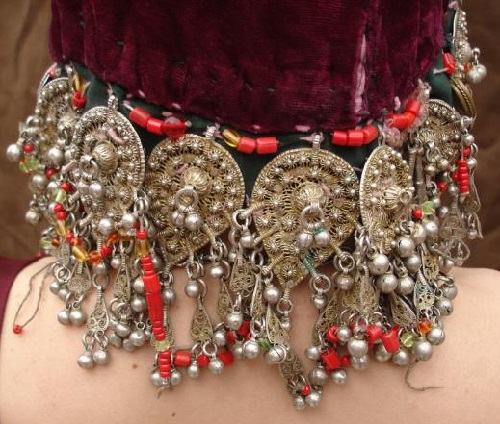 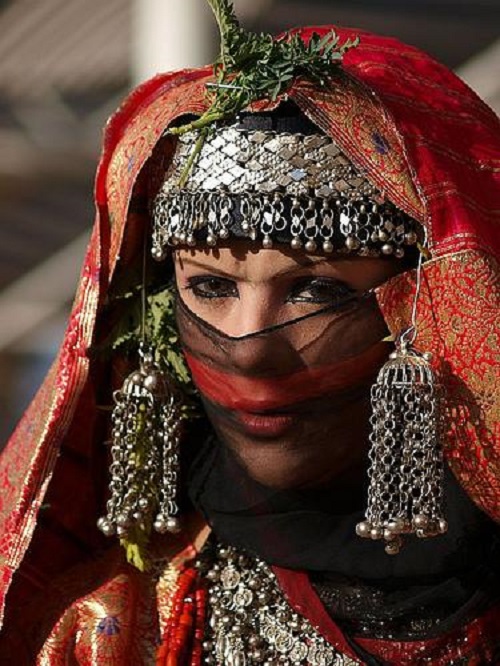 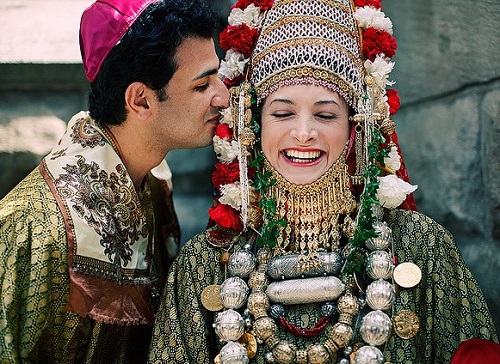 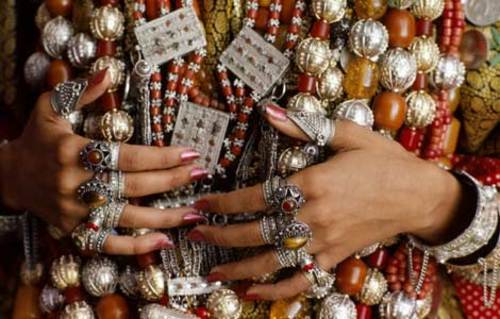 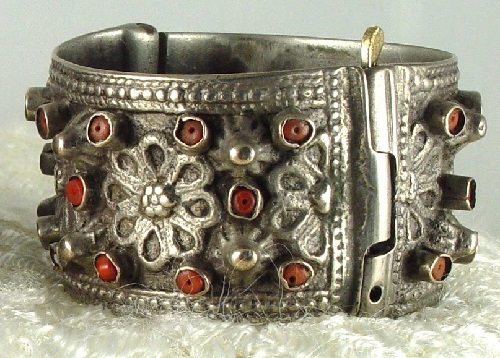 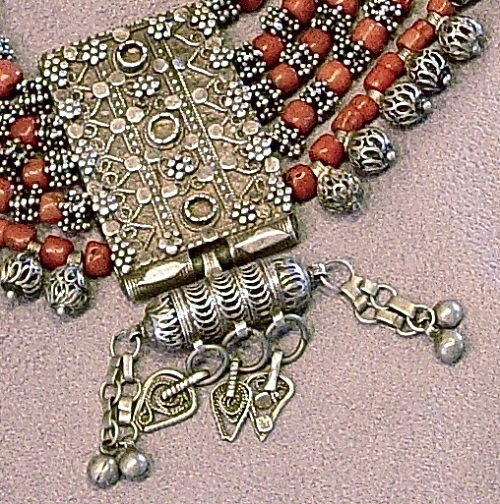 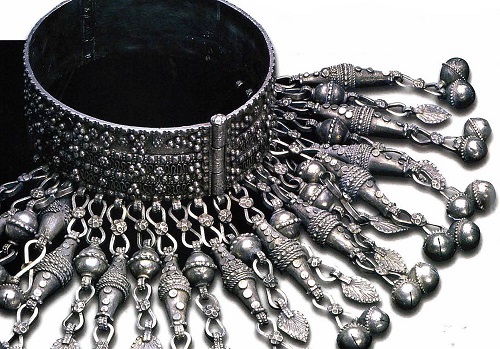 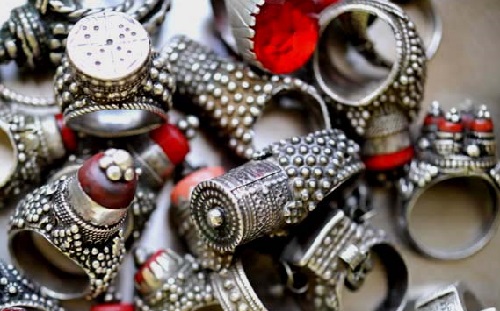