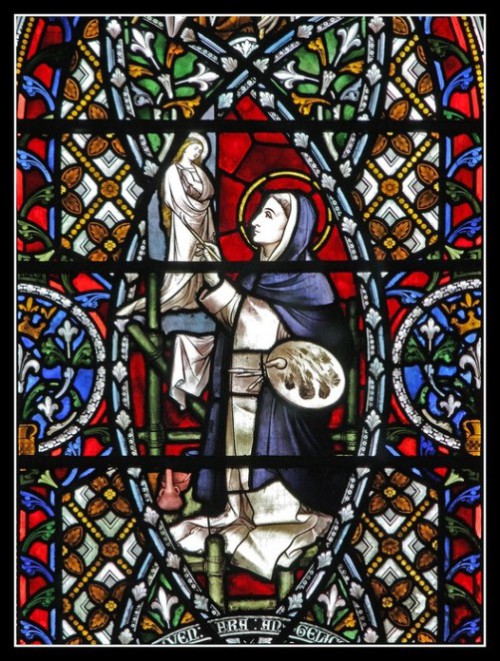 Medieval churches Stained glass windows
Commonly used in churches for decorative and informative purposes, stained glass windows as an art form, reached its height in the Middle Ages.
In fact, stained glass became a major pictorial form used to illustrate the narratives of the Bible to a largely illiterate populace. Thus, window glass was in use from at least the 1st century AD. Besides, the production of colored and painted window glass for the use in religious buildings appeared at an early date. Perhaps, the earliest extant example of ecclesiastical stained glass is that from San Vitale in Ravenna, Italy. In particular, discovered here clear glass roundel with a depiction of Christ in Majesty, thought to be 6th century art. 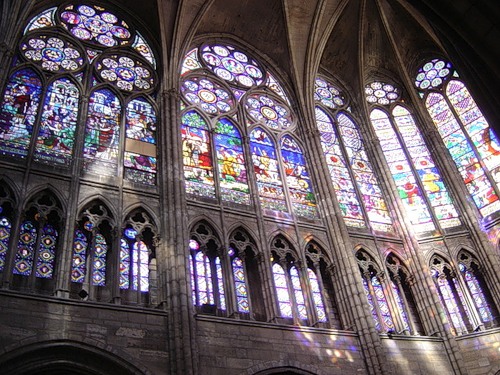 Impressive medieval windows in The Cathedral Basilica of Saint Denis

This is a large medieval abbey church in the city of Saint-Denis, now a northern suburb of Paris. The building is of unique importance historically and architecturally, as its choir completed in 1144. Noteworthy, considered to be the first medieval Gothic architecture ever built. 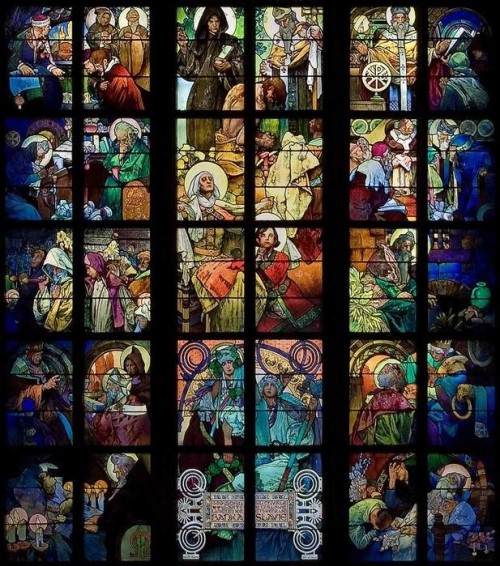 Just a masterpiece, The cathedral of St. Vitus, windows in Roman Catholic cathedral in Prague 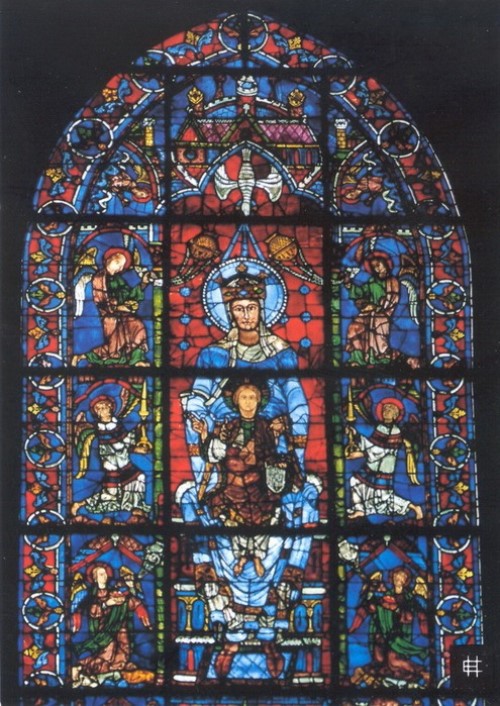 Gorgeous Cathedral of Our Lady of Chartres, located in Chartres, France. 1194-1225 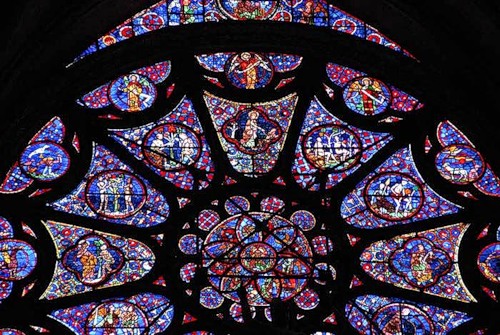 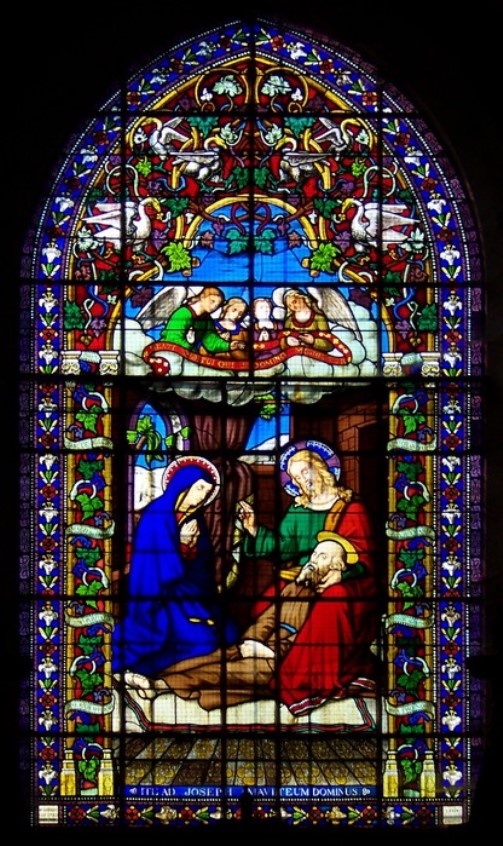 The death of Joseph (the Virgin Mary and Christ), in the chapel of the church of Sts. Peter and Paul, Ablis, France 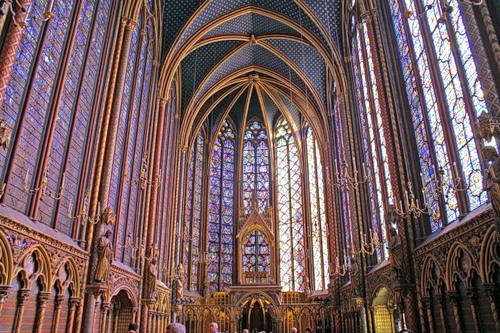 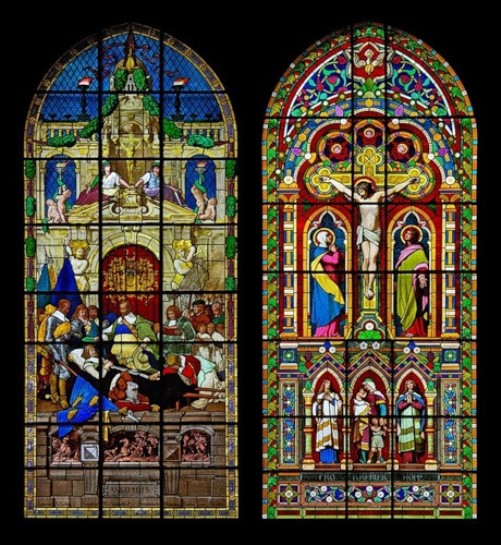 Turku Cathedral – the Mother Church of the Evangelical Lutheran Church of Finland. Besides, it is the central church of the Archdiocese of Turku, regarded as one of the major records of Finnish architectural history 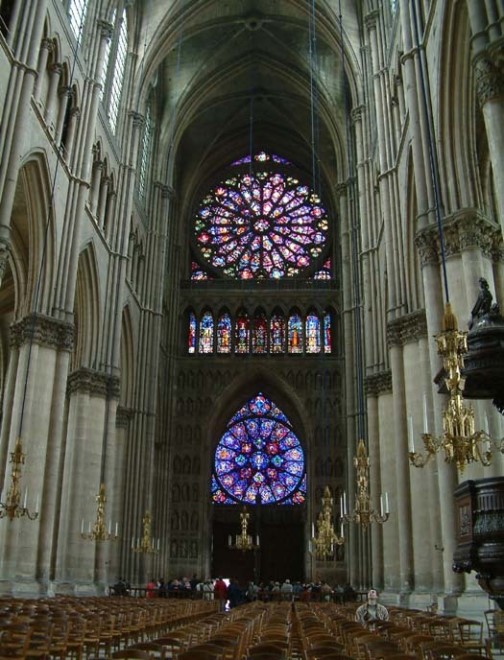 Two rose windows on the west end of Notre-Dame de Reims (Our Lady of Reims) – the seat of the Archdiocese of Reims, where the kings of France were crowned