« Ancient cemetery of Staleno in Genoa
Whitney Houston was 48 » 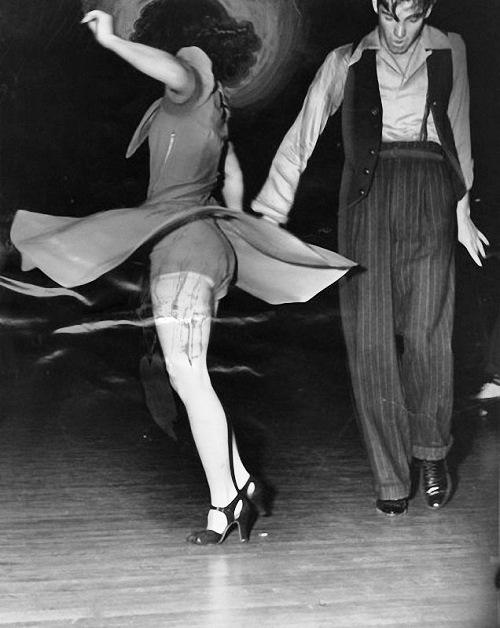 Forgotten era of energetic Swing dance
Most commonly known as a group of dances Swing dance developed with the Swing style of jazz music in the 1920s-1950s. However, the earliest of these dances predate “swing era” music. Meanwhile, the best known of these dances is Lindy Hop, a popular partner dance that originated in Harlem in 1927. Noteworthy, still danced today! In fact, the majority of swing dances began in African American communities as vernacular African American dances. According to sources, some swing era dances, such as Fox Trot and Balboa, as just some examples, developed in white communities. 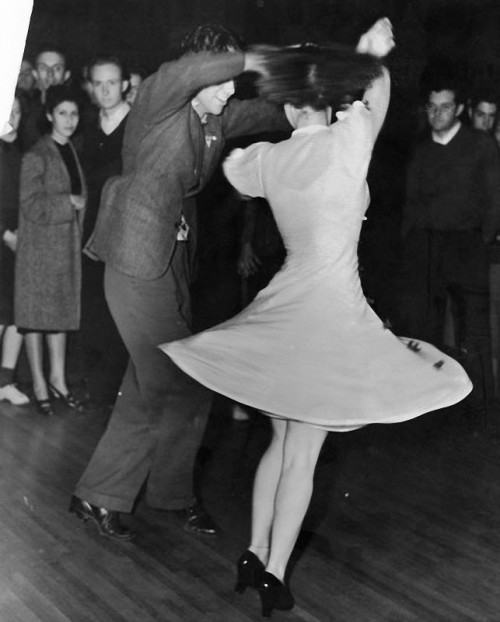 However, Swing dance was not always used as a general blanket term for a group of dances. Historically, the term Swing applied with no connection to the Swing era, or its Swing music. The Texas Tommy Swing dance first appeared in print in 1910 in San Francisco (Barbary Coast). Into the 1920s and 1930s every major cities had their own way to dance, based off regional roots, and influences. 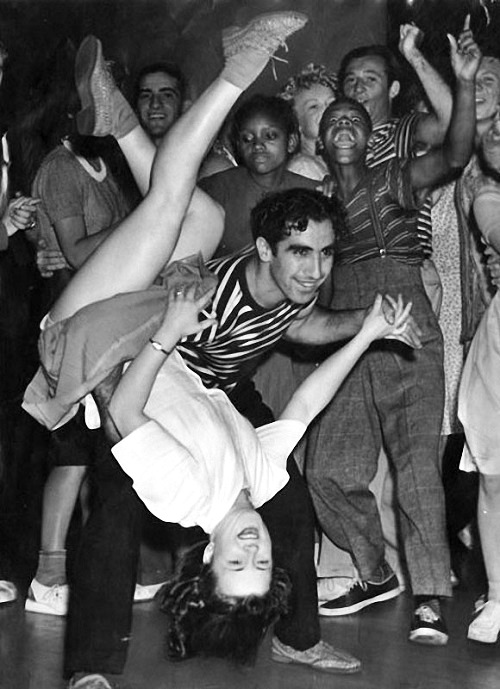 Los Angeles had it’s own form of what they Called “Swing dance” which came from Charleston, Fox Trot, and Jig Trot influenced footwork. In Chicago and in the south they Had there own Style of Swing, which was more Two-step based, and most of these Regional Swing dances gave way to various influences, such as other dance forms of dance but also the decline of Dance Bands, and partner dancing after WW2. 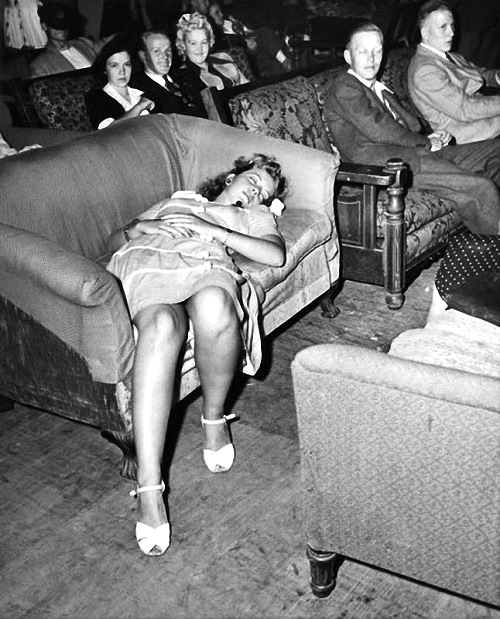 Swing jazz features the syncopated timing associated with African American and West African music and dance — a combination of crotchets and quavers (quarter notes and eighth notes) that many swing dancers interpret as ‘triple steps’ and ‘steps’ — yet also introduces changes in the way these rhythms were played — as a distinct delay or ‘relaxed’ approach to timing. 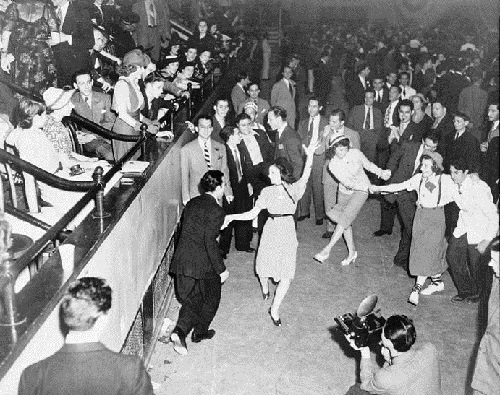 Today there are swing-dance scenes in many countries. Lindy Hop is often the most popular, though each city and country prefers various dances to different degrees. Each local swing-dance community has a distinct local culture and defines “swing dance”, and the “appropriate” music to accompany it, in different ways. 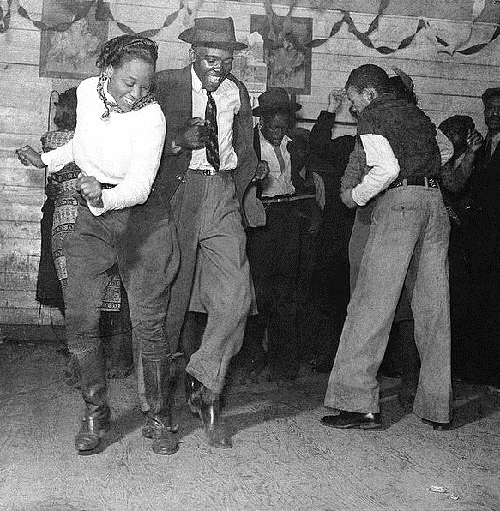 Lindy Hop, a popular partner dance that originated in Harlem in 1927 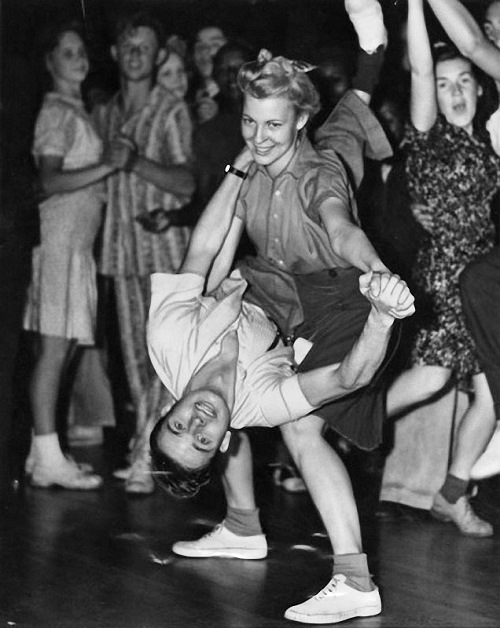