« Photoart by Elena Martyniuk
Love letters sent to a tree » 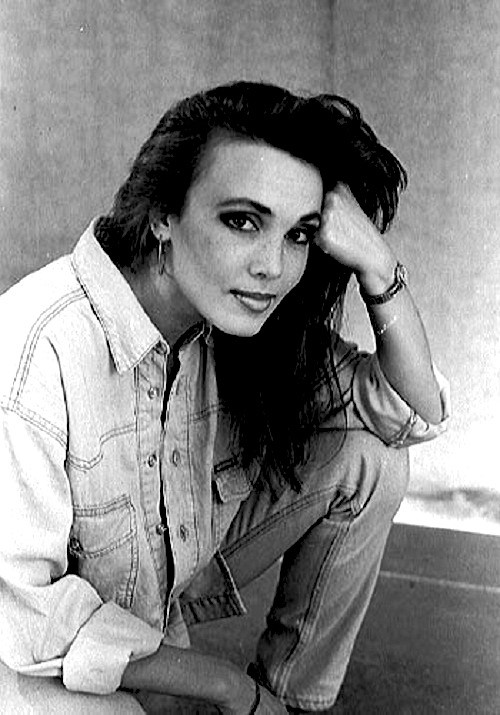 Born on May 14, 1972, Tatyana Valerievna Snezhina (Pechyonkina) was a talented lyrical singer, poet and composer. She grew up in a family of a military officer. From her childhood Tatyana had to move to different cities from Lugansk to Kamchatka, Moscow and Novosibirsk. She graduated from Novosibirsk Medical Institute. Since childhood her main passion was music. Tatyana wrote poems, draw, sang, and composed music. The first success was informal — she recorded home “music albums”, and they spread among Moscow and Novosibirsk students. Her typed poems and prose have also become popular. 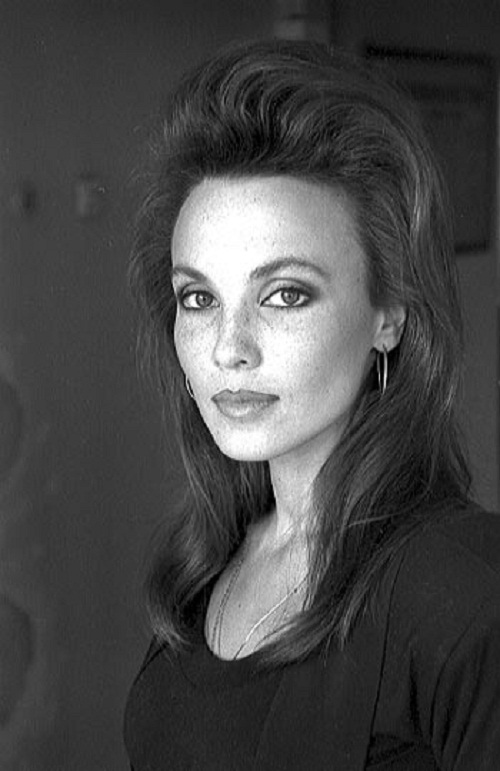 In 1994 Tatyana recorded a sound track for her first album “Remember with me”. The same year was her debut in some Moscow Theaters, and her first work on radio. She participated in several music competitions in Novosibirsk and region. In the process of releasing her solo album and recording new songs in Novosibirsk, she met with Sergei Bugaev. 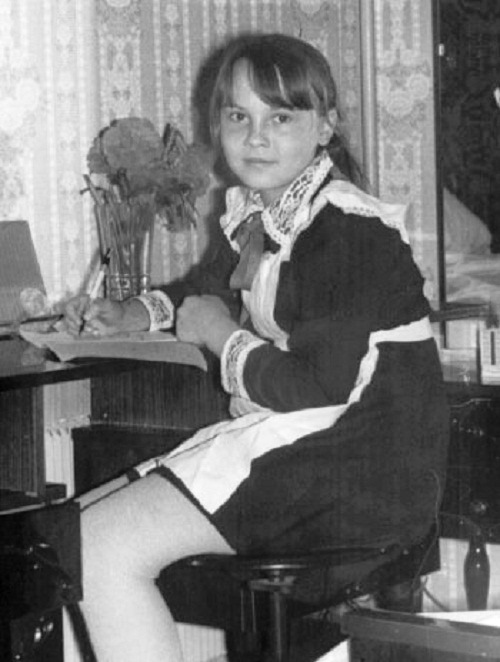 Since the early 1990’s, Sergei Bugaev, the Director of the Youth Association “Studio-8” was trying to promote “pop music with a human face”, which Tatiana had just joined. The young creative people established a close personal relationship. In May 1995, Sergei made a proposal, offered her his hand and heart, in the autumn their wedding was to take place. 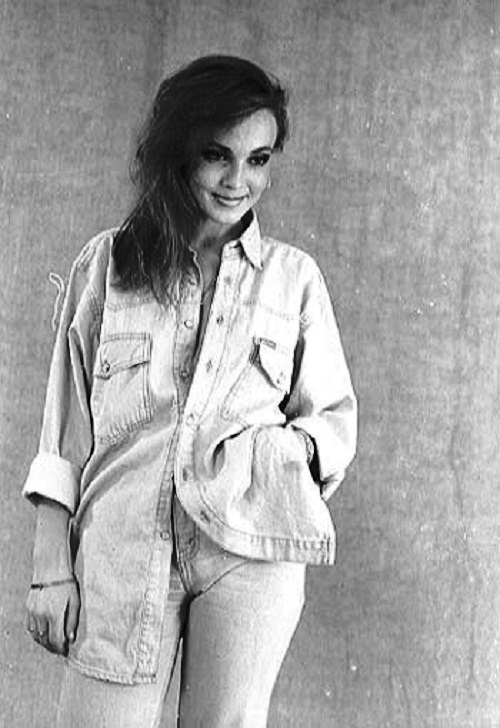 In August 1995, Tatyana and Sergei were engaged. One month before their wedding Bugaev borrowed minibus Nissan from his friends, and the couple with their friends went to the Altai Mountains. On August 21, 1995, on their way back, their minibus Nissan crashed into a truck “MAZ”. In this traffic accident died all six passengers of the minibus: singer Tatiana Snezhina, Sergei Bugaev, Igor Golovin, his wife, doctor Irina and their 5-year-old son Vladik Golovin. 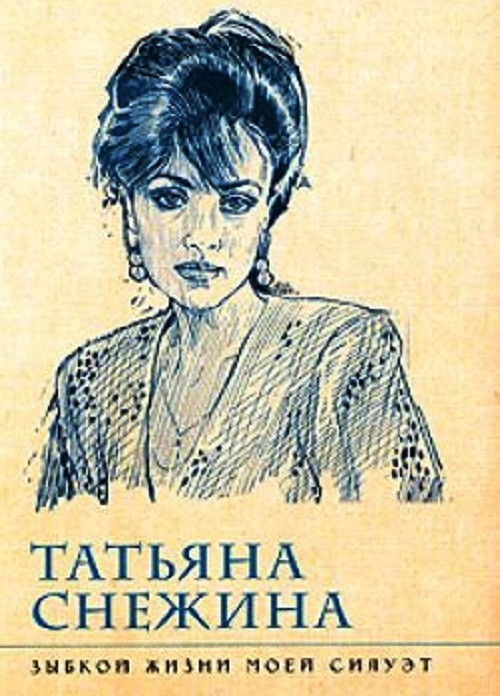 Book cover of her poems 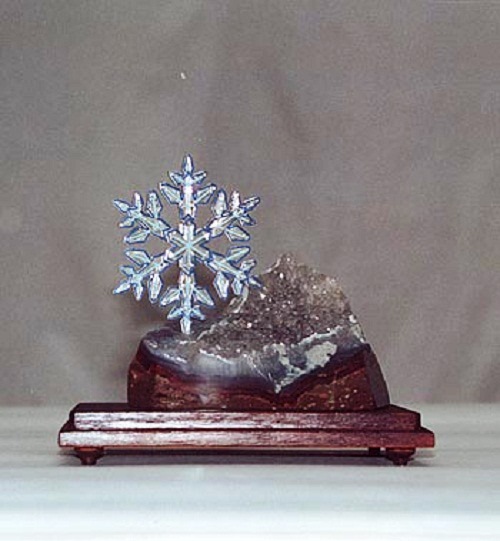 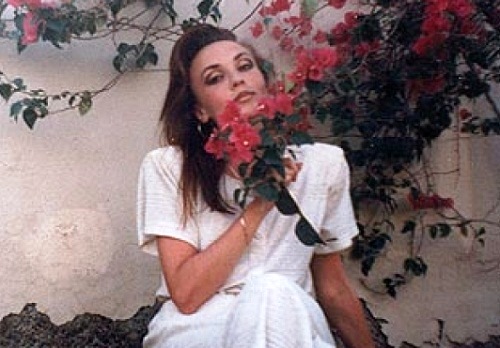 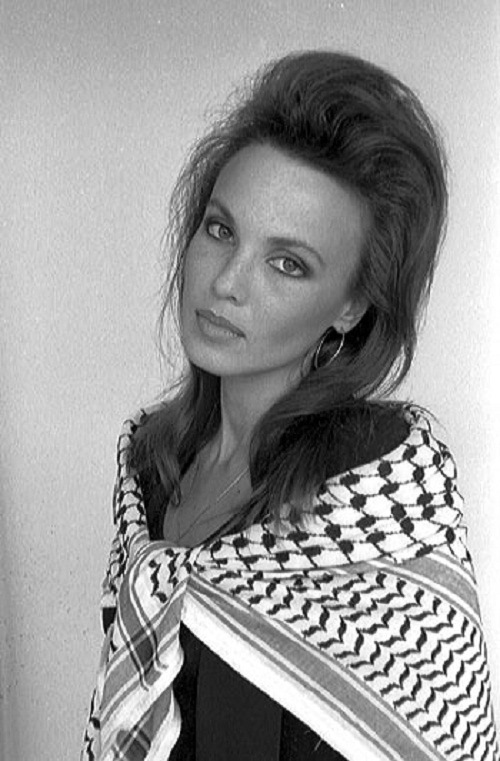 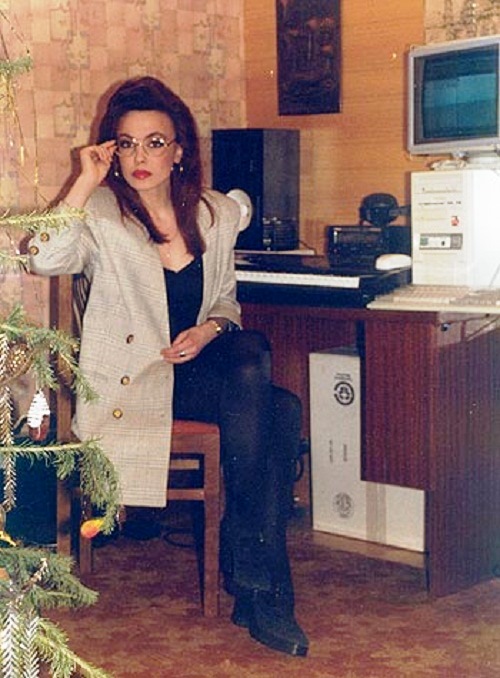 In the photo – Tatyana Snezhina 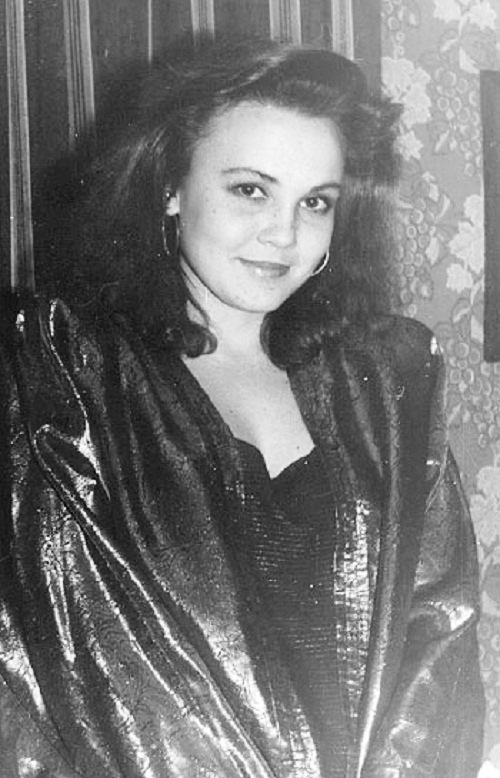 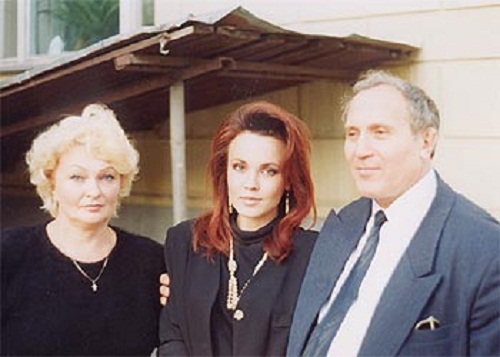 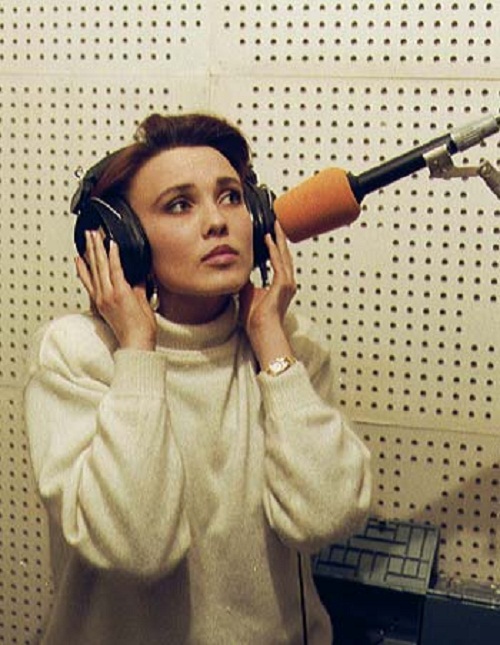 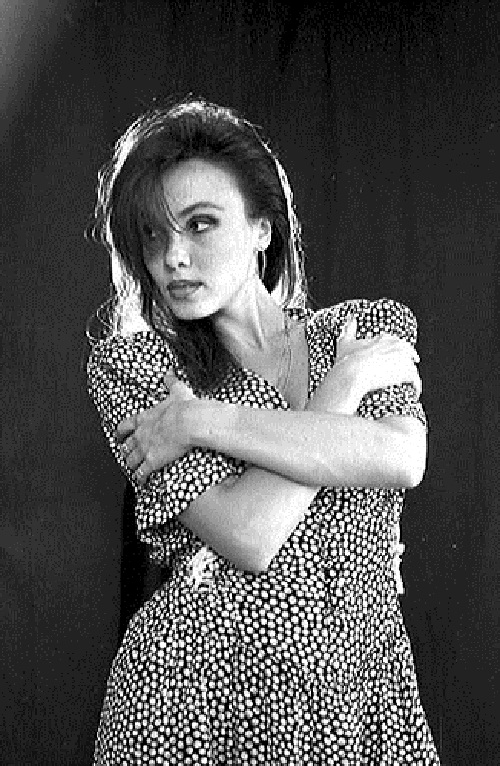 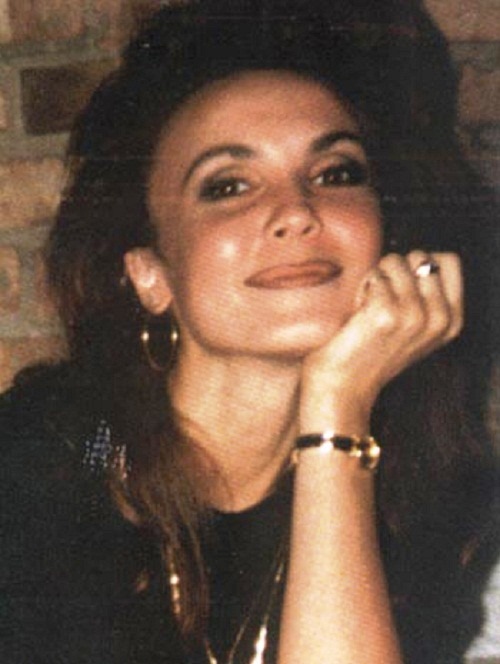 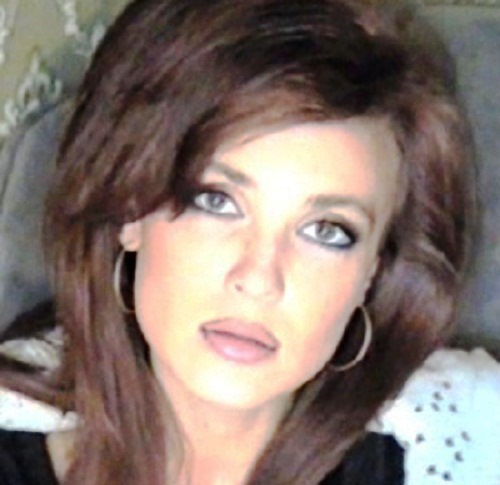 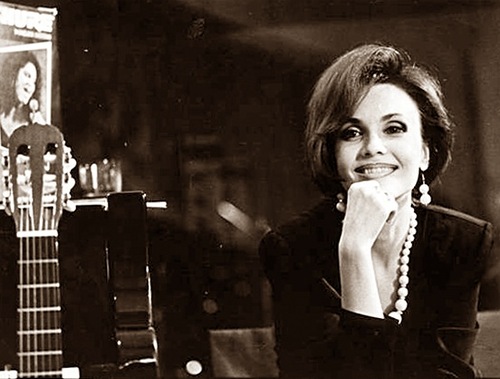 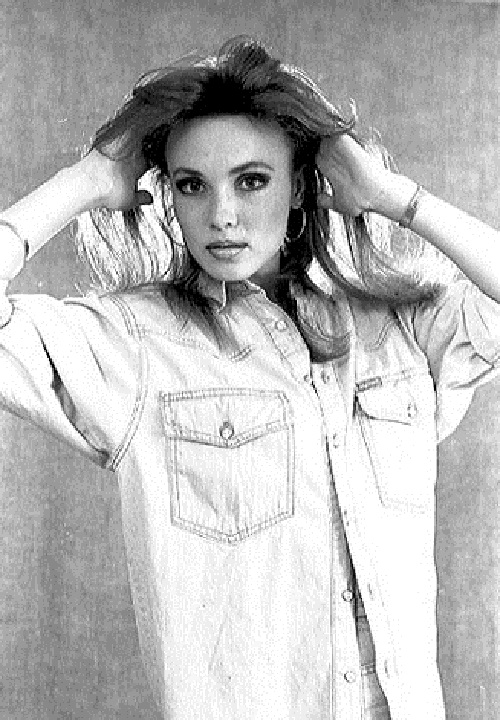 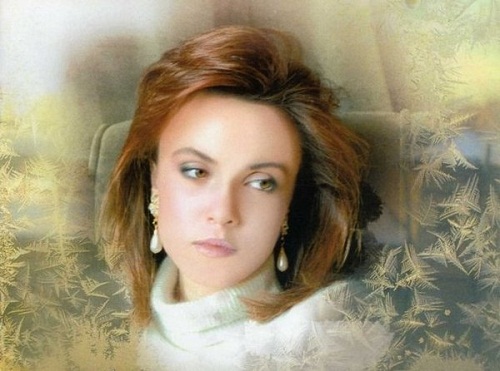 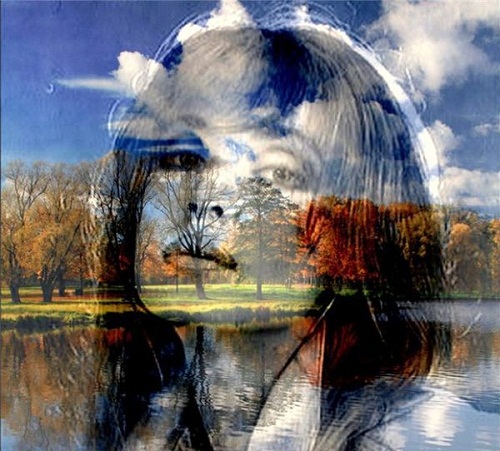 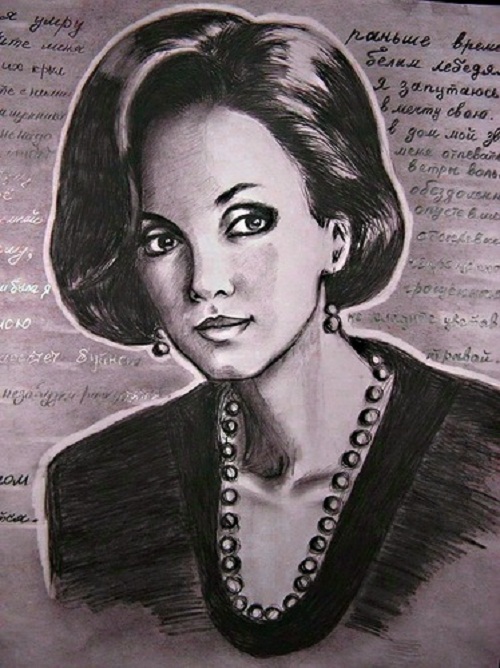 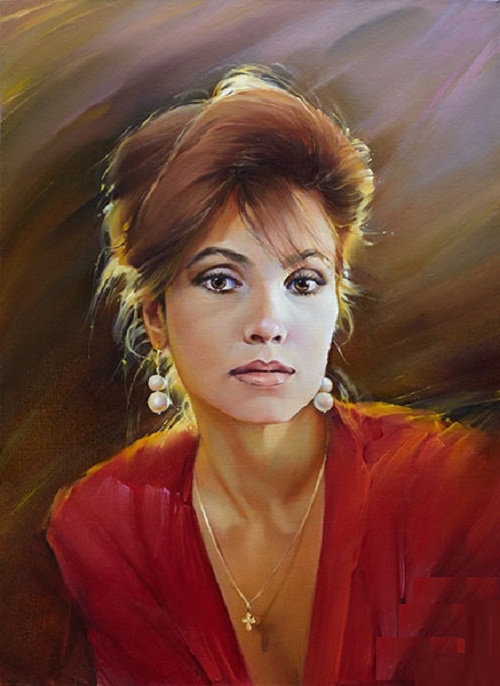 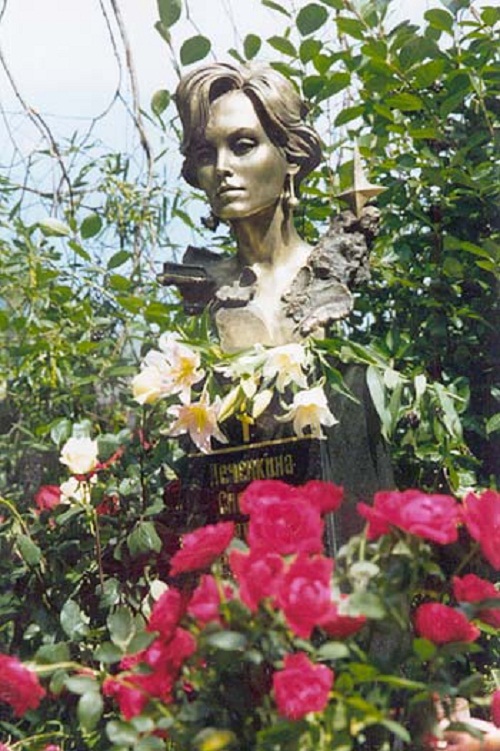 23 year-old Tatyana Snezhina, originally buried in Novosibirsk at the Zaeltsovsk cemetery, the remains later moved to the Troyekurovskoye cemetery, Moscow 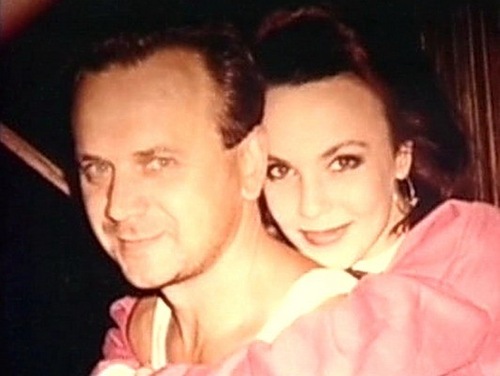 Happy together Tatyana and Sergei Bugayev 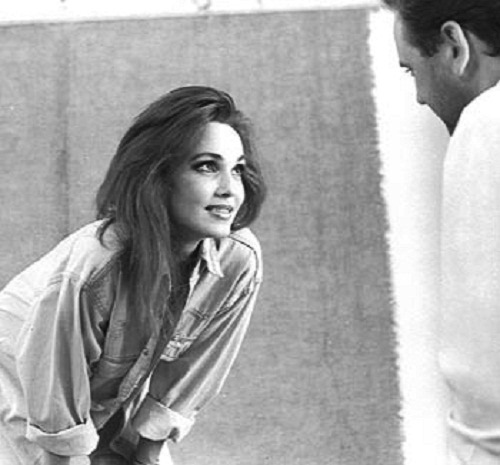 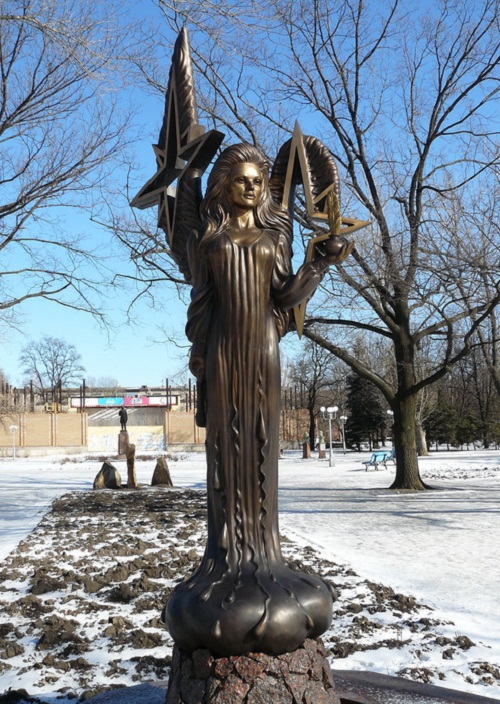 Lugansk, Donbass, in 2010, the residents and the authorities opened bronze monument to Tatyana Snezhina. The author of sculpture E. Chumak 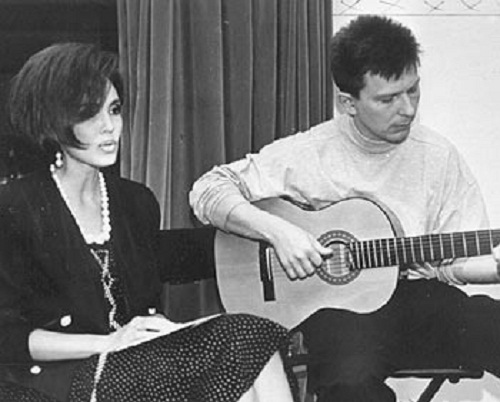 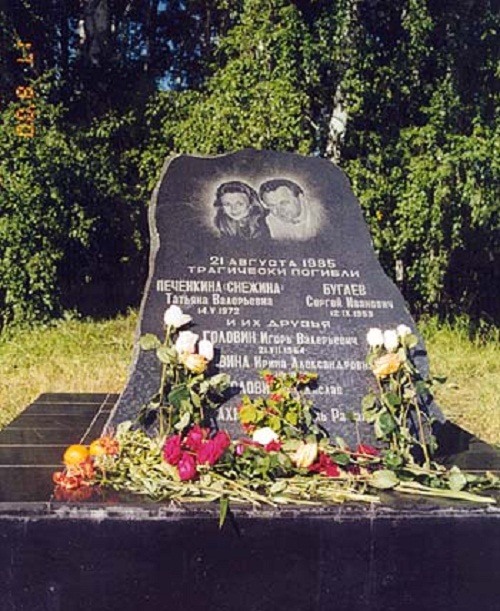 The grave of Tatiana and Sergei 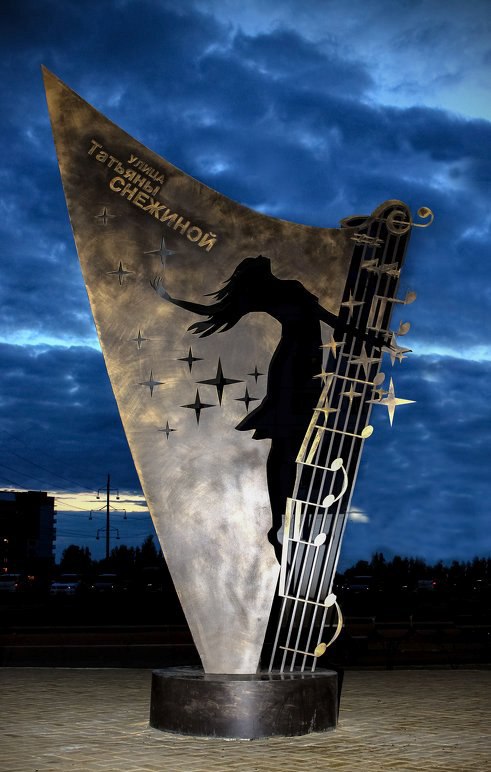 Monument to Snezhina, the author of the song ‘Call Me with You’. Novosibirsk