Flintstones style house is being sold 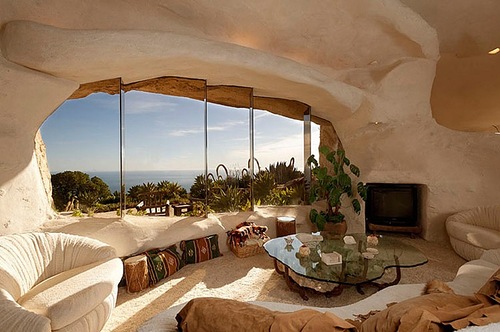 Legendary American TV host Dick Clark and his wife decided to sell their house in Malibu for $ 3.5 million. The Flintstones style house is being sold

Flintstones style house is being sold
An unusual house located in Malibu, California made in “The Flintstones” style, was the property of American radio and television personality Dick Clark and his wife. Meanwhile, the true fans of the cartoon “The Flintstones”, who enjoyed a story about the life of Fred Flintstone and his family in prehistoric times, have a chance now. They have a unique opportunity to live in a fancy house where the interior resembles the popular cartoon. Legendary American TV host Dick Clark and his wife decided to sell their house in Malibu for $ 3.5 million. Unusual structure built in the “cave” style based on the “Flintstones” is on the Pacific coast near Malibu away from the noise of the city. 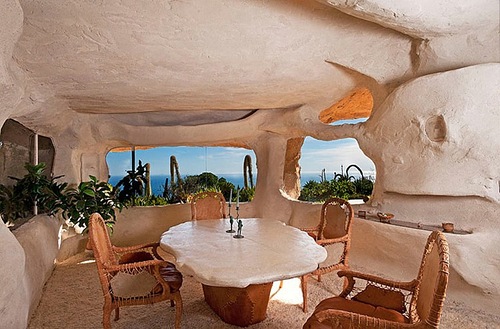 Originally, designers have tried to adjust the building to the surrounding landscape, which should complement it organically.
In particular, the large windows extend space, and through them gets a lot of natural light. Besides, opens a magnificent view of the ocean, mountains and greenery – the valley Serrano, Boney Mountain in the Channel Islands, and the Pacific Ocean.
The unique architecture of the cave simulates Neolithic times, supplemented by some elements of modern life and the general context of the appropriate decor. The house has one bedroom, two bathrooms, kitchen in the style of the Stone Age.

Designer left only necessary furniture, made in geometrically calibrated forms and it was made ​​by order. Cozy sitting area with vaulted ceilings over the head, located next to a wood-burning fireplace, kitchen and breakfast area.

It seems that here you are in a state of complete peace and away from the outside world. But this is a false sense since only in a few minutes walk from the villa there is a comfortable organic public beach.
Construction harmoniously adapts to the surrounding landscape of the Pacific coast, without violating its majestic beauty and its residents by providing beautiful panoramic views.

The Flintstones, an animated, prime-time American television sitcom broadcast from September 30, 1960, to April 1, 1966, on ABC. The show produced by Hanna-Barbera was about a working-class Stone Age man’s life with his family and his next-door neighbor and best friend. In fact, The Flintstones was the most financially successful network animated franchise for three decades, until The Simpsons debuted. In 2013, TV Guide ranked The Flintstones the second Greatest TV Cartoon of All Time (after The Simpsons ranked at first).

Flintstones style house is being sold 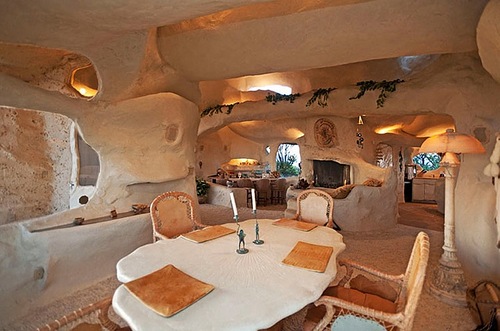 A dining room in the Flintstones style house 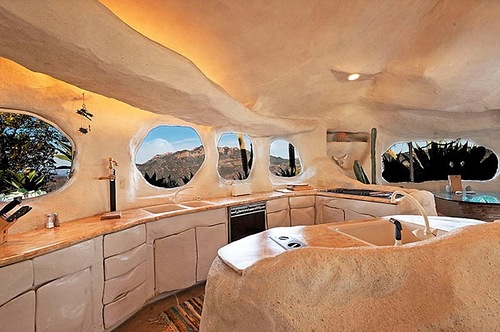 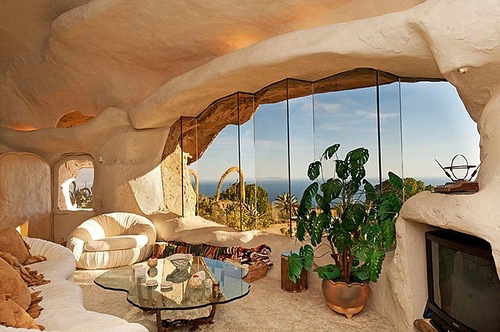 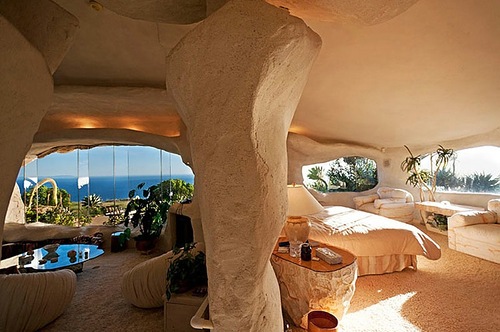 Interior of The house 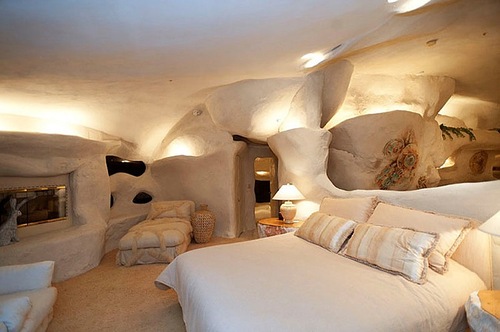 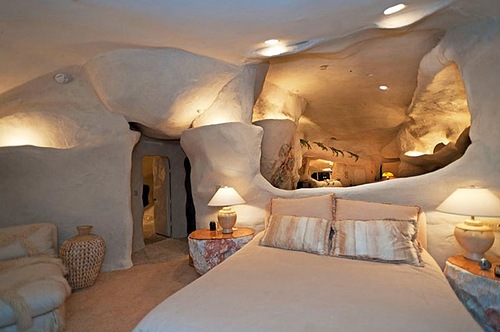 The view of the bedroom 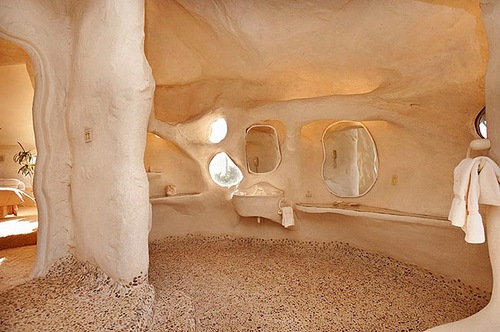 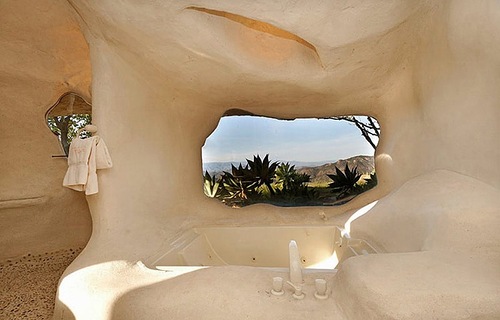 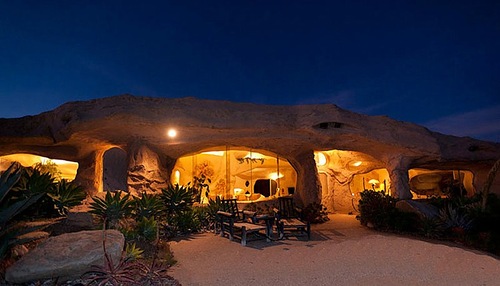 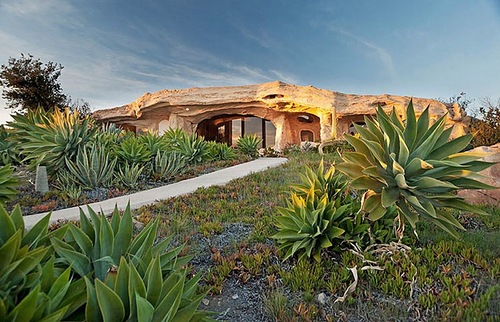 Landscape in the area 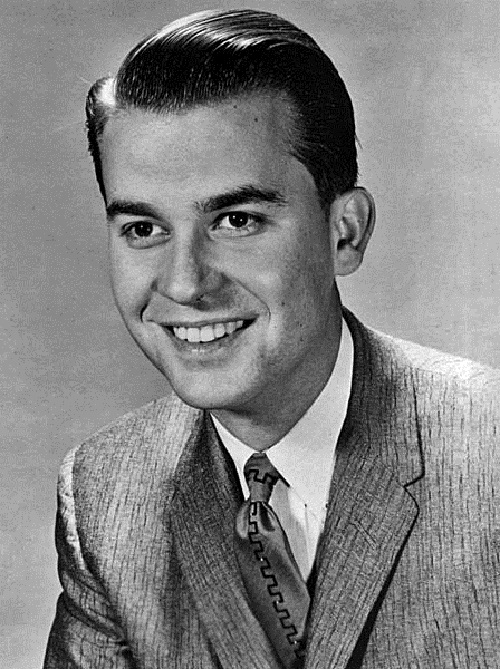