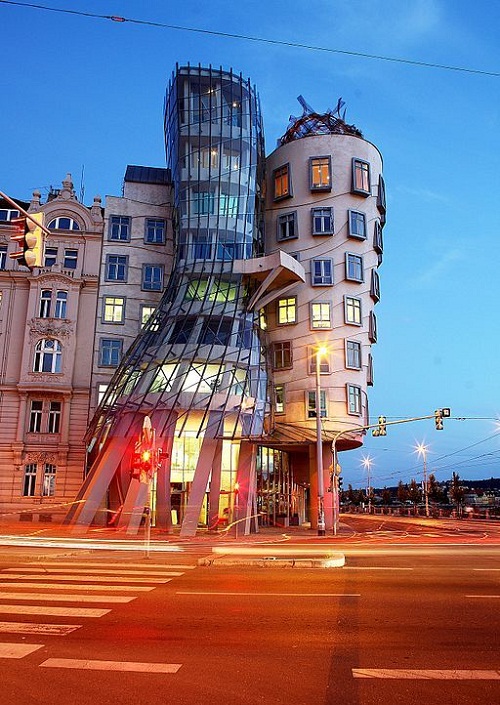 Night view of the Dancing House in the center of the Czech capital, known as Drunk House in Prague

Drunk House in Prague
Known under the names, in the center of the Czech capital Prague is an unusual building, “Dancing House”, or “Drunk House”, or “Ginger and Fred.” In fact, the construction of the “Dancing House” began in 1994 and ended two years later. Meanwhile, earlier in this place were neoclassical style buildings, destroyed during the bombing Prague in 1945 by the Americans (WWII). So, for decades the place resembled ruins, cleaned away only in the 60s. Besides, in the house, next door to the destroyed building lived the future president of Czechoslovakia and later the Czech Republic, Vaclav Havel. 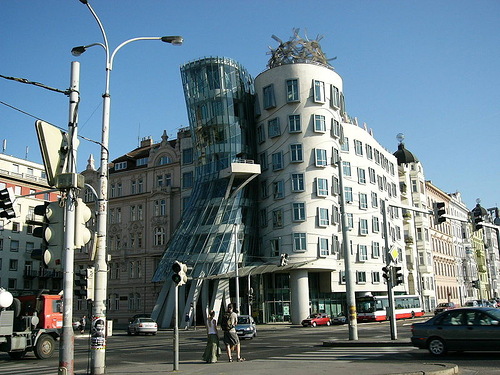 Dancing House in the center of the Czech capital Prague

So, his dream to restore the building came true when he became president of the Czech Republic. First, he began the process of construction with a help of Croatian architect Vlado Milunich and Canadian architect Frank Gehry. The architects decided to create a building in the deconstructionism style.

The building, in particular, consists of two towers – oddly curved and “normal”. The normal tower symbolizes the masculine Yang in Chinese philosophy, and a curved tower – the feminine Yin. In the opinion of the architects, the male wins feminine, to convert it. Interestingly, the curved, female tower even has a name, Ginger, in honor of the dancer Ginger Rogers. And men’s Tower, Fred – named in honor of dancer Fred Astaire.

However, the creators of “Dancing House” had been implemented not all ideas. This house, planned to become a temple of culture, with a library and art gallery, contains offices of various companies. In addition, on the roof of the building there’s a French restaurant “Medusa”.

Meanwhile, the attitude of the residents of Prague to the “Dancing House” is different. Thus, the majority (68%, according to polls) like this architectural wonder. In their opinion, the house fits perfectly into the style of Prague – the “city of hundred spiers”. However, there are those who are against the new-fangled home. Also, the opponents say that next to the “drunk house” are the classic sights of Prague, for example, the National Theatre and Prague Castle.

In any case, the “Dancing House” leaves no one indifferent. 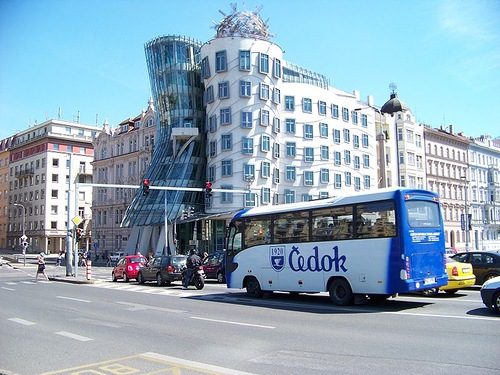 Unique Dancing House in the center of Prague 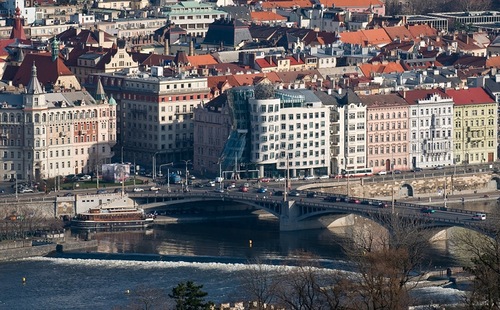 The extraordinary House in Prague 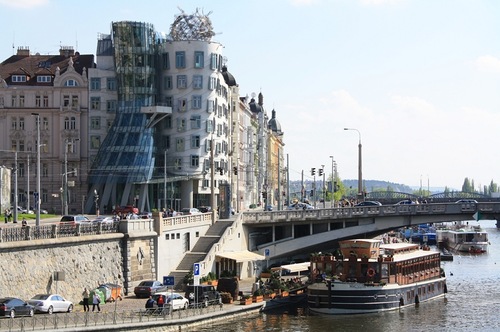 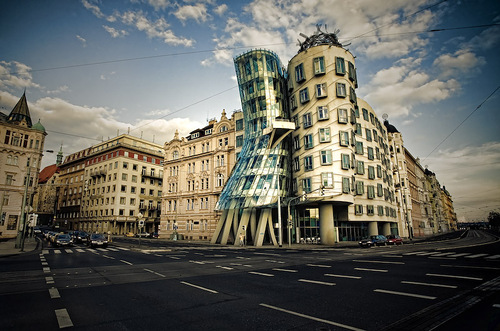 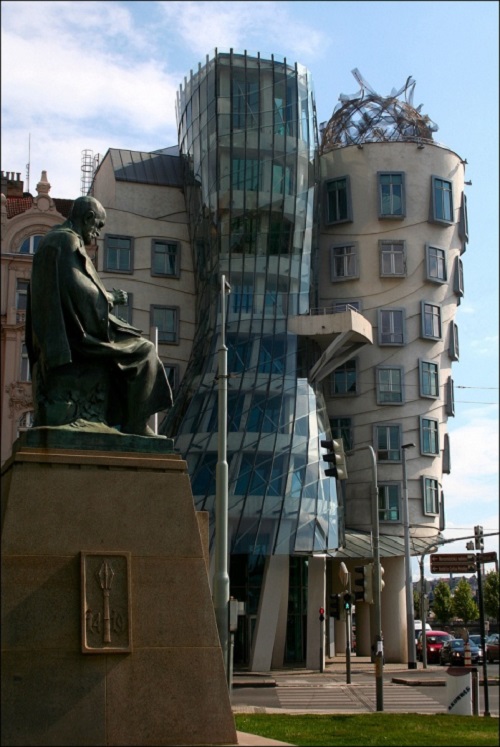 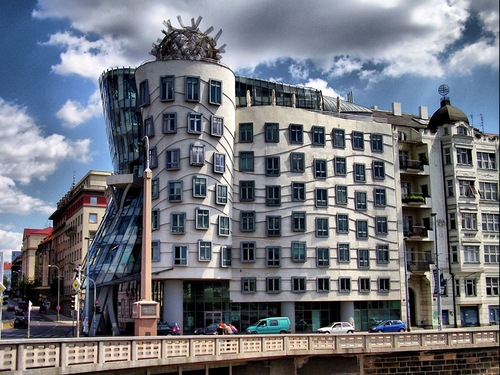 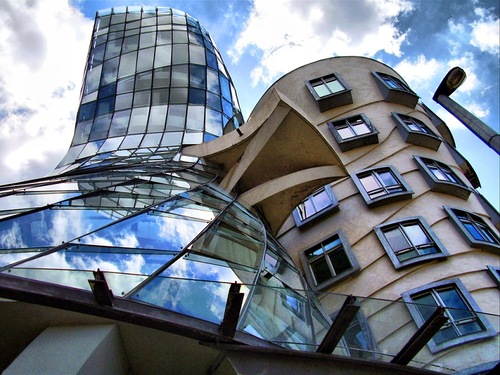