The Largest Koran In The World 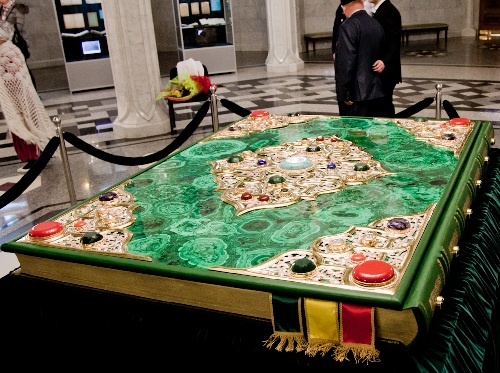 The cover of the Muslim shrine made of malachite and encrusted with corals, turquoise, jasper, gold leaf and silver. All 632 pages of the unique edition made of special Scottish paper. Al Quran Al karim – The Largest Koran In The World

located in Kazan Kremlin, The Qol Rif Mosque, at the time of its construction had a reputation of the largest mosque in Russia, and in Europe outside of Istanbul. And now they exhibit Al Quran Al karim – the largest Koran in the world there. Interestingly, the Koran was made in Italy by the company ‘Reverra Ltd’ (2011). Meanwhile, the book has a weight of 800 kg; measurements: 2 m x 1.5 m x 25 cm. It consists of 632 pages which have a weight of 250 g. The cover – incrusted with gold leaf, silver, malachite, jasper, turquoise, topaz, and gold stone. 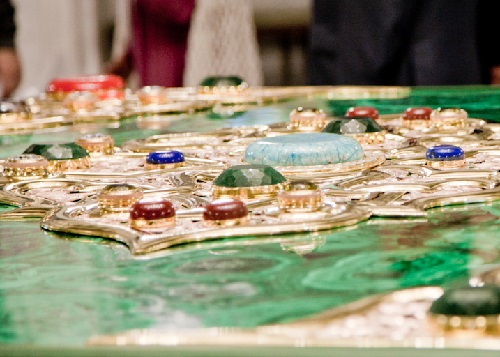 Known as Al Quran Al karim, made in Italy, the Largest Printed Koran In The World. The unique edition has already got into the Guinness Book of Records, and the Ministry of Culture of Russia has recognized the book as a cultural value

The world’s largest printed Koran company was created in Italy by the company Reverra in 2011 by order of the National Renaissance Foundation of historical and cultural monument of Tatarstan “Revival – Yanarysh”.

In May, they plan to transfer the Koran to the ancient city of Bolgar, Tatarstan, the place where Volga Bulgaria officially accepted Islam as a state religion 922.

The Largest Koran In The World 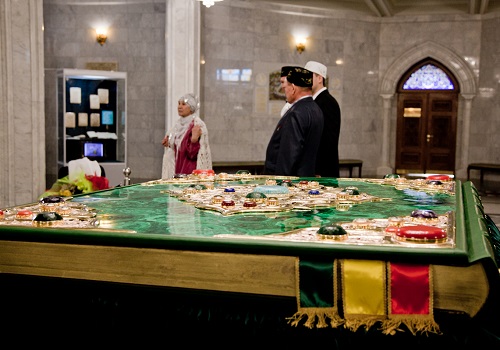 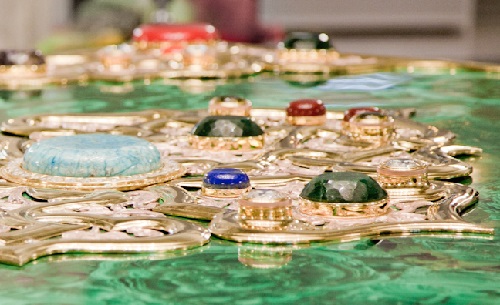 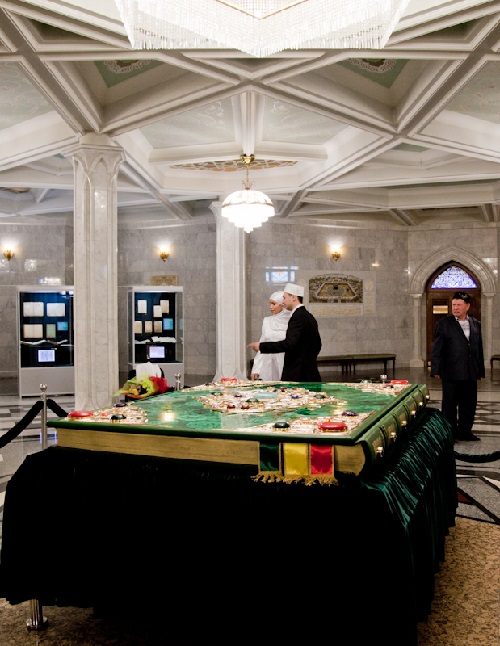 Dimensions of the book are two to one and a half meters, and weight – 800 kilograms 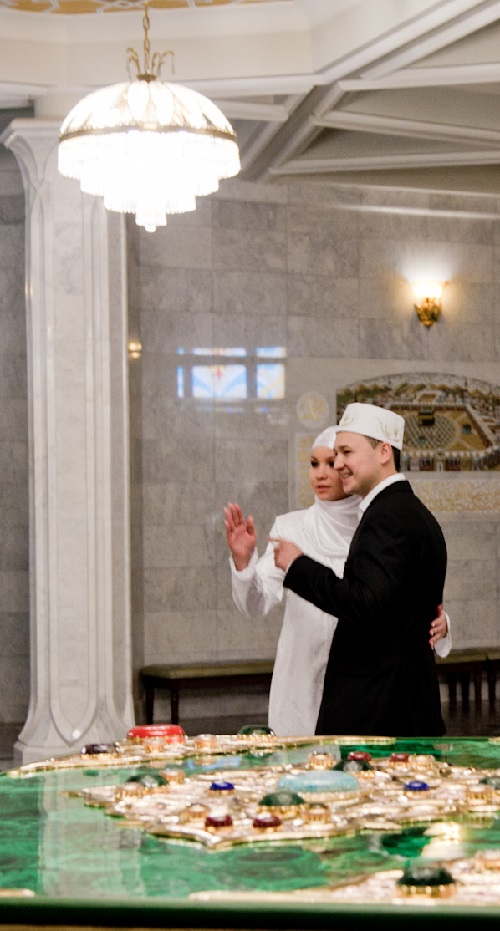 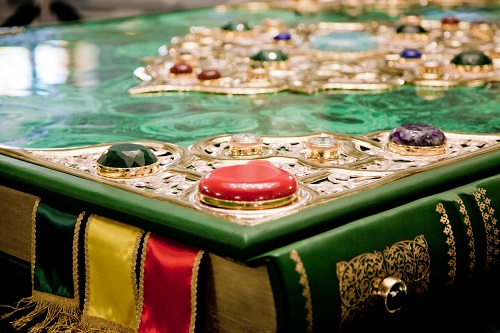 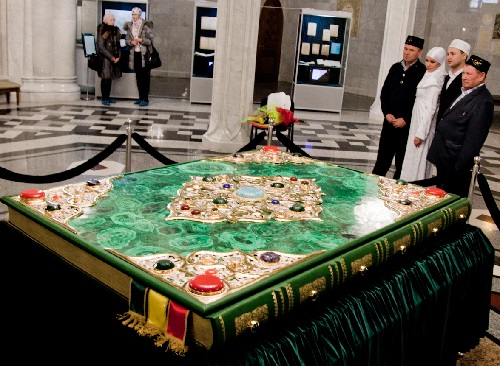 Commissioned by the Revera LTD., The Republican Foundation for the Revival of Tatarstan’s History and Culture Monuments – The Largest Printed Koran In The World