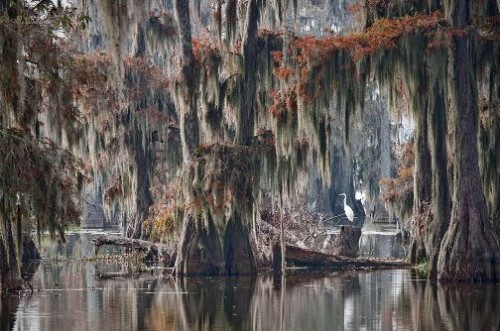 Caddo Lake with world largest Cypress forest
Located on the border between two states – Texas and Louisiana, the USA, the Caddo is a unique lake. Named after the Southeastern culture of Native Americans Caddoans or Caddo, who lived in the area until their expulsion in the 19th century. Interestingly, since 1965, the Caddo has had hundreds of alleged Bigfoot sightings, according to the Texas Bigfoot Research Center. Noteworthy, the state protects the area of the lake as the place where grow the largest Cypress forest on the planet. According to Caddo legend, which is more truth than legend, the lake appeared due to the 1812 New Madrid Earthquake. Also, most geologists think that Caddo Lake was formed gradually rather than catastrophically. Impressive Cypress trees, especially those that are growing in swamps, often have special formations, called “cypress knees”. They are appendages resembling hemp, but growing directly from the roots of a tree. Buttressed bases and a strong, intertwined root system allow them to resist very strong winds. Even hurricanes rarely overturn them. 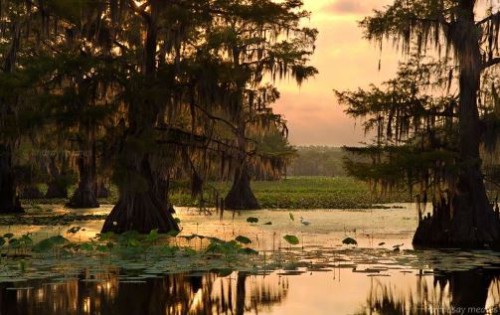 The wonderful Lake surrounded with the largest Cypress forest

Considered to be a symbol of the southern swamps, the bald cypress has been the official state tree of Louisiana since 1963. 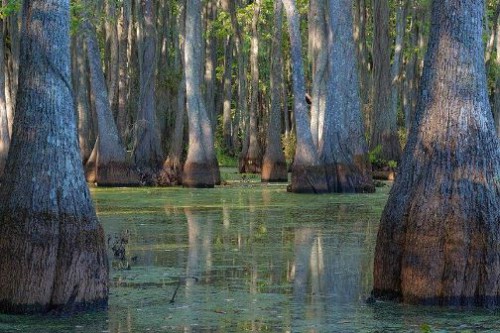 Traditionally, people use Cypress trees in the making of shingles. For example, Joshua D. Brown, the first settler of Kerrville, Texas. He made his living producing shingles from cypress trees growing along the Guadalupe River of the Texas Hill Country.