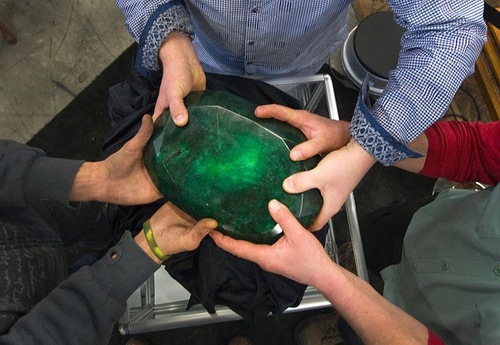 World largest emerald of watermelon size no longer sold
In late January, the world learned about the gem – a huge emerald of 57 000 carats mined in Brazil. Noteworthy, the stone weight was 11.5 kg, that’s why people immediatelu called it “God’s gift.” Soon after, the world’s largest cut emerald appeared at auction, and the estimated price was $ 1.15 million. However, in the area of precious stones trade happened a scandal. Unfortunately, the largest emeralds in the world, weighing over ten pounds exhibited at auction in Canada, was not an emerald at all. And his owner was arrested for fraud.
Moreover, the proposed price at auction was relatively small. For example, the previous record holder, a Colombian emerald “Wagon” at 11,000 carats, worth approximately 150 million USD. 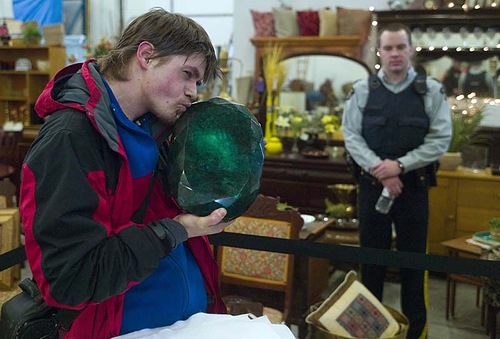 In fact, the world’s largest faceted emerald in the history of these stones has the size of a watermelon. However, the exact spot where they found the treasure, is still a secret.

A Canadian named Regan Rini bought it for 1.15 million dollars and put up for auction in the Canadian province of British Columbia. In the photo: Regan Rini, co-owner of the world’s largest emeralds, sees a stone.

Emerald “Teodora” (God’s gift), weighing 11.5 kg (57 500 carats) appeared at auction in Canada on Saturday. Rini was going to get at least 1.15 million dollars. However, on the day of auction, the owner of a giant emerald turned out to be a fraud and, accordingly, arrested. And according to reports, it was not the first case of this man involved in fraud.

Researched by professionals emerald – is most likely a white-colored beryl, which is not of great value. Besides, many gemologists share this opinion, having carefully studied the photos of fake emerald. 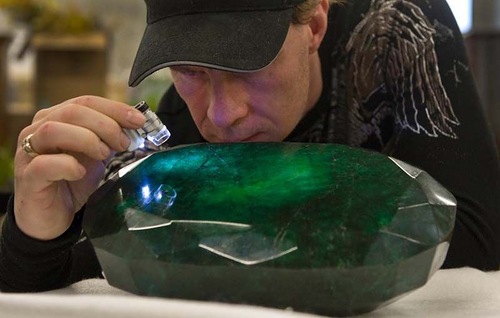 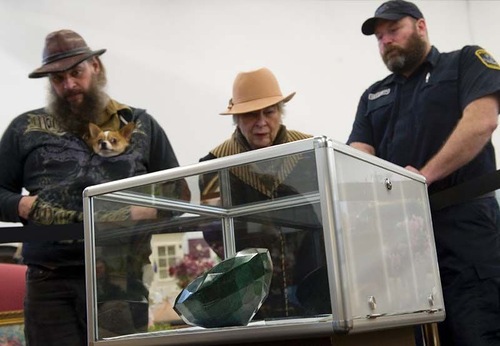 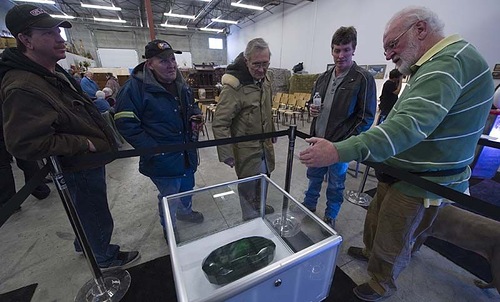 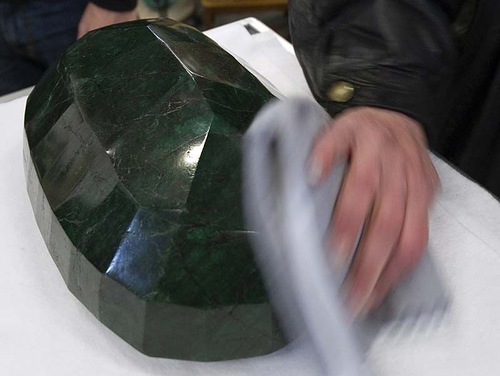 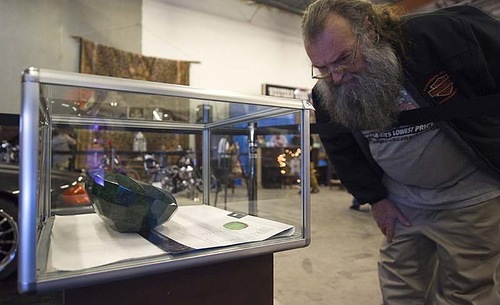