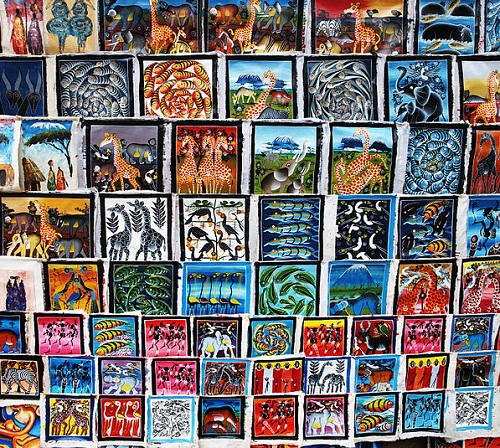 Tingatinga painting tourist-oriented art
First of all, this style of painting was born in Africa in 60s of the twentieth century. Its founder was Eduardo Saidi Tingatinga and his name gave the start to this art. Born into a poor peasant family, Eduardo spent his childhood in a village of Nakapanya, in southern Tanzania. According to some sources, it happened in 1932, but according to others in 1937. Meanwhile, what exactly made Eduardo draw was probably memories of village life, or fairy tales and myths, which he had heard from his grandparents. Besides, it could be European colorful posters or images of Hindu deities, he had seen in the shops and houses where he worked. Perhaps, he became an artist because he simply had to earn money. So, the first pictures he drew on cardboard, and before that – on the walls of houses. 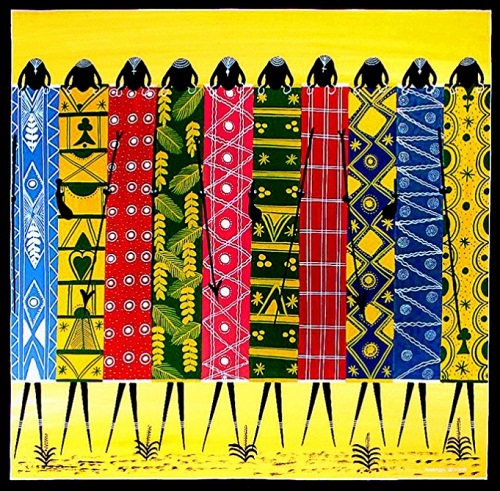 Initially, all the work was about the size of 60×60 cm, which led to what some sources called Tingatinga, or “square painting.” To create the paintings he used enamel paint, that same paint usually used for cars and bikes. And sometimes with the addition of oil. Eduardo Saidi Tingatinga sold his paintings on the streets of Dar es Salaam – Morogoro town in Storrs, Osterbey area where lived many Europeans. And there, next to Muhimbili Hospital, where he was working.

Unfortunately, in 1972 a policeman who mistook Tingatinga for a fugitive, accidentally killed him. The Tingatinga school survived him, and grew in size and relevance. Meanwhile, through Tingatinga’s followers and imitators, the Tingatinga style gradually became the prominent type of tourist-oriented paintings in both Tanzania, Kenya, and a large part of East Africa. Tingatinga was buried at the Msasani Cemetery in Dar es Salaam.

Since the mid 80’s, almost every year, take place exhibitions in galleries and museums in France, England, Germany, Switzerland, Italy, the U.S. Japan, and Scandinavian countries. 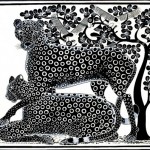 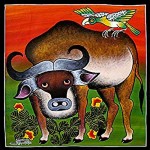 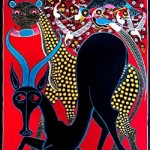 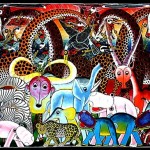 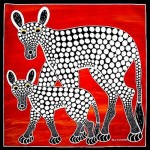 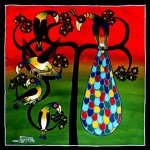 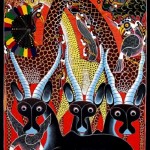 Giraffes and other animals 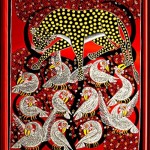 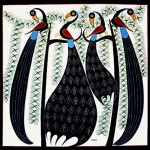 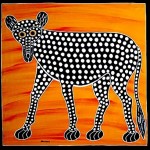 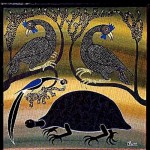 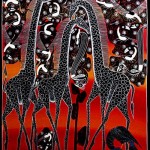 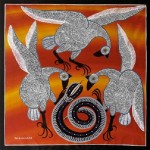 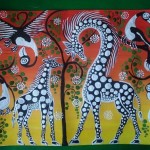 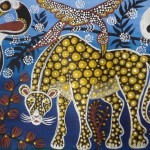 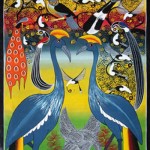 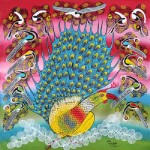 Fauna is the main motif of Tingatinga painting 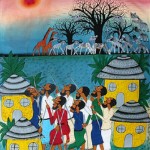 In the village. Hot day in savanna 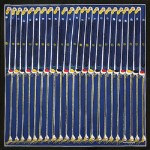 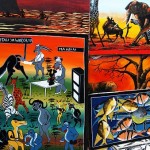 Hospital for animals and other paintings of Tingatinga art 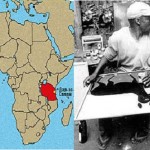