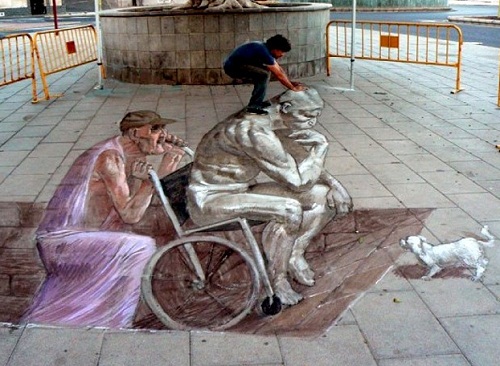 “Thinker”. Amazing optical illusions – 3D graffiti by Eduardo Relero, Argentinian artist, who has created worlds of wonder on pavements all over the globe

3D graffiti by Eduardo Relero
More than 20 years, an Argentinian 3D street artist Eduardo Relero pleases and amazes residents of various countries. In particular, Italy, France, Germany, America, Spain and his native Buenos Aires. Created by him worlds of wonder on pavements attract many viewers. According to the artist, his teacher and principal inspiration is Kurt Wenner. Wenner is the present master of street art and the organizer of one of the most famous festivals of chalk drawing in Sarasota. This Festival has become a serious step for Eduardo Relero. Besides, his fans constantly expanded, and Eduardo’s creative style has become a recognizable trademark. No one paints the way he does it – the dreamer, a humorist and a big fan of surrealism. 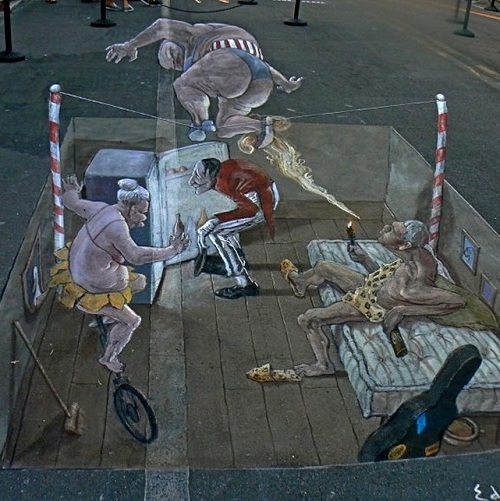 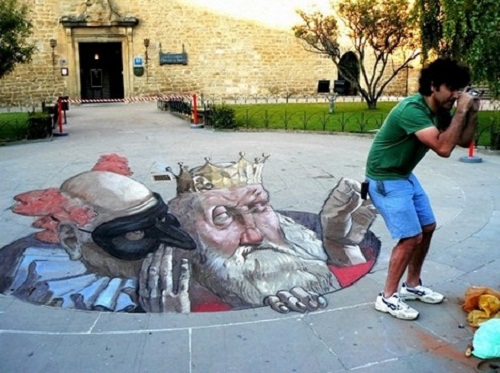 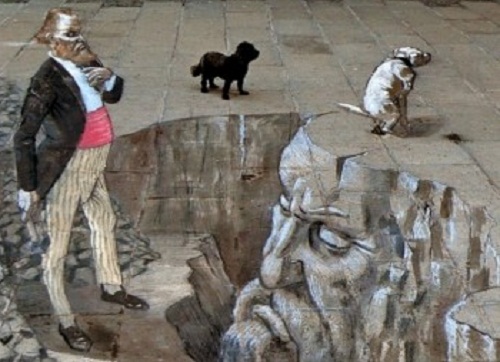 The reality and the illusion combined in three-dimensional graffiti 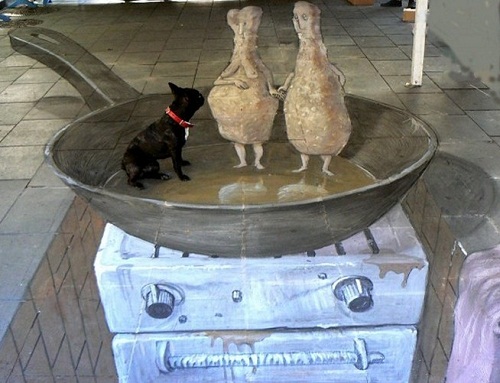 Seems like a real dog is shocked by what he sees 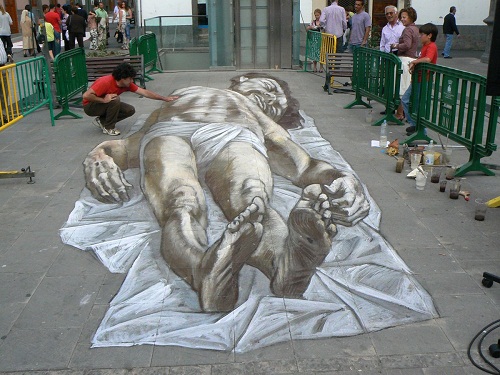 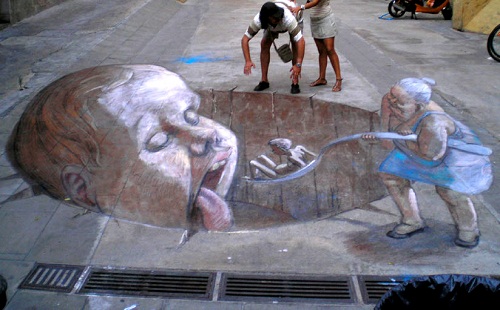 Something scary. Weird worlds of wonder in three-dimensional street painting 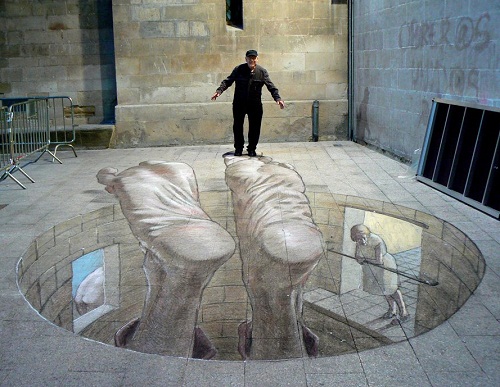 A visitor stands next to a 3D mural called, ‘Insesatez’, in Lleida, Spain 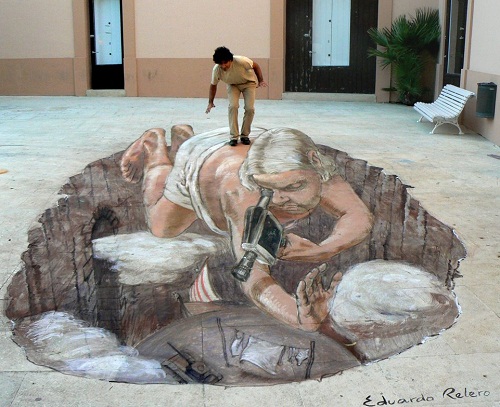 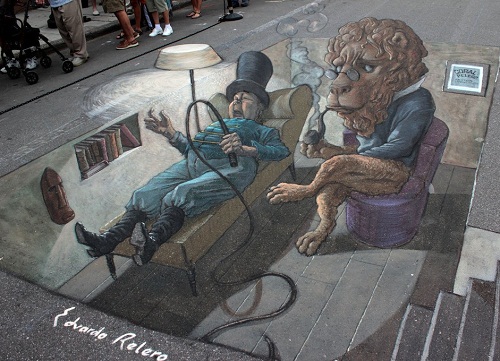