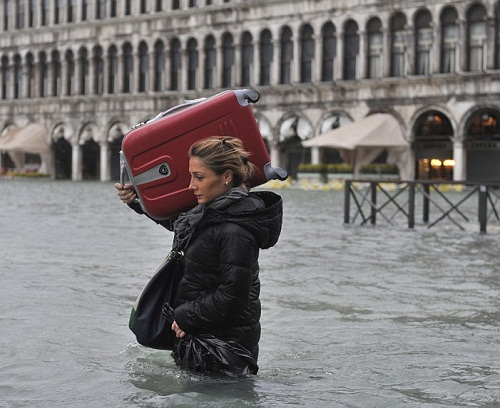 A girl with a case. Venice goes under water

Venice goes under water
One of the most beautiful European cities Venice literally goes under water. Noteworthy, this flood is the sixth of the strongest in the history of Venice. According to the monitoring institute, approximately 70% of the city flooded due to heavy rains. Also, due to a strong South wind, which caused a sharp rise in sea level. Thus, the water level in the canal city rose to 140 cm (55 inches) above normal. Some people think it would take huge amounts of money to keep it from sinking. Money, which the rest of Italy is either unable or unwilling to give. In fact, these are the reasons why Venice floods. 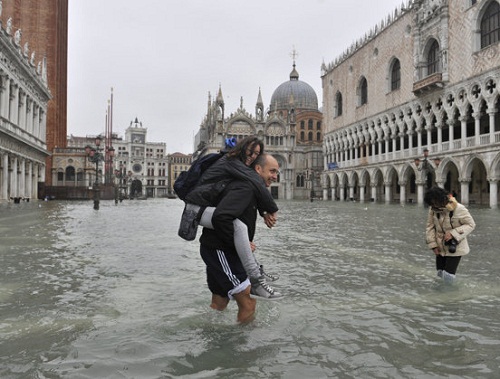 The way to cross the street 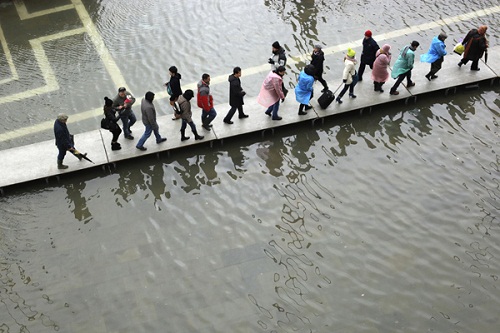 Tourists walk in Saint Mark’s square on a raised platform during a period of high water, which happens periodically from high tides during the winter months, in Venice November 26, 2010 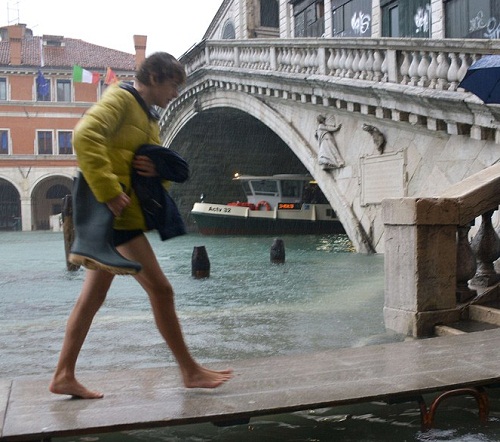 Photo of a young man walking in the street 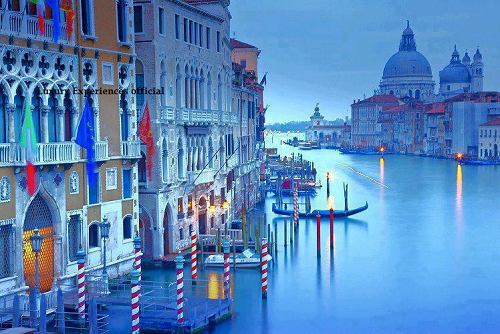 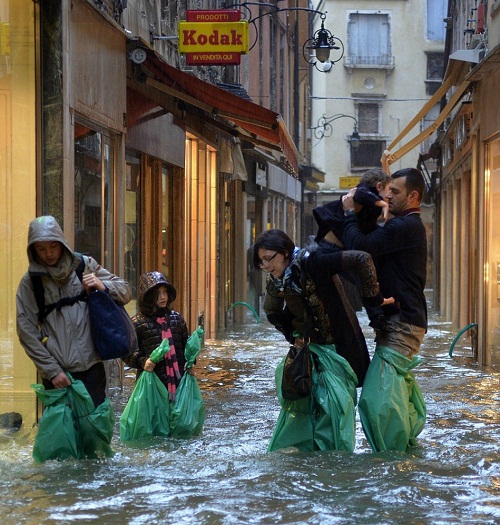 Walking in the street 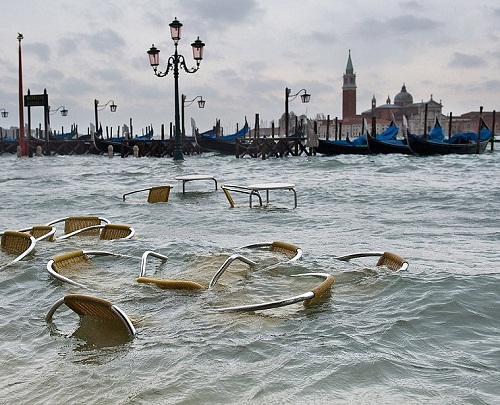 The view of flooding in the beautiful city 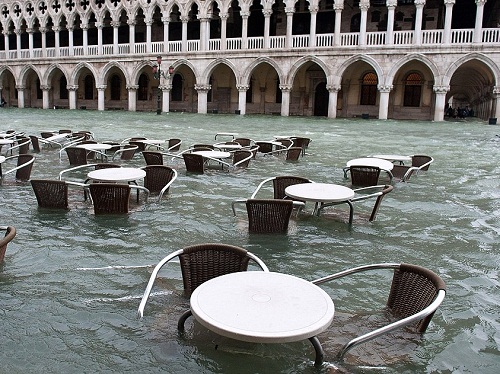 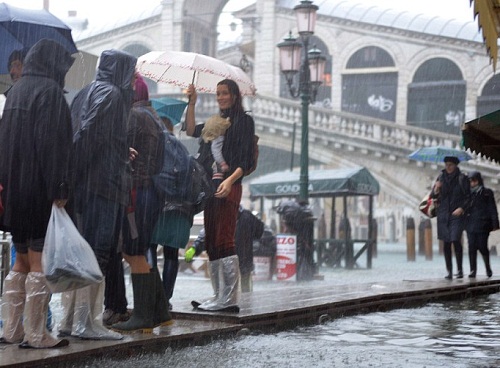 Residents during the flood 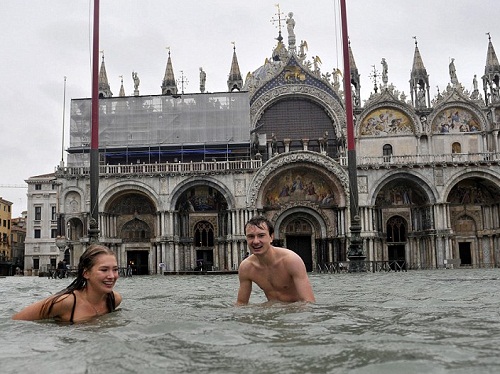 A couple in flooded street 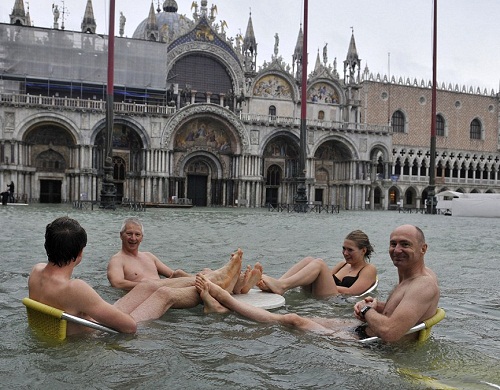 Some even enjoy the flood 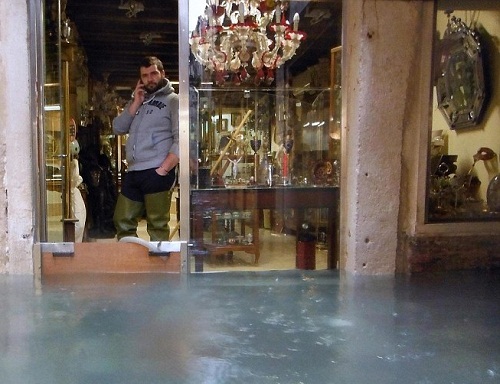 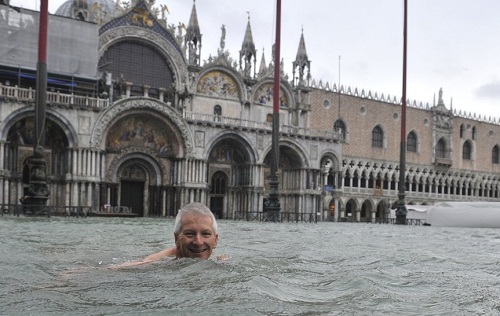 A man swimming in the street waters 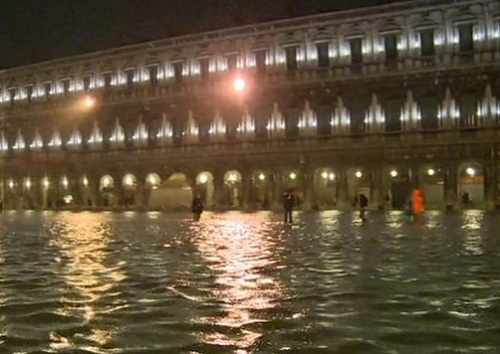 According to the monitoring institute, water level in the canal city rose to 140 cm (55 inches) above normal 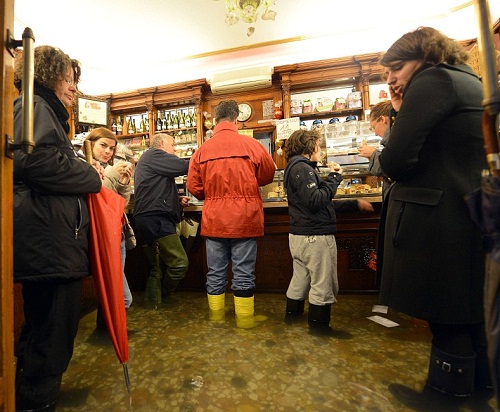 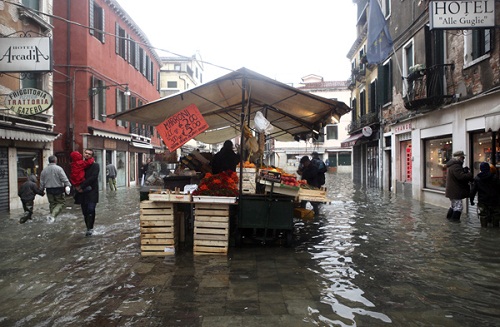 A fruit stand at a local market in a flooded street, November 1, 2012 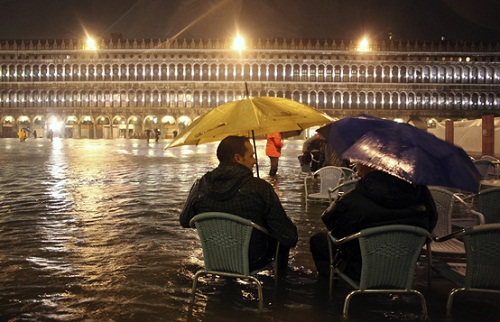 People sit on chairs in a flooded St Mark’s Square at night during a period of seasonal high water in Venice November 1, 2012. The water level in the canal city rose to 140 cm (55 inches) above normal, according to the monitoring institute