Walking through the halls of the Hermitage. Part 3 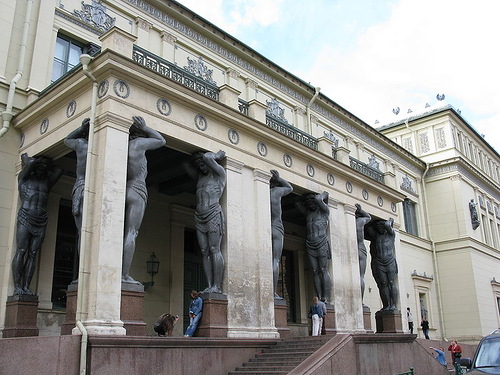 Part 3. Walking through the halls of the Hermitage

Walking through the halls of the Hermitage. Part 3.

Russia’s first building, purpose-built public art museum, New Hermitage is a part of the State Hermitage. Known for its portico with ten giant statues of Atlantis. In tsarist times the main staircase served as entrance to the Imperial Museum, the New Hermitage, opened in 1852, the building was erected by order of Nicholas I, by the architect Leo von Klenze. The interior is harmonious proportions and noble colors. Polished artificial marble high walls resemble the color of Siena marble. Twenty gray granite columns decorate the upper gallery. Openwork iron grilles soften the architectural severity of the stairs. XIX century European sculpture as well as vases and lamps, created by Russian stone cutters of XVIII-XIX centuries are placed at this site. 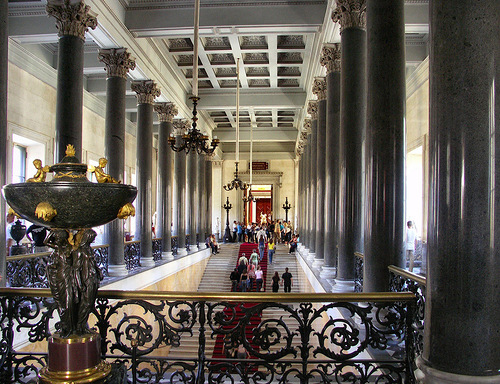 Openwork iron grilles soften the architectural severity of the stairs

The Knights’ Hall is one of the big gala halls of the Imperial Museum of the New Hermitage. Originally the hall, decorated with paintings in the Neo-Greek style, intended for exhibition of coins. The hall is a part of the rich collection of weapons Hermitage, numbering about 15,000 items. Exposure of Western European art weapons XV-XVII with wide range of tournament subjects, parade and hunting weapons and suits of armor, edged weapons and firearms include products of famous masters of the best gun shops in Europe.

In the center of the hall there are the figures of knights in armor of the XVI century, on horseback, covered by armor. This cavalcade appearance recreates medieval armies ready for a fight or contest

Most Kolyvan vases is a work of art. Created from green jasper, weighing 19 tons, it is rightly called the “queen of vases.” It really is the queen, subtle, majestic and unique. The vase height with pedestal – 2.57 m, a large diameter of 5.04 m, and the small – 3.22 m. This is the largest vase in the world. Work on creating vases lasted for about fourteen years, and was completed in 1843. Made from a single monolith of about five and a half meters, found in the quarries of the Altai in 1819.

Small Italian Skylight in the New Hermitage – one of the three large interiors with a “skylight”. The dome of the hall richly decorated with gilded moldings. Presented here pictures of XVI-XVII centuries are part of the exhibition of Italian art – one of the largest in the Hermitage. Exhibition occupies 29 rooms and covers the period XIII-XVIII centuries.

Arches of the hall are decorated with stucco ornamentation, which is dominated by the Renaissance motifs. Here, as in other halls of the New Hermitage, you can see the furniture created in the XIX century on the drawings of Leo von Klenze and Auguste de Montferrand. The room features products of Russian stone cutters of the XIX century. 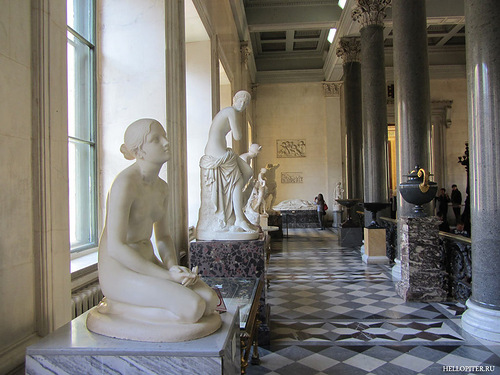 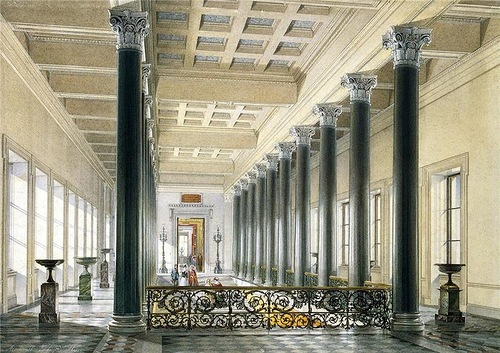 Statues in The Knights’ Hall 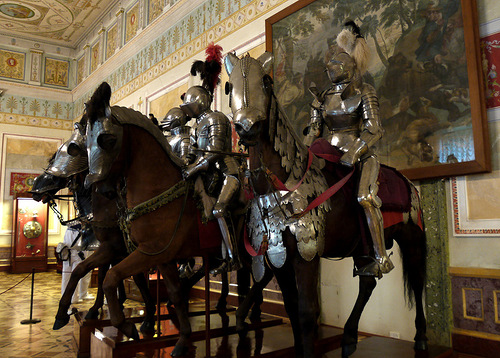 In the center of the hall there are the figures of knights in armor of the XVI century, on horseback, covered by armor. This cavalcade appearance recreates medieval armies ready for a fight or contest

figures of knights in the Knights’ Hall

Sculptures in The Knights’ Hall

Exhibit in The Knights’ Hall

Helmets in The Knights’ Hall 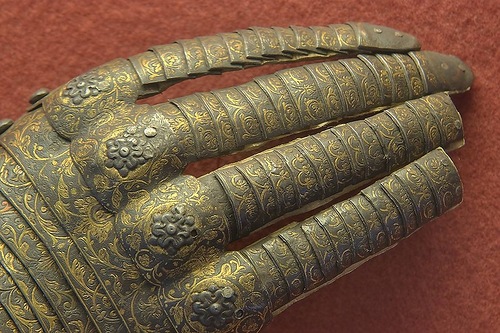 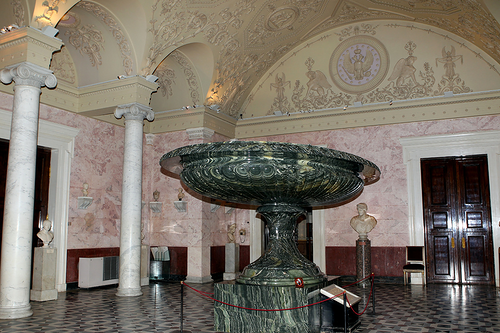 Kolyvan vase in the New Hermitage 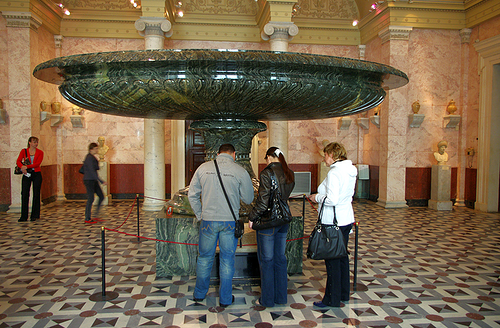 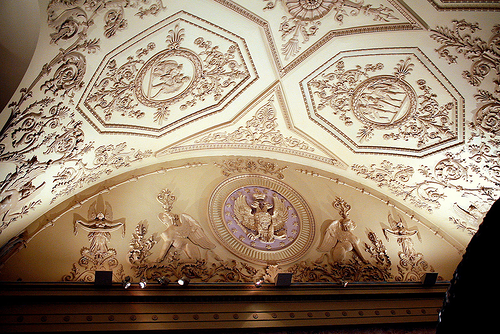 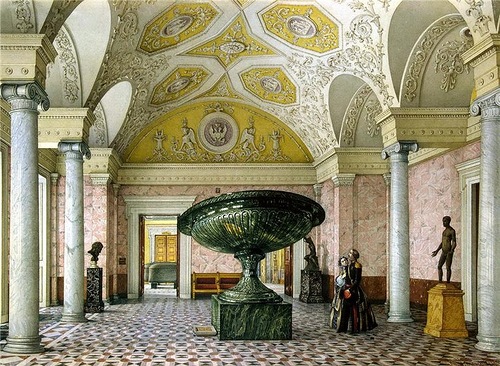 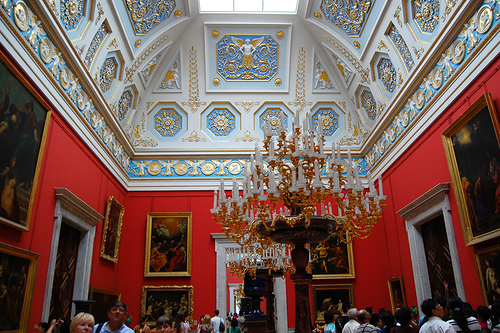 Skylight in the New Hermitage 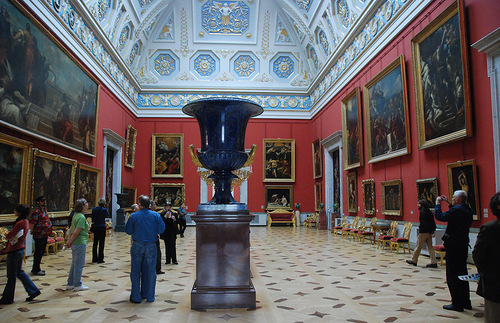 Skylight in the New Hermitage

Italian art – one of the largest in the Hermitage

One of the largest in the Hermitage – Italian art exhibition 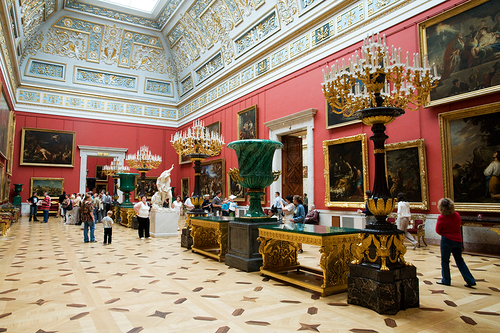 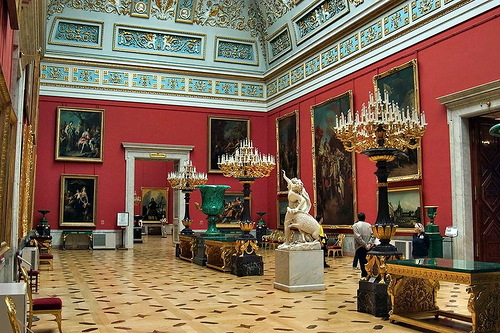 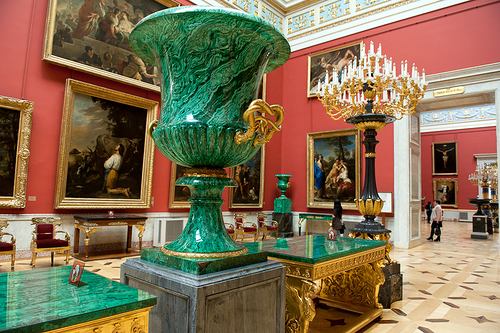 Vase in the hall of exhibition of Italian art 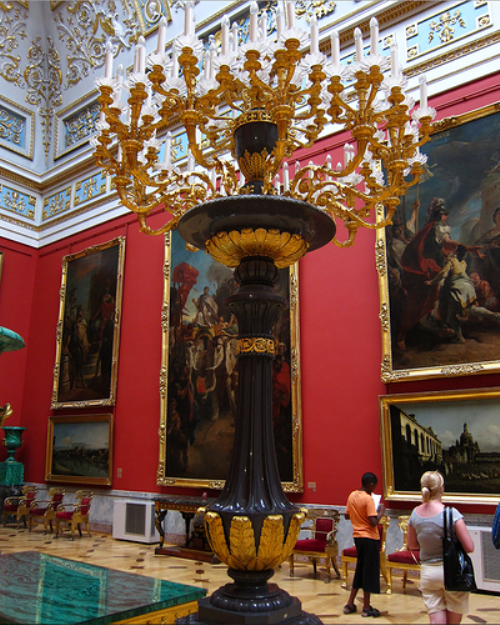 A hall with the exhibition of Italian art 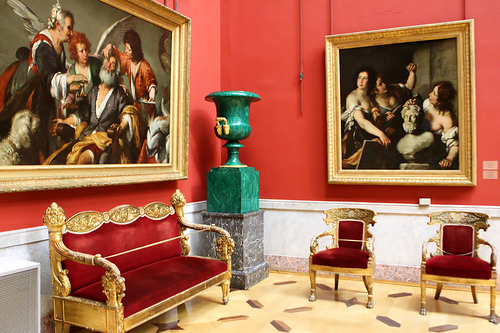 Bernardo Strozzi – Allegory of the Arts. 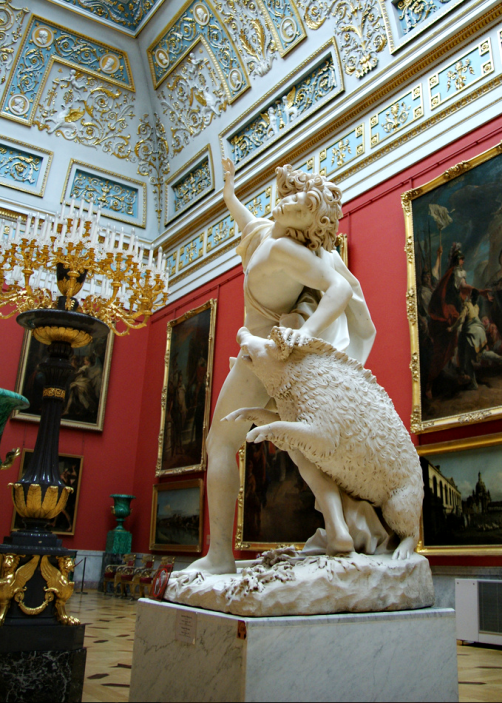 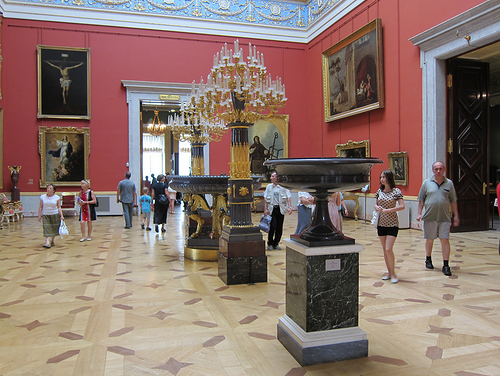 Tourists Walking through the halls of the Hermitage 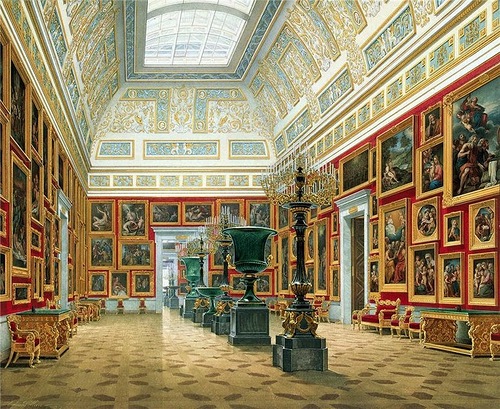 Edward Hau – Interiors of the New Hermitage. Hall of the Spanish school