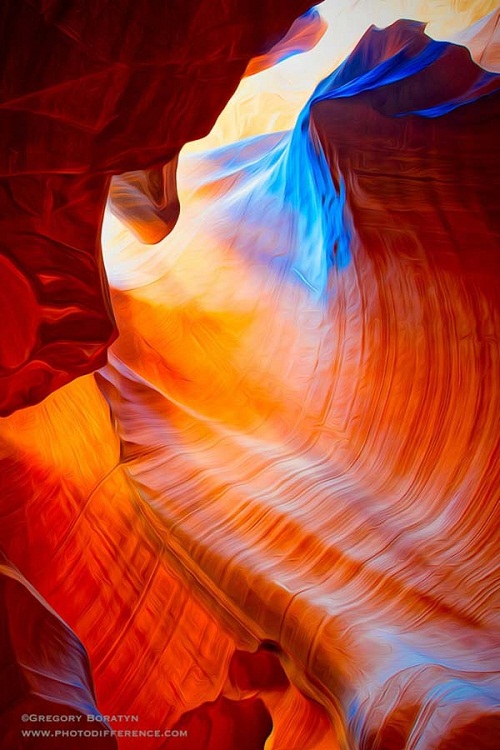 Beautiful colors of Antelope Canyon — most visited and most photographed slot canyon in the American Southwest. Photographer Gregory Boratyn

Beautiful colors of Antelope Canyon.
Antelope Canyon is a real wonder of nature. The canyon attracts hundreds of tourists, sightseers and photographers, willing to take photos of colorful canyon. 42-year-old amateur photographer from San Diego Gregory Boratyn has made fantastic photos of this beautiful place, which he has called “Foreign Land”. Antelope Canyon is located on the south-western United States, on Navajo land near Page, Arizona. It became possible to visit this place only in 1997, when the Navajo Tribe made it a Navajo Tribal Park. The road to Antelope Canyon is gated by the Navajo Nation and entry is restricted to guided tours led by authorized tour guides. Tours can be purchased in nearby Page, Arizona and range from $30 to $80 per person, depending on the time of the day and length of the tour. 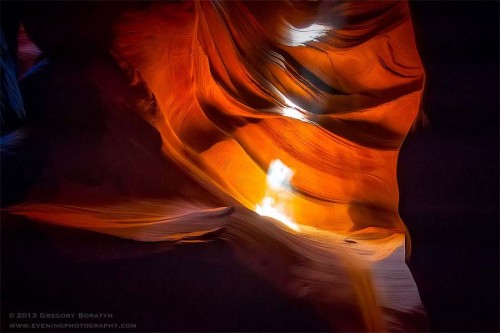 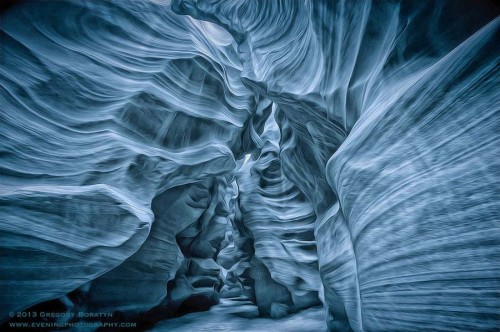 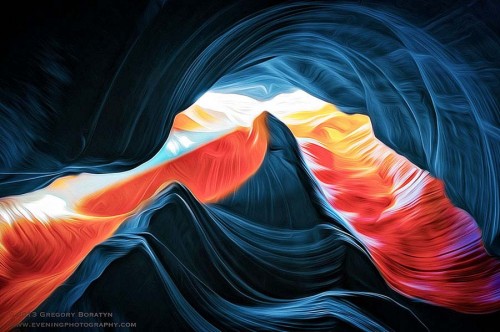 Antelope Canyon is a popular location for photographers and sightseers, and a source of tourism business for the Navajo Nation 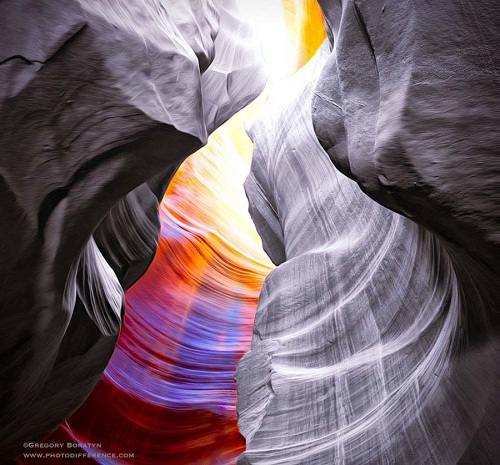 Antelope Canyon is visited exclusively through guided tours, in part because rains during monsoon season can quickly flood the canyon

Some facts. On August 12, 1997, eleven tourists, including seven from France, one from the United Kingdom, one from Sweden and two from the United States, were killed in Lower Antelope Canyon by a flash flood. The only survivor of the flood was tour guide Francisco “Poncho” Quintana. 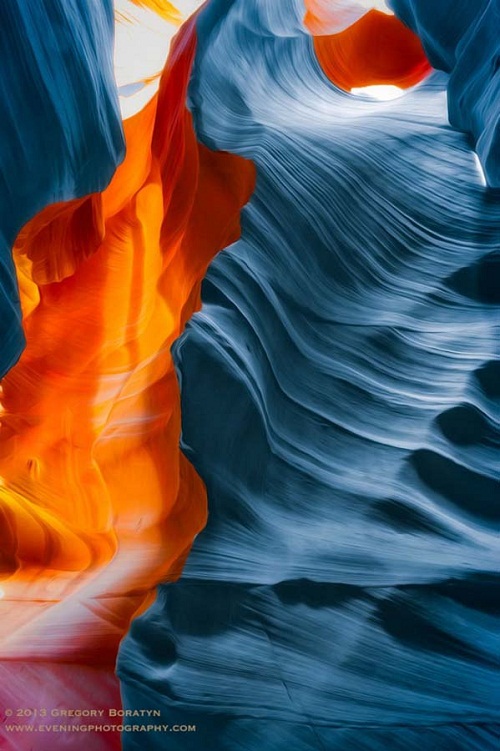 It has been accessible by permit only since 1997, when the Navajo Tribe made it a Navajo Tribal Park.

American singer Britney Spears has released a video for her famous song in 2001 – «I’m Not A Girl, Not Yet A Woman». Action in the clip is in the Upper Antelope Canyon. 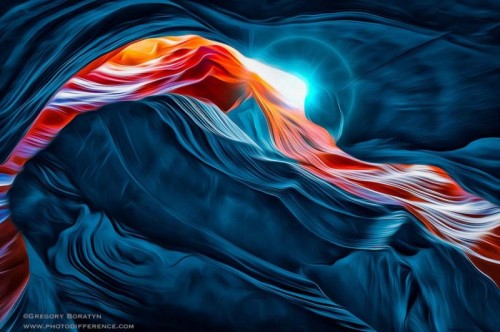 Episodes of some of the films also show Antelope Canyon, in particular, the Upper Canyon. Among these films, the movie of 1996 Broken Arrow, with Christian Slater and John Travolta.