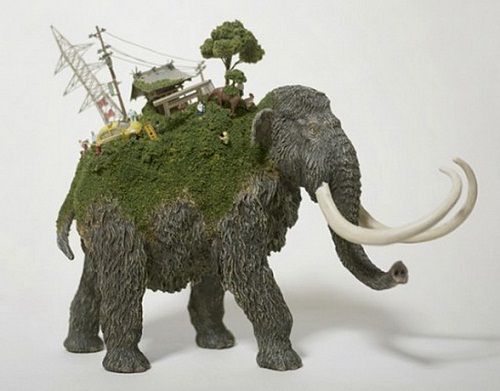 The artist presents such tiny human worlds living and growing on the backs of enormous animals, particularly, an elephant. Miniature sculptures by Maico Akiba

Miniature sculptures by Maico Akiba
Japanese artist Maico Akiba presented the series of works under the name «SEKAI», which means “peace”. In her miniature sculptures she embodies her dream, a desire to have her own little corner of comfort and peace. Main occupation of Maico Akiba – illustrating children’s books. In her creative work the artist remains childish, even when it comes to serious topics. Among the numerous art works of Maiko, the series «SEKAI» is the most personal. It was created in the past two years between illustration classes. The basis of her sculptures were animal figurines, then she applied layers of paint on them, creating “landscape”. All the small details, such as figurines of people and other objects Maiko has made with her hands. 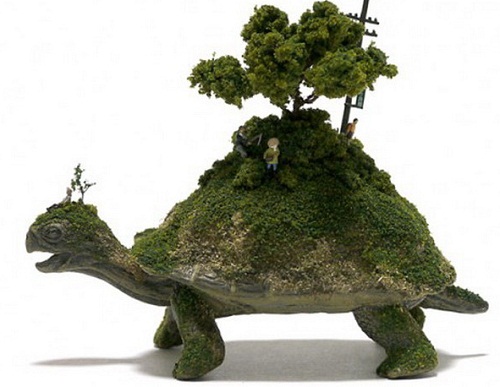 Fantastic, though miniature world with its inhabitants – fauna and flora grows on the back of this tortoise 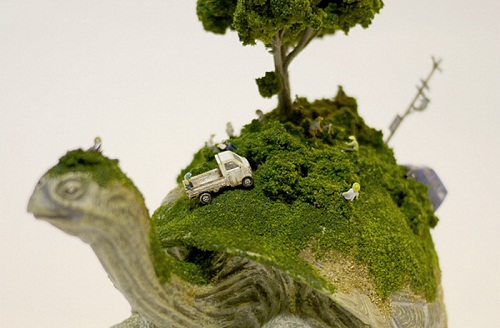 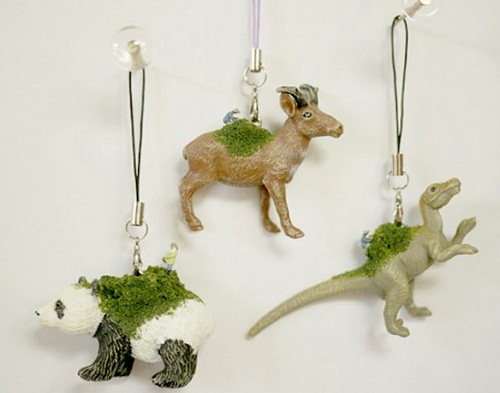 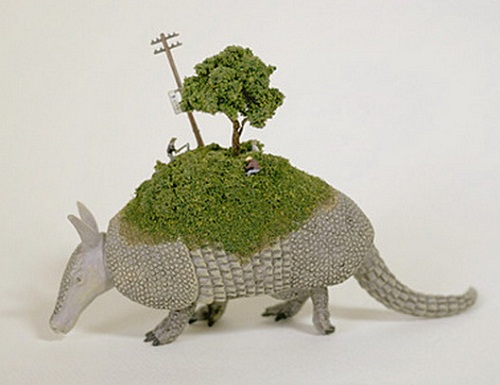 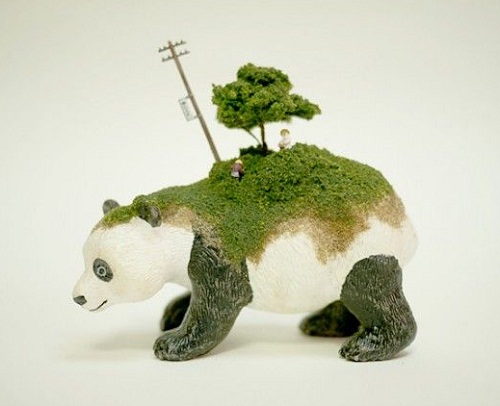 The sculpture of panda. Panda’s back is a ground for growing field, some constructions and people 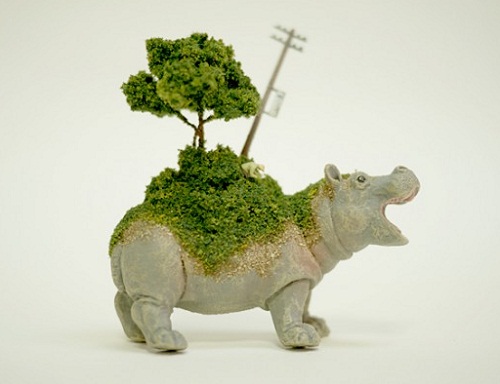 The theory of world resting on three giant whales is not the only version for the creative Japanese artist Maico Akiba. Why not hippopotamus?