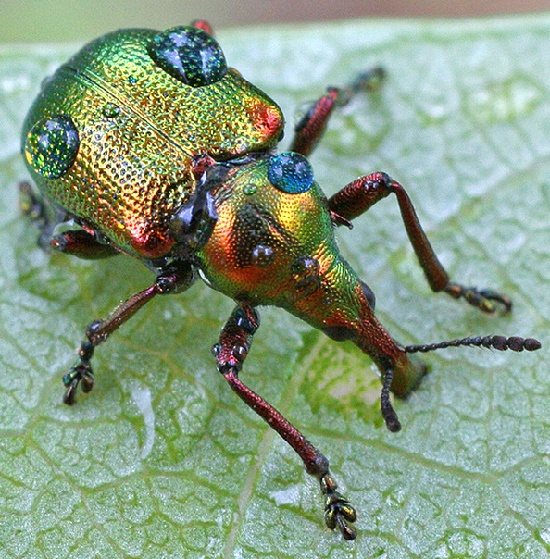 “And that’s how Christmas toys would look …” – with this phrase Stanislav Shinkarenko began a series of publications before the Christmas holidays in 2013. A talented naturalist and a great photographer, Stanislav Shinkarenko named his album “Chitinous Jewels”.
Indeed, in the animal world, there are creatures that resemble a Christmas tree decoration. In particular, these beetles shimmering with all the colors of the rainbow … In fact, golden-colored spectacular beetles live in the Lower Volga region. Real gems, shimmering with a variety of colors – from gold to violet, from bronze to bright green.
However, this golden insect, common in all wine growing areas, once caused great damage to the grapes. And accordingly, Byctiscus betulae was subject to destruction with the use of insecticides. 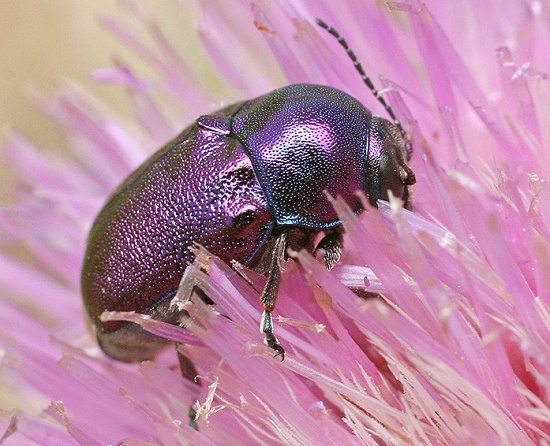 Cryptocephalus sericeus from the family of leaf-eaters

Pronotum and elytra are golden green in males, while females show a metallic bronze color, with green-blue, orange or yellow reflections. These beetles in length do not exceed 5-6 millimeters, but they look very beautiful. 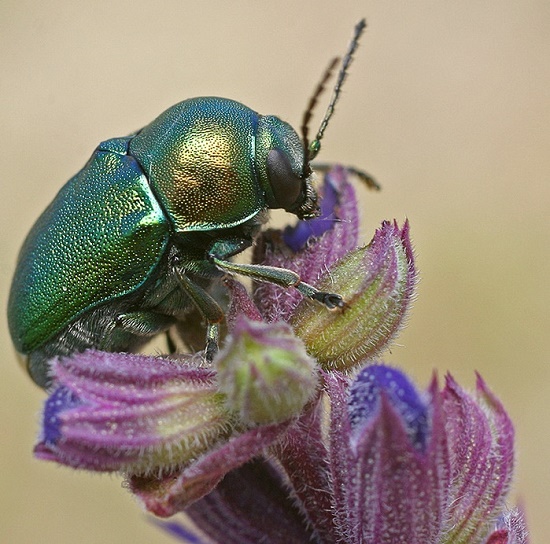 Cryptocephalus sericeus from the family of leaf-eaters look very beautiful 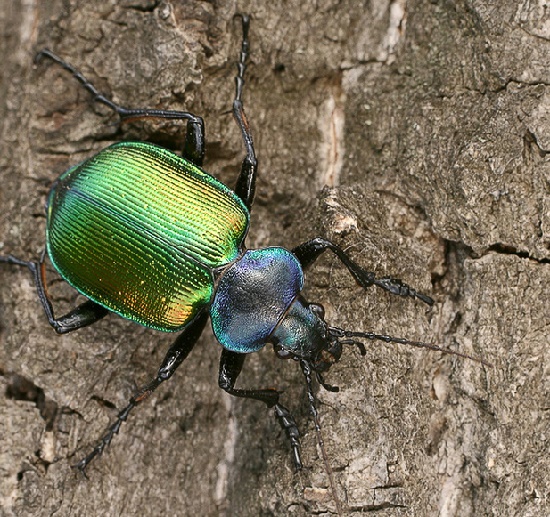 Calosoma sycophanta. The color of this beetle varies from green to copper-red depending on the lighting 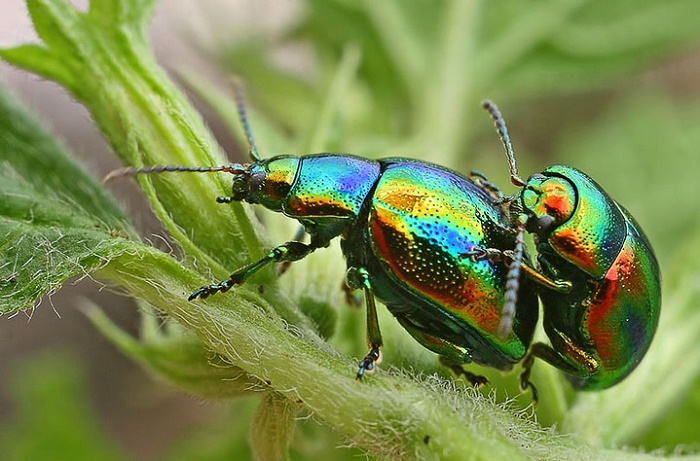 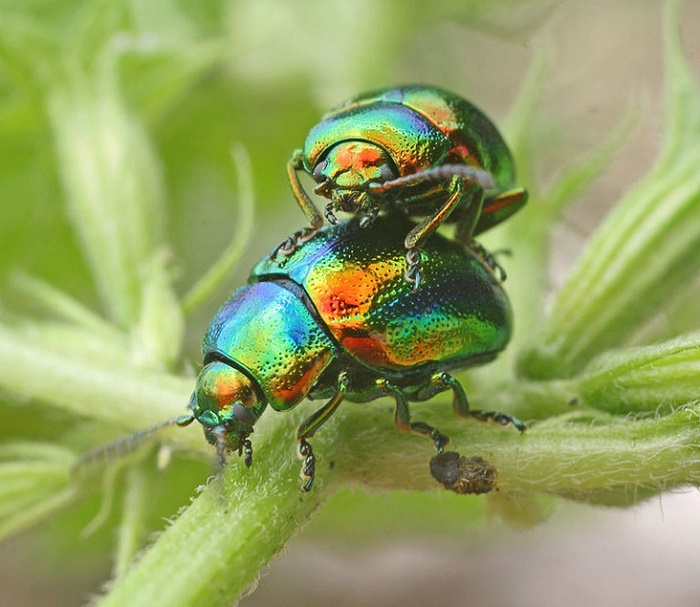 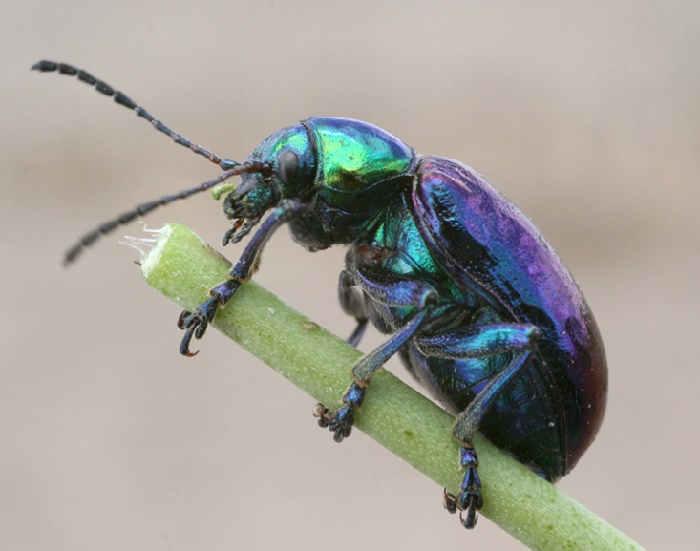 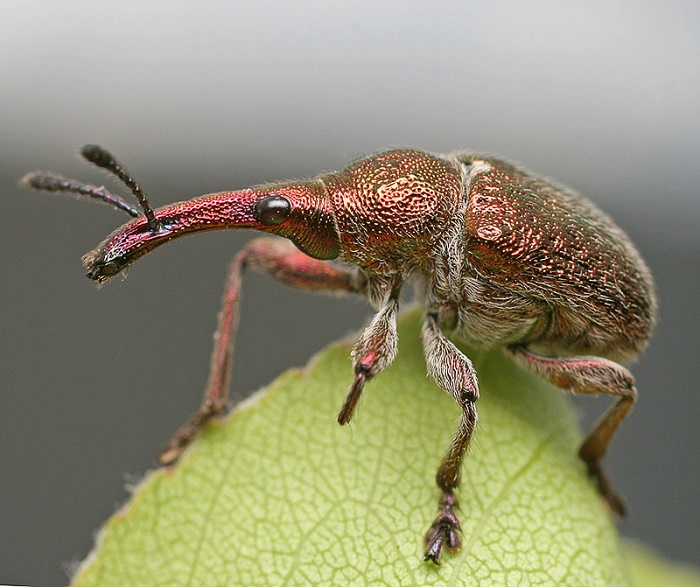 Rhynchites giganteus is large in size 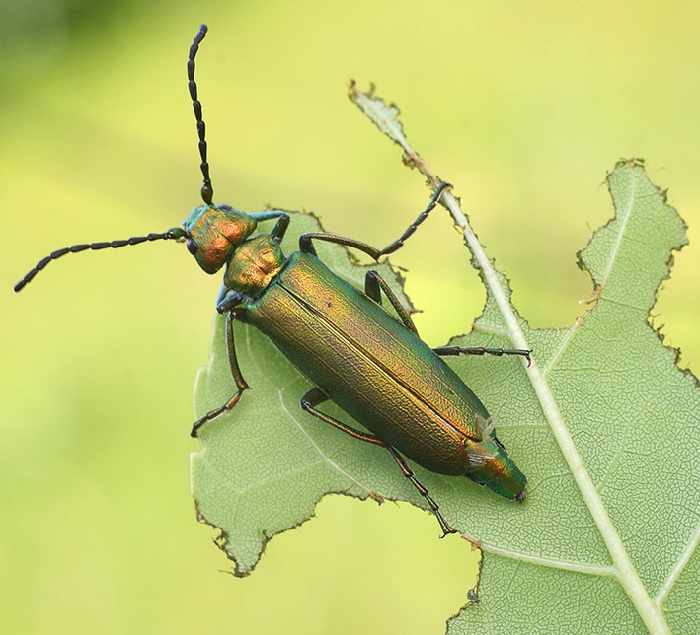 Spanish fly (Lytta vesicatoria) from the family of blisters. Has a very beautiful golden green color in the sun 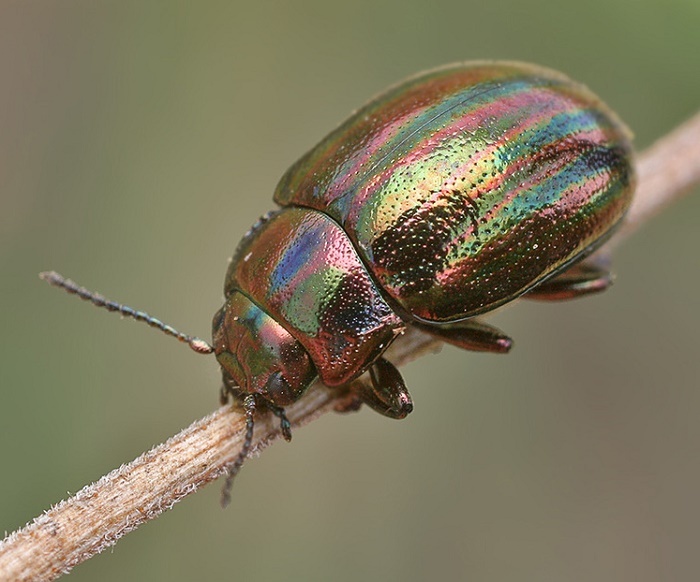 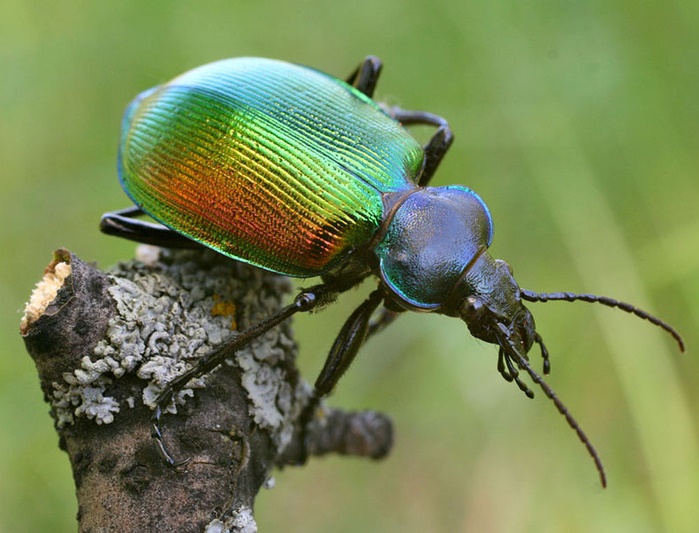 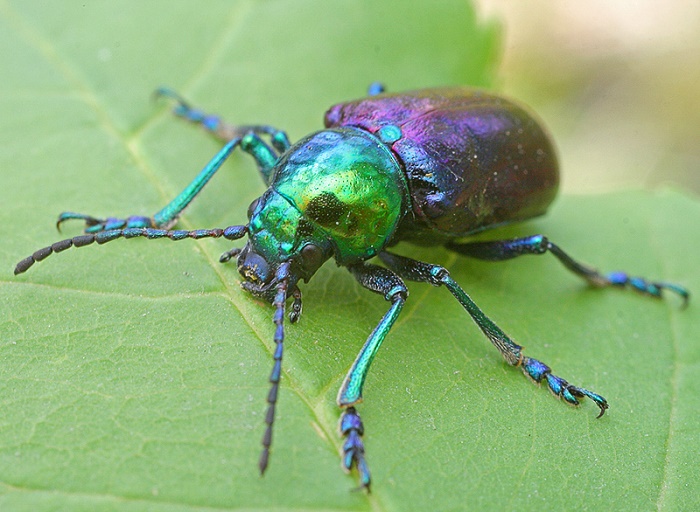