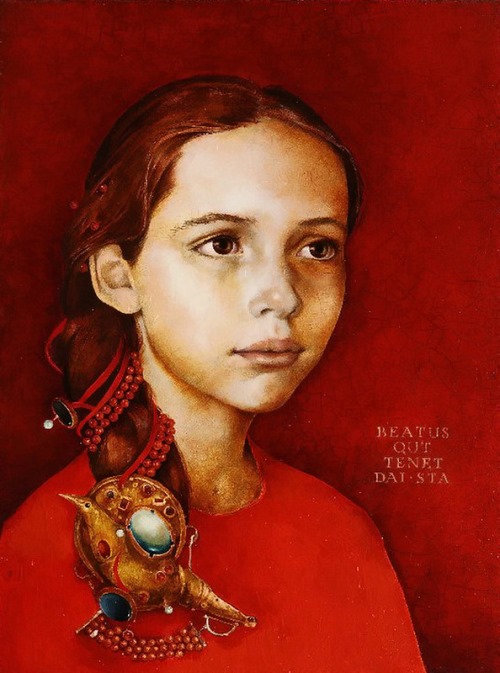 Beautiful surrealism by Daiva Staskeviciene
Born on June 13, 1968, in Vilnius, Daiva Staskeviciene is a talented Lithuanian artist. After graduating from art school Daiva entered Vilnius Academy of Art Department, then studied at the graphics Department. In 2002, after receiving a master’s degree, became a member of the Lithuanian Union of artists. Beautiful artworks of the author reflect the hypnotic power of elegant surrealistic images full of symbols and metaphors. Daiva creates prints, sketches, illustrations to the books. The talented Lithuanian artist took part in twelve solo exhibitions, her works are in galleries and private collections in various countries. In particular, Lithuania, Russia, the United States, Canada, England, and Germany. 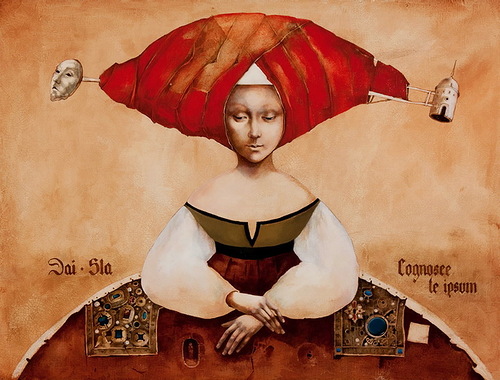 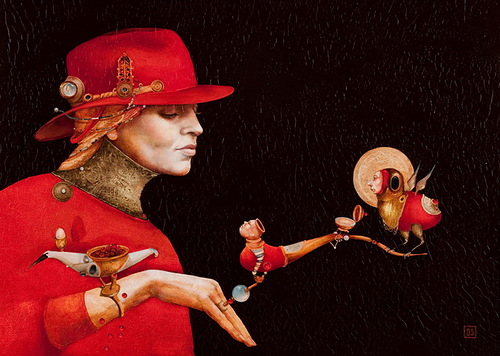 A woman in a red hat with creatures with human faces 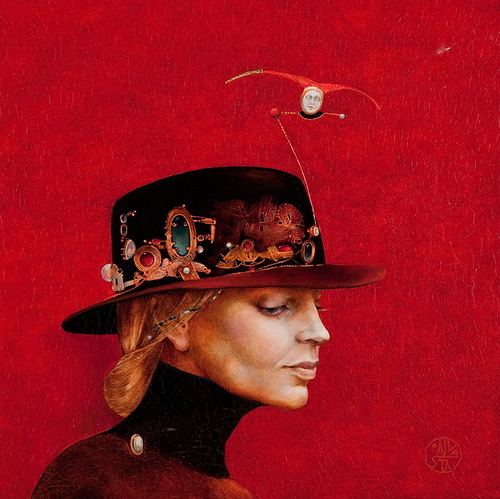 Variation of the above painting – woman in a hat 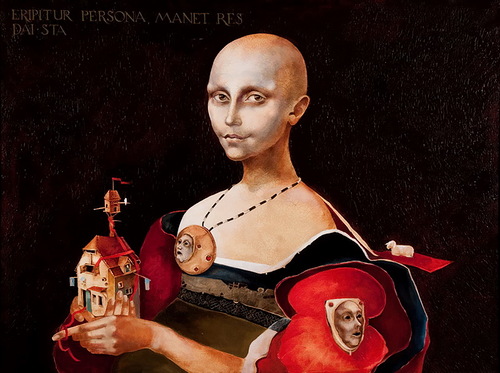 Bald woman with a miniature house in her hands 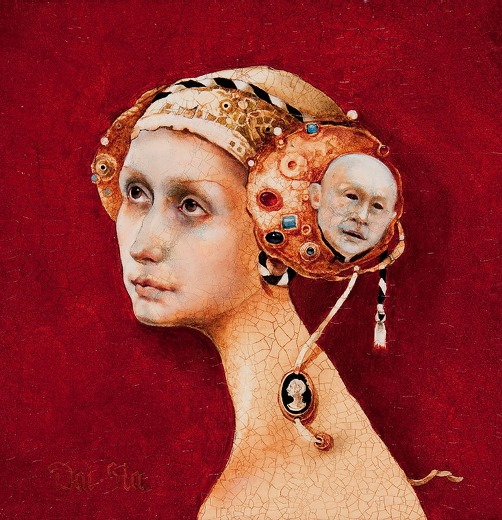 Medieval woman, neck and hair of whom decorated with cameo, and a portrait of a man 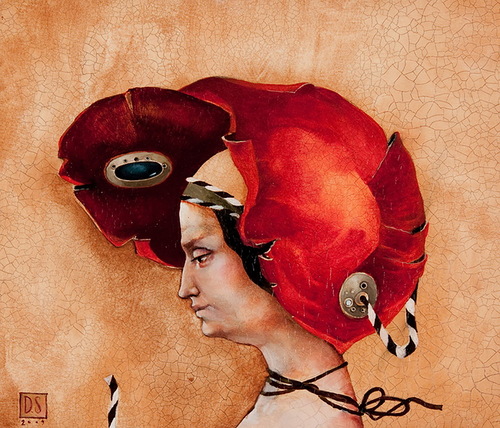 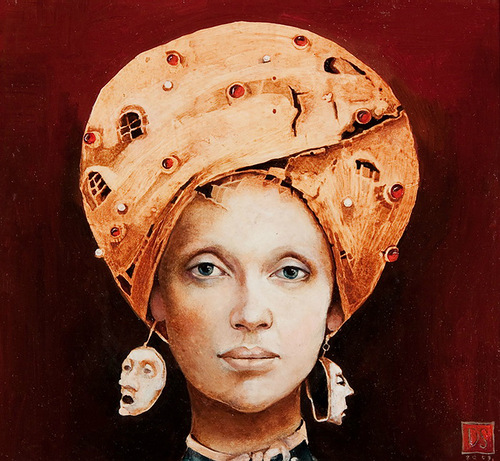 Earrings of interesting shape – a mask of a man 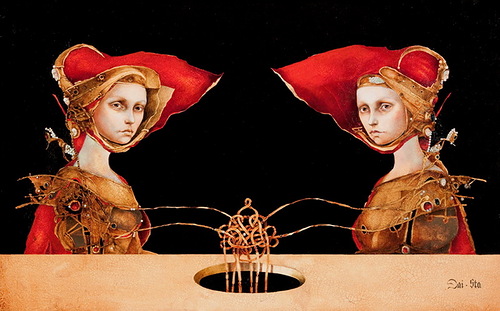 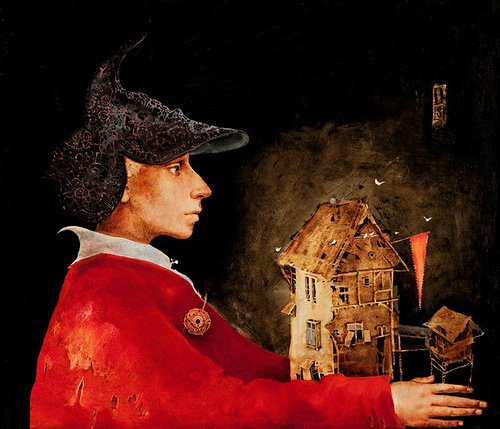 A young man with a miniature house 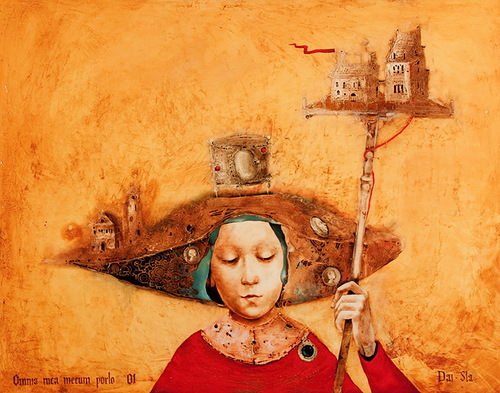 A miniature house on the broom and a hat of the medieval woman. Awesome creativity 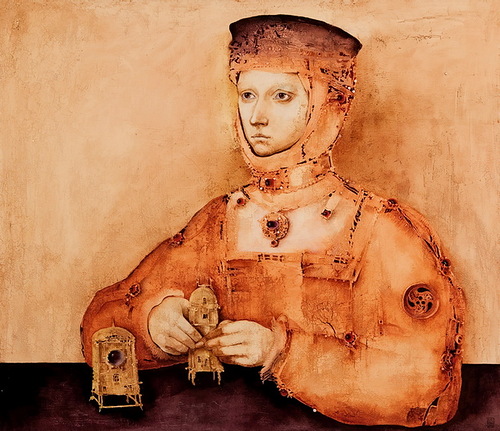 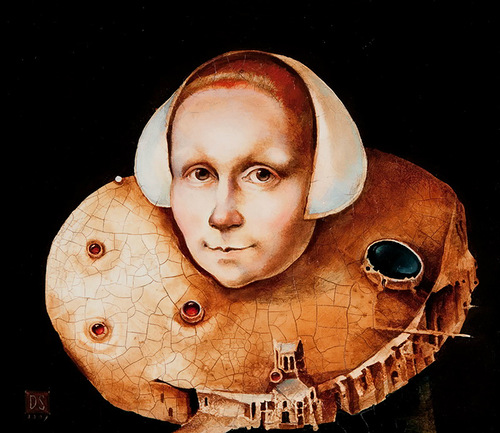 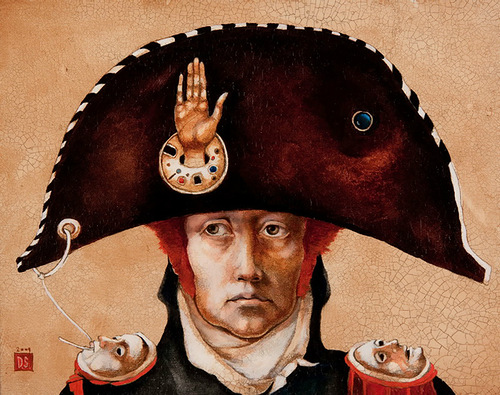 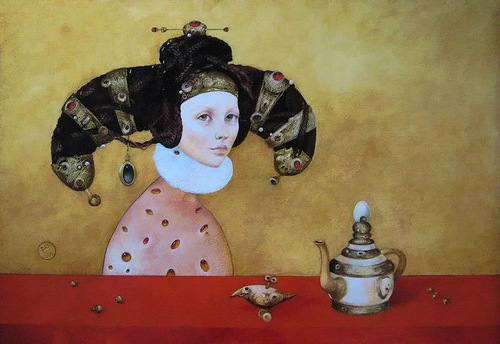 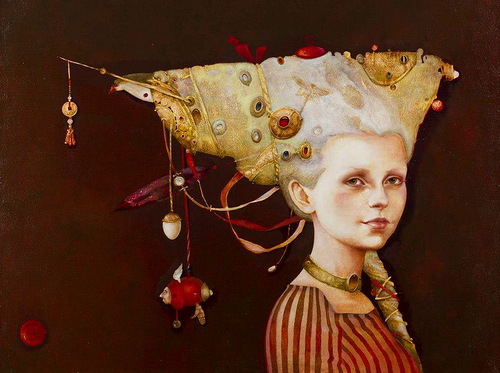 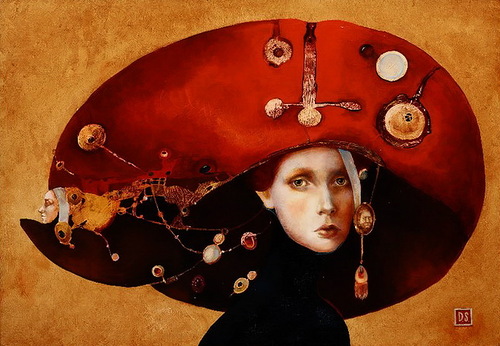 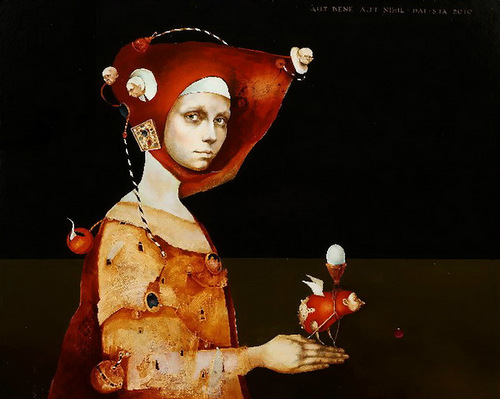 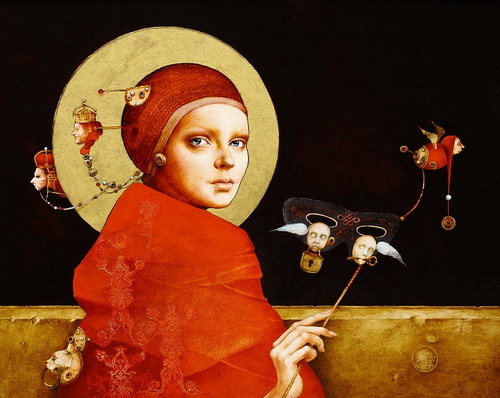 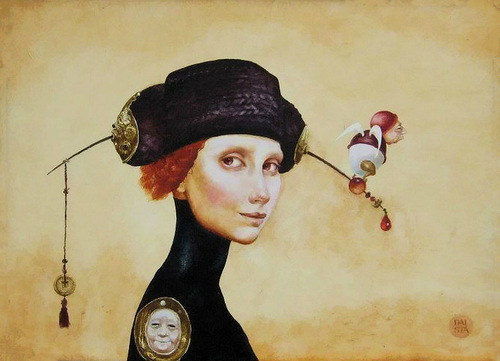 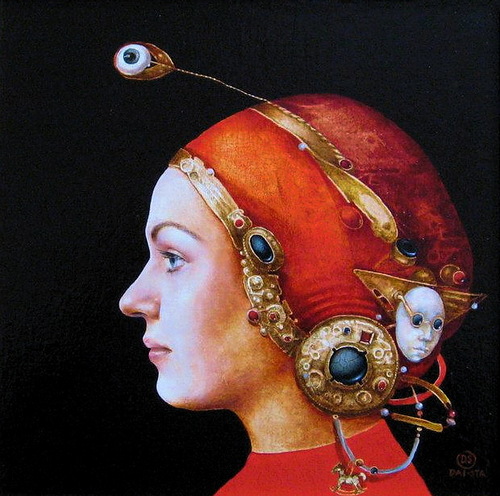 Decorated with surreal jewellery portrait of a woman 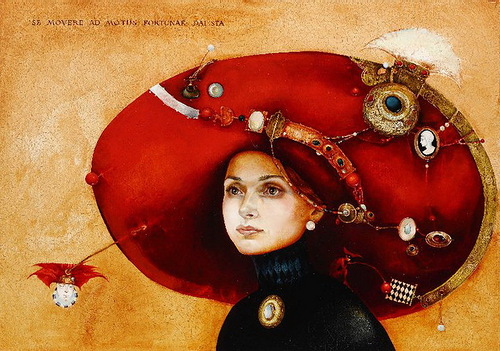 Just impressive red hat with the elements of surrealism 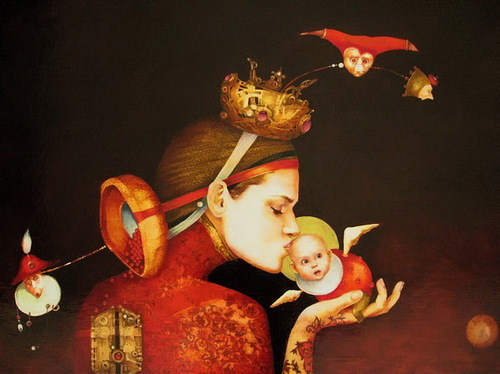 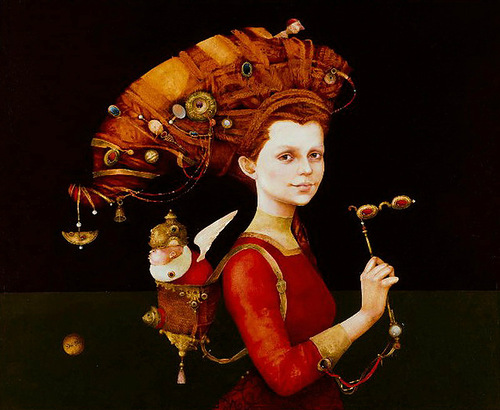 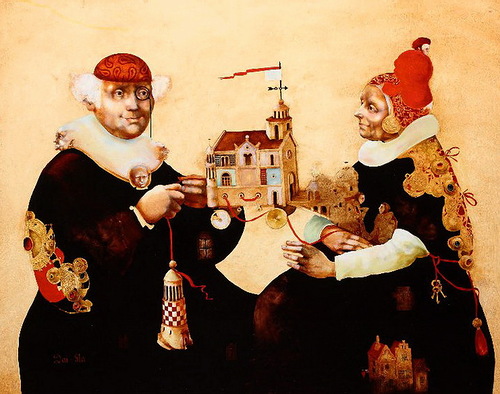 An elderly couple with a miniature house 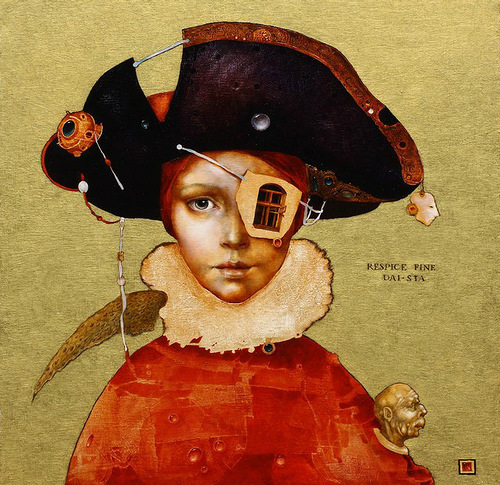 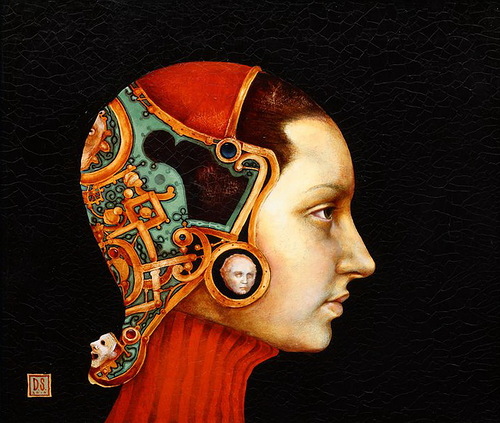 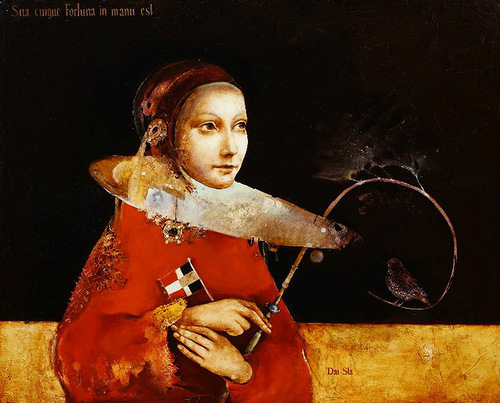