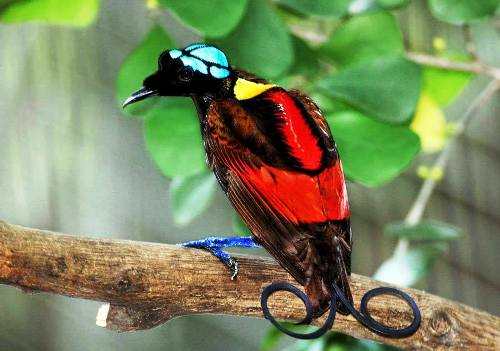 Found exclusively on the tiny islands of Waigeo and Batanta in West Papua, The Wilson’s Bird-of-Paradise

The beautiful Wilson’s Bird-of-Paradise
Considered one of the most beautiful birds in the world, it belongs to the family Paradisaeidae. But like an unattainable muse, the stunning Wilson’s bird-of-paradise still remains a mystery. Known also as Cicinnurus respublica, and Diphyllodes Respublica, New Guinea bird is one of the most poorly known species of the family. The Wilson’s bird-of-paradise has a stunningly beautiful plumage. Bright crimson back, yellow cape, shimmering green chest, blue feet, and remarkable turquoise crown. Noteworthy, that turquoise cap doesn’t consist of feathers! Actually, it’s a patch of very brightly colored bald skin. Together with the species’ spiralled twin tail feathers, they play a crucial role in its complex courtship displays. 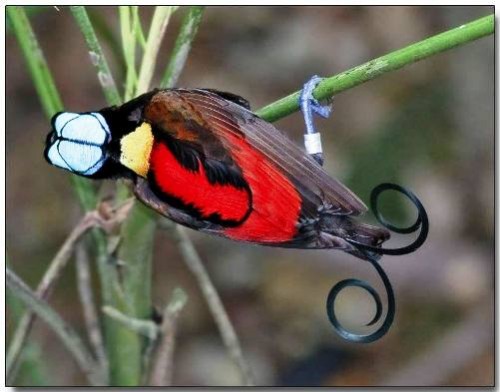 In fact, male birds of paradise are the most beautiful – they carry this suite of striking colors. And the females – more plainly dressed in a light brown plumage with a darker blue crown. 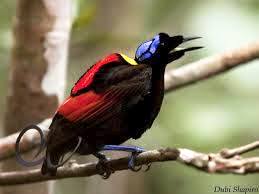 To capture a female’s attention, a male will create an arena, or court, on the forest floor by clearing away leaves and other debris. Against this suitably plain background, he will perch in front of an interested female, flitting from one vertical sapling to another. As he calls, chatters, and buzzes at her, distorting his body shape in various ways by puffing up his iridescent plumage. He’ll flick his head, stretch his neck, and cock his tail and sometimes gape at her in an effort to win her affections.

Known since 1850, it was Napoleon’s nephew Charles Lucien Bonaparte, who named the bird after British ornithologist Edward Wilson. It’s so elusive that it took almost 150 years for its courtship displays to be recorded in the wild. However, none other than Sir David Attenborough achieved this. He did it by scattering leaves in a male’s arena, prompting the fastidious individual to come out into the open, clear them away, and begin his elaborate dance.

Due to ongoing habitat loss, limited range and exploitation, the Wilson’s bird-of-paradise is entered the IUCN Red List of Threatened Species, listed on Appendix II of CITES. 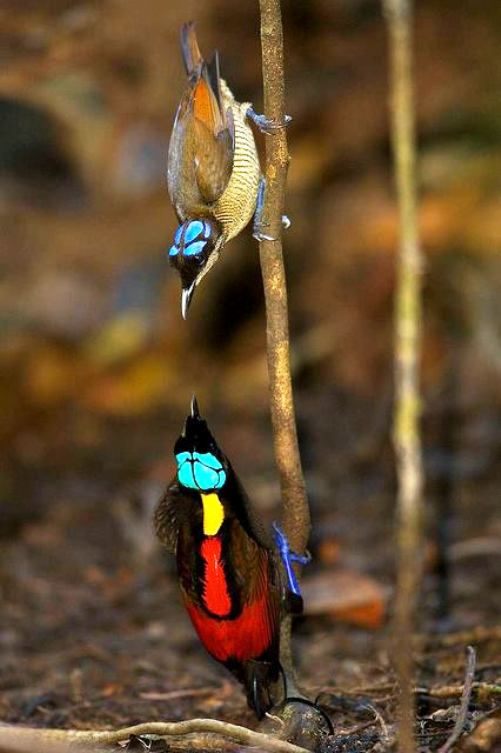 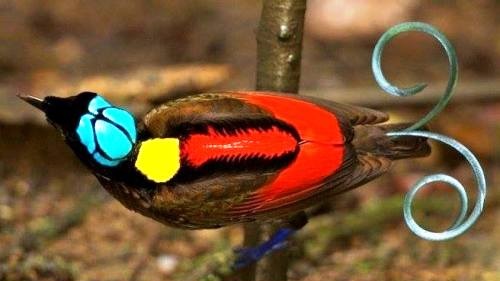 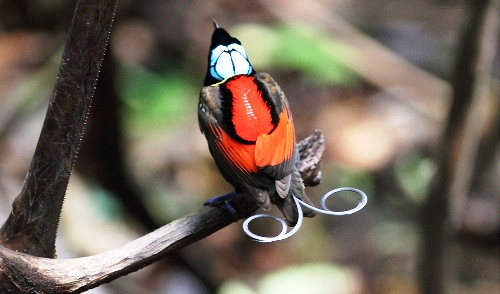 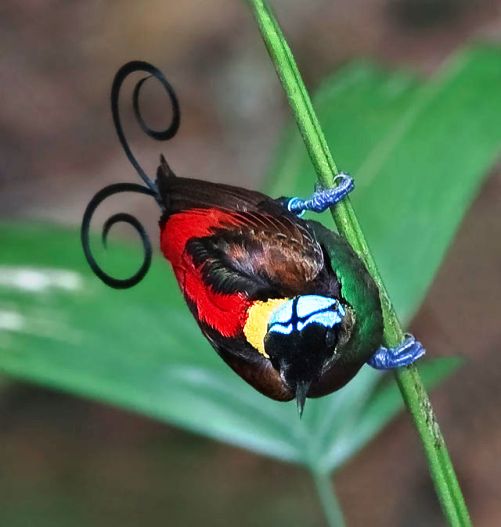 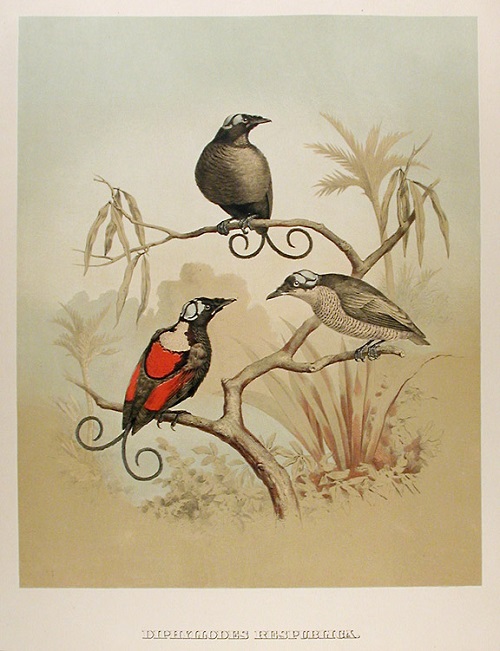