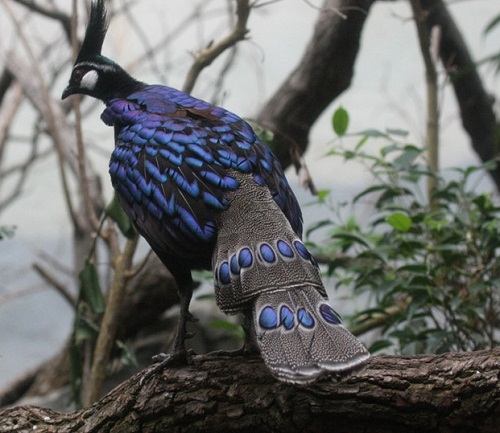 In the photo – Palawan Peacock Pheasant (Latin – Polyplectron napoleonis). The gorgeous bird lives in the Palawan, Philippines. Palawan Peacock Pheasant has a bright, vivid iridescent blue-green plumage, elegant tail with a characteristic pattern in the form of eyes, which may be spread fan-like in courtship displays. Male species have high crest and spurs on the legs, and a white stripe over the eyes. However, the female representative is less beautiful, with dark brown plumage and smaller in size than the male. 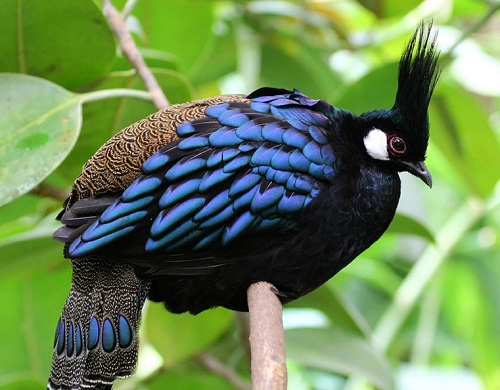 Among all its neighbors, these pheasants more than others resemble peacocks. However, the mother nature gave colorful appearance only to male species of Palawan Peacock Pheasant, and females have a modest brown outfit. But this injustice is entirely justified: future mother caring for chicks should be invisible to predators. 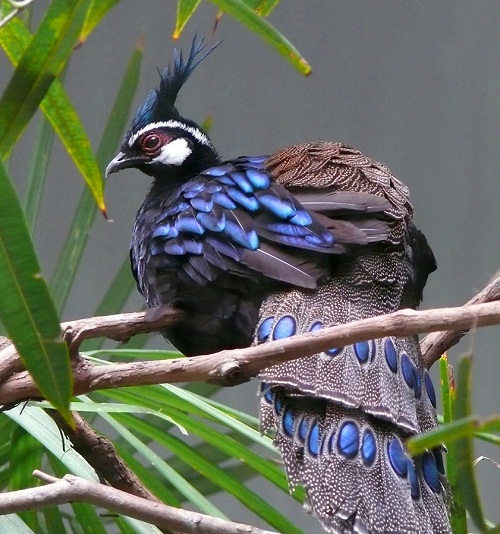 In order to impress the beloved lady, male Palawan Peacock Pheasants play a show. Squaring the magnificent tail, they begin to spin before the female, to show itself in all its glory. At the same time they hold some food in its beak just in case if their ethereal beauty will not make the right impression. 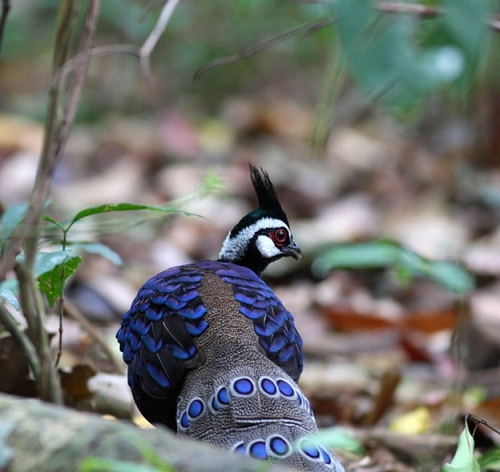 The bird has a bright, vivid iridescent blue-green plumage

Throwing the treat to the feet of his beloved, male Peacock Pheasants carefully observes her actions. If it takes a gift, the male will continue his play, and to consolidate the success he adds vocal performance. Nineteen days later, the couple will have chicks, but to them the male will not show any interest. 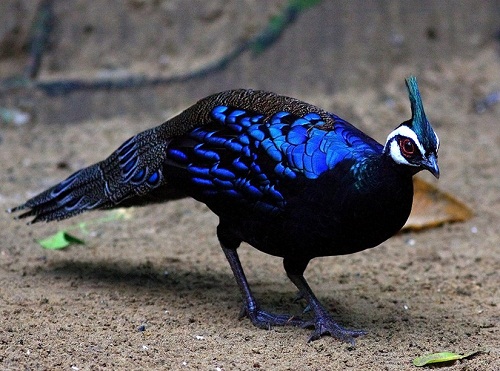 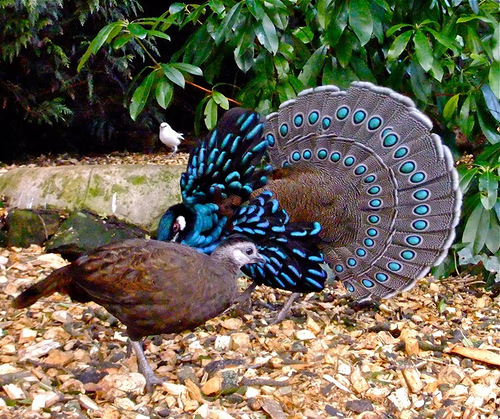 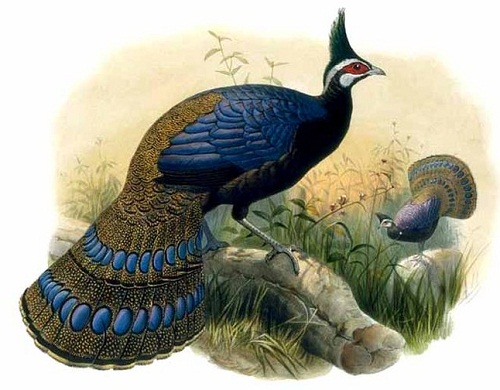