Black and white lamb Battenberg, a four-week-old Texel cross lamb, would not have been found among the snow if it weren’t for his unusual markings

Black and white lamb Battenberg.
Battenberg is four week-old lamb whose black and white markings saved his life. The Texel cross lamb was born on a Welsh farm during heavy snow. Farmer Richard Griffiths only spotted the lamb because of his striped face. A lamb’s unusual markings saved his life – because his half-black face helped a Welsh farmer spot him in his snow-covered fields. The two-faced lamb was named Battenberg by the farmer’s young sons, who say his stripey face reminds them of the cake. His front right leg and back left legs are black – while the other two are white. 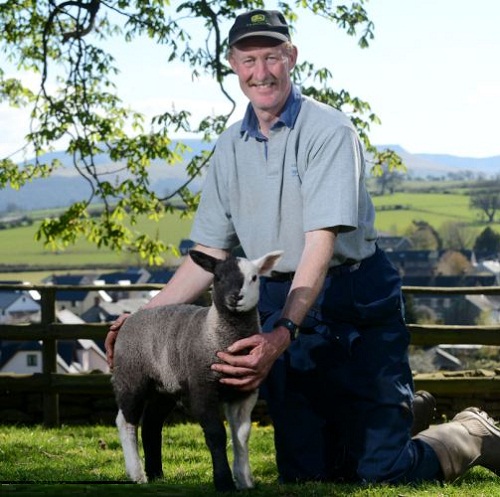 Battenberg, with farmer Richard Griffiths, has two black legs and two white legs and is especially unusual because both his parents are white sheep 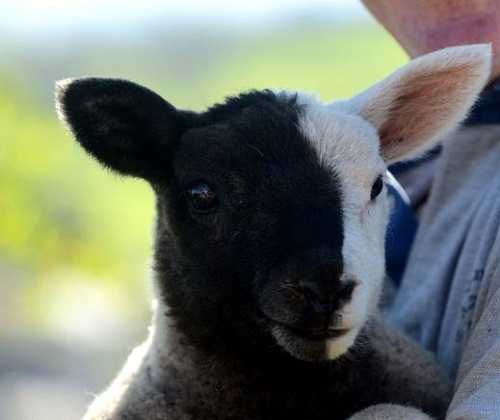