« Creeping stones of Death Valley
What do you know about Sharks? » 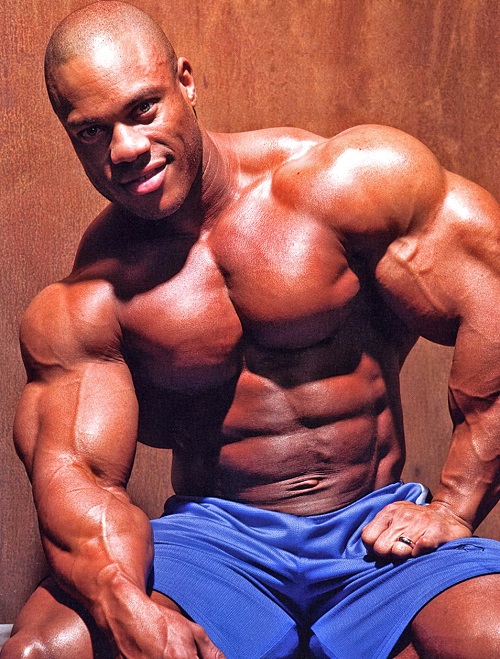 Bodybuilders Beautiful or Ugly?
According to sport experts, bodybuilding is the use of progressive resistance exercise to control and develop one’s musculature. And bodybuilders spend months and years on a grueling workout to build the perfect body. Traditionally, the muscles are evaluated on the basis of volume, proportion and aesthetic foundations of beauty – symmetry. Meanwhile, the well-known bodybuilders include Charles Atlas, Steve Reeves, Reg Park, Arnold Schwarzenegger, and Lou Ferrigno. Besides, the winner of the annual Mr. Olympia contest becomes the world’s top male bodybuilder. Noteworthy, this title is now belongs to IFBB professional Phil Heath of the United States. 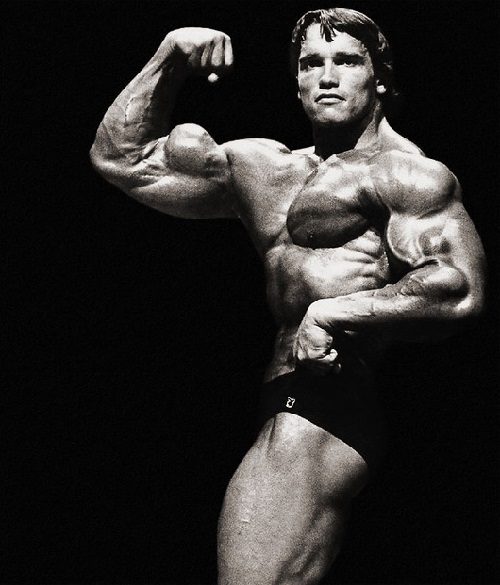 In fact, the most famous bodybuilder was ‘Terminator’ Arnold Schwarzenegger.
However, not only men, but also women practice body modification.
In the Western tradition, elite male clothing has typically been body concealing, emphasizing attributes of wealth and status rather than physical form. Only in a few instances, such as the uniforms of cavalry officers, did men wear body-enhancing clothing; tellingly, the shoulder pads and corsets worn to shape their figures mirrored the dress of the early nineteenth-century dandy.

By the end of the nineteenth century, however, an athletic physique, implying proficiency at such upper-class pursuits as tennis and college team sports, had begun to be considered a desirable attribute of young men. Sheer muscularity, however, remained the province of circus strongmen and manual laborers. Weight lifting, though a part of the modern Olympics since its inception, was in its infancy as a sport.

Following World War I, the gradual acceptance of men going bare-chested or nearly so while swimming in mixed company, helped to focus attention on the muscular torso as an attribute of masculinity. Bodybuilding as a defined set of techniques soon followed. For example, Charles Atlas, who billed himself as “the world’s most perfectly developed man,” began in 1929 to market his system for turning “97-pound weaklings” into muscular giants.
Held a decade later, the first “Mr. America” contest crowned the bodybuilding legend Bert Goodrich.

The Father of modern bodybuilding world considered to be Eugen Sandow, the son of a Russian mother and German father. He was a pioneer of the sport since he was the first allowed the audience to enjoy viewing his body in the performances. Sandow organized the first bodybuilding championship in 1901, which was called the “Great Competition” and held at the Royal Albert Hall in London. The competition had a huge success. Sandow was a perfect “gracilian”. This was a standard of ideal body proportions close to those of ancient Greek and Roman statues – see Golden Mean. Men were judged by how closely they matched these proportions.

January 16, 1904 at Madison Square Garden in New York, was held the first bodybuilding competition, won by Al Treloar. He won a cash prize of $ 1000, a huge amount of money, and was named “the most perfectly-developed man in the world.” Bodybuilding became very popular in the 1950-1960’s. Then appeared the most famous competitions, such as “Mr. Universe” and “Mr. America”. 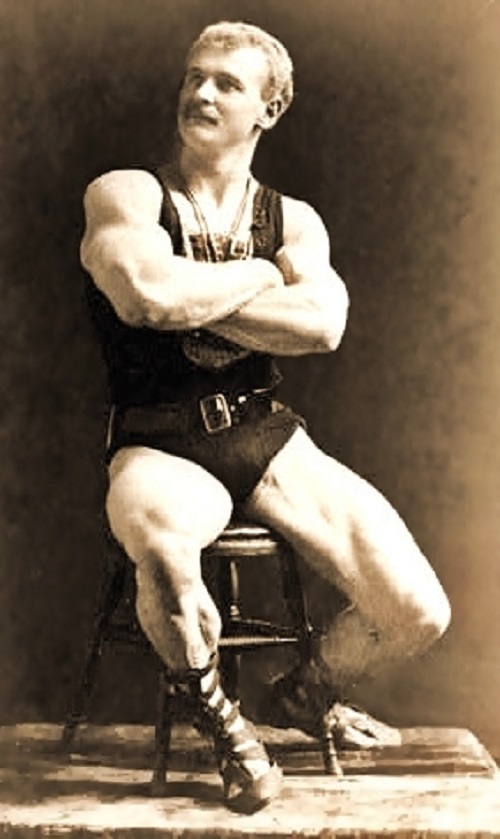 Female bodybuilding has appeared in the late 1970s, when women began to compete in this “sport”. The first U.S. Women’s National Championship Phisique, was held in Canton, Ohio in 1978.

In the Soviet Union first bodybuilding gym was opened in 1962 in Leningrad. In 1987 he founded the Federation of athleticism and the Soviet Union in 1989 Belarusian Nikolai Shilo became the champion of Europe.

There are organizations that promote natural bodybuilding without use of anabolic steroids and other pharmacological agents. On average, the average person receives food three times a day. Bodybuilders try to eat 5-7 times a day (every 2-3 hours). 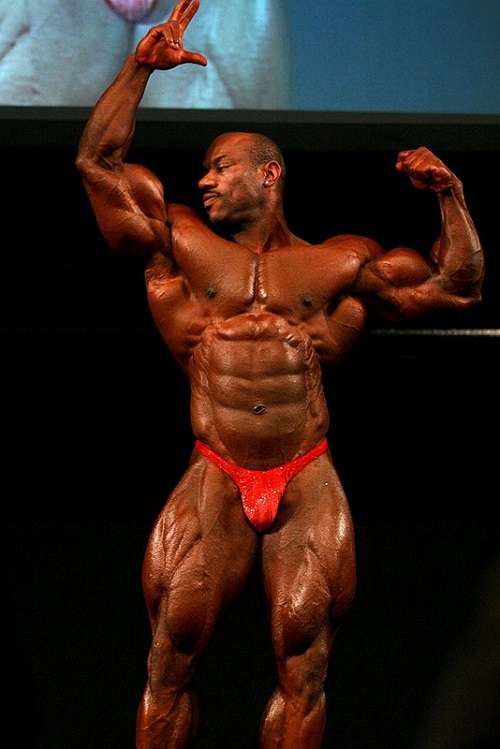 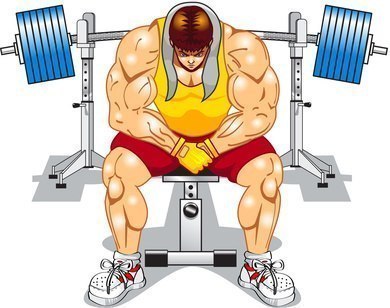 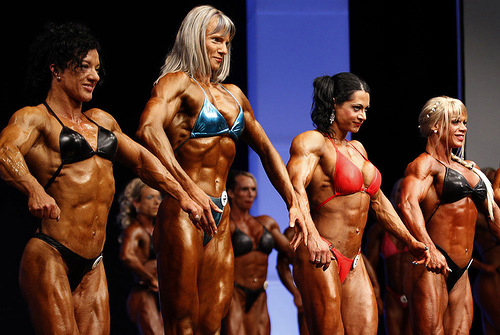 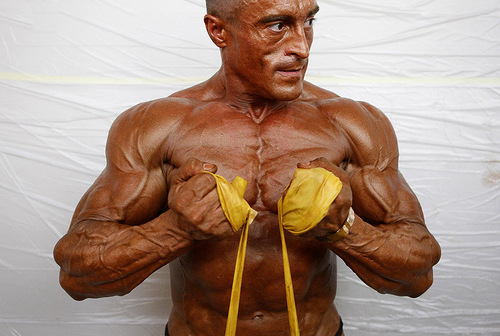 Participant warms up muscles before a performance 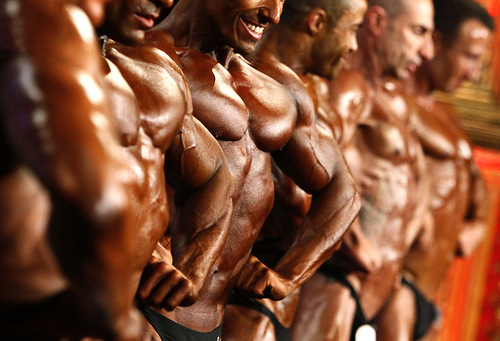 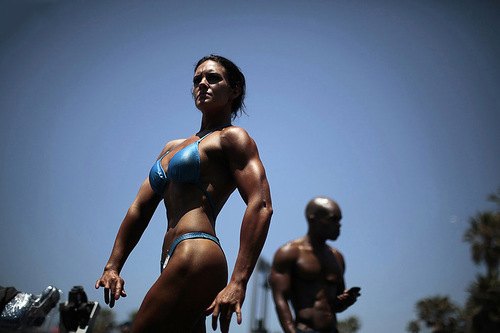 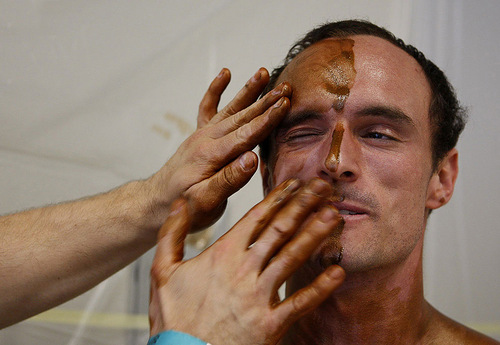 Make up for bodybuilder 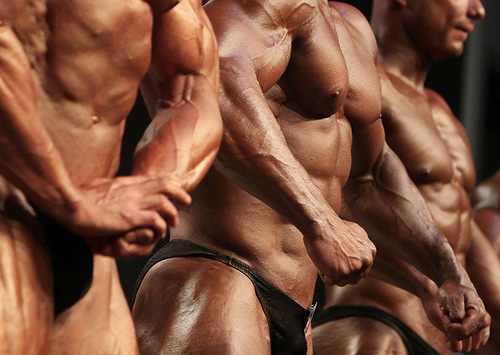 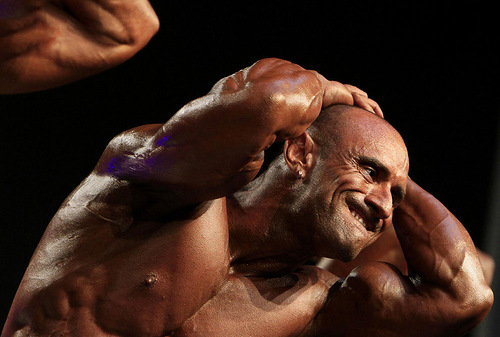 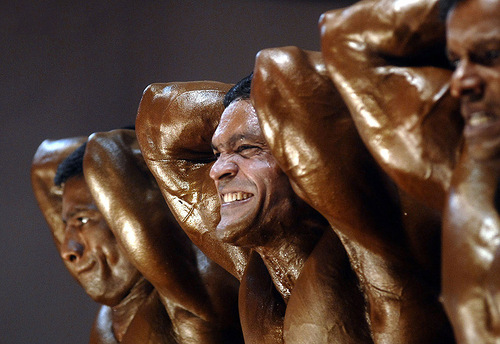 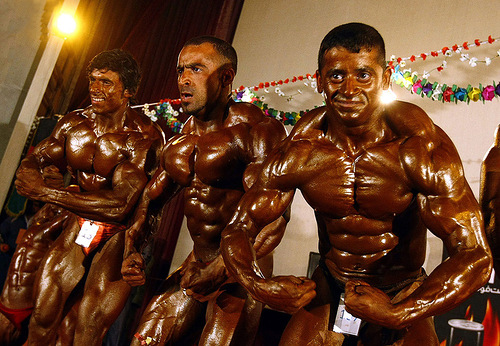 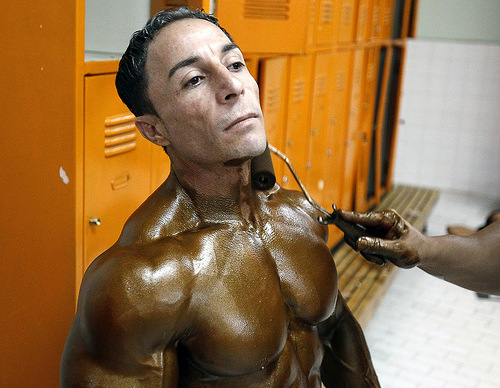 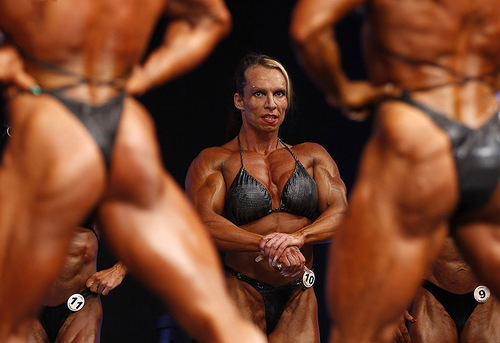 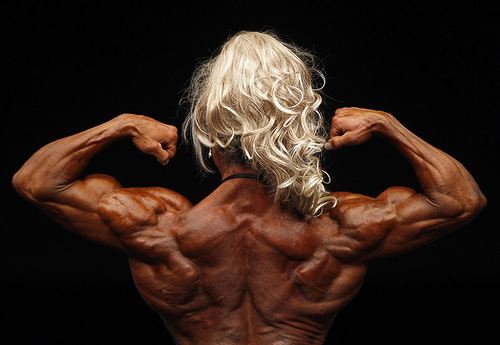 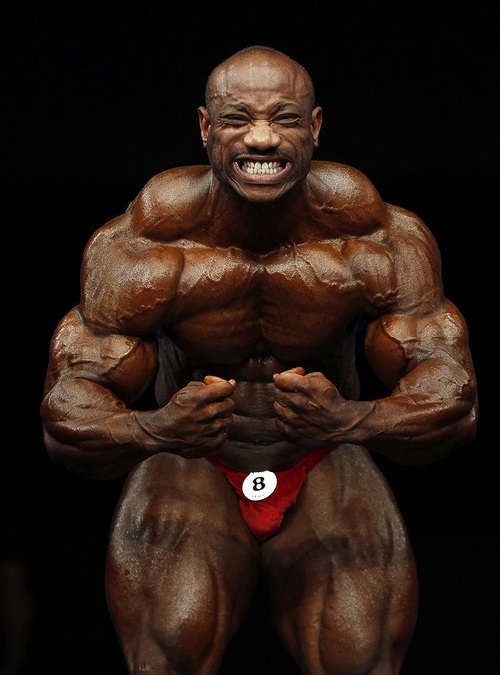 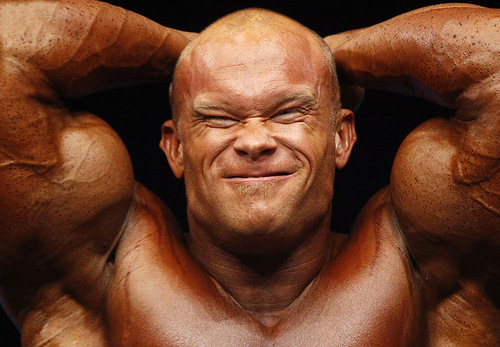 Too much expression for strong muscle tension 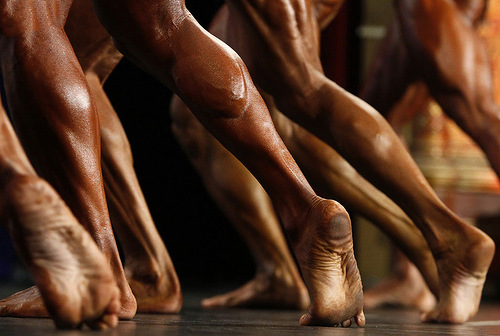