Huge statue of Buddha is almost perpendicular to the mountain wall — the highest is more than 16 meters in height. Buddhist complex Maytszishan

Buddhist complex Maytszishan – a series of 194 caves carved into the wall of a hill Maytszishan in Tianshui City, Gansu Province, northwest China. This striking example of rock architecture contains over 7,200 Buddhist sculptures and over 1,000 square meters frescoes. Construction of the grottoes began in late Qing Dynasty. The monks chose to stay there, the earliest written records mention two monks Tanhonga and Huanggang, who meditated there. 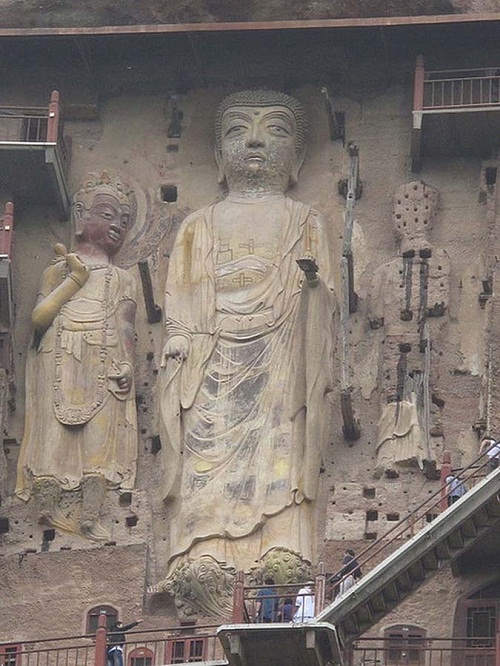 From one cave to another can only be reached by a wooden walkway that passes over a cliff. 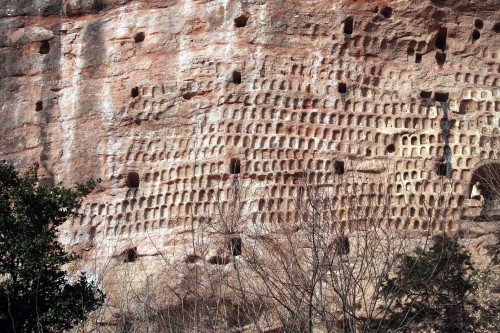 Here you can trace the stages of development of sculpture in China. 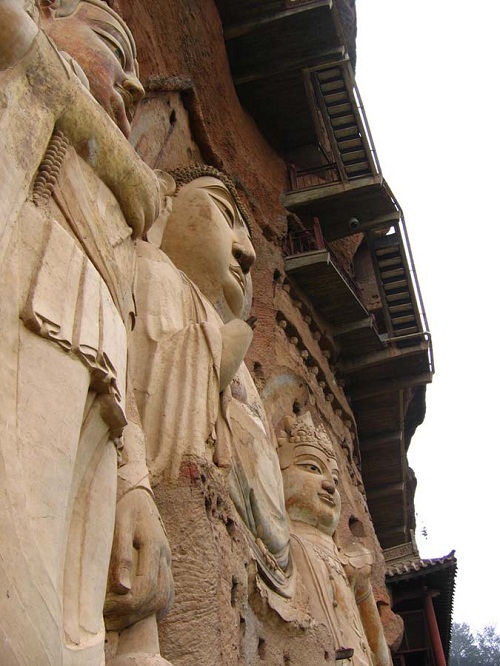 In addition to sculptures, here was discovered more than 2,000 items of pottery, bronze, iron, jade, ancient books, documents, paintings and works of calligraphers. 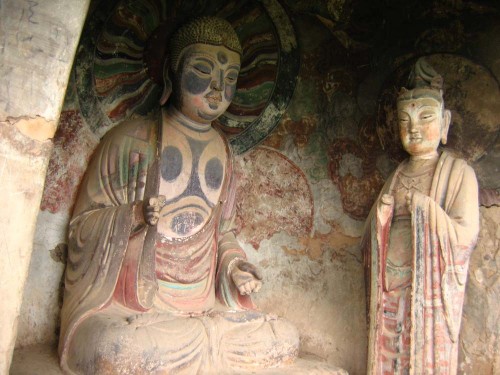 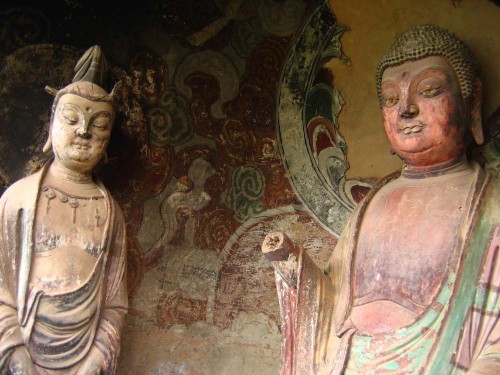 Now Buddhist complex Maytszishan preserved as a museum, and many of the caves closed to the public. 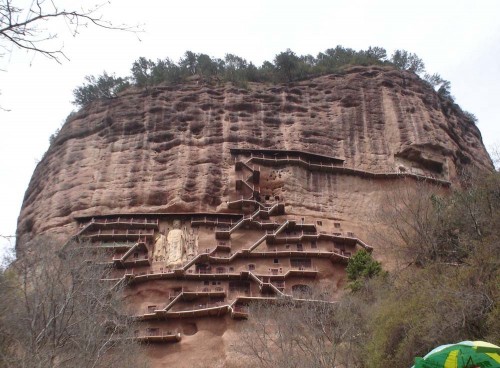 Stairs that lead up and around the caves were originally made of wood, but after been fitted with metal supports, for security purposes. 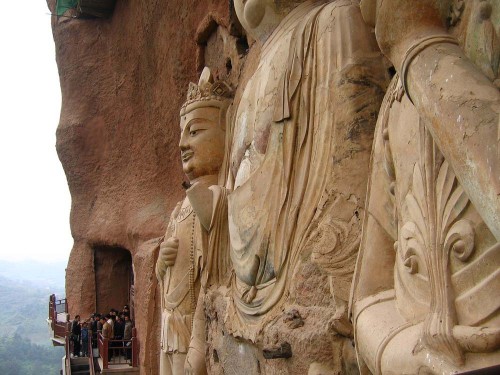 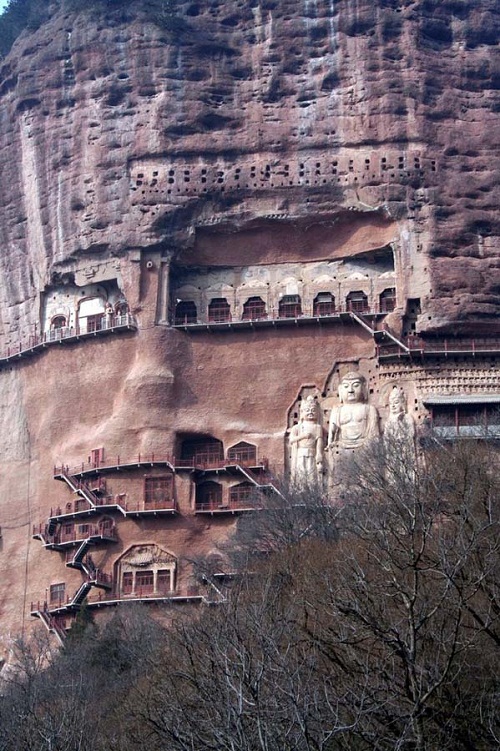 The statues are carved on the southern slope of the mountain, at an altitude of 80 m from the foot 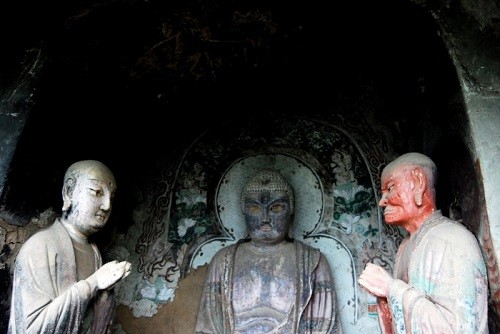 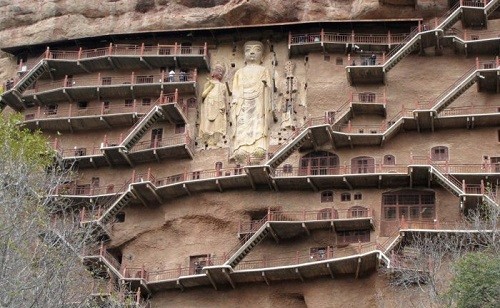