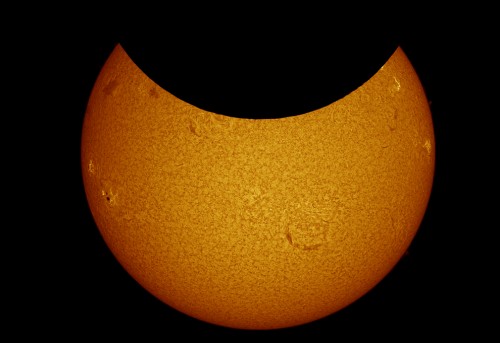 The morning of May 10, the picture in the light of H-alpha. Solar eclipse 2013

The first annular Solar eclipse 2013 took place on May 10th, 2013, and it was over the Pacific Ocean and Australia. The annular solar eclipse does not look less impressive than full. In full contrast, when the moon completely obscures the solar disk during an annular eclipse at our satellite and passes in front of the disk of the sun, but does not eclipse it completely due to insufficient size. The next total solar eclipse will occur on November 14, 2031. 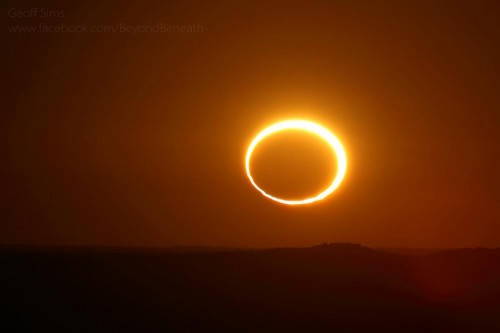 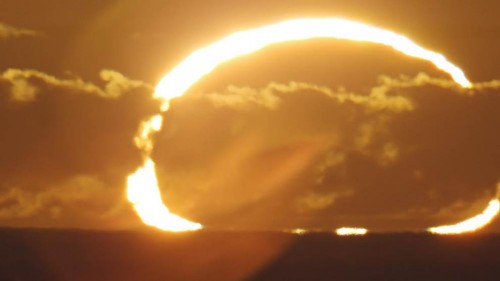 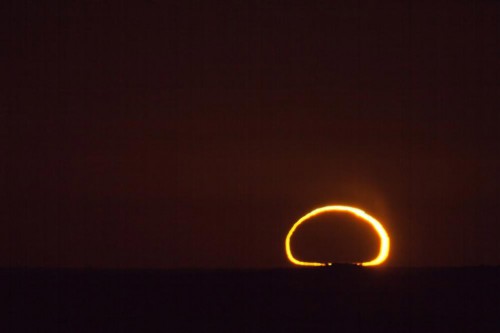 Another impressive shot annular eclipse of the sun, resulting from the rising 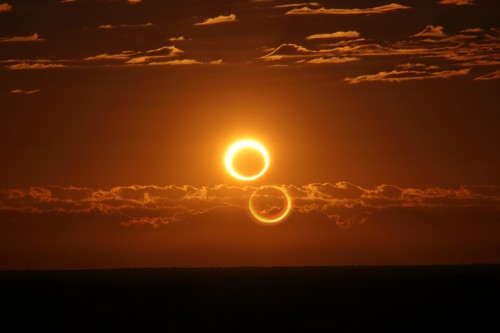 Eclipse photographed in the light of H-alpha 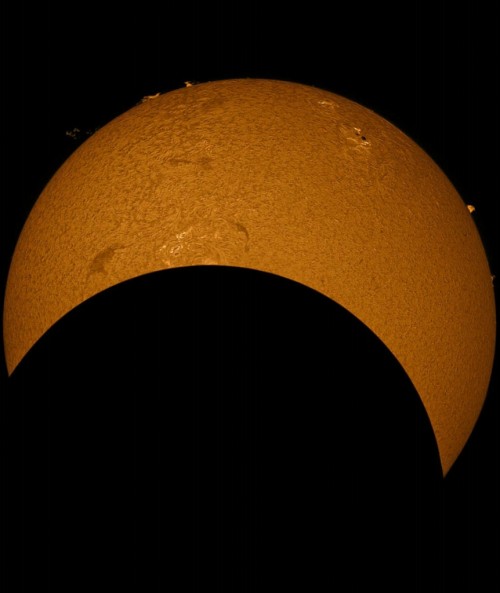 Eclipse photographed in the light of H-alpha

Total eclipse of the band is very narrow. Outside the Moon only partially obscures the Sun, such an eclipse is called private. Australian Mike Salway lives near Sydney. Here moon eclipsed only 40% of the solar disk. For this picture the author had to use special filters. 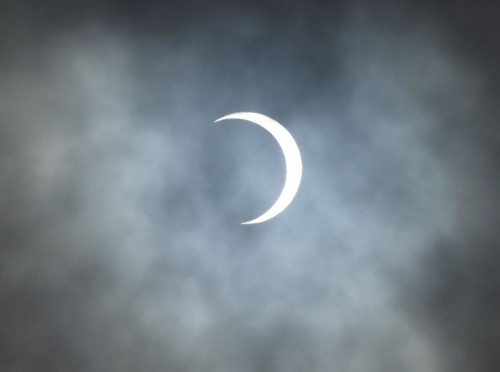 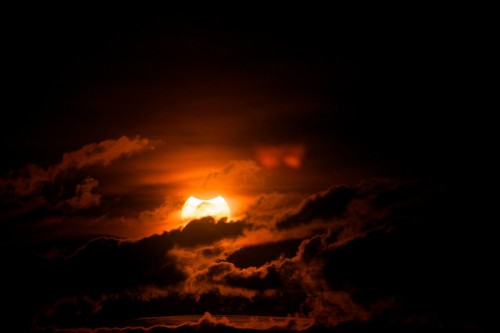 In the H-alpha rays of the sun can be seen a lot of detail — granulation, prominence, flares