Don Cherry and his jackets 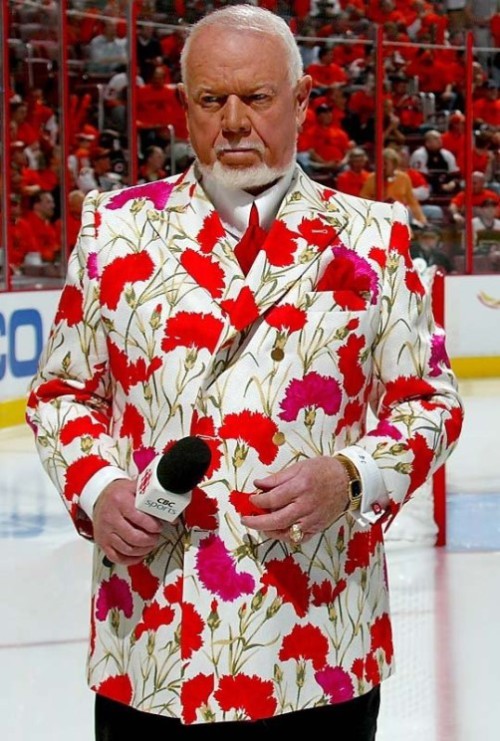 Canadian ice-hockey commentator Don Cherry and his jackets
Born on February 5, 1934, in Kingston, Ontario, Donald Stewart “Grapes” Cherry, or Don Cherry was a professional ice-hockey player in his youth. And later, he became National Hockey League coach.
Noteworthy, at his 78 Canadian CBC ice hockey commentator dares to be different. In particular, he is obsessed with fashion, according to this large collection of jackets and costumes he wears. Canadian favorite, many times his career was put at a risk, but his admirers have always stood up for him. 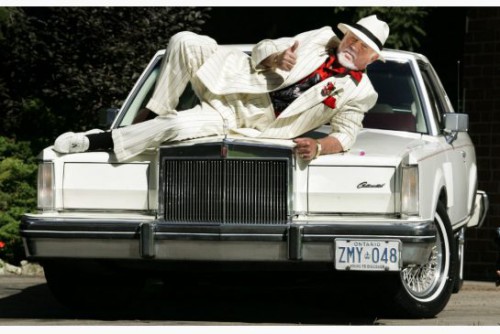 Incomparable Don Cherry poses on the hood of his beloved Lincoln Continental at his home in Mississauga on Aug. 5, 2005

Young Don Cherry met his future wife Rosemarie (Rose) Cherry nee Madelyn Martini (born 1935 in Hershey, Pennsylvania). Rose was hugely influential in Don’s life—because of Don’s minor-league hockey lifestyle, they moved 53 times; they rarely had decent housing or furnishings, and Don was often away playing during major events, such as the birth of their daughter and first child, Cindy Cherry. Six years after Cindy’s birth, Rose gave birth to son Tim Cherry. When Tim needed a kidney transplant at age 13, Cindy donated one of hers. The two currently live across the street from each other, around the corner from their father, in Mississauga.

Don Cherry and his jackets 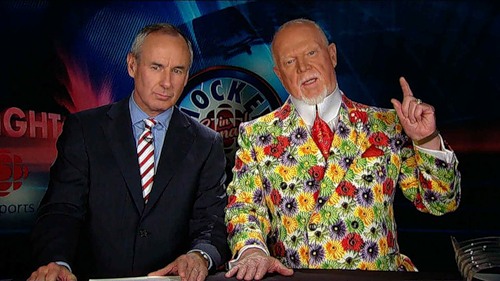 Rose died of liver cancer on June 1, 1997 and in honor of her perseverance, Don created Rose Cherry’s Home for Kids. Her name has motivated Cherry to always wear a rose on his lapel. Cherry contributed in developing Rose Cherry’s Home for Kids which has since been renamed to The Darling Home for Kids, in Milton, Ontario. The Hershey Centre in Mississauga, Ontario is located on “Rose Cherry Place,” a street named for his late wife. In 1999, Don married his second wife, Luba. 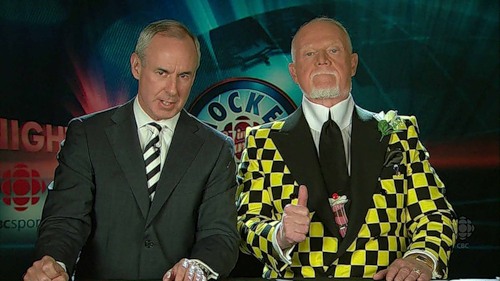 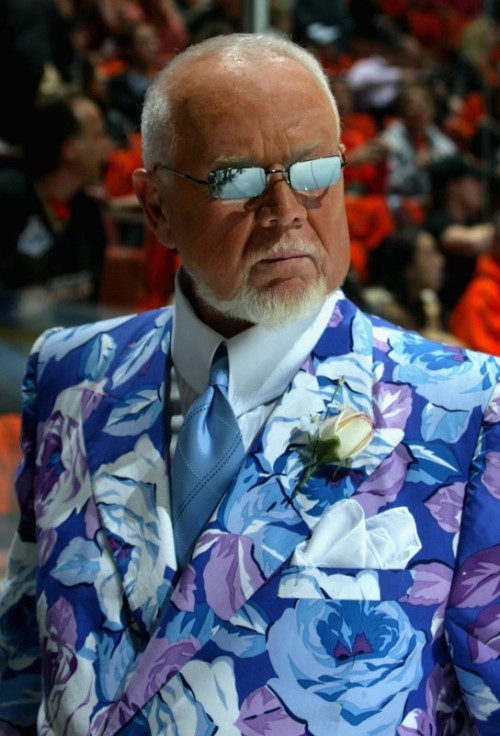 The country’s most famous TV personality, loved and lauded everywhere he goes 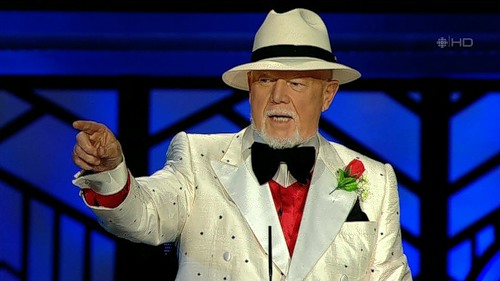 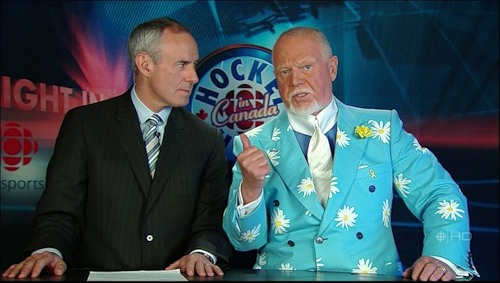 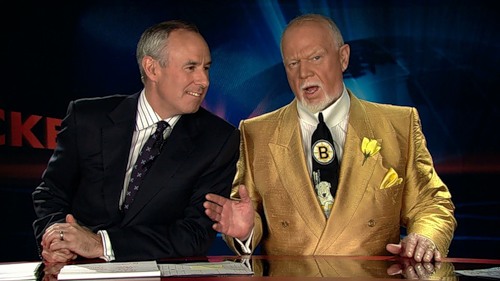 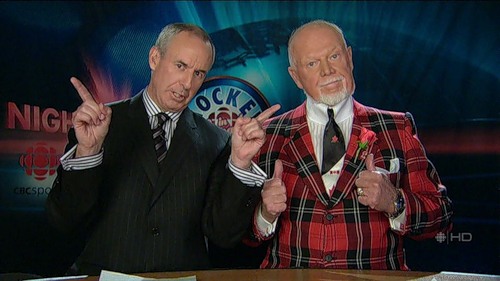 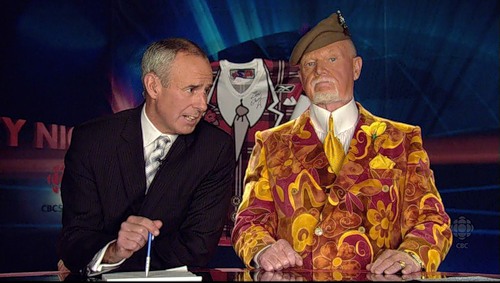 All are the same, but he is different 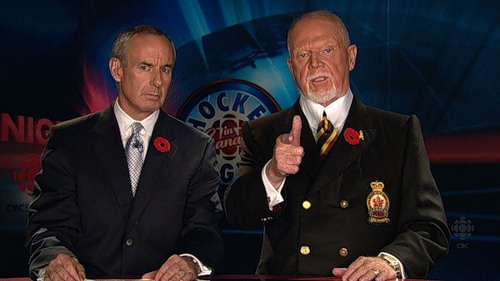 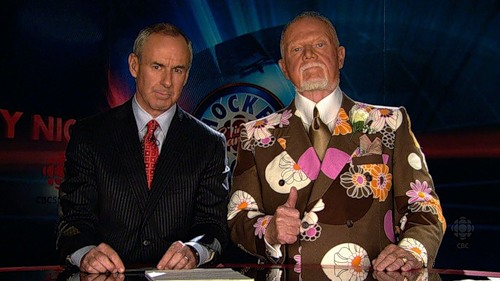 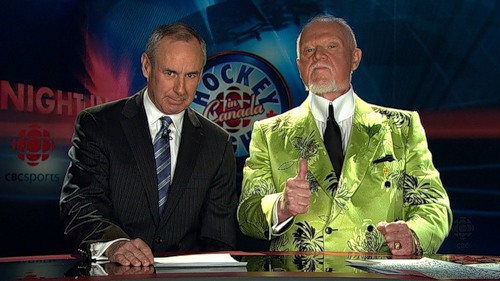 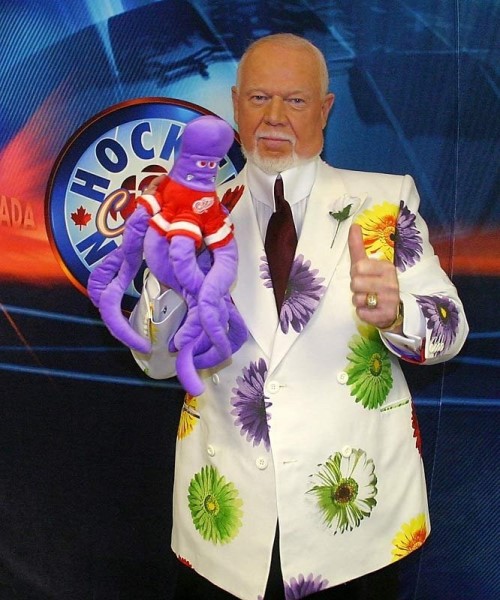 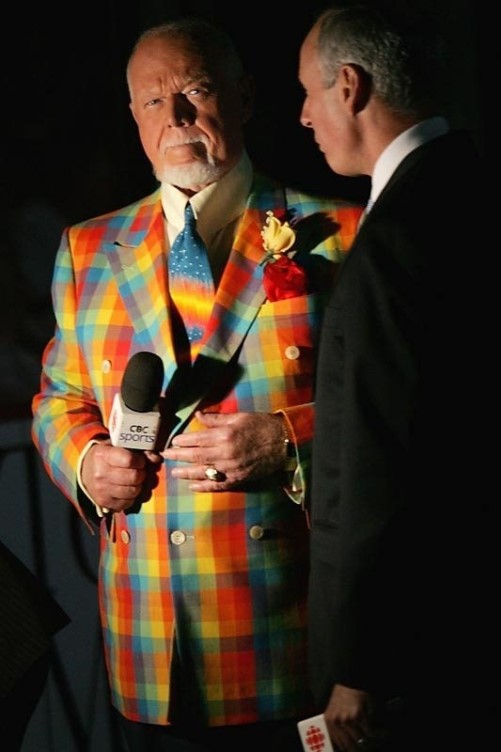 Cherry and his colorful jackets 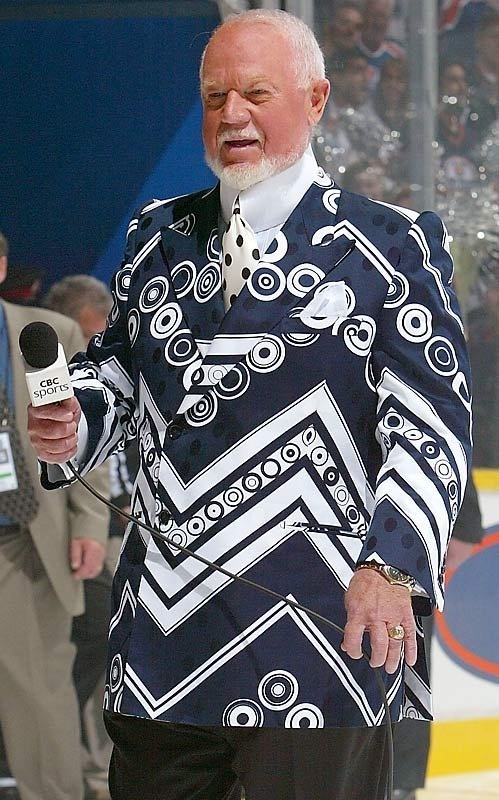 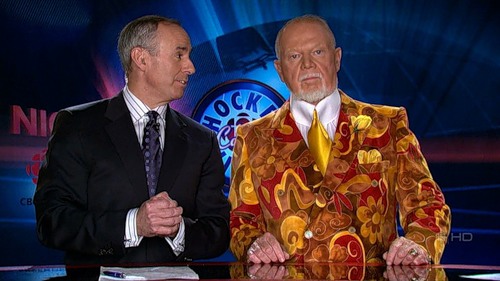 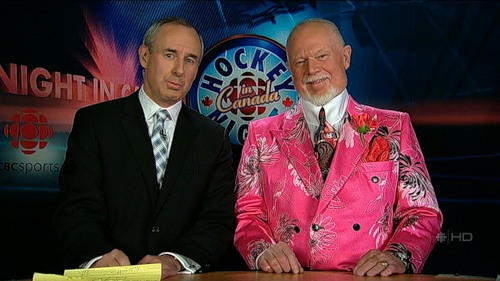 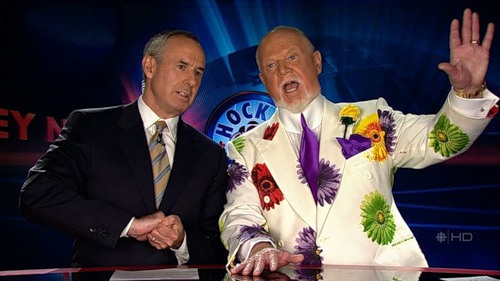 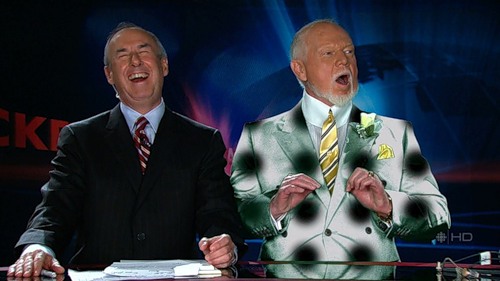 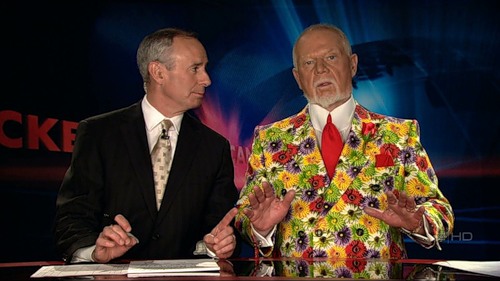 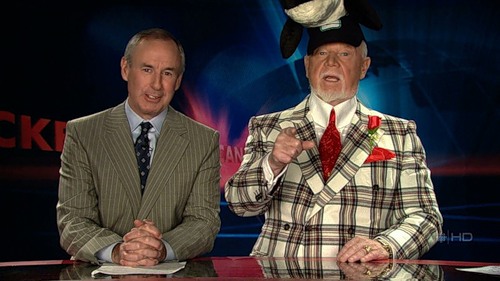