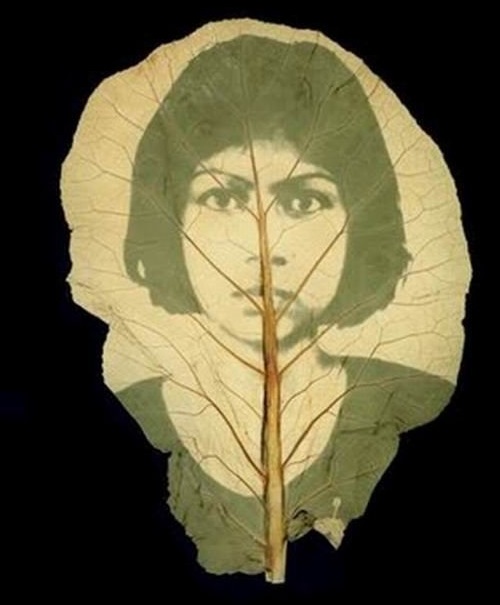 Chlorophyll Prints by Binh Danh
According to Binh Danh, he deals with “mortality, memory, history, landscape, justice, evidence, and spirituality. He is an artist of national importance who investigates his Vietnamese heritage. Noteworthy, his technique incorporates his invention of the chlorophyll printing process, in which photographic images appear embedded in leaves through the action of photosynthesis. In particular, in this series, Binh Danh has recorded the images of the Vietnam War onto and into tropical plants. Meanwhile, all started one summer, when he became motivated to experiment with photosynthesis and its pigments. Particularly, after observing how grass changed color under a water hose that was left on the lawn. Soon after that, he began making chlorophyll prints. 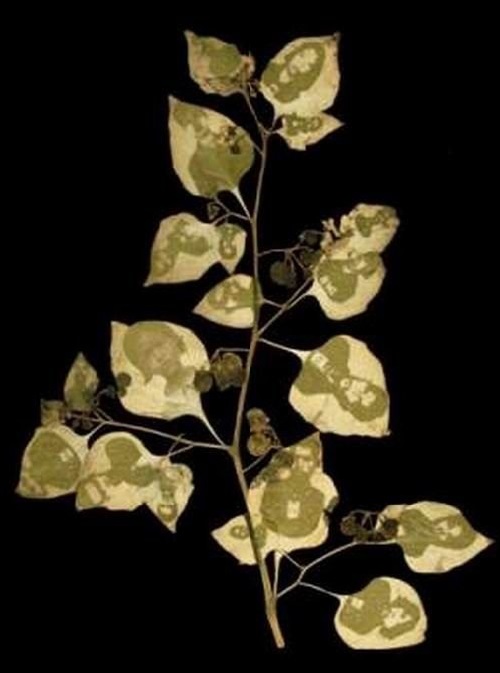 Victims of war. Chlorophyll Prints of the Vietnam War on the tropical plants by Binh Danh

In his work, photosynthesis is used to record images onto leaves using only chlorophyll and light: the life source of plants and, consequently the Earth. The leaves are then cast in resin, like biological samples for scientific studies.

This process deals with the idea of elemental transmigration: the decomposition and composition of matter into other forms. The images of war are part of the leaves, and live inside and outside of them. The leaves express the continuum of war. They contain the residue of the Vietnam War: bombs, blood, sweat, tears, and metals.

The dead have been incorporated into the landscape of Vietnam during the cycles of birth, life, and death; through the recycling and transformation of materials, and the creation of new materials.

As matter is neither created nor destroyed, but only transformed, the remnants of the Vietnam and American War live on forever in the Vietnamese landscape. 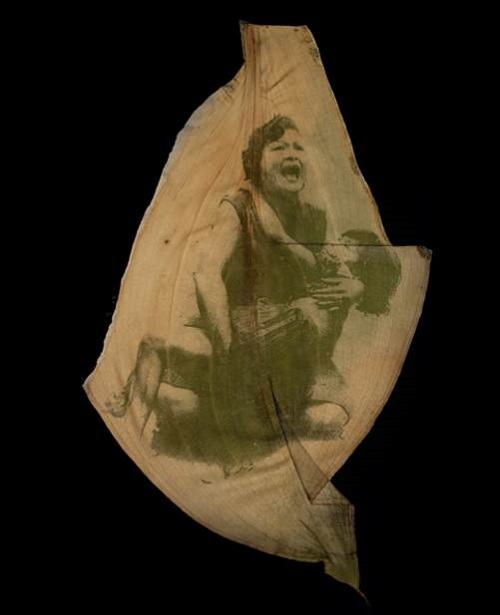 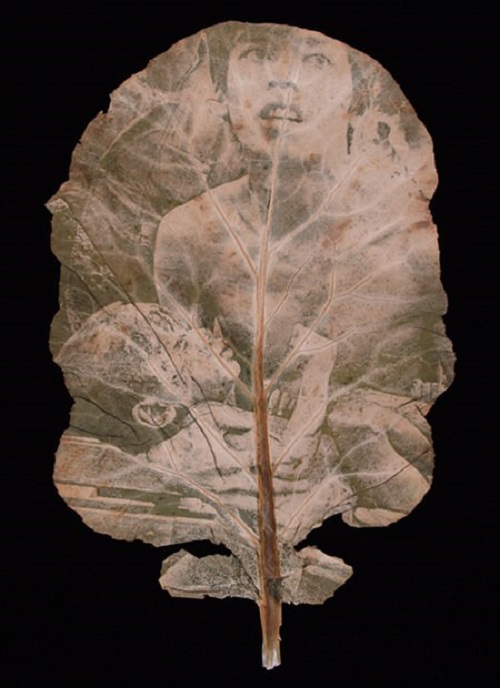 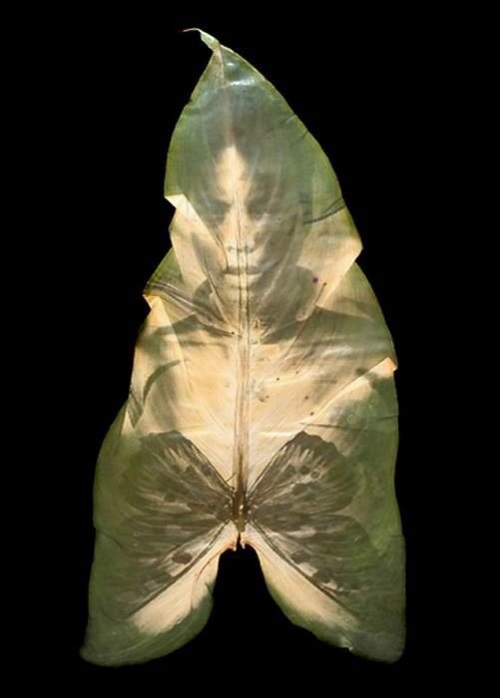 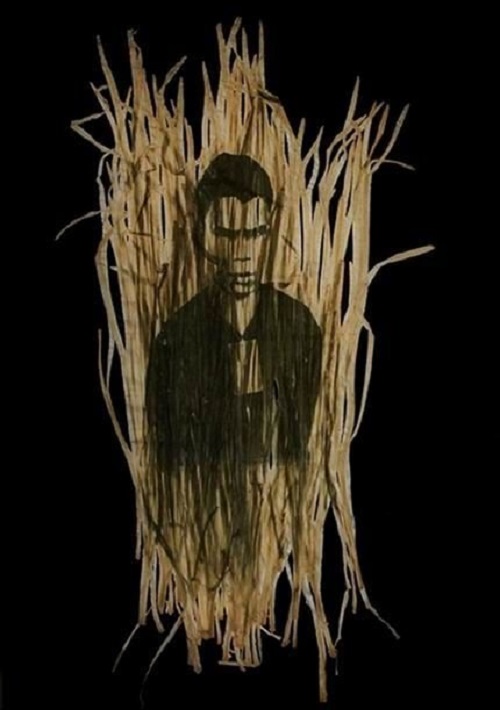 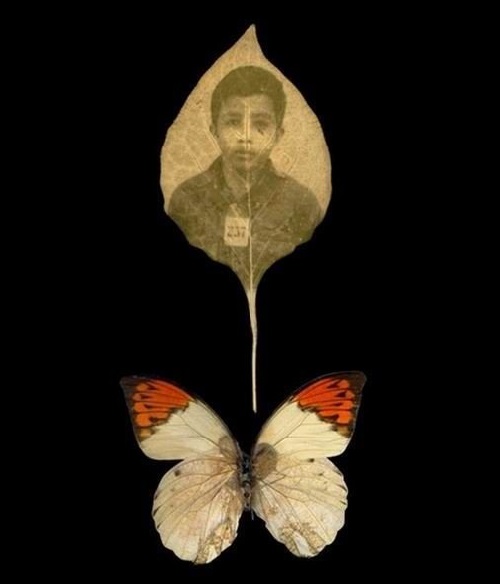 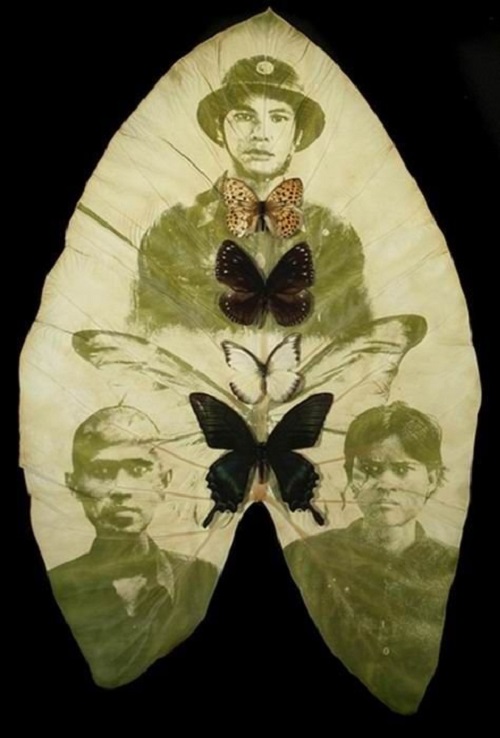 Vietnam War on the tropical plants by Binh Danh 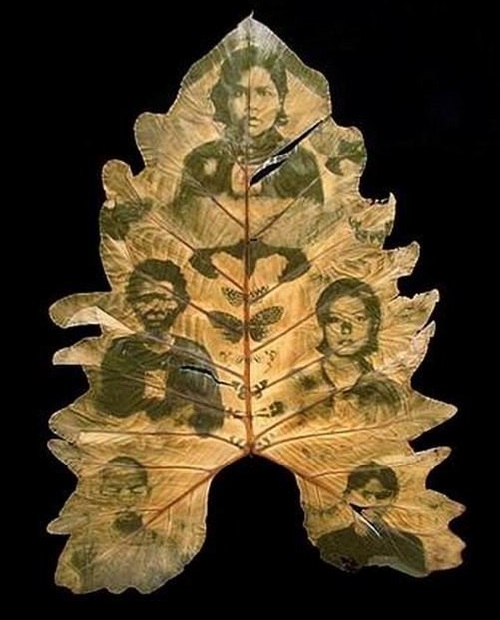 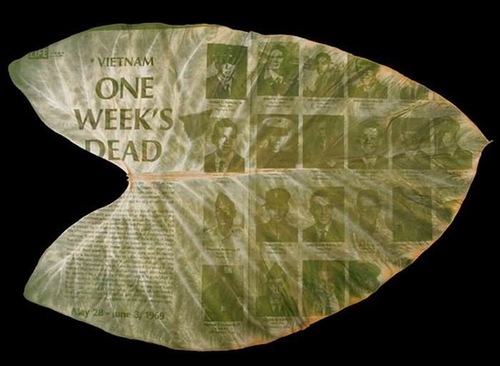 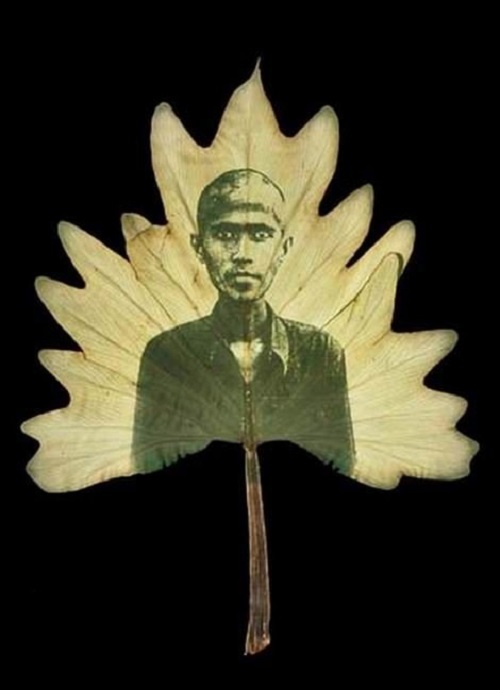 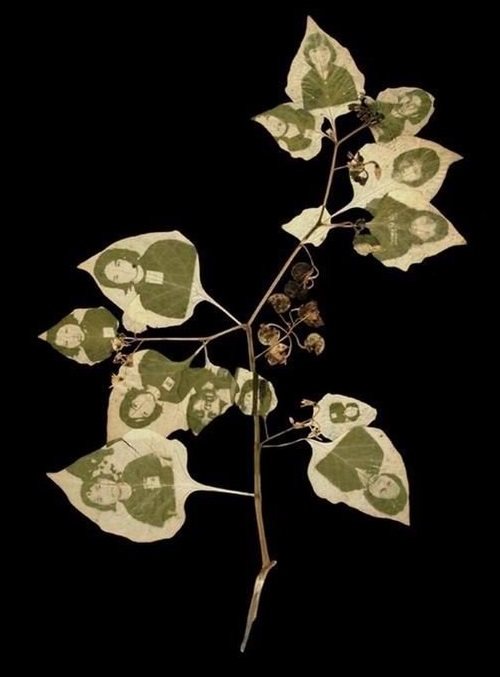 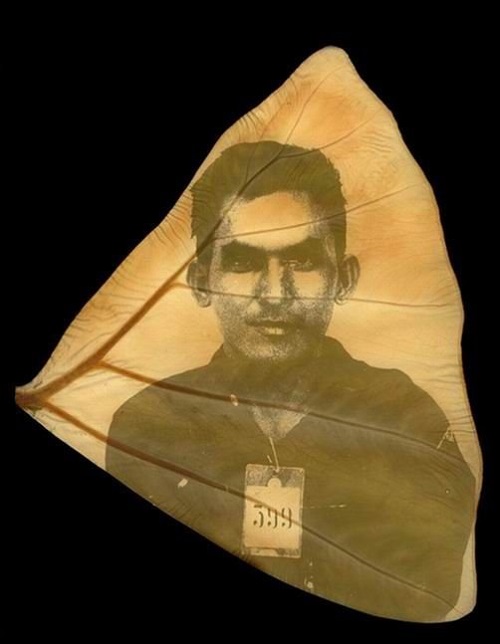 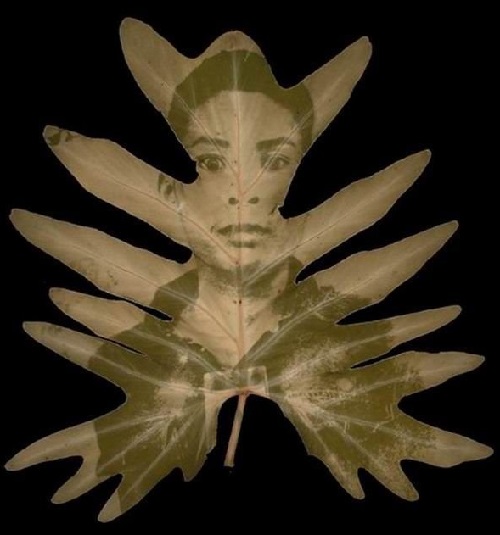