Christmas Round the World

Prince on a unicorn. Christmas Round the World

Christmas Round the World
In Sweden, festivities still begin on Saint Lucia’s day, December 13th. This is traditionally the longest and darkest night of the Swedish winter. Little girls dress in long white dresses, with a crown of lighted candles in their hair as a symbol of light. They serve the rest of the family with coffee and cinnamon buns while they sing Christmas carols. 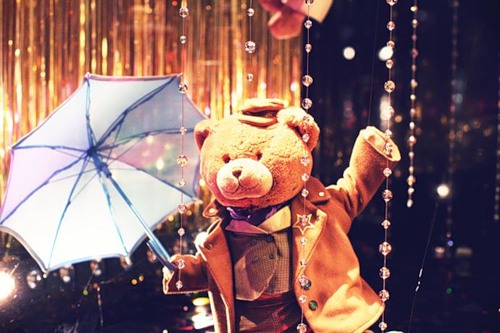 Candles are an important symbol in the Jewish festival of Chanukah*, too. Every home has a special candlestick for eight candles, one for each of the eight days of the festival. (…) The festival celebrates the rebellion of the Maccabees against the Assyrian Greeks in the second century B.C. In the temple of Jerusalem after the victory, a lamp which only had enough oil for one day burned miraculously for eight days. During Chanukah, families hold parties and give each other gifts.

In Mexico, during the nine days before Christmas, people visit their friends’ houses in the evening carrying candles. They sing carols and knock at the door. At first they are not allowed in. This is one of the customs of Posada! Then they explain they are Mary and Joseph, parents of the Christ Child, who were turned away from the inn in Bethlehem before He was born. They are welcomed warmly. The celebrations often end with fireworks and “pinata” for children. Each child is blindfolded, and given a stick with which to break open the “pinata”, a clay bowl sealed with rice paper and decorated. The bowl is full of sweets, nuts, fruits and small toys.

In the Netherlands, St. Nicholas arrives by boat. He arrives on December 6th, together with his servant, Black Peter, who carries a sack to take away any children who have been naughty. He brings presents for the good children.

Christmas Round the World