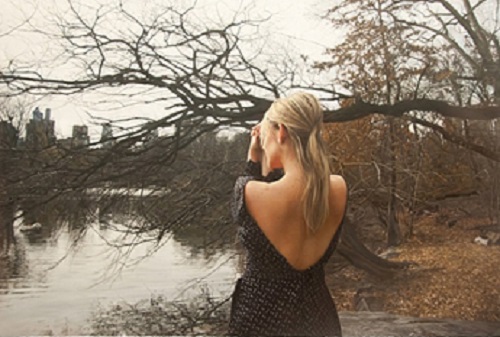 Contemporary realism by Yigal Ozeri
One can hardly tell whether these artworks are paintings or photographs. The talented painter Yigal Ozeri was born in Tel Aviv, Israel. He started painting at the age of 10. He became a successful artist in Israel, and by the age of 30 his abstract paintings had been exhibited in museums in Tel Aviv and Jerusalem. In 1991 he, his wife and daughter moved to New York, where they are living now. Beautiful paintings by Yigal Ozeri have been exhibited in many countries since 1988. For the last thirty years, Ozeri’s paintings have been part of permanent collections at New York’s Jewish Museum, the Israel Museum in Jerusalem, the Tel Aviv Museum of Art, the Haifa Museum of Art, and others. 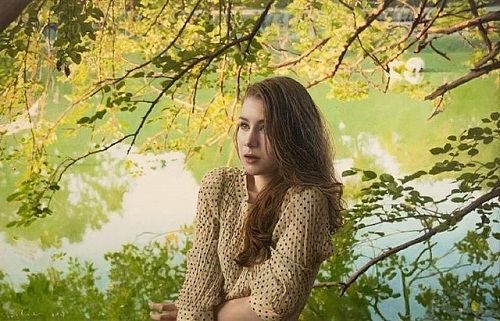 From the series “Morning”. Painting by Yigal Ozeri

“Aside from my work, my mission is to educate people, and I very much enjoy talking about art,” Ozeri says. “I love meeting people, and if people feel a connection to my work, then I am always happy to talk about it.”

“It can be called photo realism, but I truly feel that I’m painting from life — it’s my way of capturing reality, capturing a moment or a performance.” Ozeri first shoots photographs of his models and digitally works on them in his computer using Photoshop. Then he prints the photos and uses them as a guide to paint with oil on large canvas.

“I was a city boy all my life,” explains Ozeri, “So for me, when I first came to New York and saw Central Park,” he says, “that was it — that was nature to me. And the fact that it was in the middle of the city, that made it all the more beautiful.”

Meanwhile, 53-year-old Yigal Ozeri is the father of a 25-year-old daughter and 11-year-old son, and they reside in the West Village with his wife. 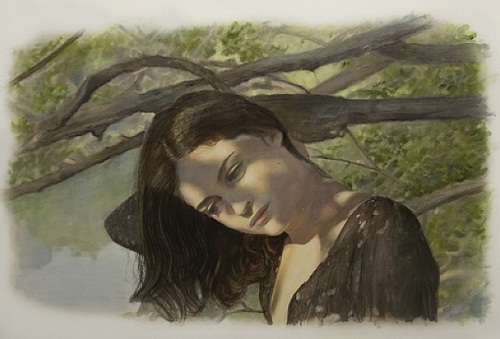 At the river. Painting by Yigal Ozeri 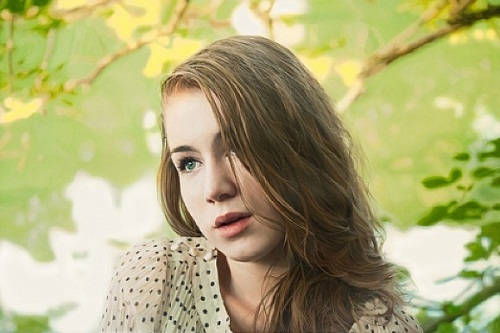 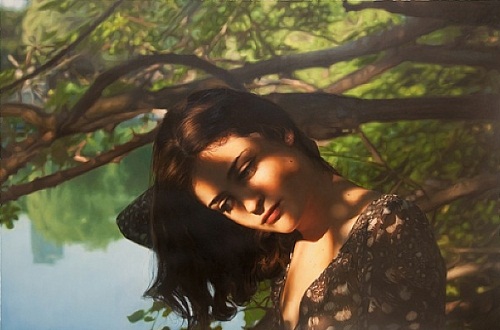 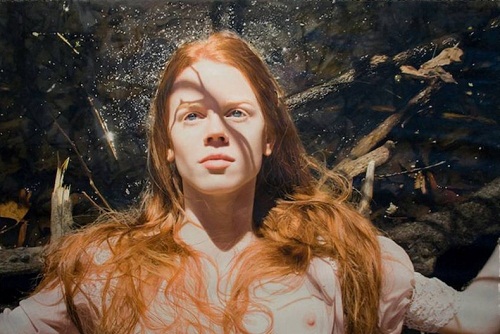 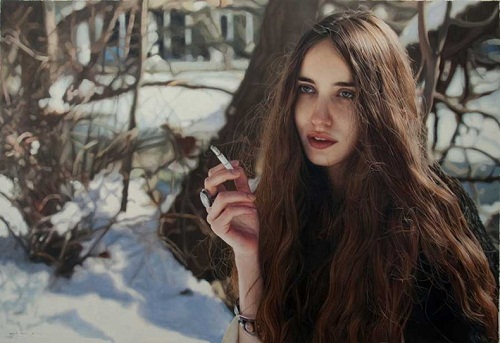 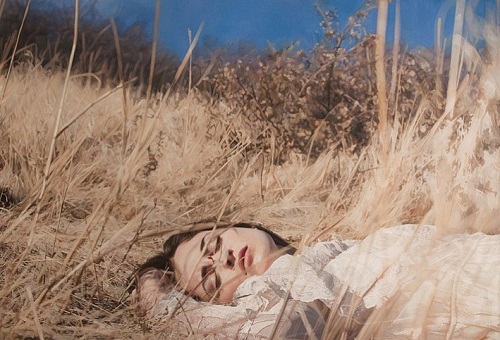 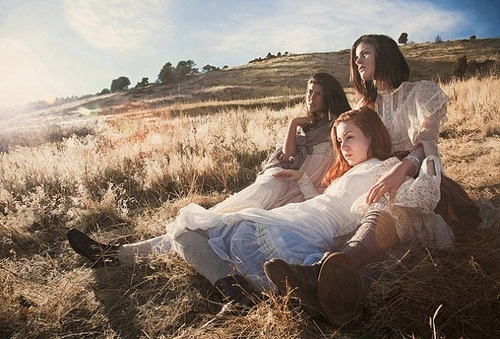 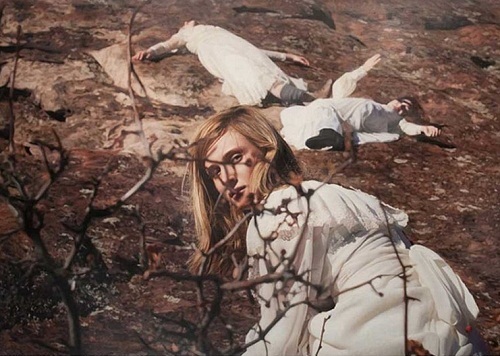 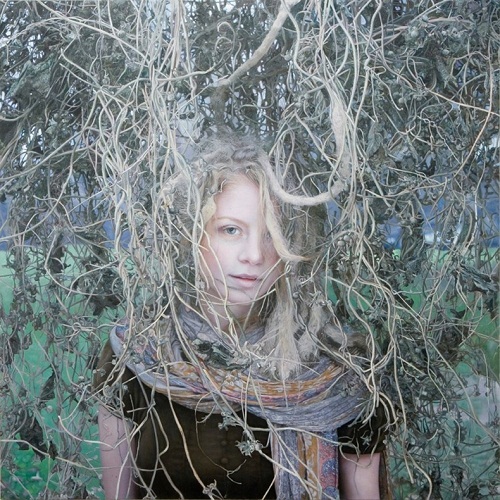 In the woods. Painting by Yigal Ozeri 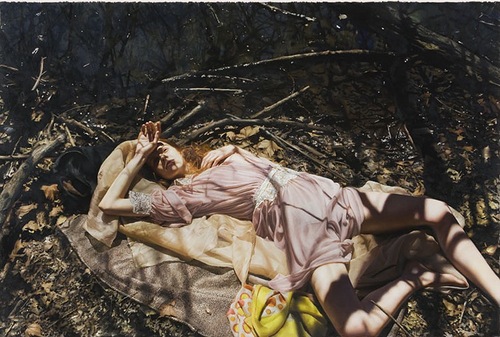 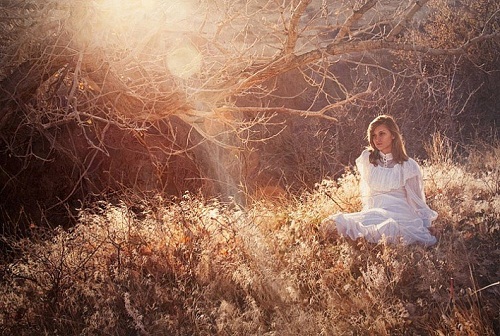 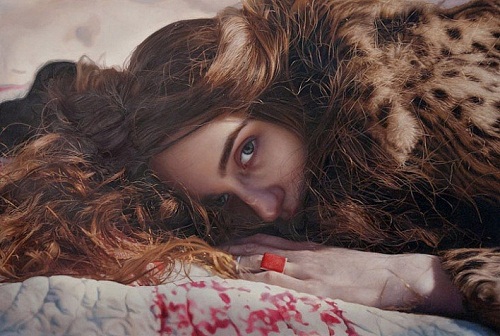 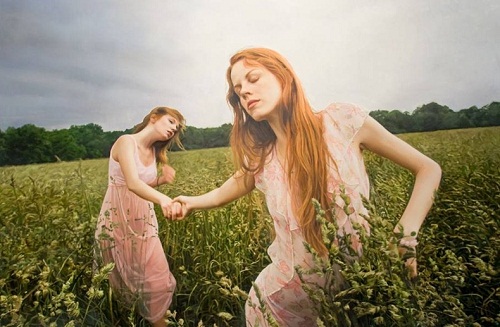 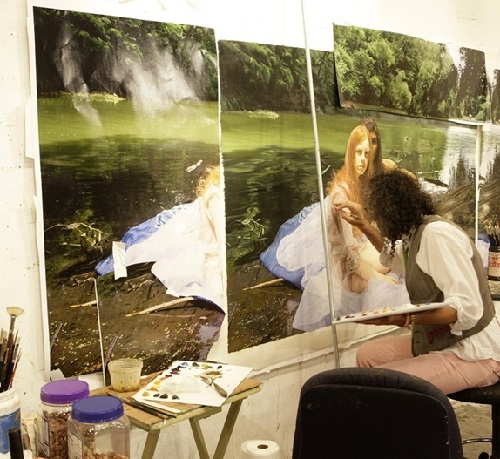 53-year-old Yigal Ozeri in his studio