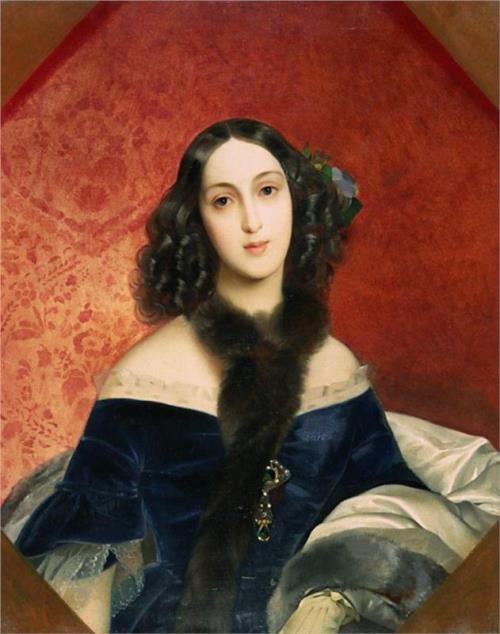 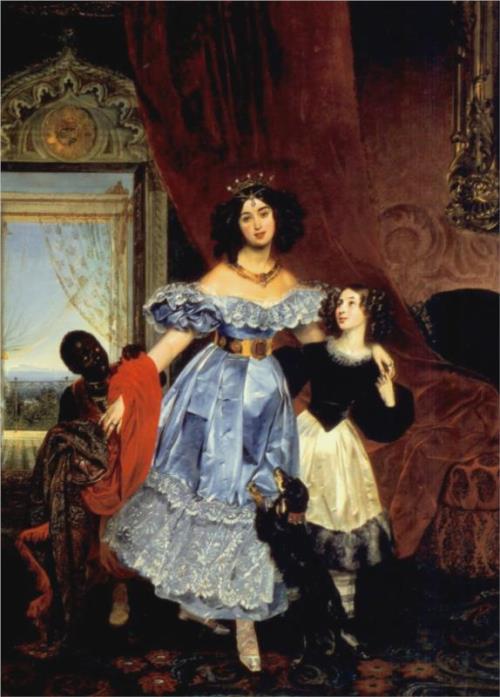 The image of this beauty with the contradictory nature has imprinted in his heart. She seems to do so many attentive glances – gentle and provocative at the same time… No, most likely, it’s just a fantasy, because next to her there are so many famous and beautiful men: Verdi, Rossini, Donizetti, Bellini, Pacini! Who he is – Russian artist, whose fame has remained far away, in St. Petersburg!

And Yulia … he just can not believe it. Is she – high society beauty, the daughter of General, the granddaughter of two graphs (nephew of Catherine the first)…

Yulia married Count Nikolai Alexandrovich Samoilov, adjutant of the Life Guards regiment, but their marriage broke up. This period of her life was marked by the most unpleasant rumors. They say she continually changed lovers.

Every day in her home was a guest for at least a dozen young officers, foreigners, and celebrities. Champagne flowed freely, fun surpassed all limits of permitted …

And here, in Italy, where this unpredictable woman moved, leaving the Russian capital, and trailing behind her trail of gossip. Bryullov saw how Julia was right. Here he counted all the rides to her palace in Milan, hoping nothing.

Karl Briullov was all passion, he did not do anything quietly, as the ordinary people do.

Around the same time, he met wonderfully beautiful, and incredibly rich, extravagant, often defying public opinion Countess Yulia Pavlovna Samoilova. Just at that time in the salons of Rome people were whispering about the “poor Emmanuel Cornet In September,” who did not survive the coldness of her and shot himself.

Samoilova … She accepted his love and despite the distance between Italy and St.Petersburg rumors reached her.

At that time, Yulia and Karl didn’t hide their intimate relationship. According to people who knew her those years, the countess has changed dramatically. Accustomed to command, she treated Briullov as a high priest and was close to him, admiring his eternal art. “Nobody in the world admires you and loves you as I do …” – She wrote to the artist.

At first, they only appeared everywhere together. Bright, beautiful they were a memorable couple. Together they traveled to Italy. “I love you more than I can say, till the grave” – a letter containing such recognition, found the artist, no matter where he wandered away from Yulia.

Their relationship was higher than the usual notions of morality. Even jealousy was alien to them, in fact, they never hid from each other their love affairs that occurred from time to time. “Tell me where you live and whom you love? Nana or the other? I kiss you, and truly I will write to you often,” – he wrote his beloved Yulia.

Nor short-term separation, neither romance could make their relationship less tender. Proof of this are the letters of Countess, addressed to the artist and his paintings. The features of Yulia as an obsession appeared in many paintings of Bryullov. For example, in “The Last Day of Pompeii” – two characters have her face. There is also a picture of him: golden-haired, handsome with a sketchbook on his head, hiding behind the rain of hot ash. Maybe Julia also became the inspiration of the famous masterpiece “Italian afternoon.” Many of the drawings of the artist as well have the shape of his legendary muse, the woman he loved.

The Countess appeared in St. Petersburg only in 1839: Count Litta died and left her a vast fortune, she had to join the law of inheritance. What was the first meeting after a long separation of the artist and his eternal sweetheart? Time did not disclose these secrets … But it was then that Karl Bryullov started writing the famous “Portrait of Countess Julia Pavlovna Samoilova, receding from the ball with the pupil Amatsiliey Pacini.” As rapidly as it is shown in the picture, she left St. Petersburg for an unknown reason. It was their last meeting.

This Portrait was remaining unfinished, it was in Milan after the death of Charles Bryullov in 1852. Years without Karl did not brought her happiness: Samoilova Yulia was married four times, and all marriages were short. The fourth time the countess married at 60. She died in Paris in 1875. 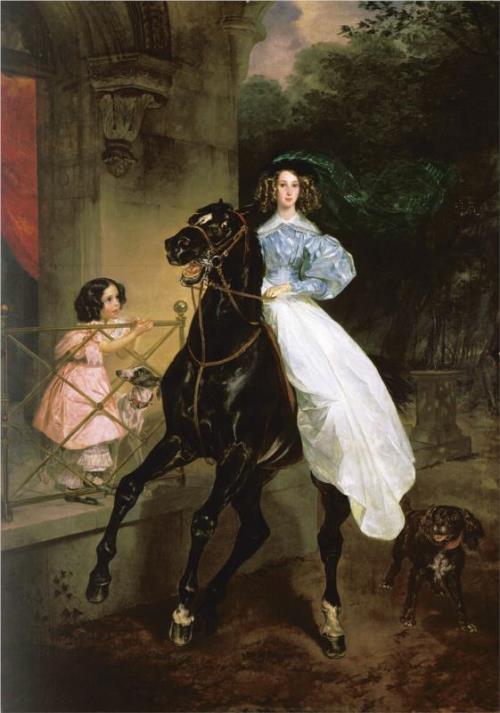 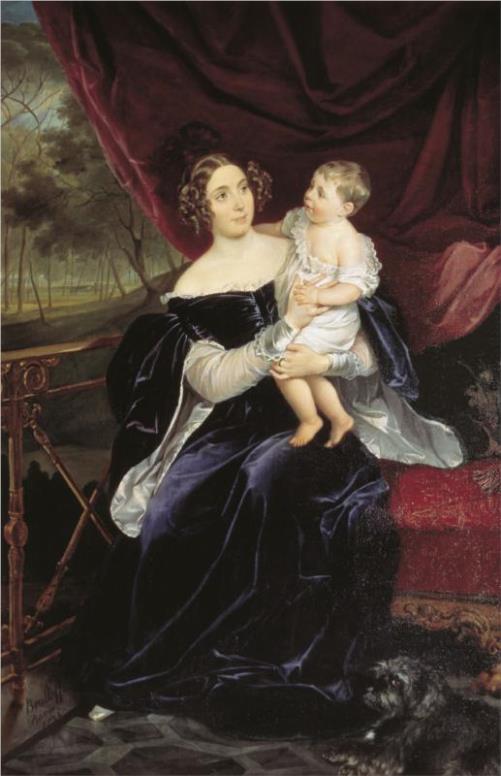 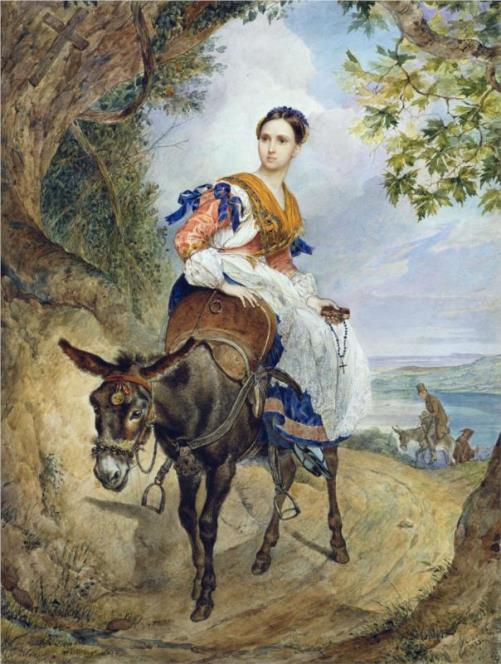 Portrait of Countess O.P.Ferzen on a donkey. 1835 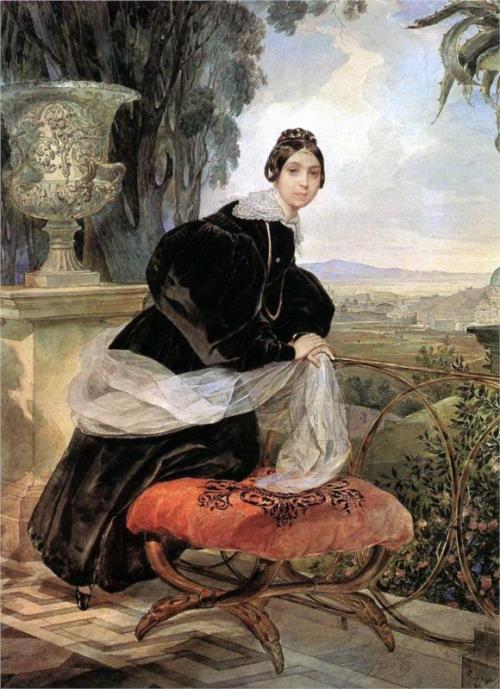 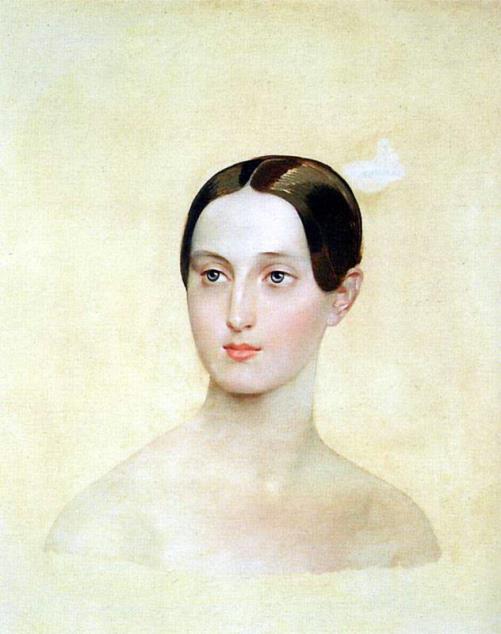 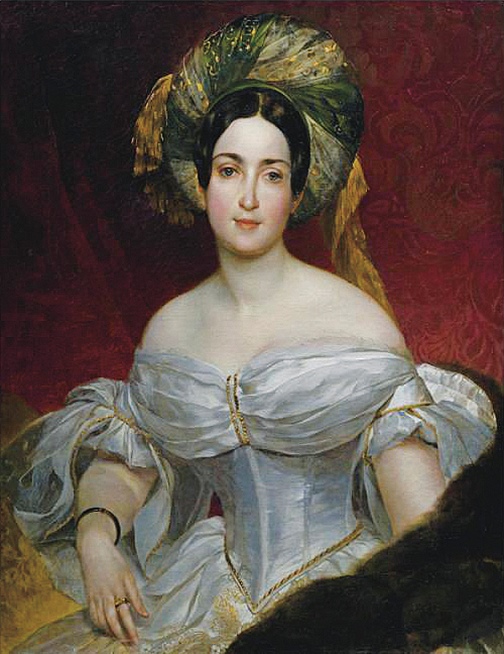 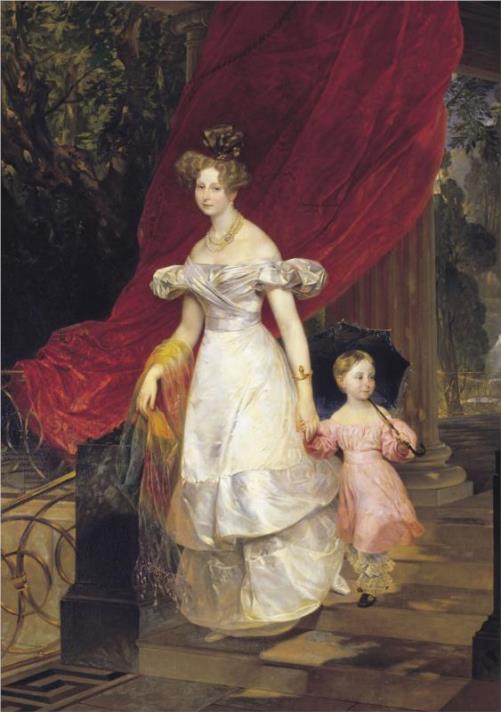 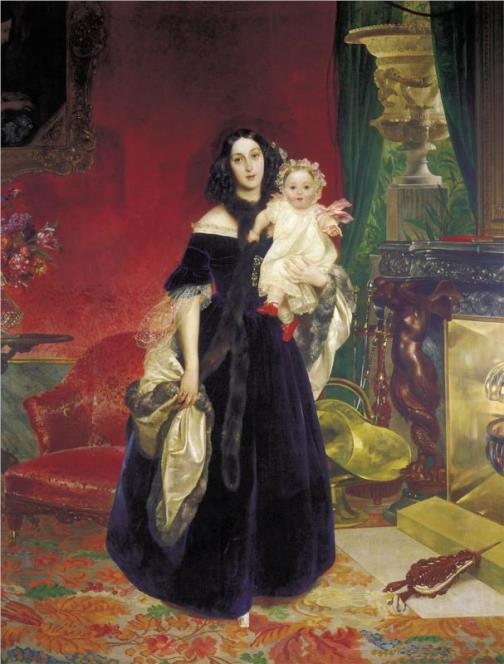 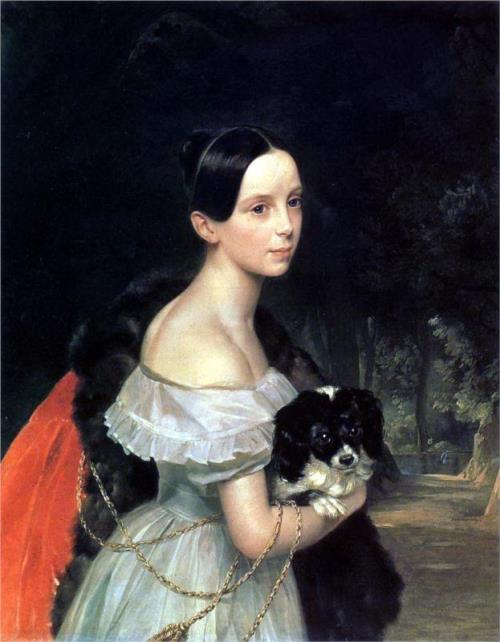 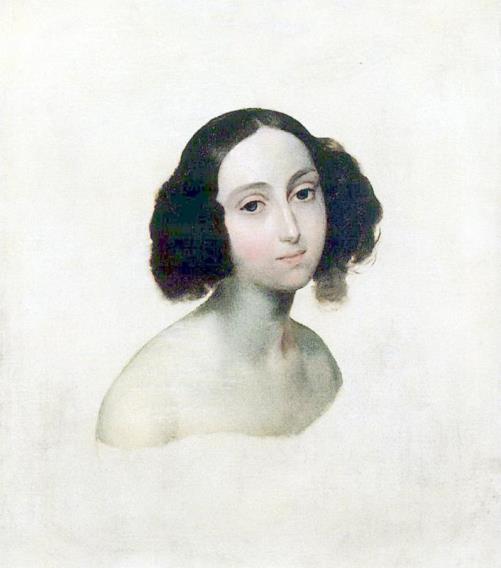 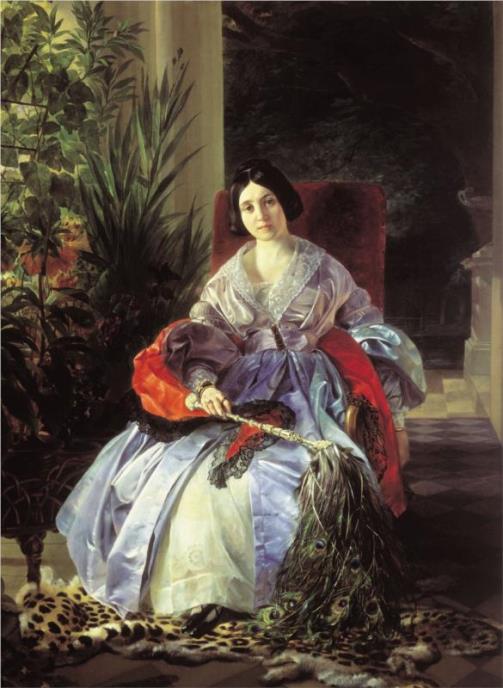 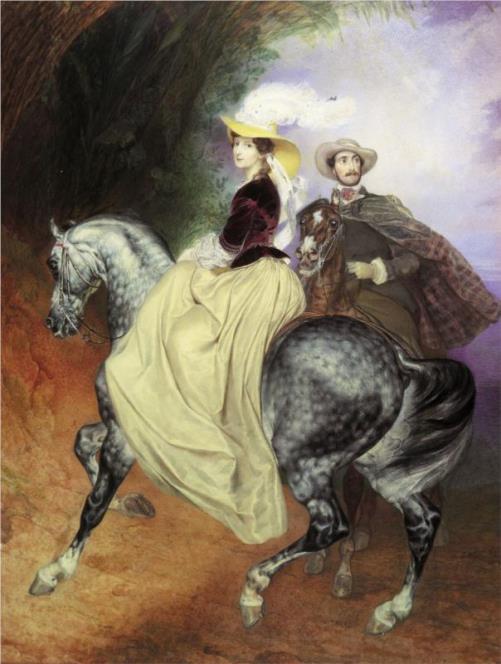 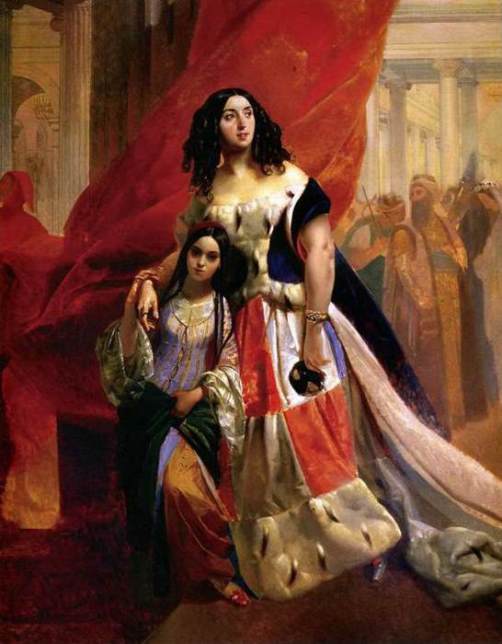 Countess Julia Pavlovna Samoilova, receding from the ball with the pupil Amatsiliey Pacini. 1842 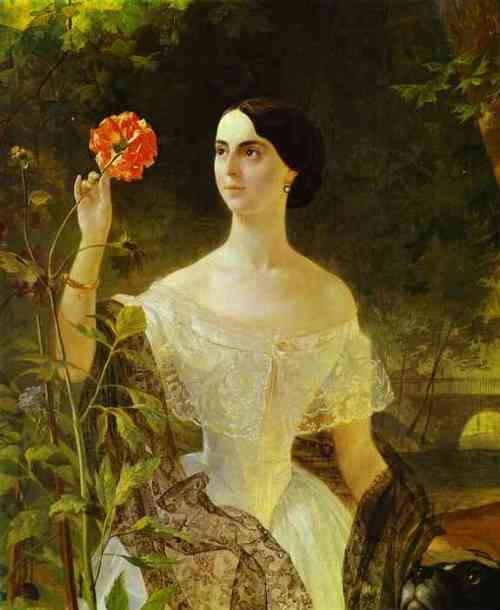 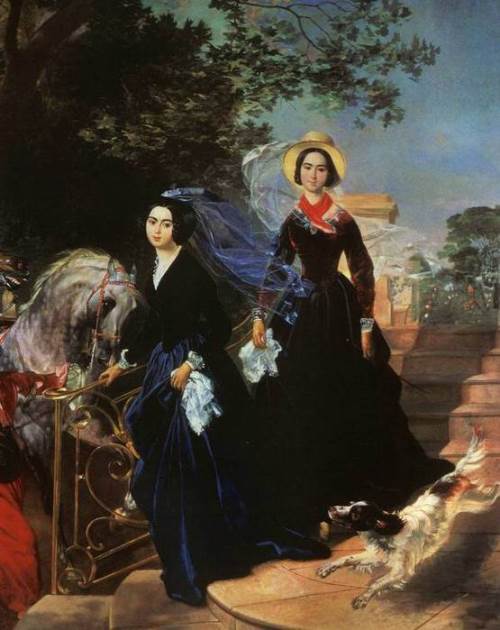 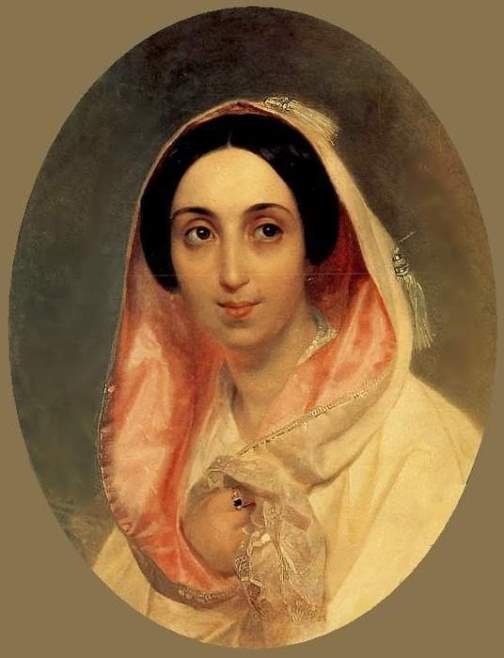 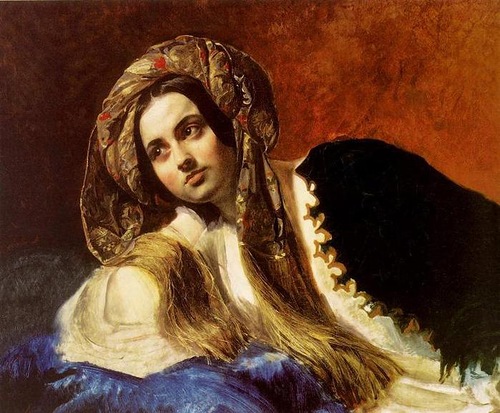 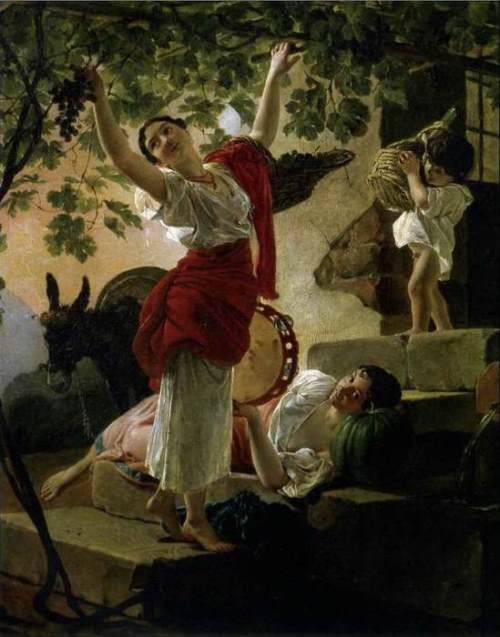 A girl collects the grapes around Naples. 1827. Karl Bryullov 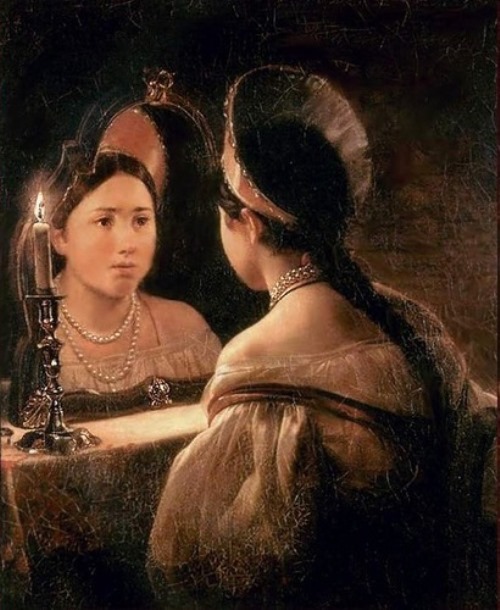 I am wondering Svetlana. 1836. Karl Bryullov 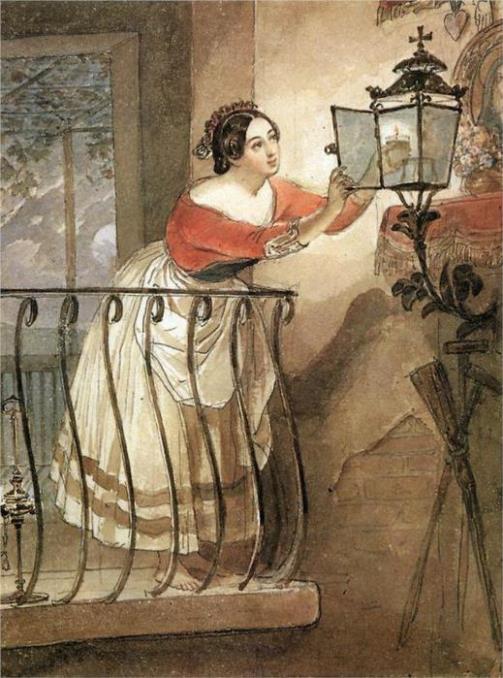 Italian, lightning the lamps before the image of the Madonna. 1835 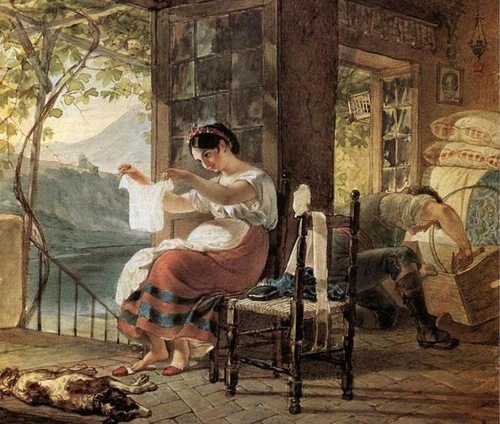 Italian, expecting a child, looking at his shirt, her husband cobble together a cradle. 1831 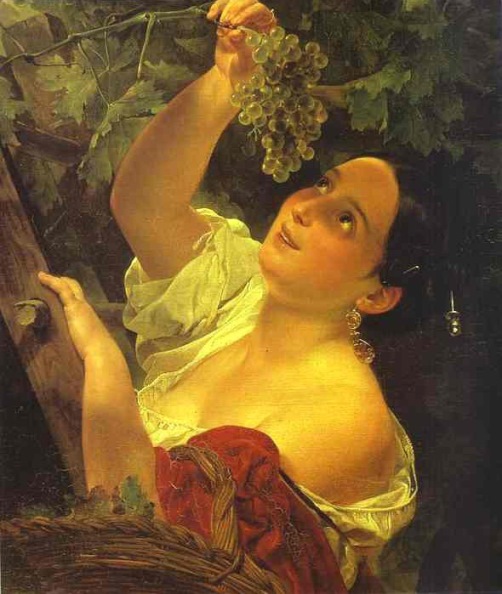 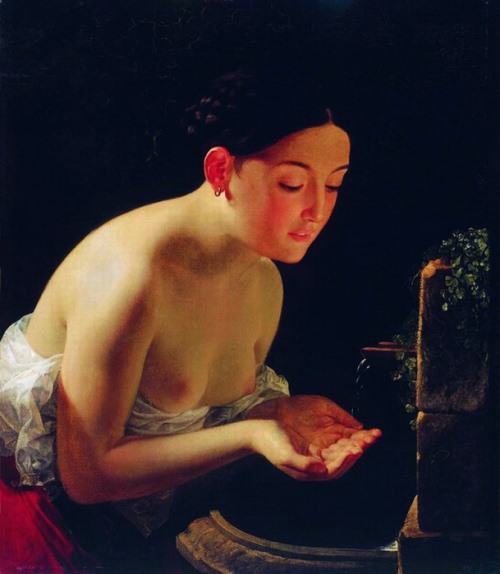 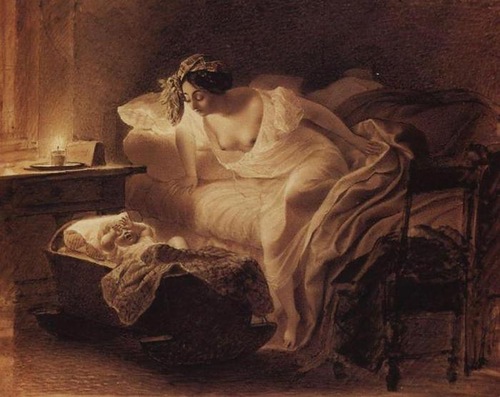 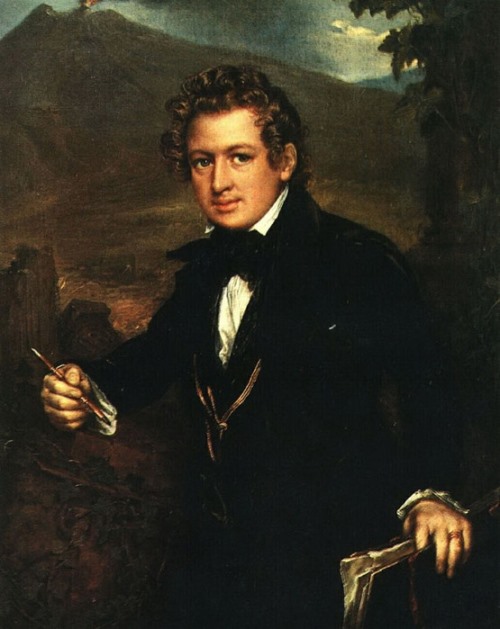