« Mysterious Carbonado Diamonds
Spirit of the season from Marianna » 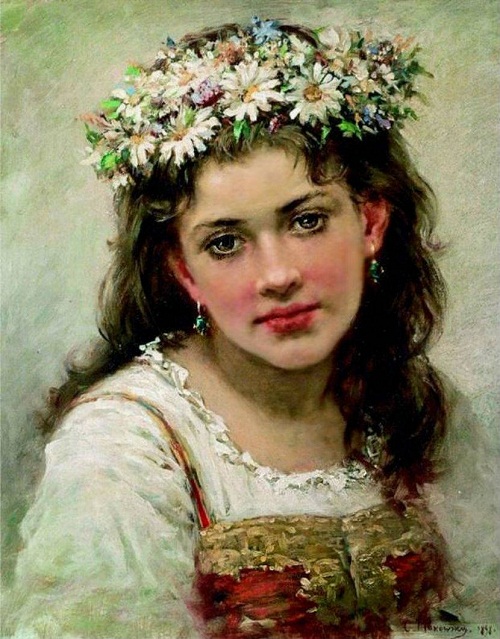 Beautiful female portraits by Konstantin Makovsky
Russian painter Konstantin Makovsky was born June 20, 1839 in Moscow. He grew up in the artistic atmosphere of an art figure and amateur painter, Yegor Makovsky, and his mother – a music composer. In 1851 Konstantin entered the Moscow School of Painting, Sculpture and Architecture, where he became the top student. In the 1880s, he became a fashioned author of portraits and historical paintings. At the World’s Fair of 1889 in Paris Konstantin Makovsky received the Large Gold Medal for his paintings “Death of Ivan the Terrible”, “The Judgement of Paris”, and “Demon and Tamara”. Besides, he was one of the most highly appreciated and highly paid Russian artists of the time. Unfortunately, Makovsky became a victim of a road accident – his horse-driven carriage was hit by an electric tram. He died September 17, 1915 in Saint Petersburg. 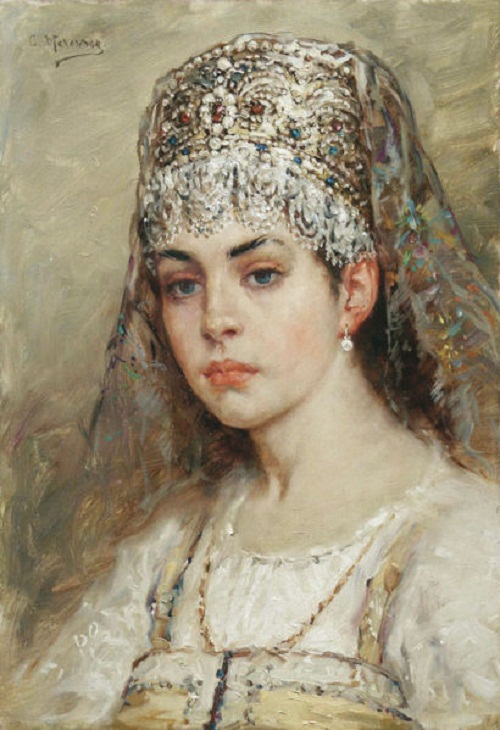 So, Konstantin Makovsky painted a great many colorful paintings of Boyar Rus of the 17th century. His beauties dressed in colorful clothes, wonderful Russian hats, and luxurious earrings and necklaces of that distant era, which are drawn with astonishing detail. And the source of this accuracy and credibility was his long-standing passion – collecting items of Russian (and not only) antiquity, which he collected all his life.

According to his son, Makovsky, almost every day was wandering in Antique shops and dealers, various flea markets, including the Alexander Apraksin Market, in search of Russian antique. 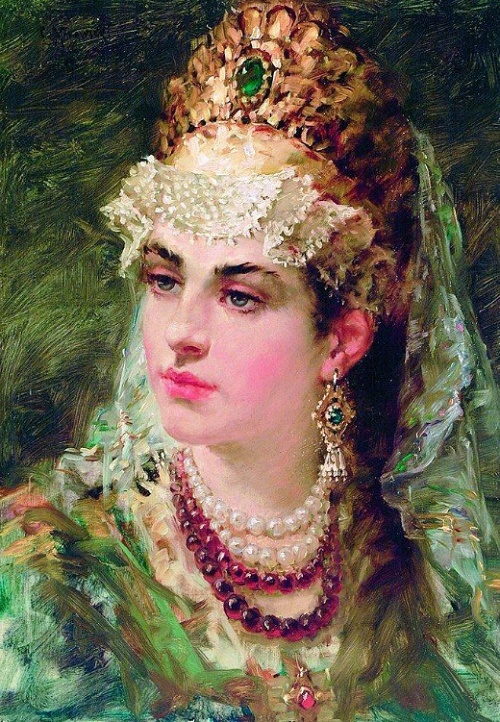 All the details of jewellery accurately painted out. 1900 Beautiful female portrait from the series ‘Russian Boyaryshnya’ 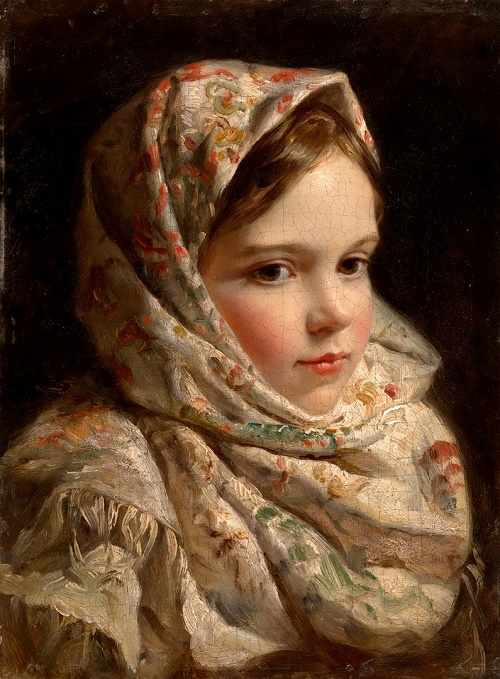 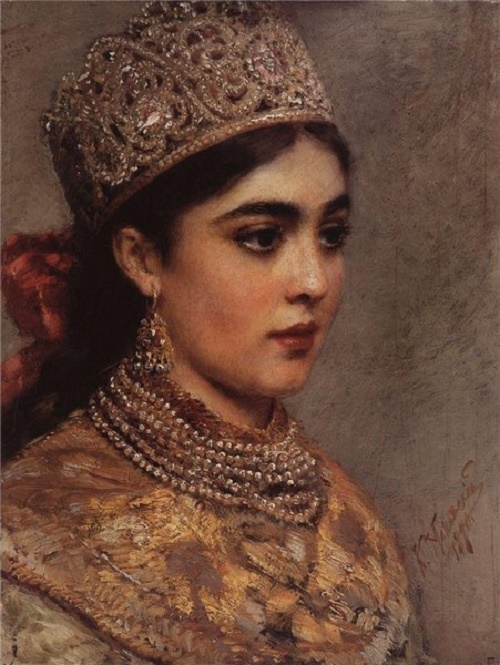 Wearing a crown and necklace Boyaryshnya 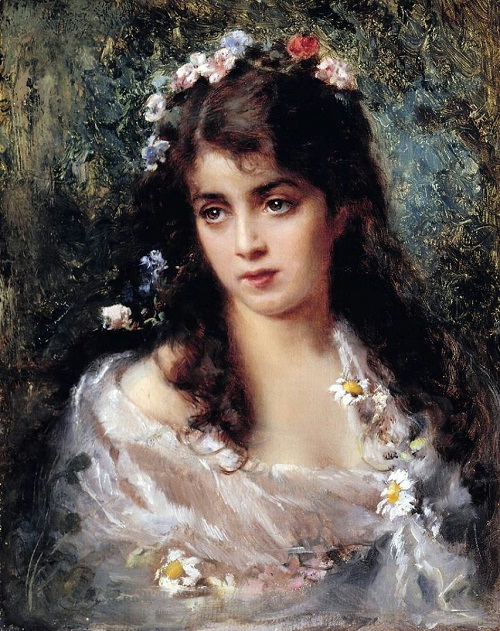 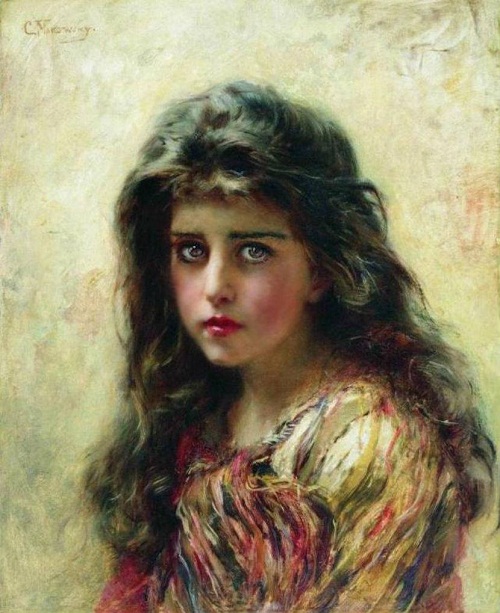 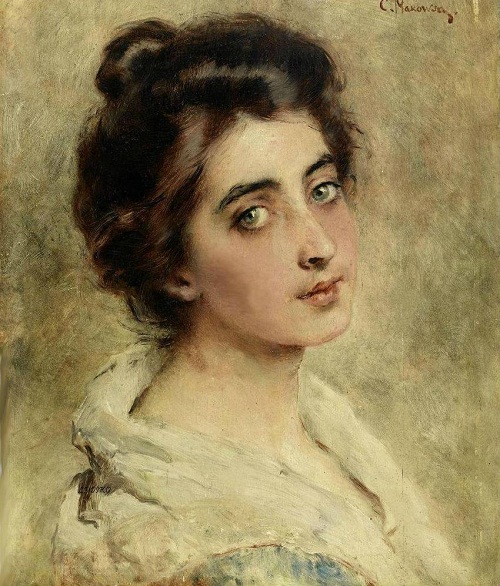 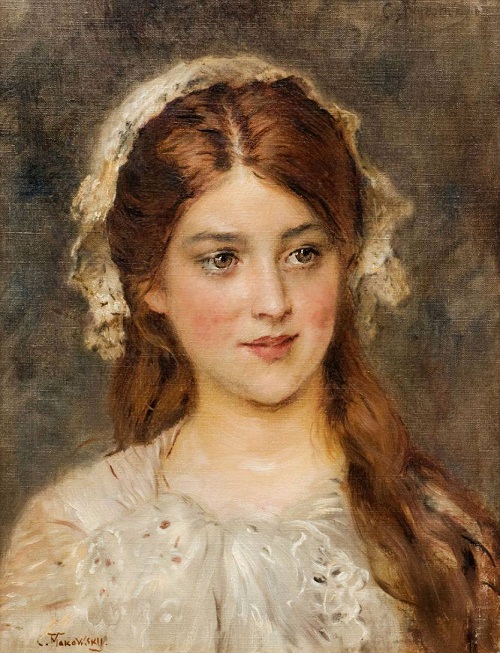 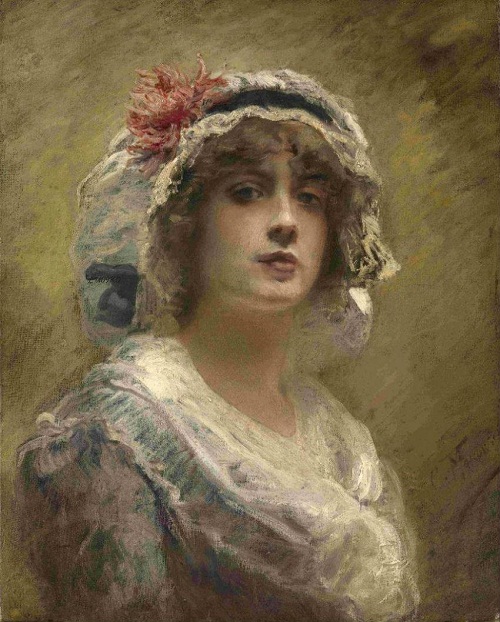 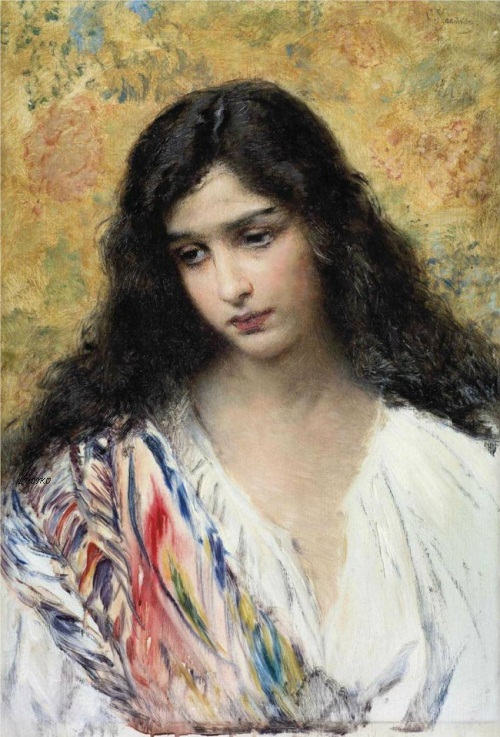 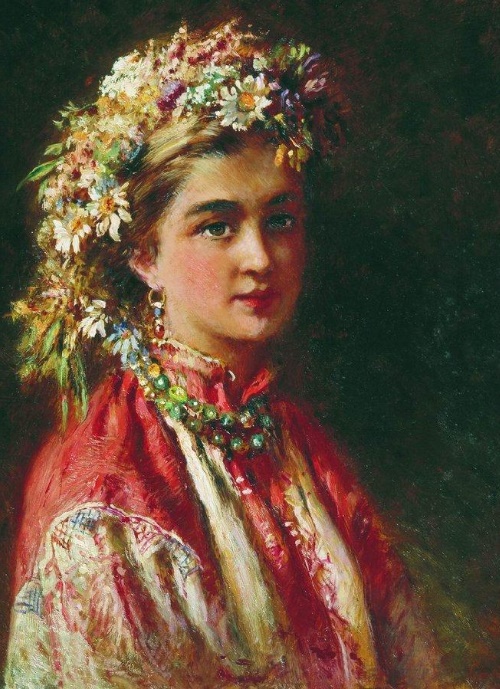 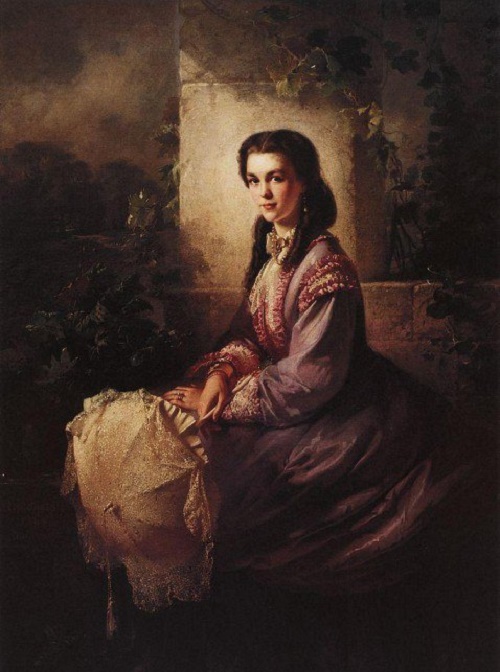 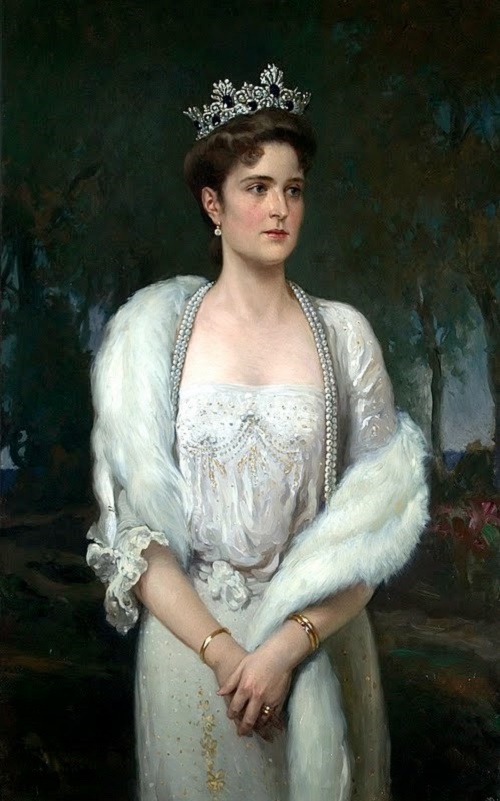 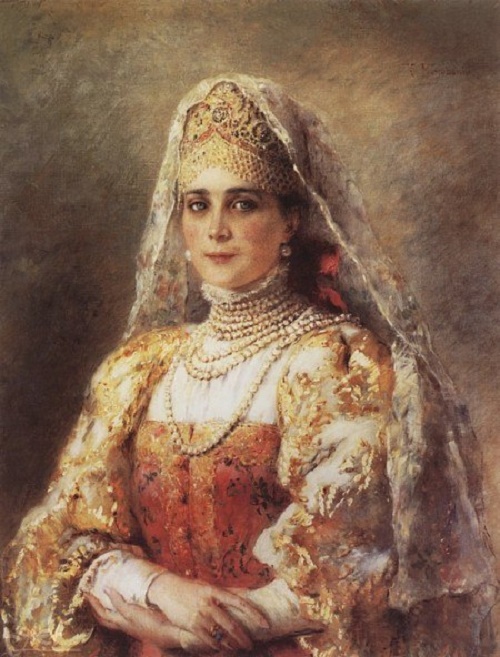 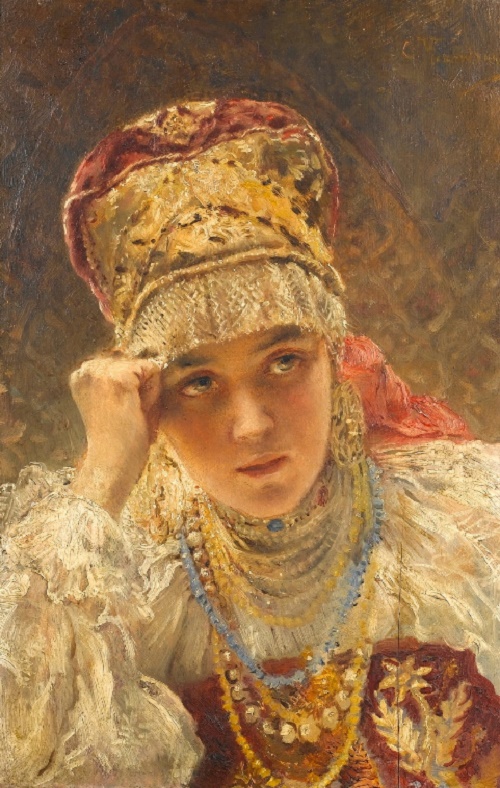 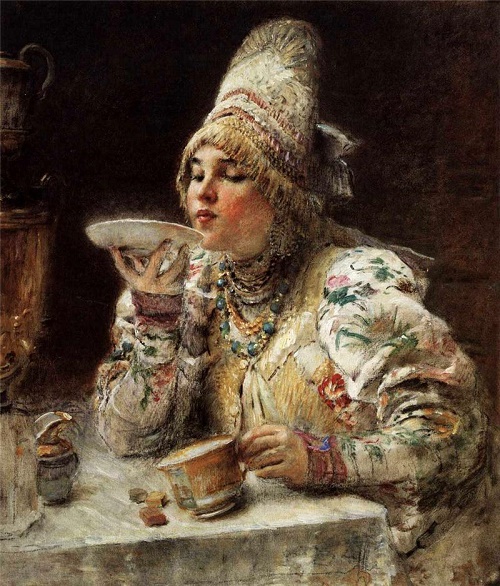 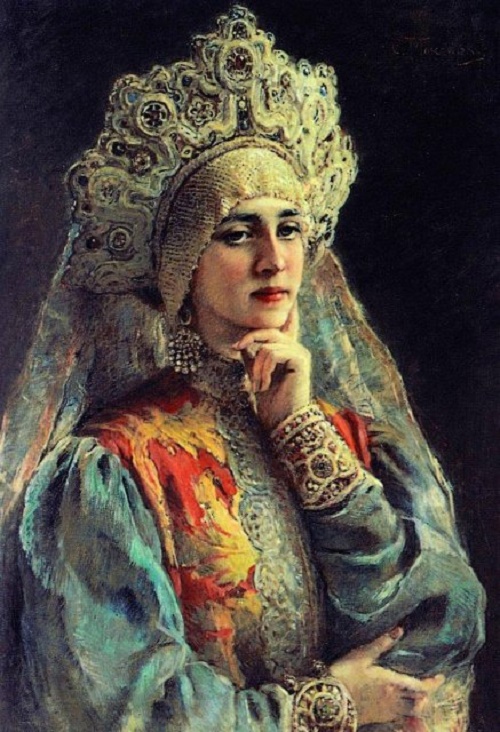