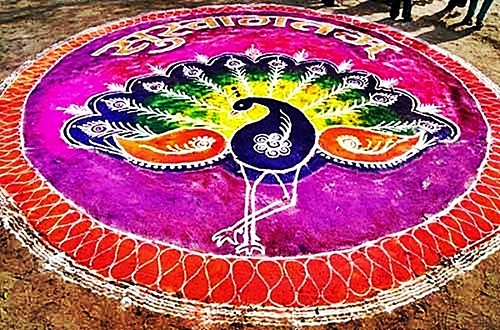 Traditional decorative Designs Rangoli
Originated from India, Rangoli meant as sacred welcoming areas for the Hindu deities. The ancient symbols have been passed on through the ages, from each generation to the next. Thus, people kept both the art form and the tradition alive. And traditionally, creating their patterns craftsmen used various materials. In particular, colored rice, dry flour, (colored) sand, salt, glitter, coffee power, flower petals and even fruits! According to belief, Rangoli design can bring good luck. Besides, traditionally done by women. Meanwhile, over the years modern additions have been adapted. Generally, this practice takes place during important events and occasions. For example, festivals, auspicious observances, celebrations of marriages and other similar milestones and gatherings. 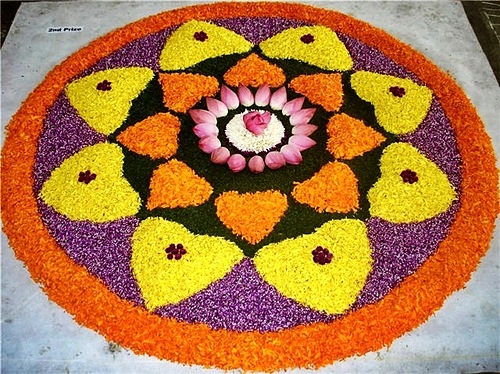 Widespread in any province folk art, Rangoli design in its elements varies in different areas. Meanwhile, the common and most important element is Utswdhermita. For this, craftsmen select auspicious symbols.
Traditionally, each new generation learns the art and thus a family keeps the tradition intact. Some major symbols used in Rangoli are the lotus flower, its leaves, mango, Tue vase, fish, different kind of birds like parrots, swans, peacocks, and human figures and foliage. Oftentimes Rangooli are made on special occasions like Diwali. Some special patterns for Diwali Rangoli are the Deep, Ganesha or Lakshmi. (from Wikipedia) 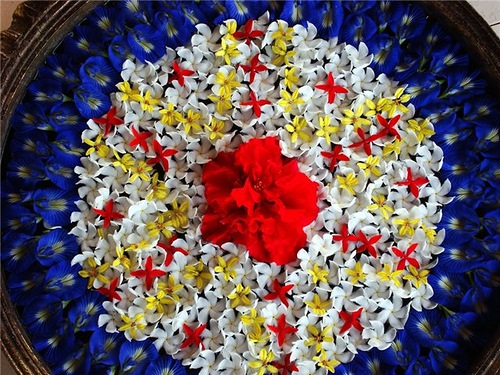 Rangoli made from flower petals 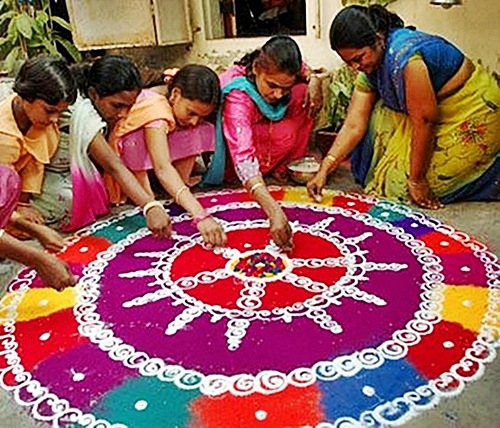 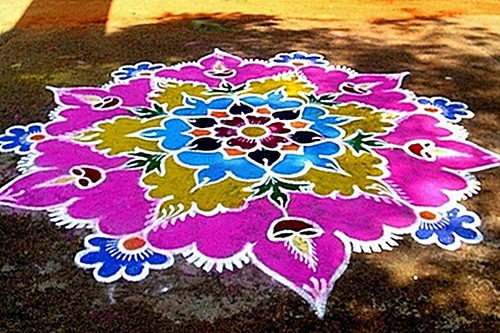 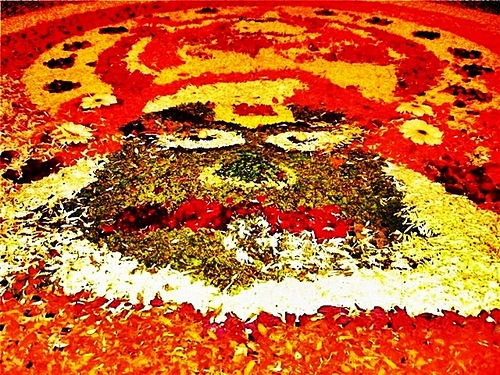 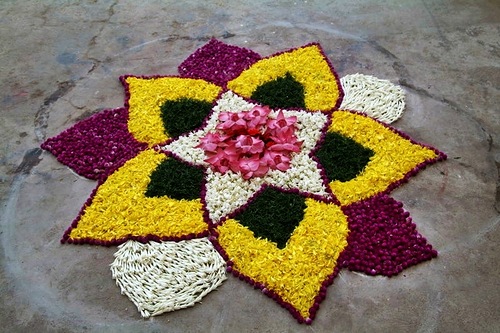 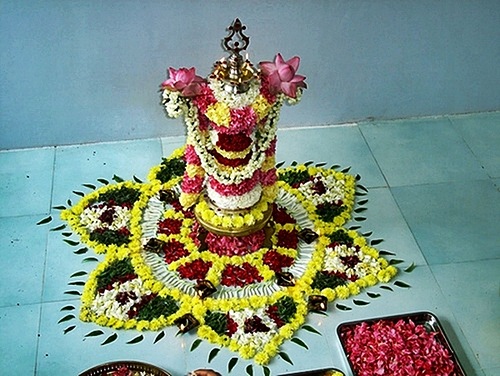 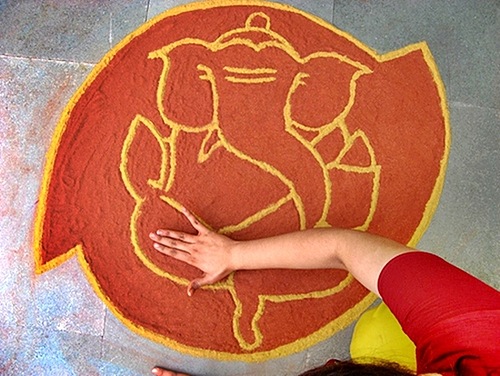 The image of Ganesha in Rangoli 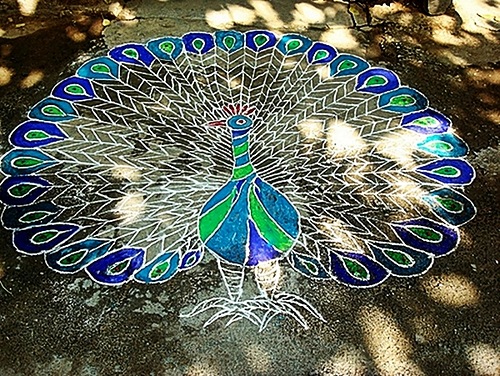 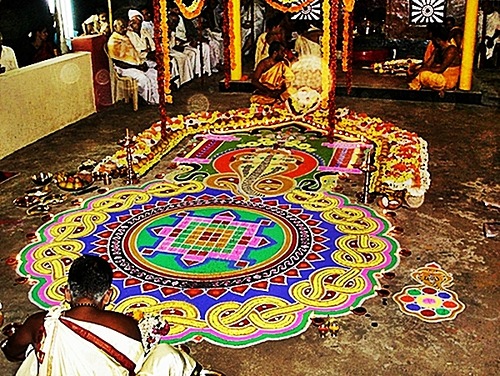 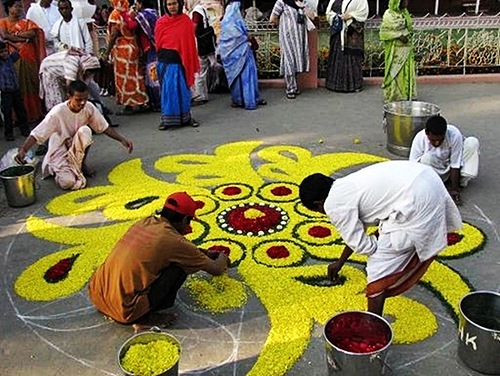 A crowd of people watching the process of creating Rangoli 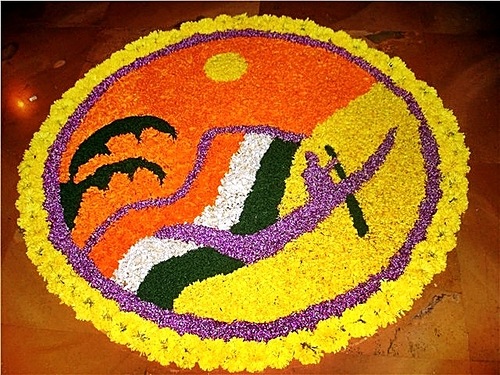 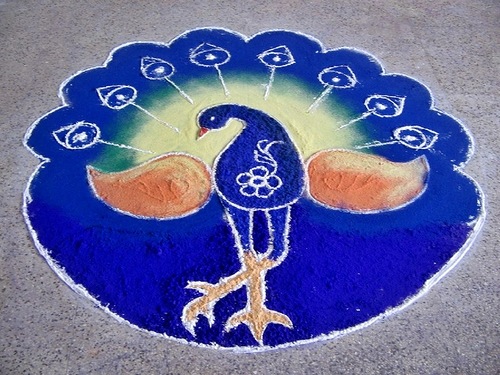 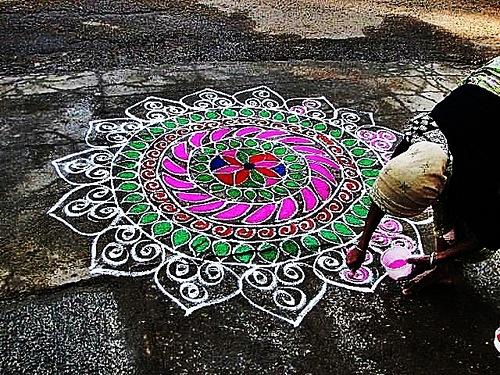