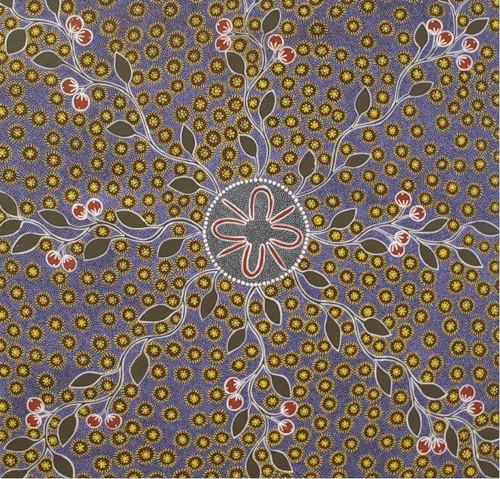 Dot painting by Margaret Davis Kemarre
Born in 1938, in Alice Springs, Australia, Margaret Davis Kemarre is the author of this complex and time-consuming Aboriginal art, which is becoming increasingly difficult to acquire. Meanwhile, she continued to work on her paintings since 1980. Her style of painting is very precise, featuring small, even dots in warm earthy colors. Women’s Food Gathering is the main content of her work, with the all important bush foods illustrated, always with a high degree of detail. 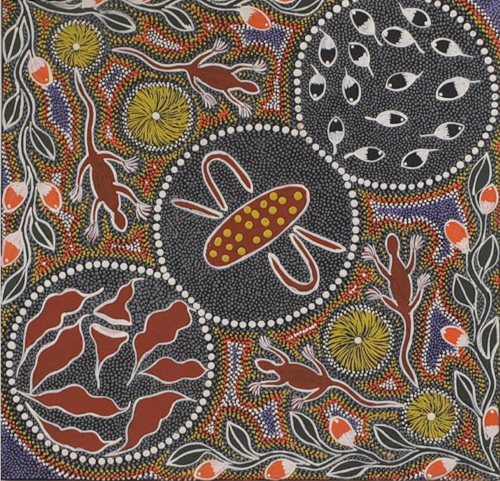 In fact, Dot painting consists of various paint colors like yellow (the sun), brown (the soil), red (desert sand) and white (the clouds and the sky). These are traditional Aboriginal colors. In addition, anything can be canvases for dot pictures – rocks, caves etc. Mostly Indigenous Australians painted nature like animals or lakes, and of course, the dream-time. They used to paint stories and legends on caves and rocks to represent their religion. 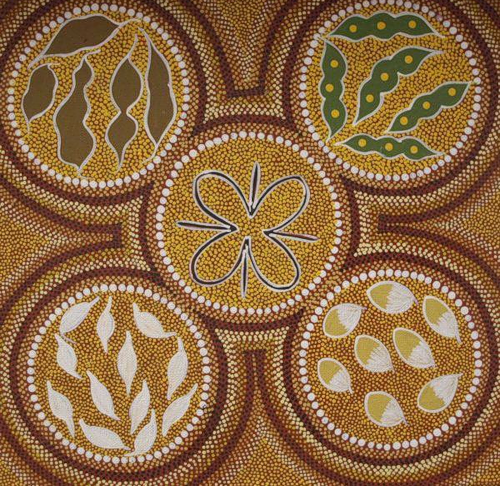 Aboriginal art, the visual and literary culture of the Aboriginal people of Australia transmits knowledge of the Dreaming— an eternal time when spirit ancestors created all living things, geographical features of the landscape, and the rationale for all life. A large variety of art-forms are, or were, in use by the Aborigines. The most important among these include cave and rock paintings and rock engravings. Today the indigenous art of Australia is limited to a very few areas, but traditionally Aborigines painted on the human body, on rock-surfaces, on the earth, on man-made objects, and on bark. Engraving was done on stone or wood, on shells or artifacts and even, in New South Wales, on trees. More unusual were the large figures which used to be made out of soil and branches on ritual occasions (South Australia), and the use of feathers and human blood as decorative materials. 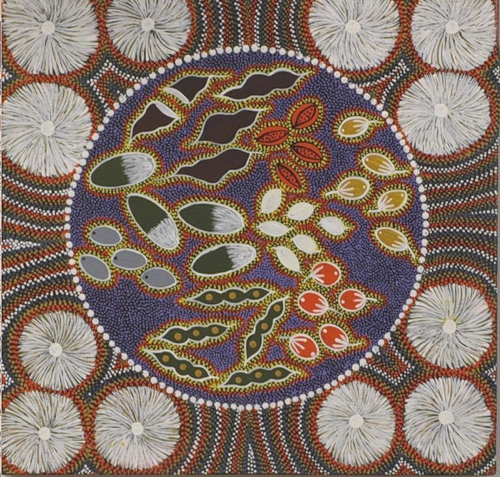 The Aborigines decorated many objects used in everyday life, such as paddles, spear-throwers, boomerangs, baskets, shields, and message-sticks. From 1970 onwards Aboriginal artists have adapted their ancient designs to introduced media of acrylic on canvas, print-making, batik, and pottery. Aboriginal poetry takes the form of song or chant, rather than spoken verse. Myths are told in sacred song-cycles and dramatic epics, dense with esoteric symbolism. Apart from magical and ritual songs, there is a rich tradition of stories transmitted orally. 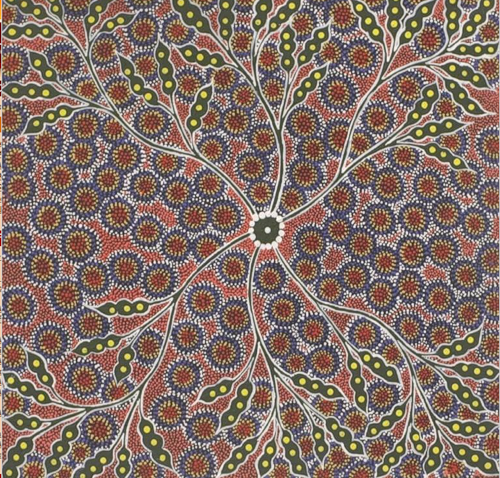 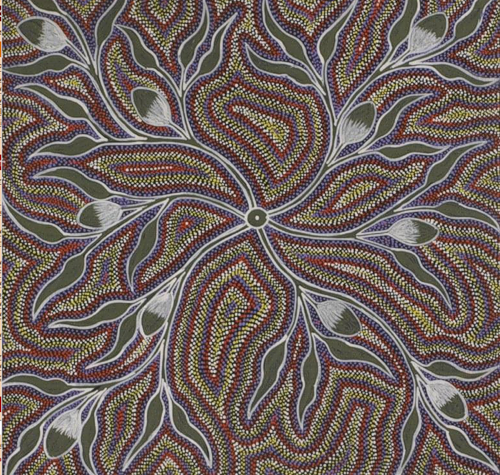 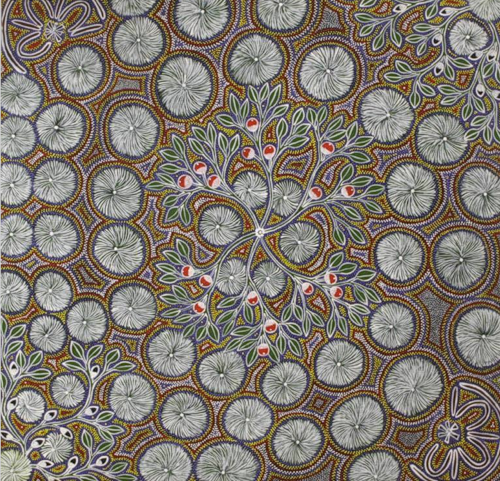 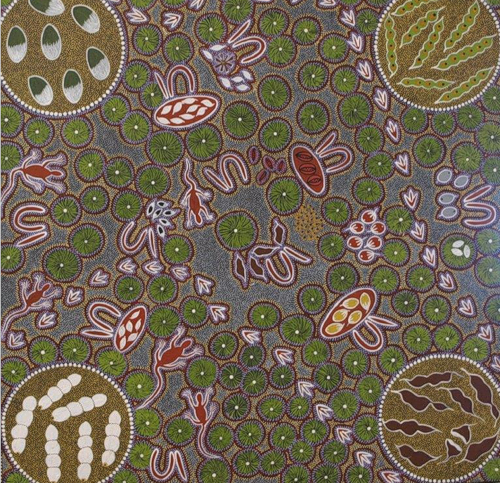 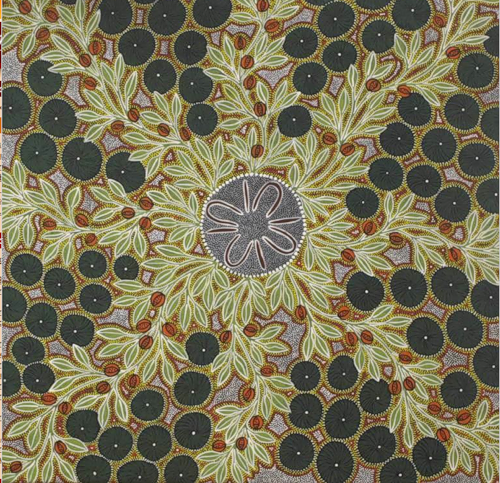 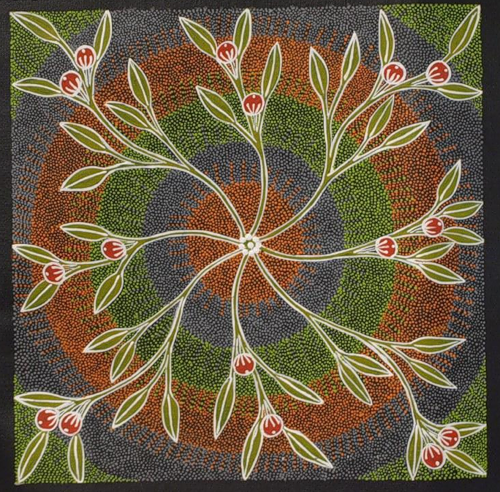 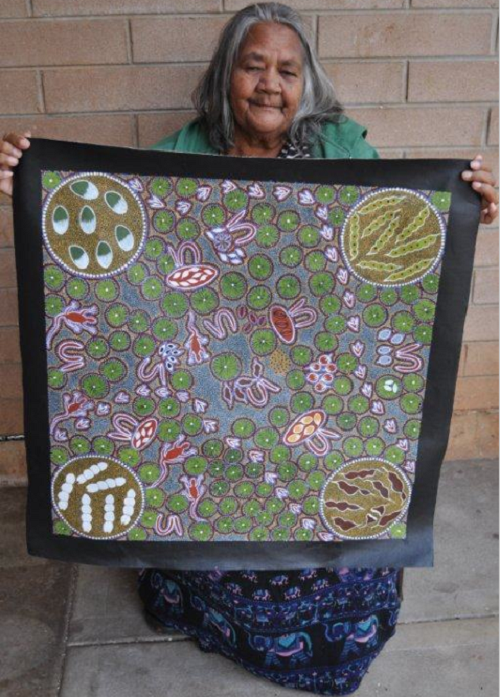