Dmitry Pavlenko – Know me for my abilities 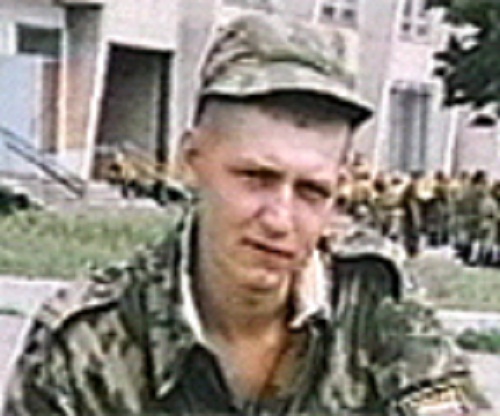 The photo of Dmitry Pavlenko. Know me for my abilities

Know me for my abilities
Unfortunately, Dmitry Pavlenko got into a difficult situation in March 1999. He served in the military. At the demonstration exercises grenade tore off Dima’s both arms and legs. In minutes, Dima lost three liters of blood. After the incident, the military prosecutor’s office investigated the accident. However, the investigators soon closed the case, concluding that it was his own fault. In addition to all troubles, the authorities gave Dmitry’s parents a certificate that Dmitry Pavlenko – discharged from the Army on time and without any injuries! Meanwhile, Dima spent 9 months in the hospital. All this time no one visited him, neither the military nor friends. 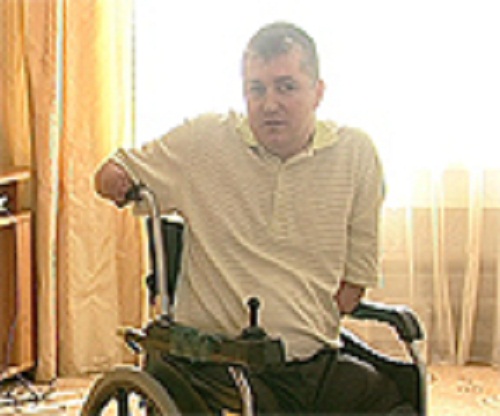 In the wheelchair – Dmitry Pavlenko

Journalists have learned about Dmitry and wrote an article about the soldier in the local newspaper. Remittances, and most importantly, letters of support came to Dima from all over Russia. Merchants bought artificial limbs, Social Services gave him a special car. The military still does not like to admit their guilt and refuse to pay any compensation.

Fortunately, today, all the dreams and plans of Dmitry Pavlenko have come true. In particular, the young man has his own house. He graduated from the Moscow Institute of Economics and Law, and got a diploma on “Psychological rehabilitation of disabled persons in wheelchairs.” Besides, he bought a car, and even traveled to Yekaterinburg, and Moscow several times. In addition, he went on holidays to Sochi, south of Russia, Turkey, and in 2009 was in New York City.

But his main joy – his wife Olga and daughter Stanislava,5. His daughter loves him deeply and is proud of her brave dad.

Now his hobby – to create amazing embroidered icons, with a needle, jammed in his mouth. “One day at church I went to the icon of St. Nicholas, and realized that I wanted to embroider it. Now I embroider for three hours a day “, – says Dmitry. According to the craftsman, mouth embroidery – hard work, which takes patience, time and effort ten times more than usual. To make a single cross, Pavlenko has ещ bend four times, holding the needle in the mouth. The fastest image Dmitry has created – Virgin Mary, took him three months.

Dmitry Pavlenko – Know me for my abilities 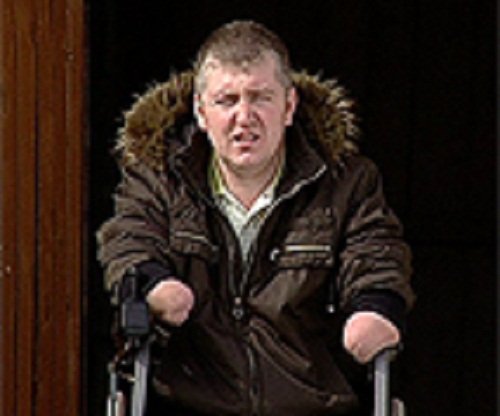 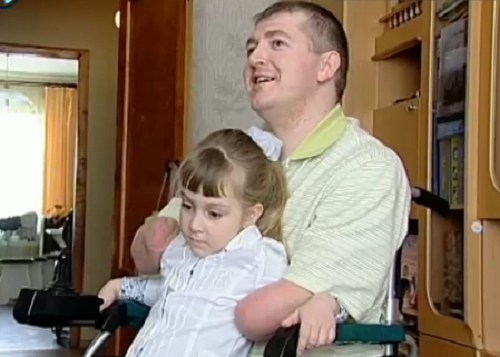 With his daughter, Dmitry Pavlenko 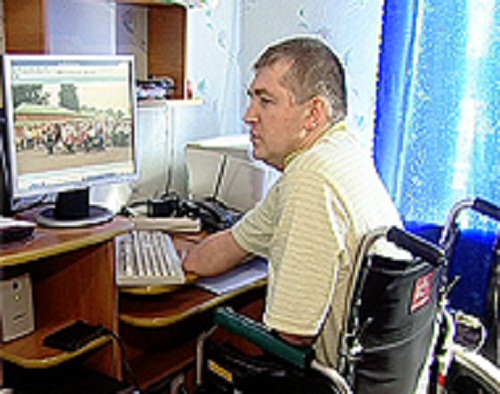 Working on a computer. Dmitry Pavlenko 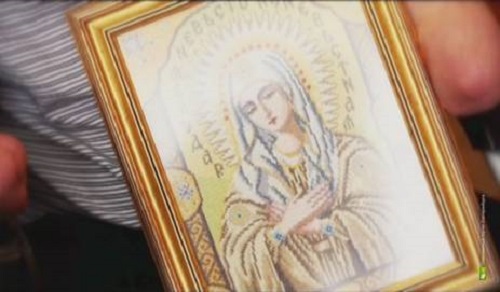