His elegant thin girls, similar to the famous beauties of the past, Erte’s friends are a visible embodiment of grace and sensuality. Sculptures by Romain de Tirtoff, Russian artist and designer Erte

Elegant sculptures by Romain de Tirtoff (Erte)
Born on 23 November 1892 in St. Petersburg, Romain de Tirtoff was from a distinguished family with roots tracing back to 1548. He was a diversely-talented 20th century artist and designer who flourished in an array of fields, including fashion, jewellery, and graphic arts. Besides, he worked in costume and set design for film, theatre, and opera, and interior decor. His work decorates the collections of several well-known museums, including the Victoria and Albert Museum and the Metropolitan Museum of Art. Also, a sizable collection of work by Erte can be found at Museum 1999 in Tokyo. 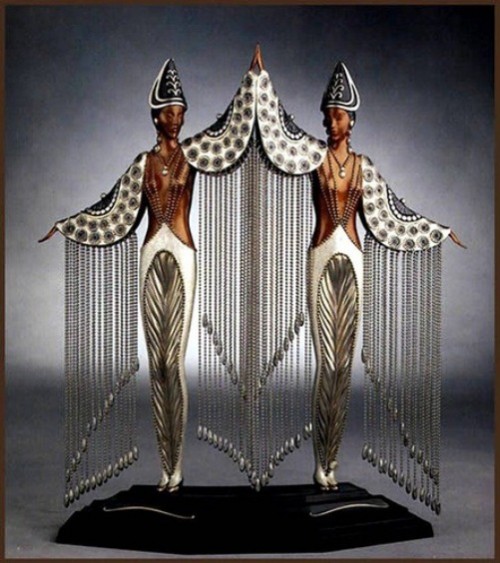 “I feel excited every time I see and touch bronze from my collection of sculptures, because through it I can see how my drawings, my ideas, my thoughts, my dreams come to life, something that never happened before”. Erte. Elegant sculptures by Romain de Tirtoff

Erte lived a long, incredibly beautiful and very saturated life, having survived success, oblivion and a new rise, having enjoyed both the admiration of the public and the recognition of captious criticism. He left Russia when he was not yet twenty, but it was Russian beauty, the Russian soul he invested in his works …

In the 1960s he became interested in a new genre – sculpture. At first Erte created abstract works of metal. The first series called “Picturesque forms”, included “Freedom”, “Inner Life”, “Shadows and Light” and other works. Made of a variety of metals, with the addition of wood, enamel and glass, painted with oil paints, these sculptures were beautiful. According to Erte, not purely abstract, they expressed emotions, thoughts, and states. 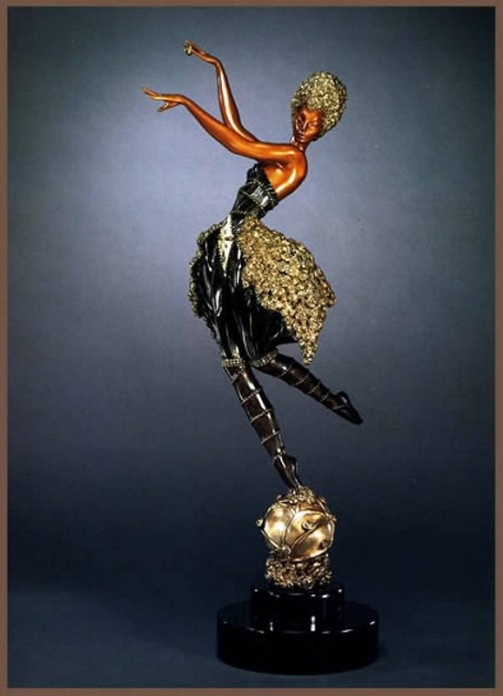 Then he went on to make bronze figurines in the old technique of “lost wax” – first molded from wax, then coated with clay. The wax was heated, and bronze was cast into its place. Erte embodied in the metal his sketches of costumes, as well as early graphic works.

Seeking the accuracy of reproduction in the metal texture of fabrics, Erte has experimented a lot with technology and materials. In the same techniques he created and a series of jewelry – for example, the famous necklace “Fox”, made in the form of fox heads made of gold and precious stones. 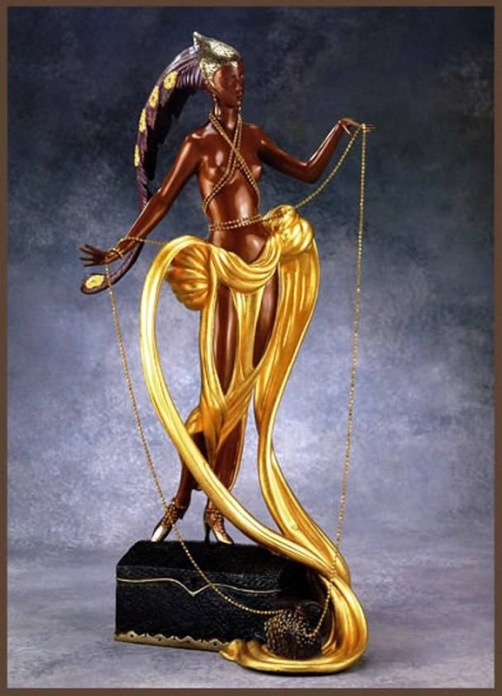 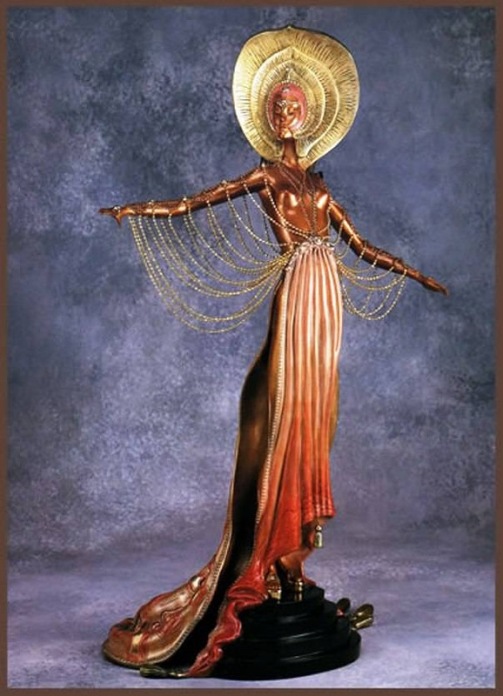 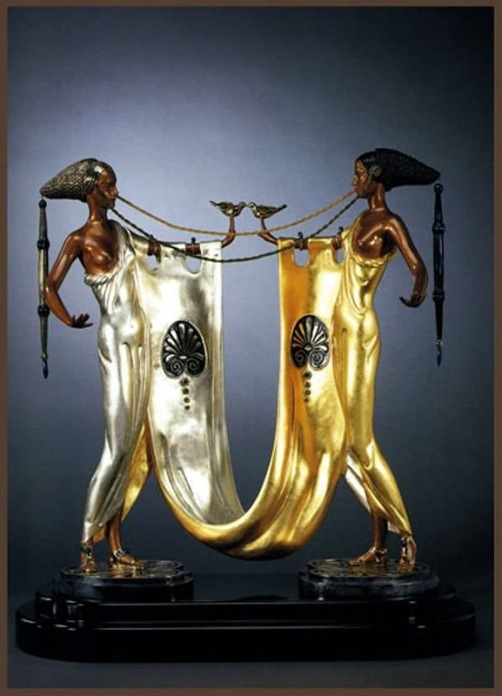 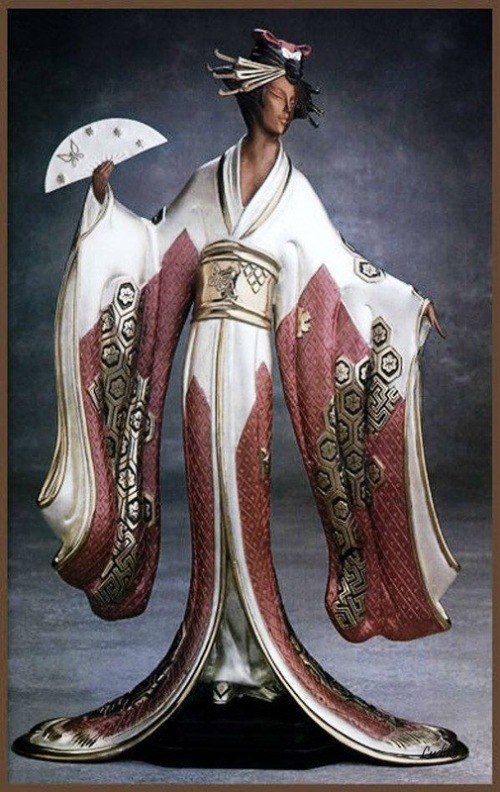 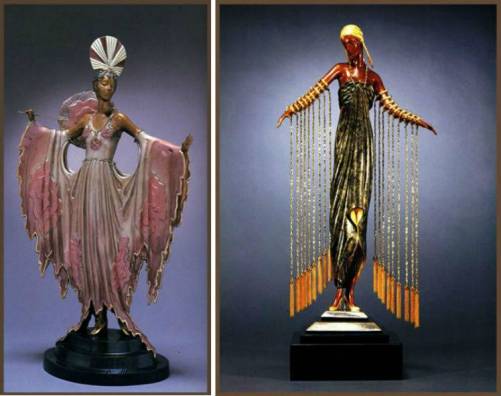 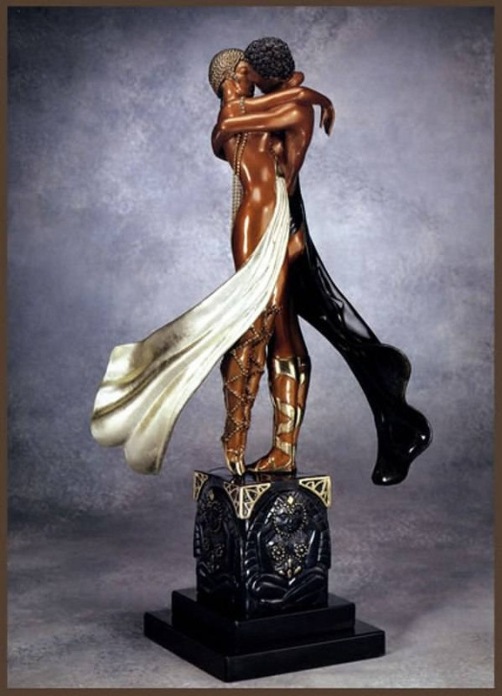 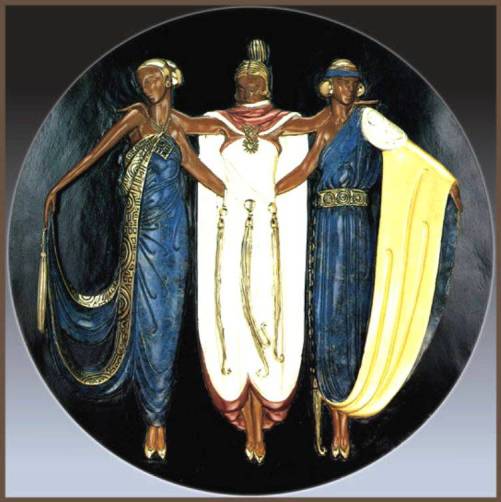 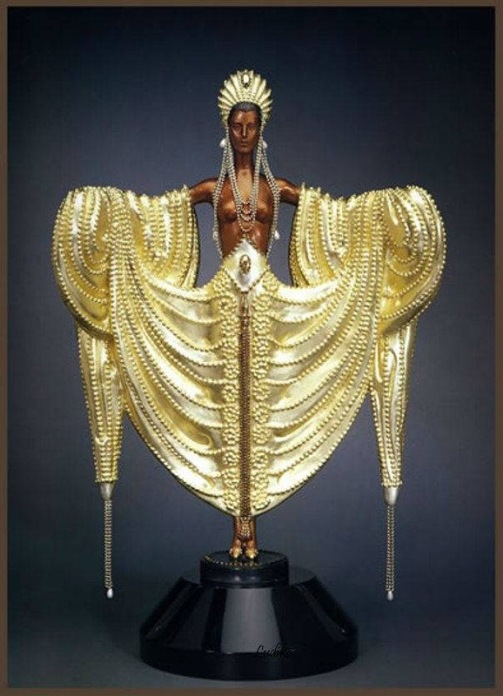 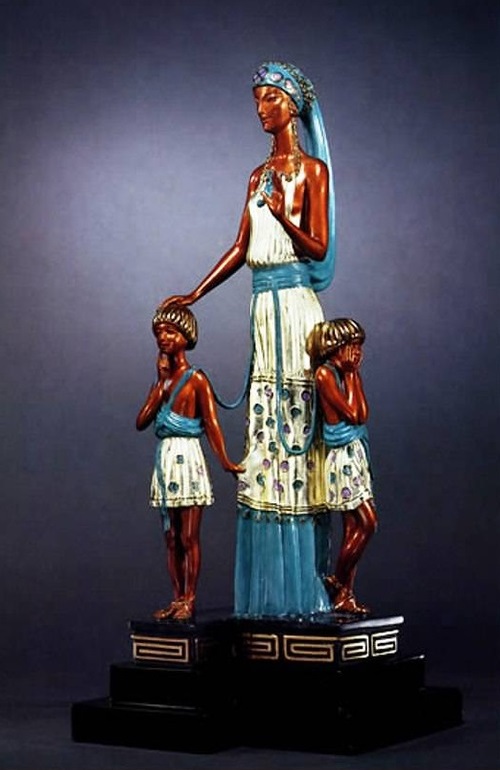 A woman and two children 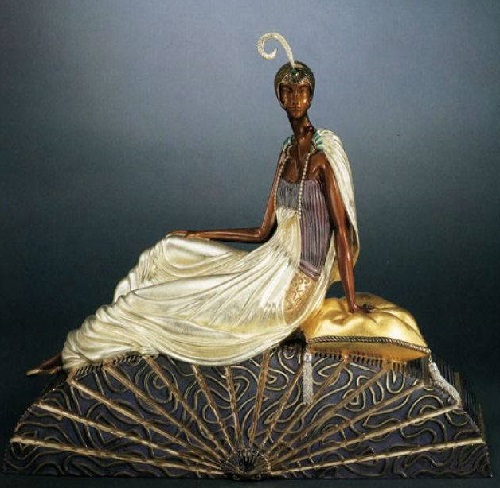 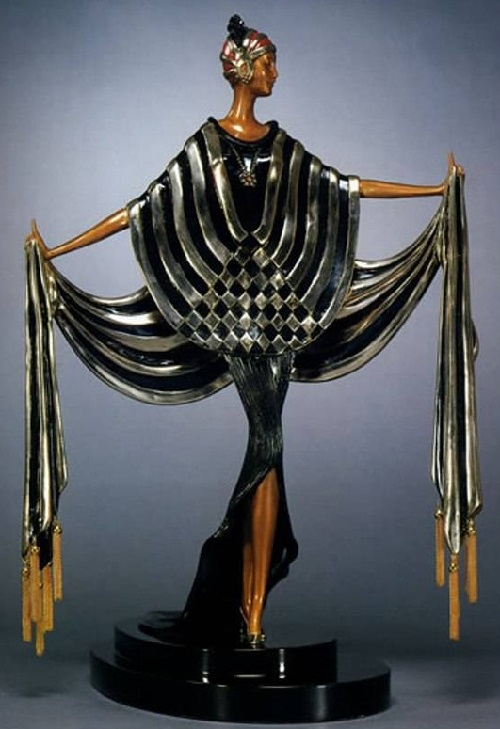 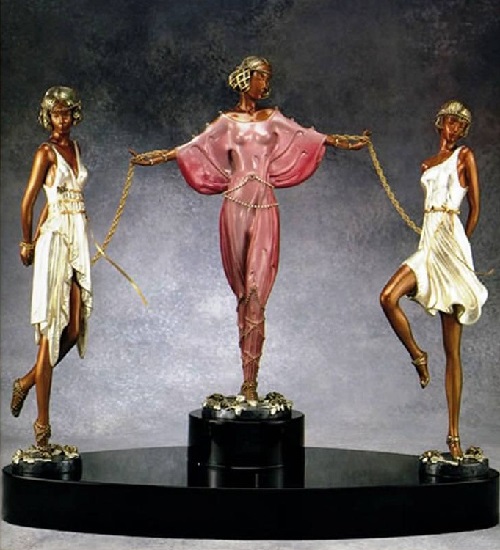 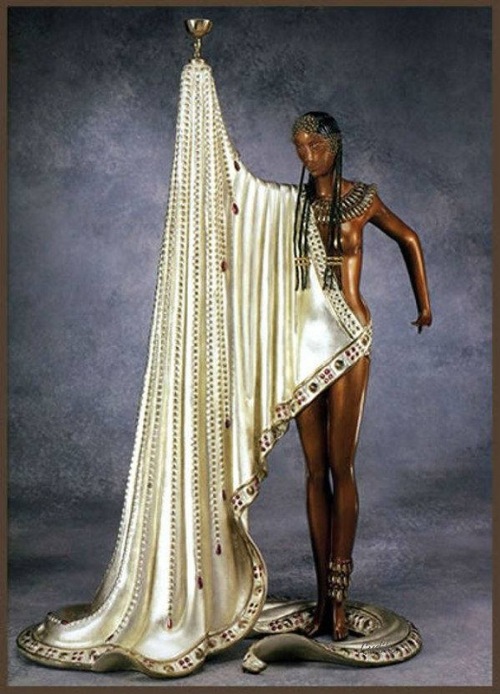 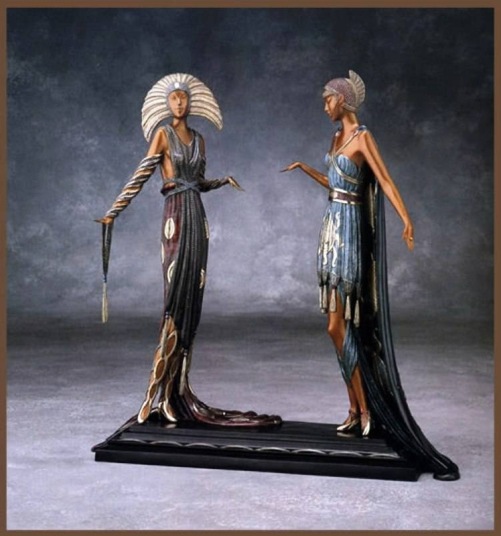 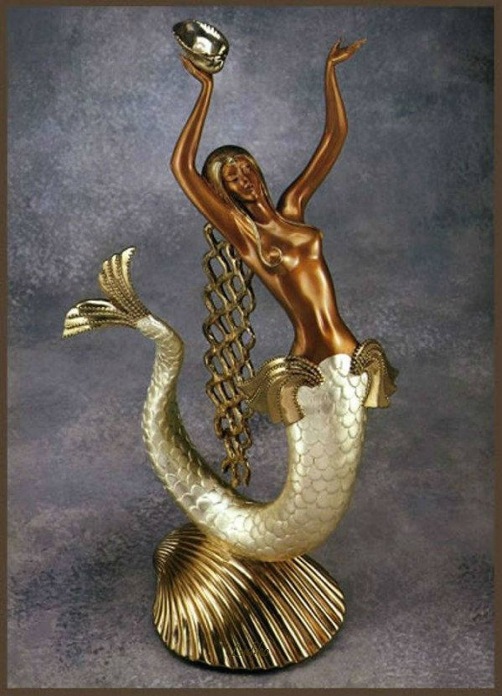