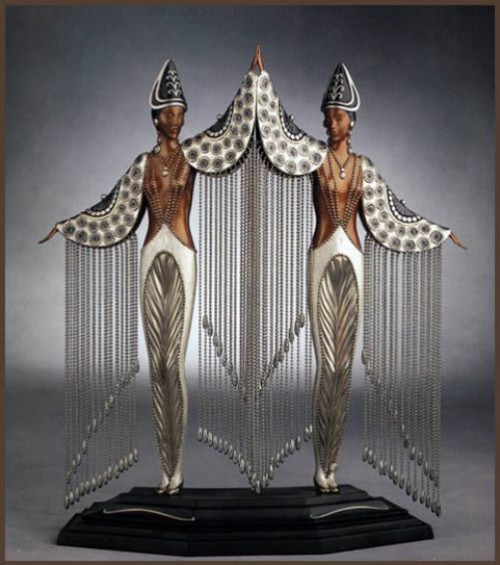 Asian Princess by Erte
Full of the joy of life, Art Deco Princesses by Erte – thin silhouettes, luxurious fabrics, flowing plastic lines, juicy tones and amazing combinations of colors. According to his contemporaries, he himself was similar to his sculptures: very slim and graceful, always dandily dressed, like revived fashionable picture and the illustration to the poetic collection. Became known around the world under the pseudonym Erte (made ​​up of the first letters of the name and surname), he took it in order “not to disgrace the family.”
Roman Petrovich Tyrtov (1892-1990), was a Fashion designer of Russian origin. Art Deco era painter, representative of the modern, graphic design, worked in Paris and Hollywood. Born in St. Petersburg on November 23 (December 4) in the family of a naval officer, he rejected the traditional military career. So, he settled in Paris in 1912, and became a correspondent for the St. Petersburg magazine “Women of fashion.” In addition, contracted with the American magazine “Harper` s Bazaar”, “Vogue”, “Cosmopolitan”, “Women’s Home Journal”, “The Sketch” and others. Erte died in Paris on April 21 1990. 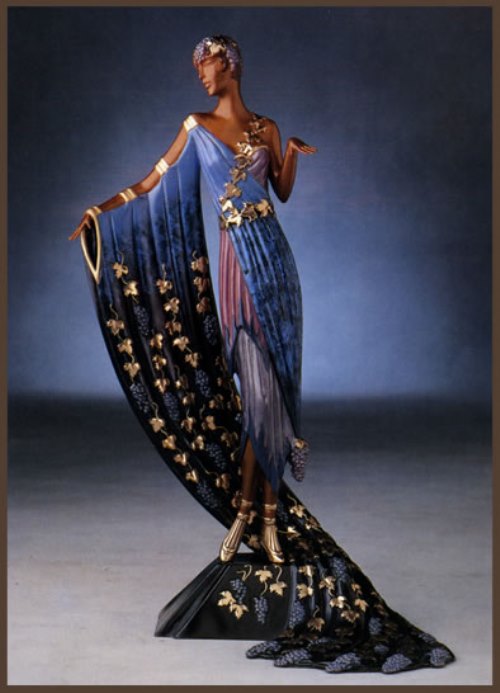 His elegant, thin girls looked like the famous beauties of the past, and in fact, his friends and girlfriends. Asian Princess by Erte

A descendant of an old noble Russian family, Roman Tyrtov went to Paris after high school. Since 1913 he has worked in the fashion house of Paul Poiret. Meanwhile, in the 1920s, has been one of the leading artists of the style “art deco.” Noteworthy, he designed costumes for Anna Pavlova, Mata Hari and Lillian Gish, and in 1925 received an invitation to Hollywood, the studio “Metro-Goldwyn-Mayer.”

Later, in 1925-1937 he performed more than a hundred covers for magazines “Harper’s Bazaar” and “Vogue”, making them the new phenomenon of art. In the 1940 – 1960 – the sculptor and graphic artist (the author of the series “Numbers” and “Alphabet”), set designer (specifically designed the ballets by Roland Petit). Tyrtov’s works were admired by George Balanchine and Andy Warhol. In the early 1970s, in the era of a new interest in the “Art Deco” reached international fame.

“Erte Style’- the finest functional, thoughtful, rhythmic and at the same time exotic and full of romantic fantasies – in the interwar period was an important formative moment of “Art Deco”, which became a strong factor in fashion and popular culture.

Meanwhile, in the 1960s he went on to make bronze figurines in the old technique of “lost wax”. The process, in particular included several stages. First, molding the sculpture from wax, then coating with clay, heating wax, and, finally cast bronze into its place. In fact, Erte embodied his sketches of costumes, as well as early graphic works in the metal. 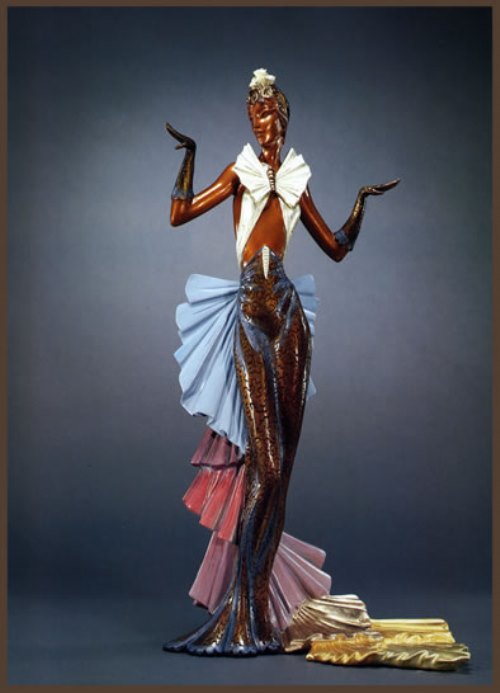 “I feel excited every time I see and touch bronze from my collection of sculptures. Because it is through it that I can see how my drawings, my ideas, my thoughts, and my dreams come to life. This never happened before,” Erte confessed. Seeking the accuracy of reproduction in the metal texture of fabrics, Erte has experimented a lot with technology and materials. 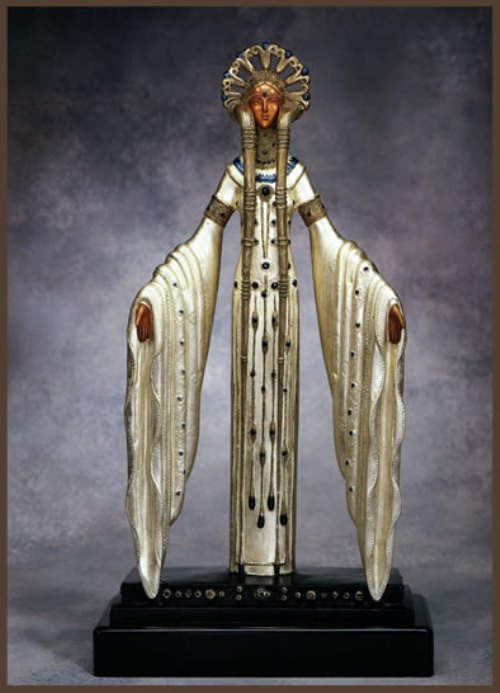 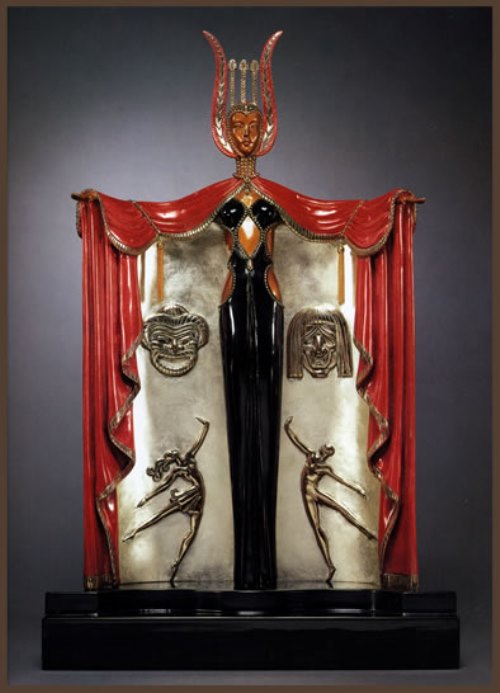 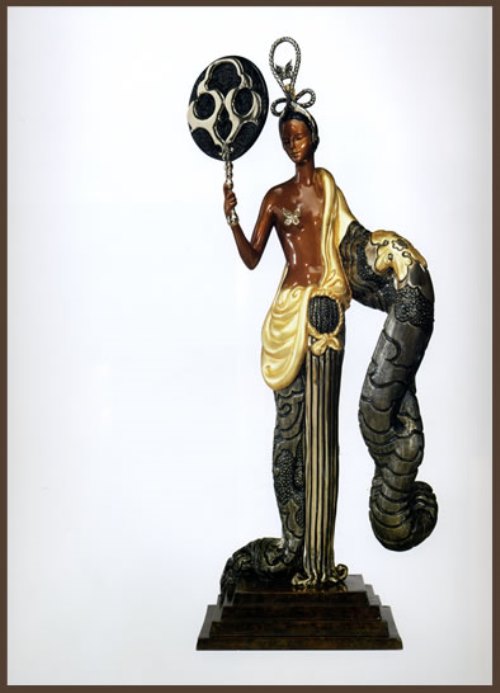 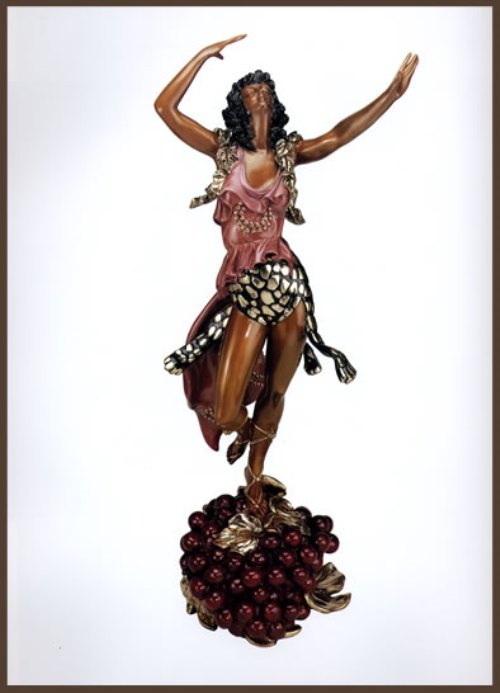 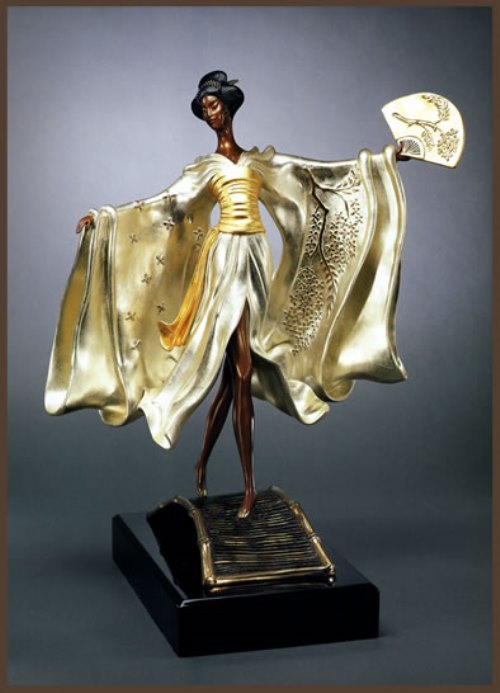 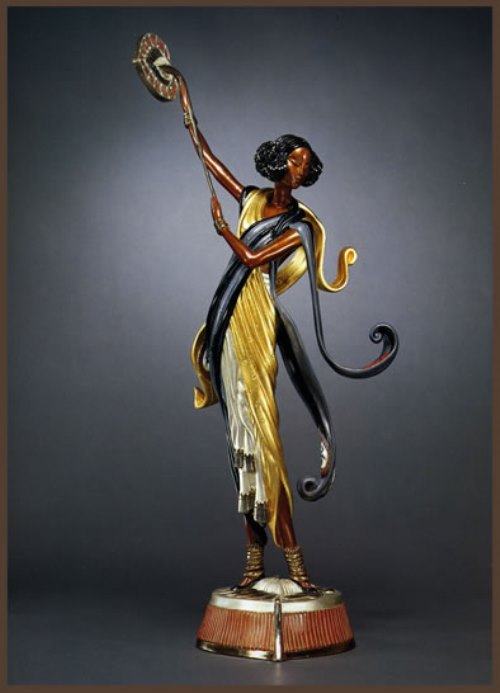 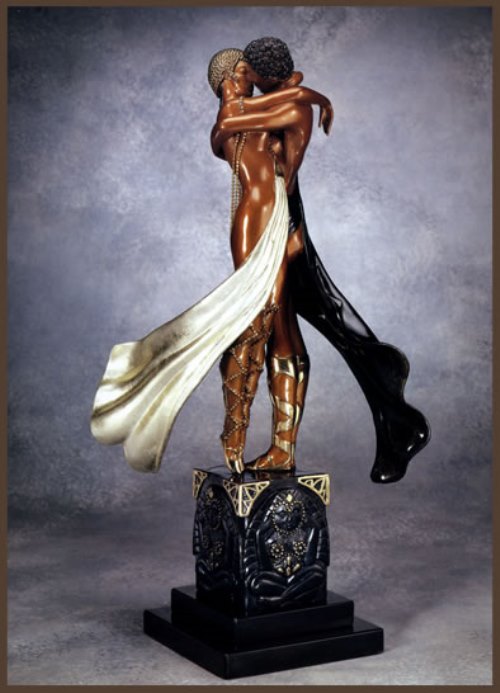 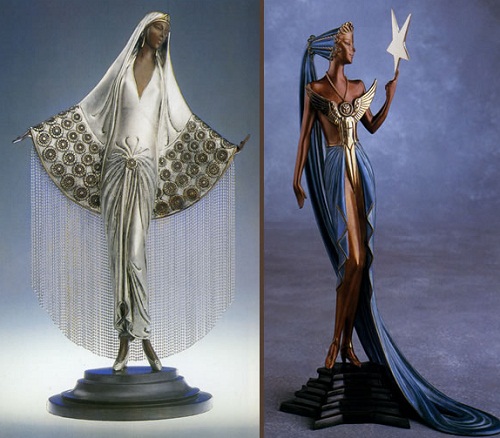 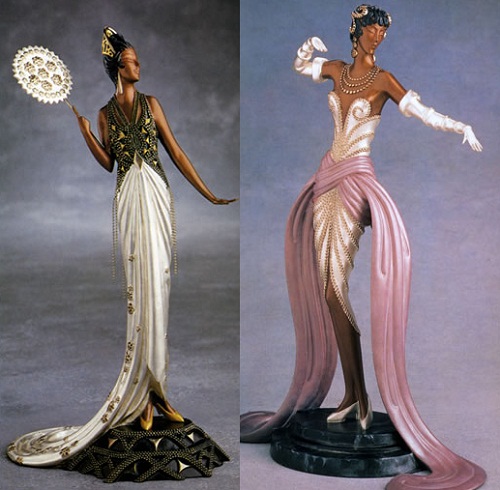 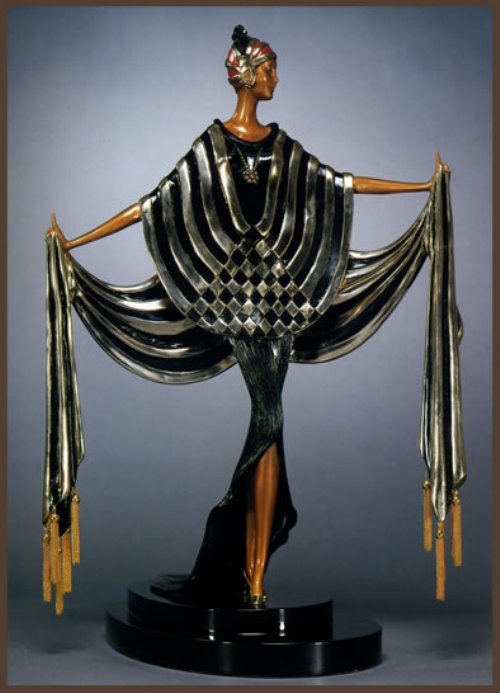 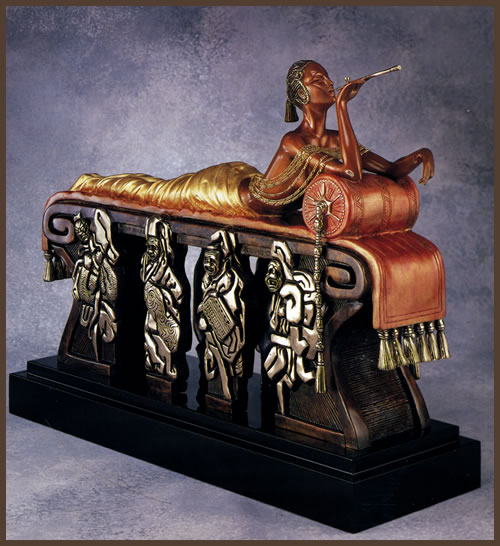 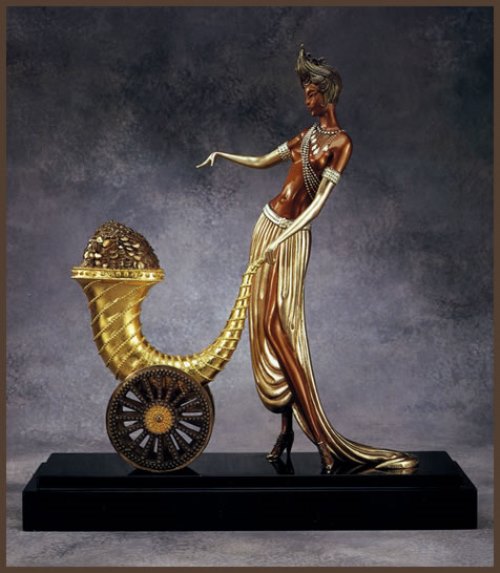 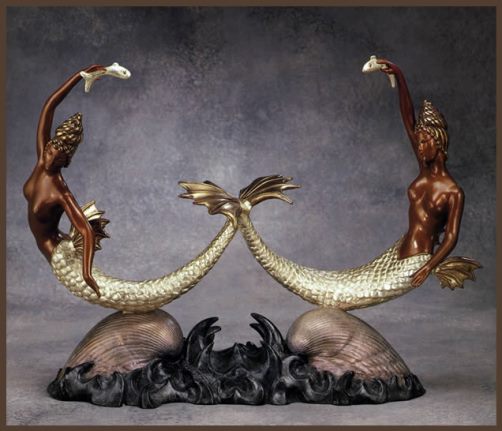 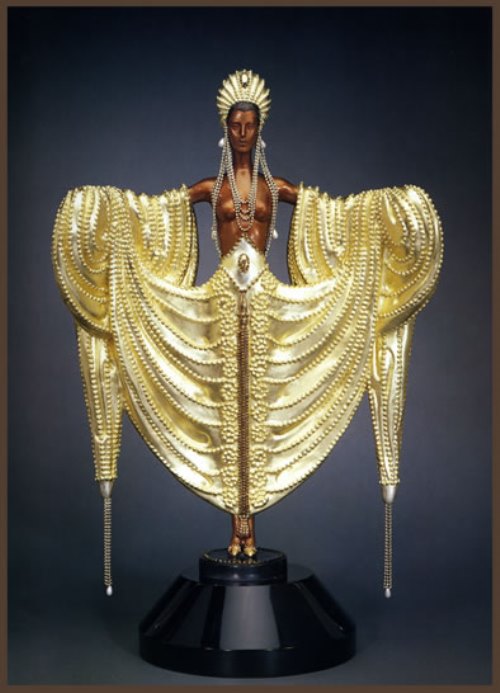 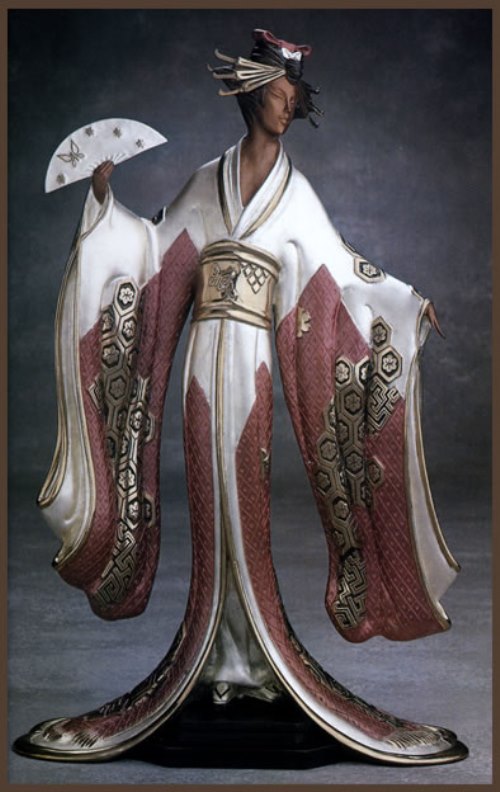