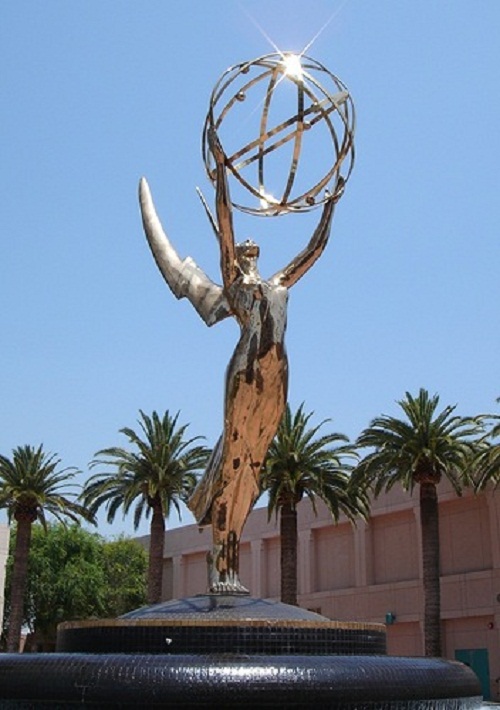 Emmy statuette and TV stars statues courtyard
In Los Angeles, a city of few statues, right in the heart of Noho there’s a veritable garden of statues, busts and wall reliefs. It’s the the courtyard of the Academy of Television Arts and Sciences. A remarkable tribute to the lasting legacy of television, these statues represent stars from the birth of TV and throughout the past decades.
Born in Mexico, on May 31, 1898, Louis McManus is the author of the symbol for the Academy of Television Arts & Sciences – Emmy statuette (1948). It was his work as a designer that inspired him to submit a design entry for the Emmy award. In fact, he used his wife, Dorothy, as a model for the figure of a winged woman holding an atom. Thus, she represents the goal of supporting and uplifting the arts and science of television. While the wings represent the muse of art, and the electron atom – science. Noteworthy, the award became the winner out of 48 submitted proposals. Interestingly, McManus himself was awarded an Emmy in the Special Award category in 1948 for his work in designing the award. However, it was not a statuette, but a plaque representing award. 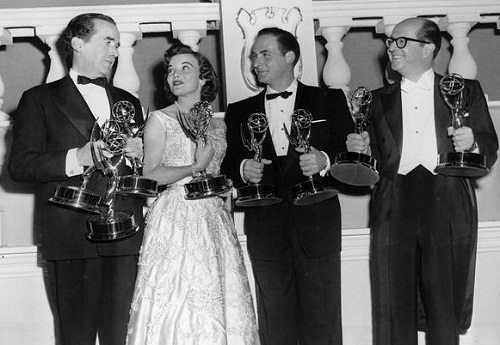 The Lucy–Desi Comedy Hour is a collection of thirteen one-hour specials airing occasionally from 1957 to 1960 (as opposed to a thirty-minute regular series), and originally served as part of Westinghouse Desilu Playhouse. It was the successor to the classic comedy, I Love Lucy, and featured the same major cast members. 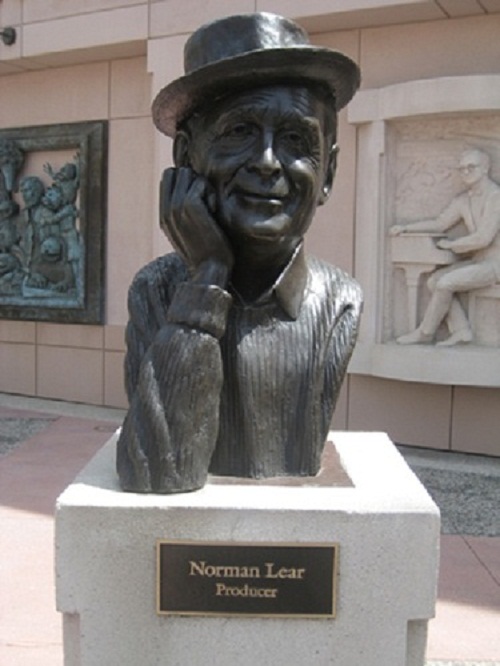 Norman Milton Lear (born July 27, 1922), American television writer and producer who produced such 1970s sitcoms. As a political activist, he founded the advocacy organization People For the American Way in 1981 and has supported First Amendment rights and progressive causes. 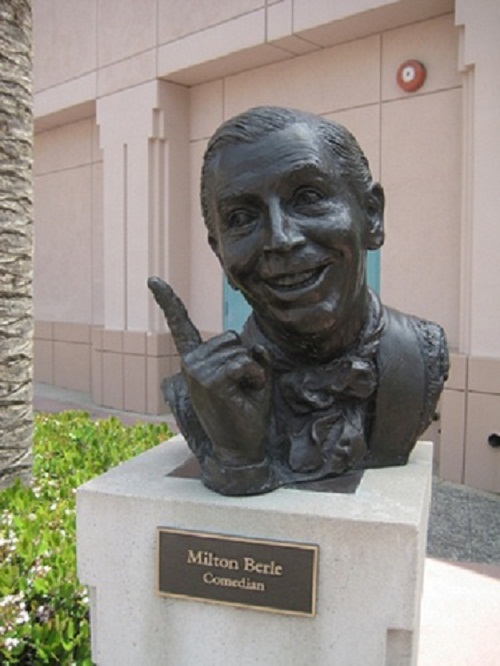 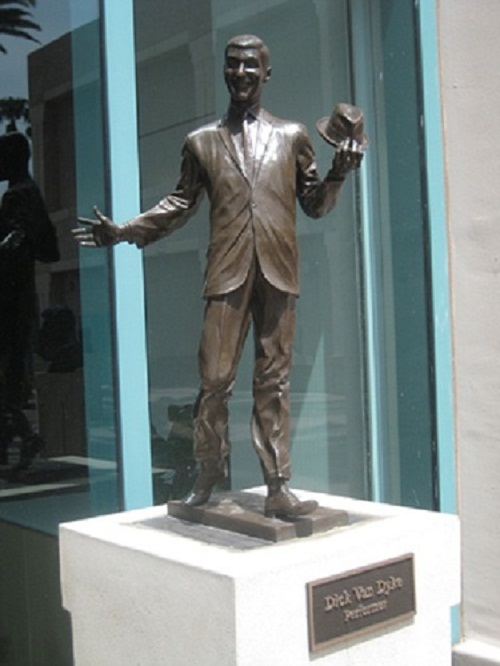 Dick Van Dyke, real name Richard Wayne was born December 13, 1925, American actor, comedian, writer, singer, dancer, and producer. He is the older brother of Jerry Van Dyke and father of Barry Van Dyke. He has a star on the Hollywood Walk of Fame at 7021 Hollywood Boulevard. Van Dyke received The Life Achievement Award at the annual Screen Actors Guild Awards ceremony on January 27, 2013.

Dinah Shore, real name Frances Rose Shore (February 29, 1916 – February 24, 1994), American singer, actress, and television personality. TV Guide magazine ranked her at #16 on their list of the top fifty television stars of all time. Stylistically, Shore was compared to two singers who followed her in the mid-to-late 1940s and early 1950s, Doris Day and Patti Page. 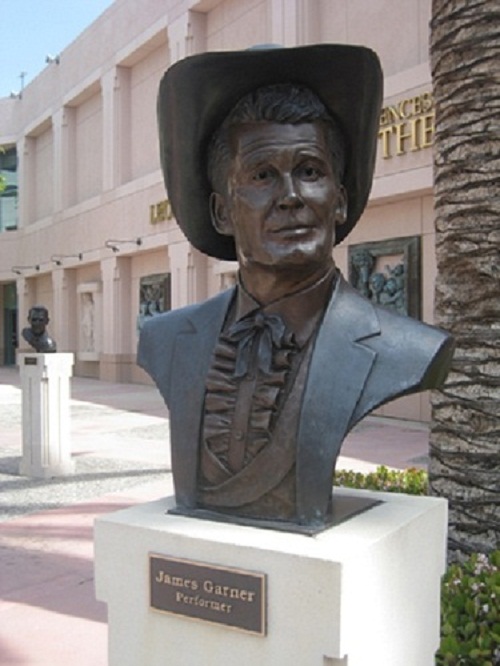 He has starred in more than fifty movies, including The Great Escape (1963), Paddy Chayefsky’s The Americanization of Emily (1964), Blake Edwards’ Victor Victoria (1982), Murphy’s Romance (1985), for which he received an Academy Award nomination, and The Notebook (2004).

He hosted numerous game and variety shows, including The Steve Allen Show, I’ve Got a Secret, The New Steve Allen Show, and was a regular panel member on CBS’ What’s My Line? Allen wrote more than 50 books, has two stars on the Hollywood Walk of Fame and a Hollywood theater named in his honor.

He was known for his brash visual and verbal comedy style, exemplified by his character Ralph Kramden in The Honeymooners. Among his notable film roles were Minnesota Fats in the 1961 drama The Hustler (starring Paul Newman) and Buford T. Justice in the Smokey and the Bandit series.

As of 2009, Spelling’s eponymous production company Spelling Television holds the record as the most prolific television writer, with 218 producer and executive producer credits. Forbes ranked him the 11th top-earning dead celebrity in 2009.

Recognized as a leading American entertainer of the 20th century. Benny was known for comic timing, and ability to create laughter with a pregnant pauses or single expression, such as his signature exasperated “Well!” His radio and television programs, popular from the 1930s to the 1960s, were a major influence on the sitcom genre.

The 1962 Emmy for outstanding electronic camera work and the Directors’ Guild award, inducted into the Academy of Television Arts & Sciences Hall of Fame, has a star on the Hollywood Walk of Fame for his work in television. 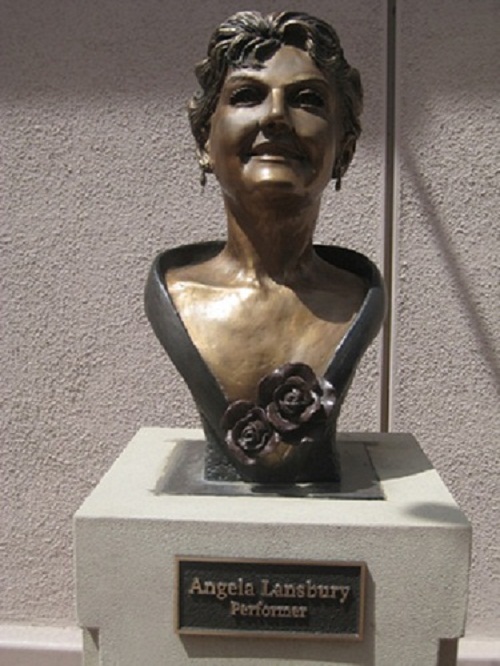 Her seventy-year career allowed her to receive five Tony Awards, six Golden Globes and to be nominated for numerous other industry awards, including the Academy Award for Best Supporting Actress on three occasions, and various Primetime Emmy Awards on eighteen occasions.

American broadcast journalist, best known as anchorman for the CBS Evening News for 19 years (1962–1981). During the heyday of CBS News in the 1960s and 1970s, he was often cited as “the most trusted man in America” after being so named in an opinion poll. 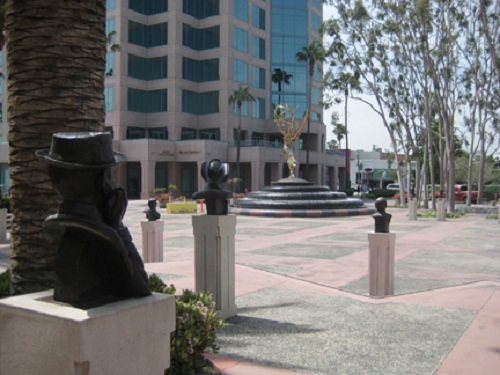 Courtyard of the Academy of Television Arts and Sciences 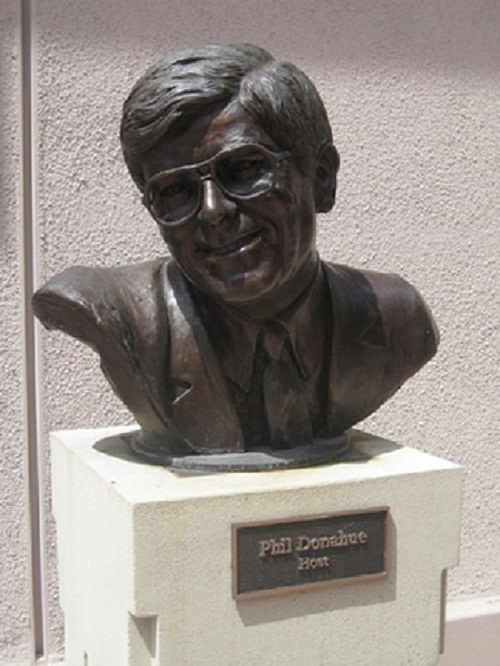 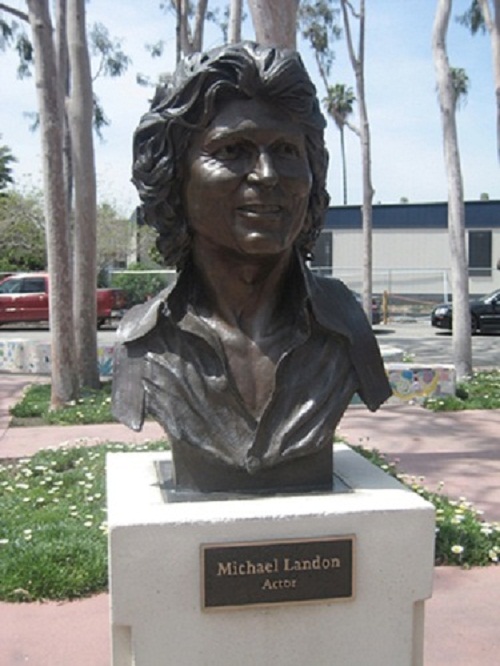 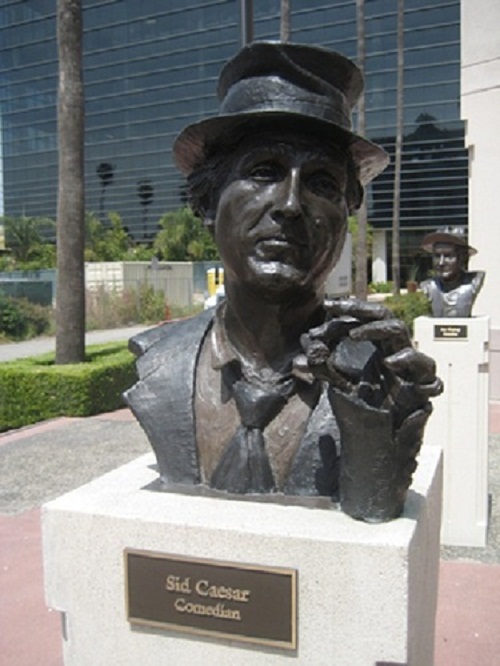 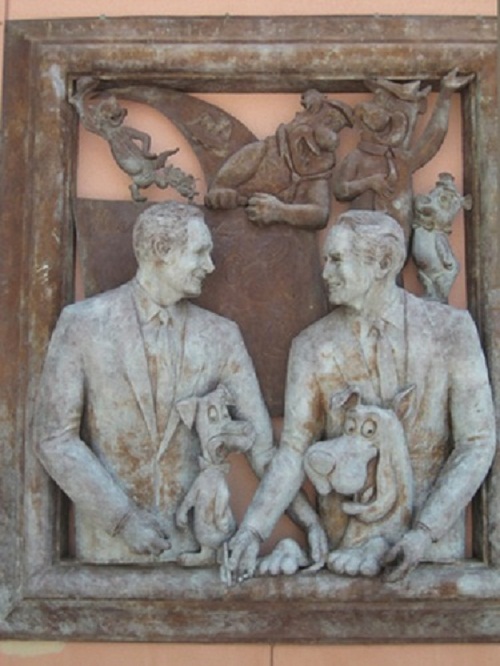 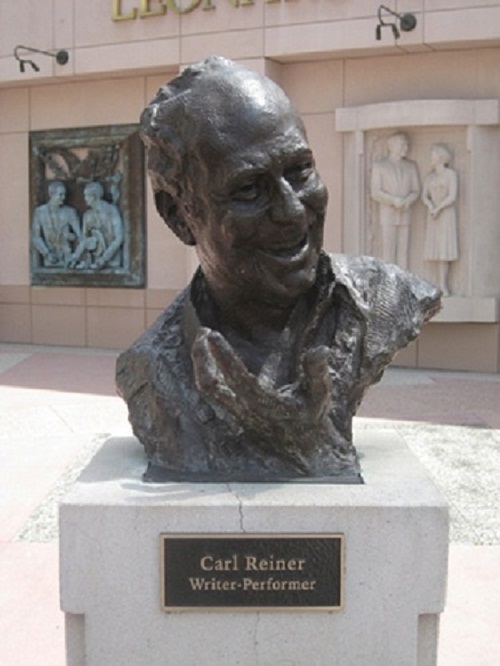 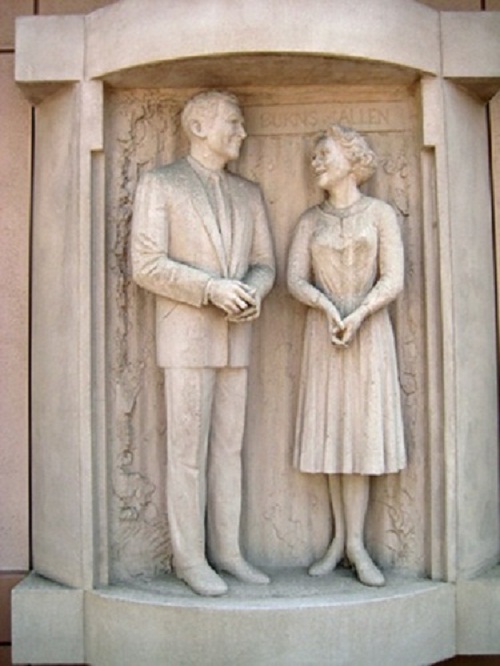 Burns and Allen, American comedy duo consisting of George Burns and his wife, Gracie Allen. Worked together as a comedy team in vaudeville, films, radio and television 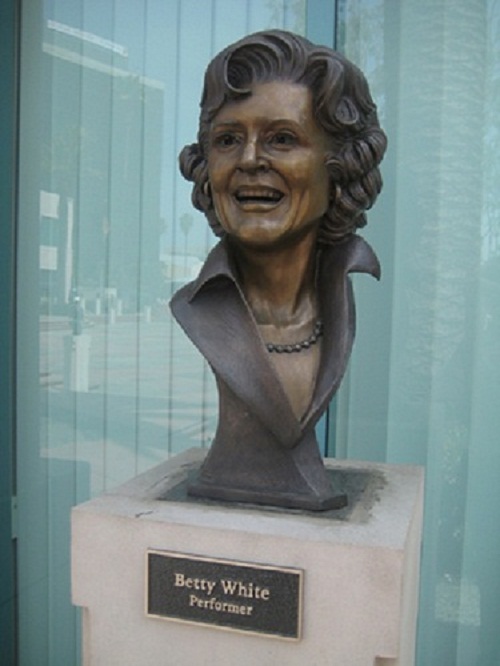 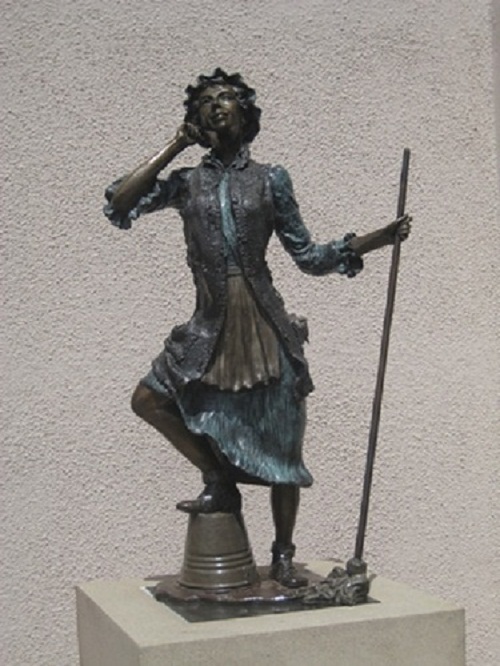 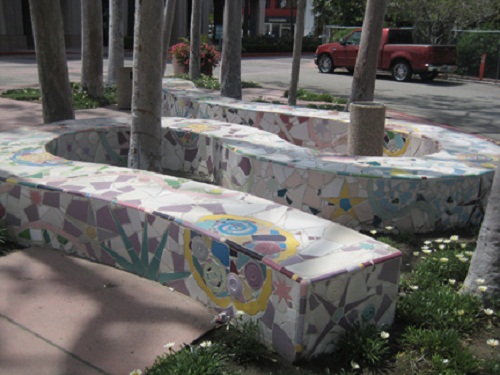 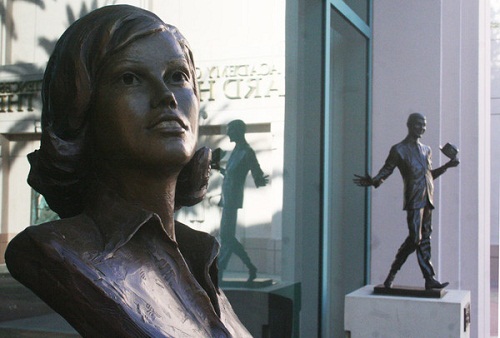 Statuette and the courtyard of TV stars statues 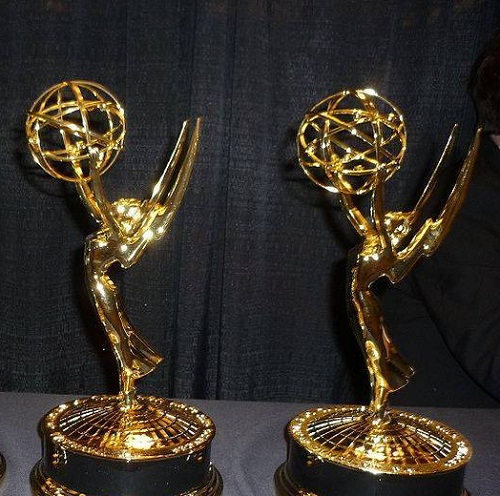 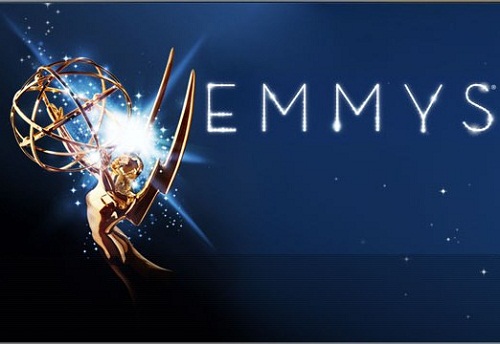