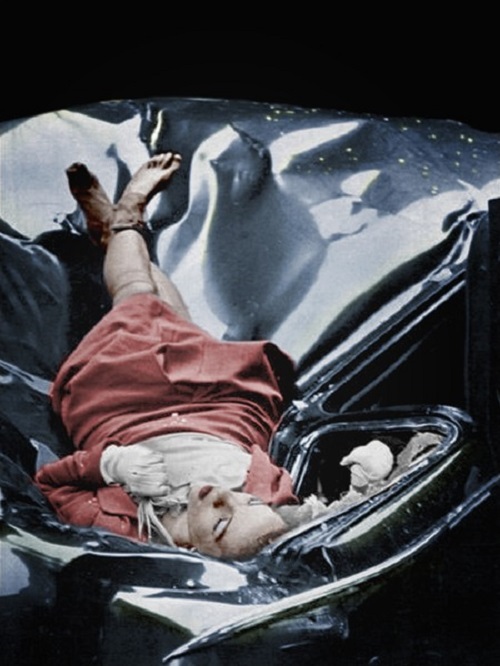 Evelyn McHale suicide
Called the most beautiful, however weird it sounded. Photographer Robert Wiles happened to take a photograph of McHale just seconds after her death. The haunting image appeared in Life, later it inspired Andy Warhol. On May 1, 1947, 23-year-old Evelyn McHale leapt to her death from the 86th floor observation deck of the Empire State Building and landed on a United Nations limousine parked at the curb. Photography student Robert Wiles took a photo of McHale’s oddly intact corpse a few minutes after her death. The police found a suicide note among possessions she left on the observation deck: “He is much better off without me … I wouldn’t make a good wife for anybody”. 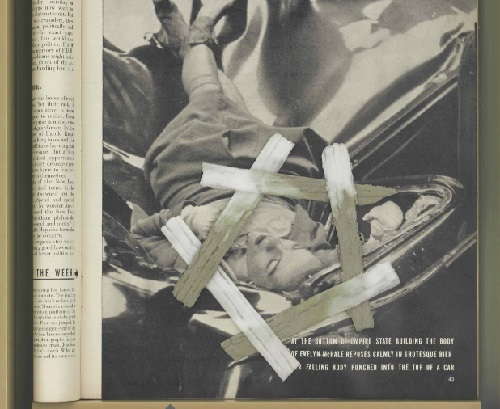 The photo ran in the May 12, 1947 edition of LIFE Magazine and is often referred to as “The Most Beautiful Suicide”. It was later used by visual artist Andy Warhol in one of his paintings entitled Suicide (Fallen Body).. She was 23 years old…sensitive and prone to depression and was just dumped by the man she adored.

Over the years, more than thirty people have committed suicide from the top of the building