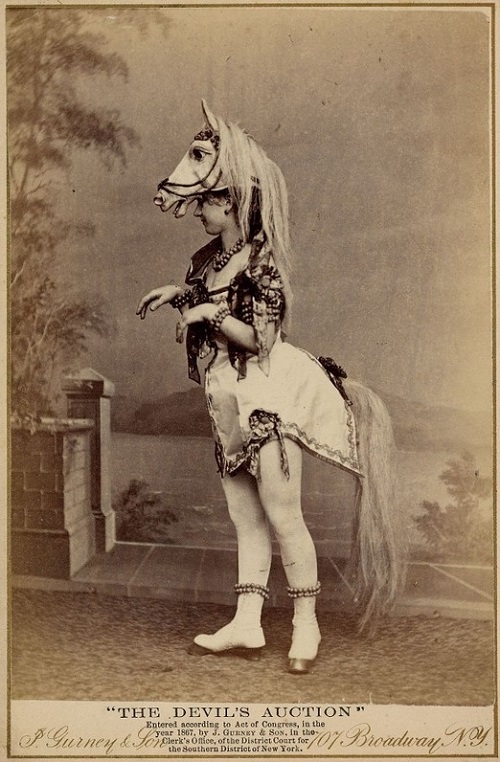 Exotic dancers of late XIX-th century
While in France these beautiful women kept the can-can burlesque, in America developed all the subspecies of exotic dance performed by women. In particular, belly dance, dance on the table (the prototype strip) and other original productions. In addition, each dancer had a pseudonym, and quite often a unique costume. Most of these vintage photographs were made in the last decade of the XIX-th century. The vintage photo cards feature so called ‘Houseworth’s Celebrities’, named by Thomas Houseworth (1828-1916), San Francisco based photographer. 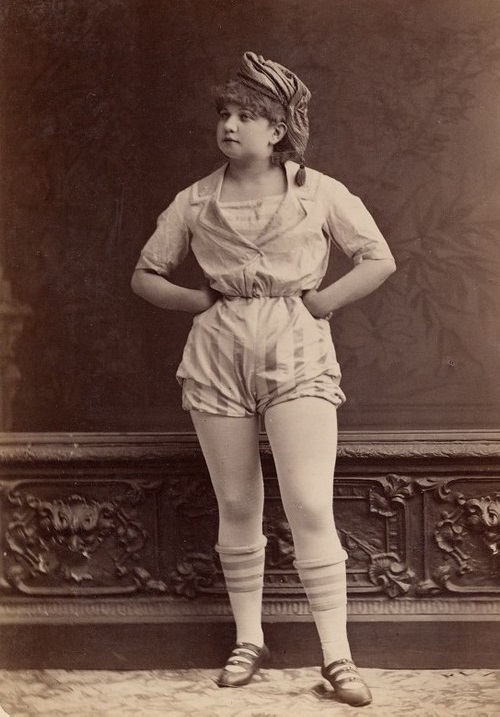 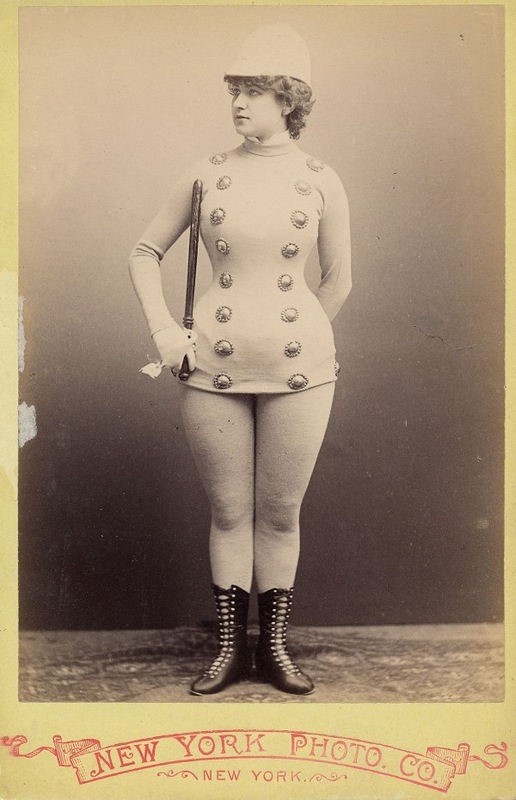 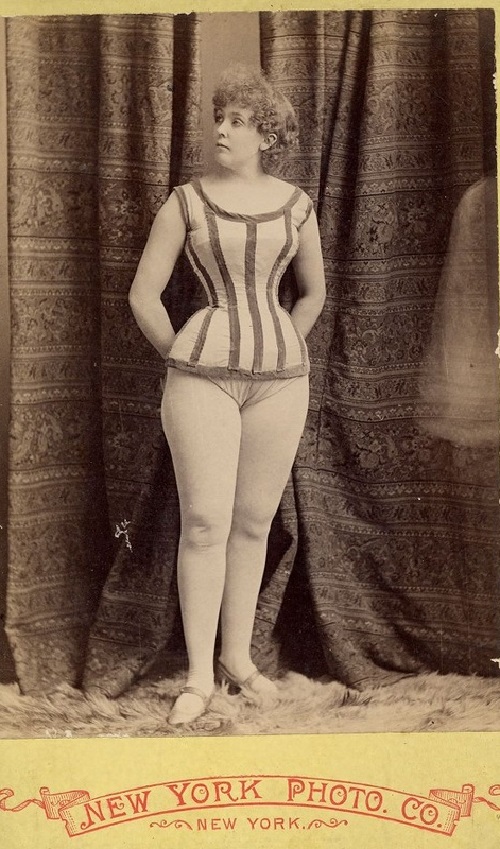 A lady in a striped costume 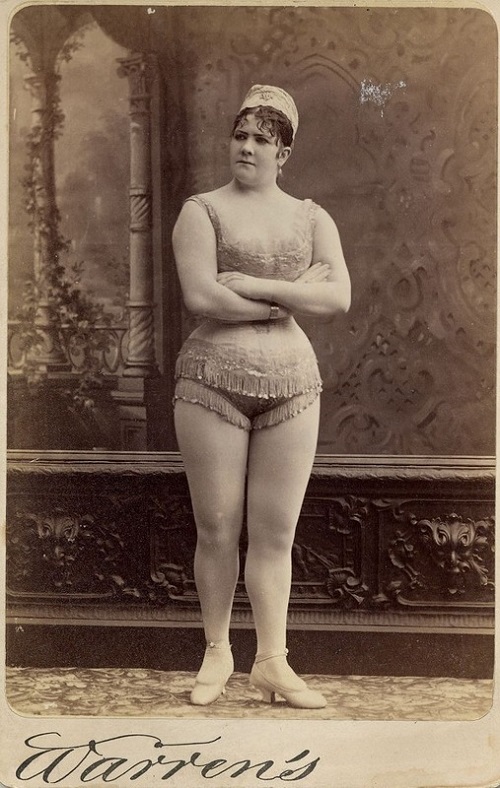 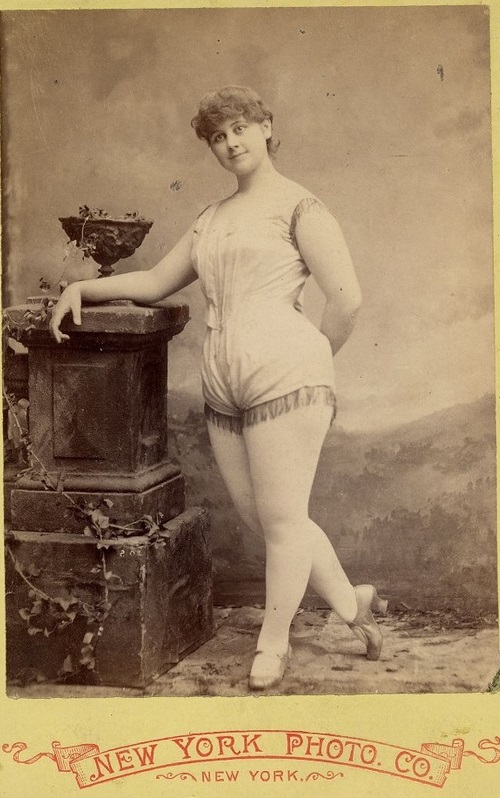 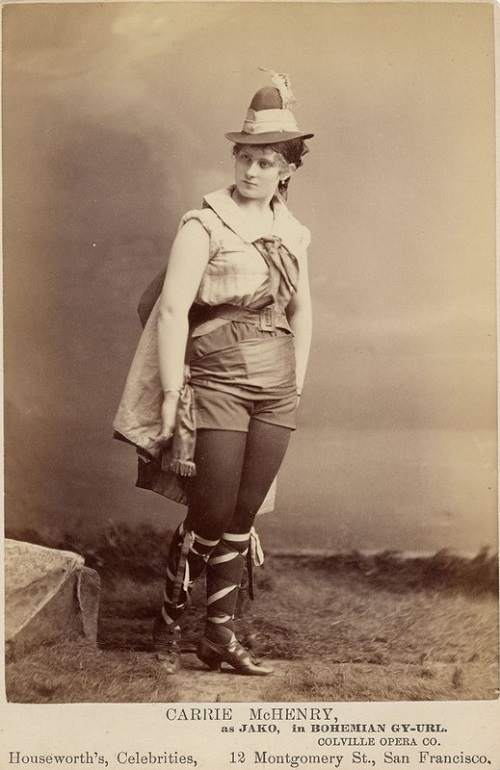 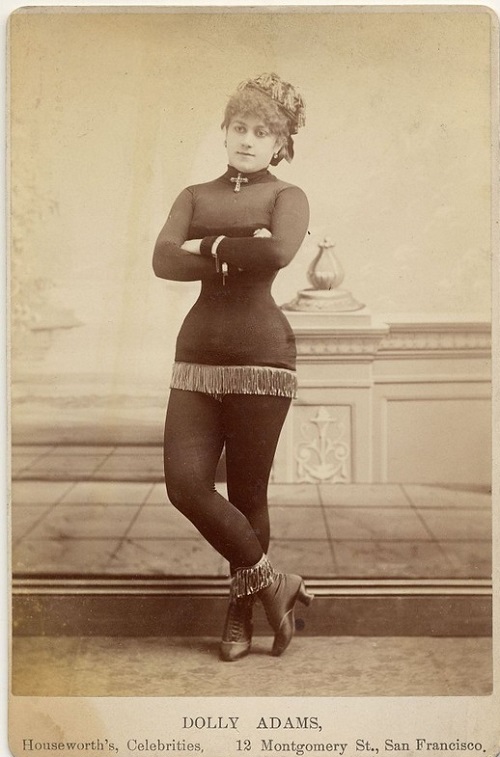 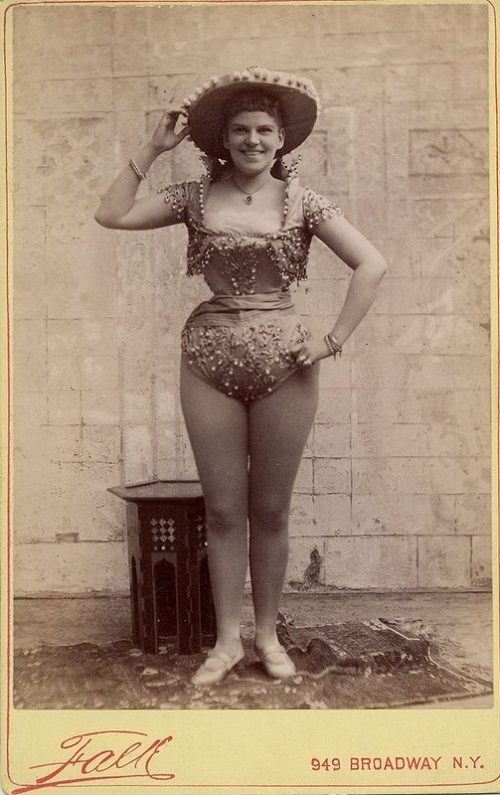 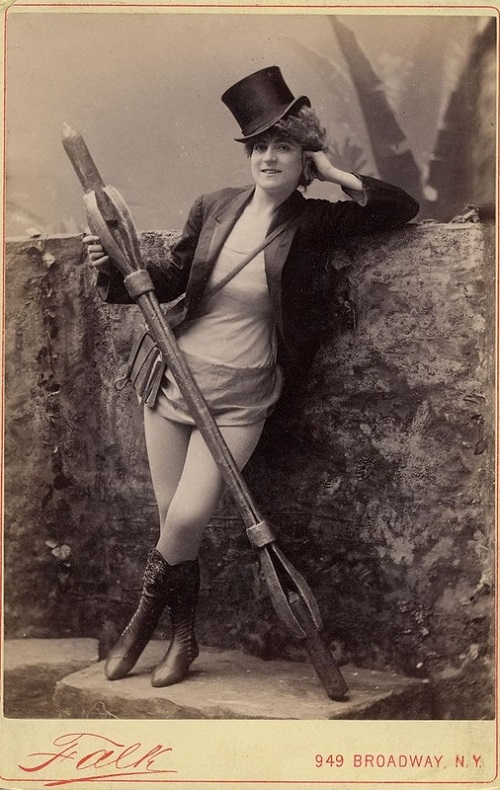 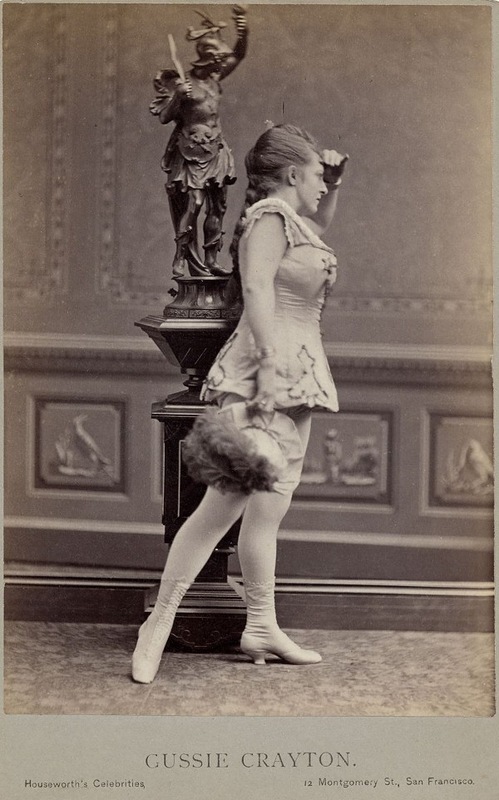 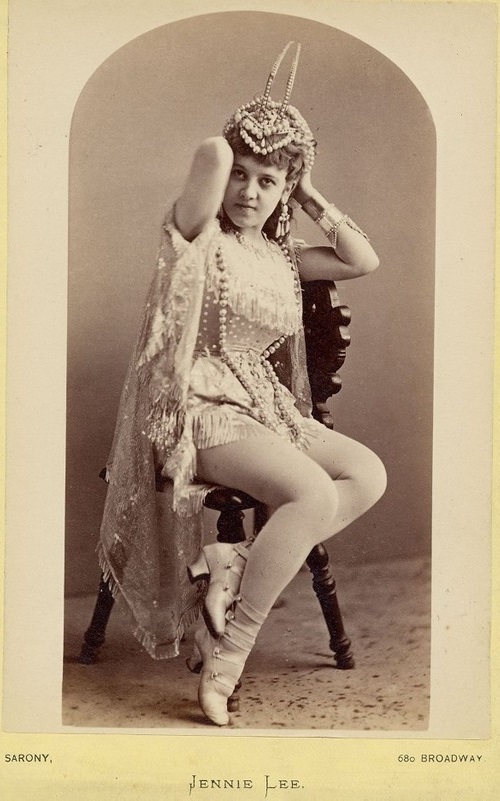 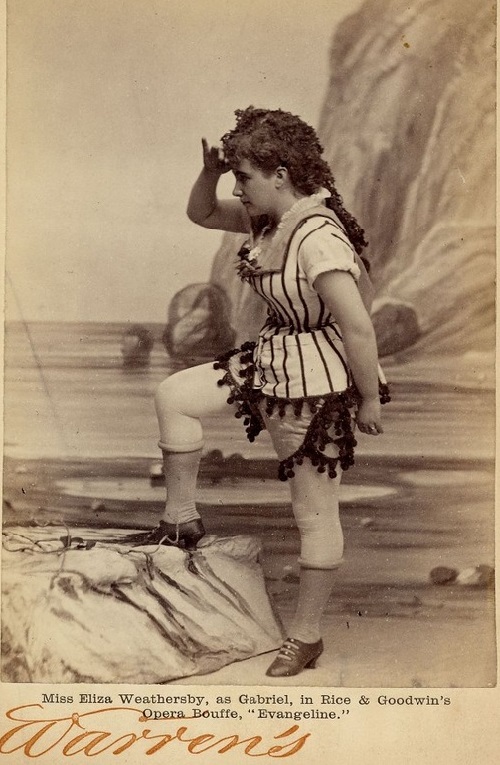 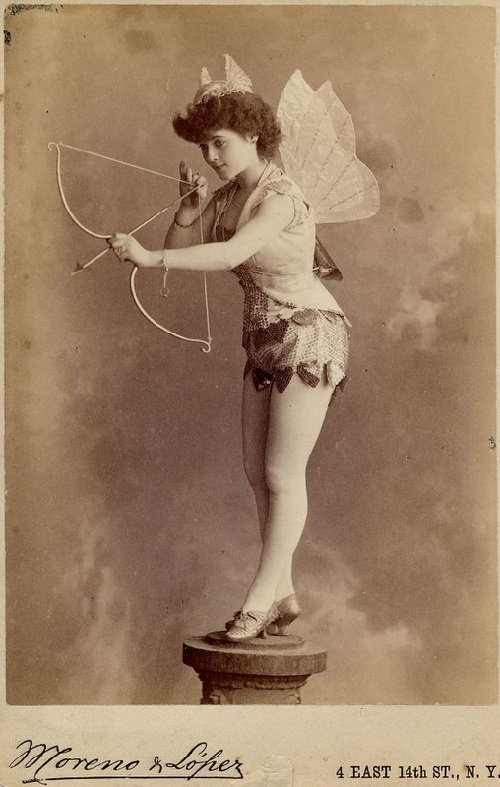 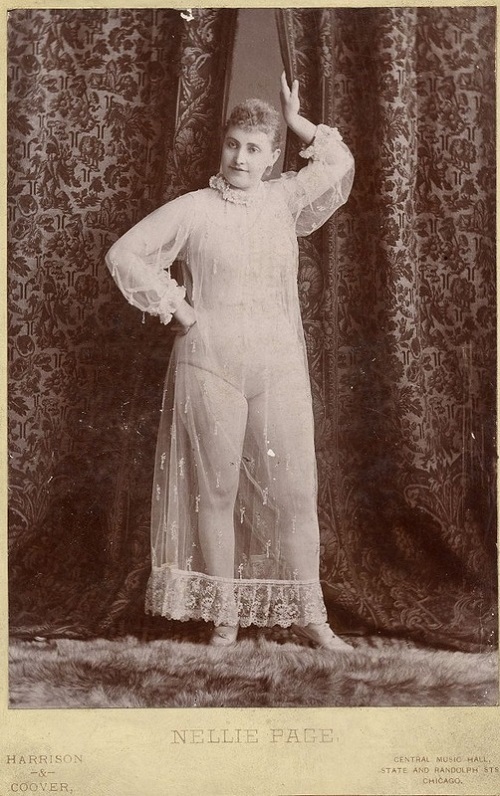 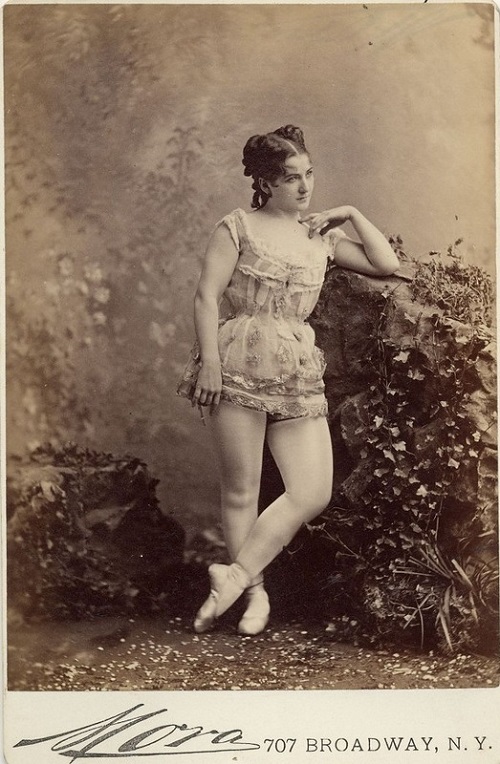 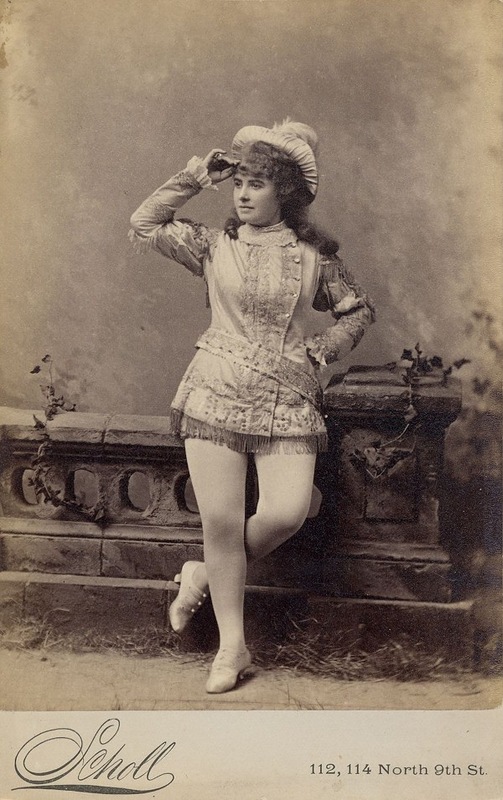