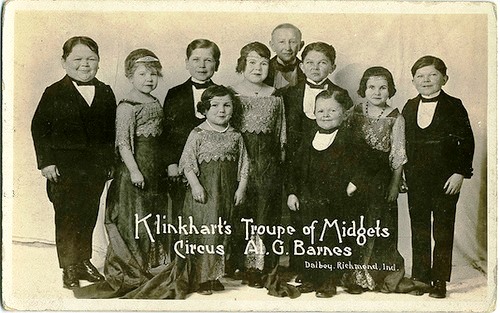 Vintage Vaudeville popular little performers of the 1920s
Burlesque acts of the 1920s regularly featured a troupe of midget performers, such as the Hans Kaesemann Midgets. The Hans Kaesemann Midgets were the biggest little thing in Vaudeville. Traveling from theatre to music hall, the group of little performers put on dance routines and comedy skits to delighted audiences across the U.S. While they stopped short of doing the full monty, like modern burlesque dancer Dita Von Teese. In particular, The Hans Kasemann troupe featured the pint-sized Pick sisters, Olga and Auguste, as well as stunted celebrities Anna Rockel and Willie Rolle. And they were all singing, all dancing, all vertically challenged. 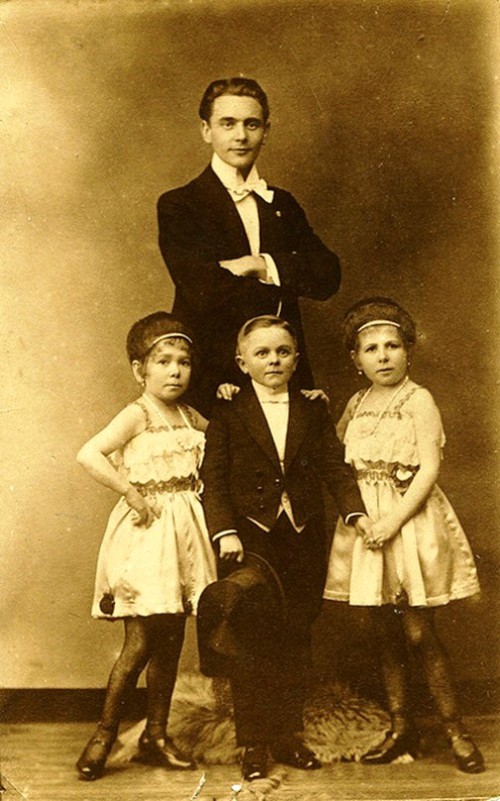 The Pick sisters, clearly the stars of Hans Kasemann’s troupe, with Kasemann and flanking Willie Blaseri

By the way, Kasemann himself was a normal-sized and even tall man. He formed the troupe in his native Germany but moved the show to the U.S. in the early 1920s. While he tickled the ivories of a full-sized piano, the tiny stars sang and danced around him. At other times they took over the stage entirely, performing vignettes and plays satirizing the news of the day. And, while the Kasemann Midgets might have been described as a novelty act, they were by no means unique. There were the Rose’s Royal Midgets and the Rossow Midgets, as well as the Klinkhart Midgets… to name but a few.

In fact, Vaudeville was a form of variety entertainment popular in the US until the early 1930s. Each show was a collection of unrelated acts grouped together on one stage. Musicians, comedians, dancers, magicians, animals, acrobats, and actors all got their 15 minutes of fame on the Vaudevillian stage. Back in the days of Hans Kasemann’s Midgets, ‘burlesque’ had a different meaning to the striptease style or performance we know today.

Burlesque was a literary, dramatic or musical work intended to be a humorous caricature of serious literature, drama or music. The art form died out in England at the end of the 19th century, but was popular in the U.S. up until the death of Vaudeville.

Famous burlesque dancers of the day included Gipsy Rose Lee and Margie Hart, and many famous comedians. Among them – Mae West, Abbott and Costello and W.C. Fields made their names by being bawdy MCs for the dancers.

Meanwhile, the first American burlesques were imports from England, and chorus lines of attractive women were part of the show almost from the start. In 1866, Niblo’s Garden in New York presented The Black Crook, its forgettable plot enlivened, as an afterthought, by some imported dances from a French opera, La Biche au bois. According to burlesque historian Irving Zeidman, public reception was warm. “The reformers shrieked, the ’best people’ boycotted it,’’ but the bottom line was ‘‘box receipts of sin aggregating over $1,000,000 for a profit of $650,000.’’ The show promptly spawned a host of imitations—The Black Crook Junior, The White Crook, The Red Crook, The Golden Crook—capitalizing shamelessly, and profitably, on Niblo’s success. 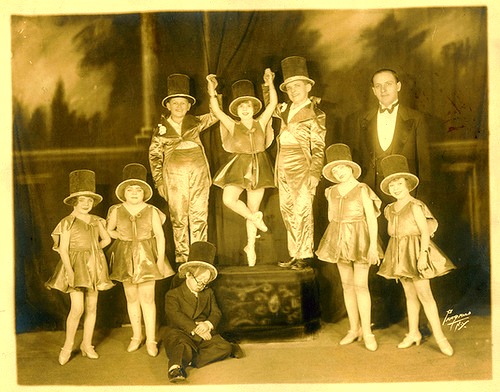 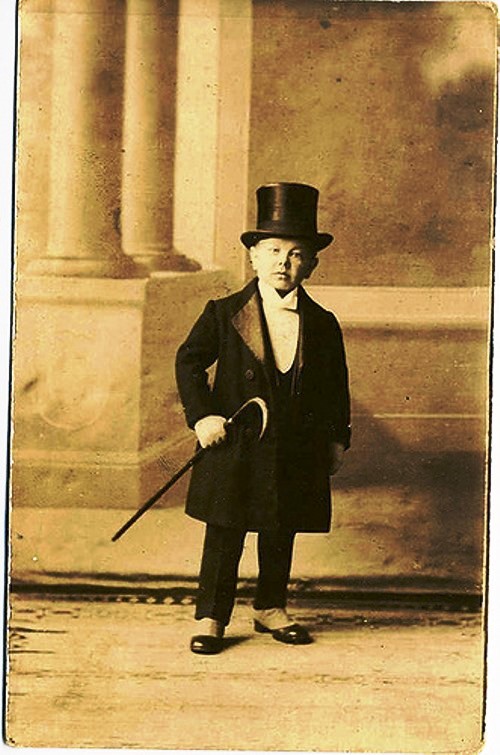 A man of Hans-Kasemann’s Midget Troupe 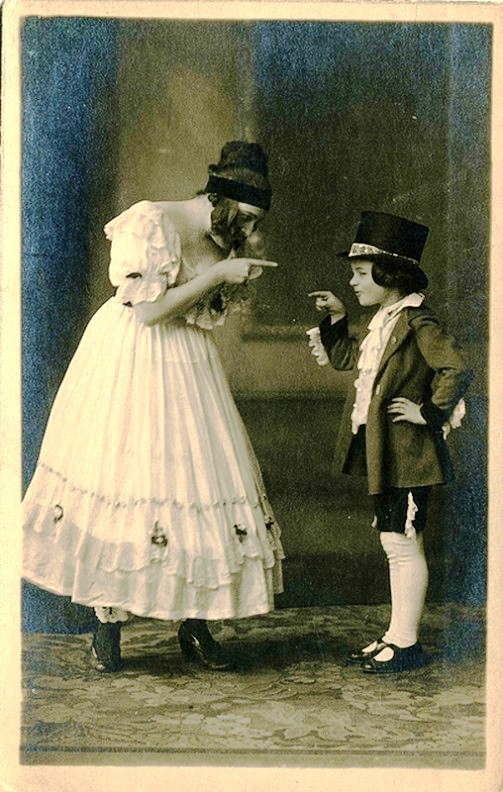 A scene from a Vaudeville performance 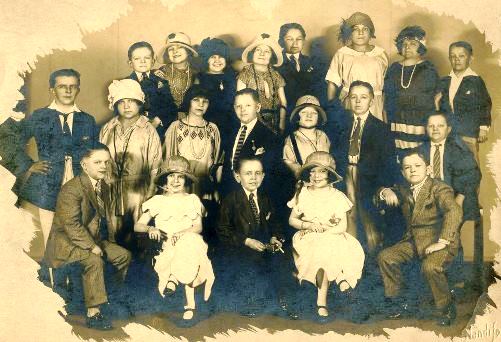 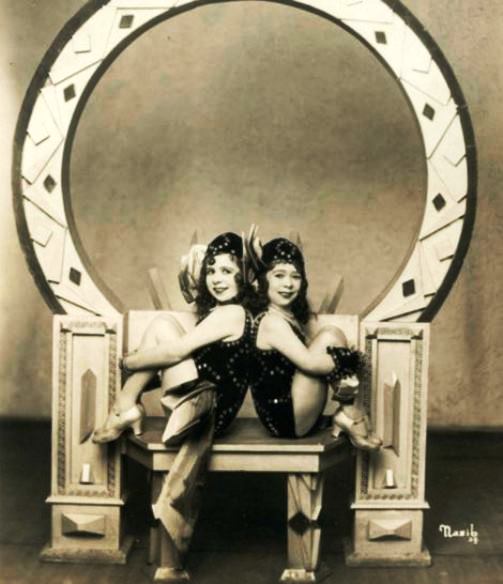 Auguste and Olga proved an irresistible duo during Vaudevilles heyday 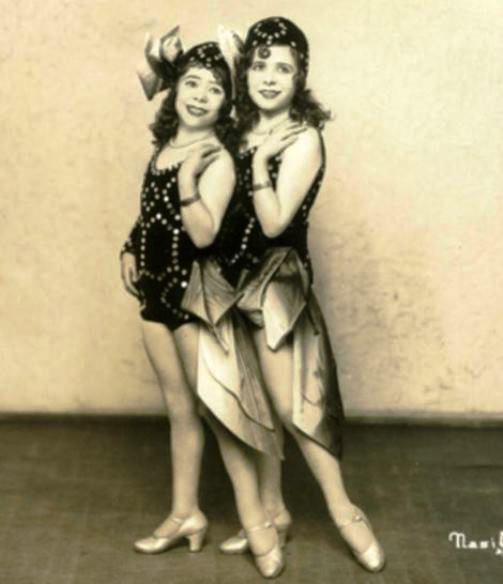 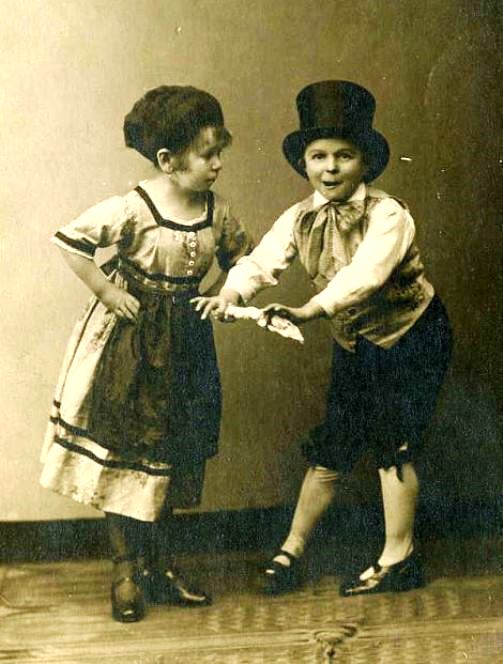 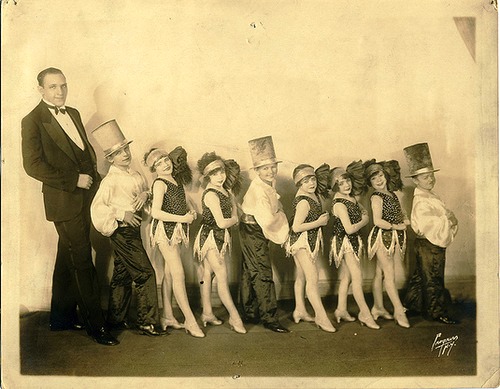 Kasemann – a tall man with his actors 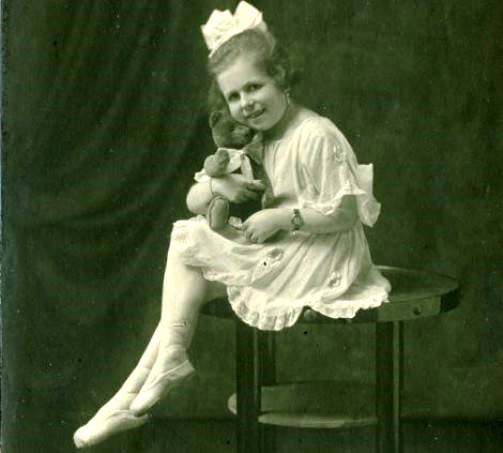 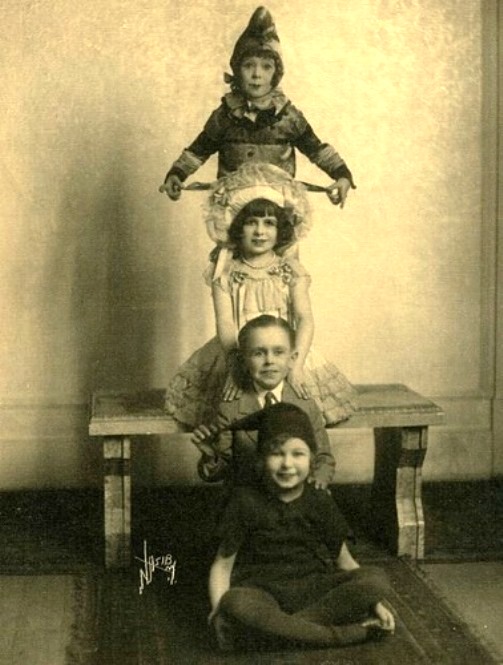 From top to bottom, Auguste, Olga, Willie and Anna 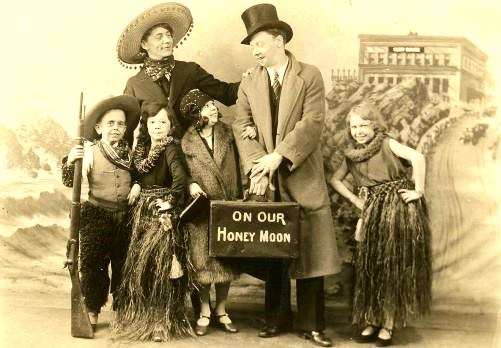 On our honeymoon. Kasemann in costume for one of their many light plays 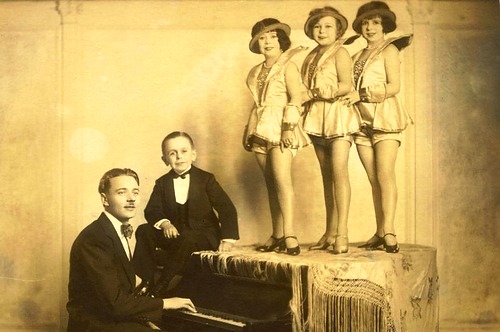 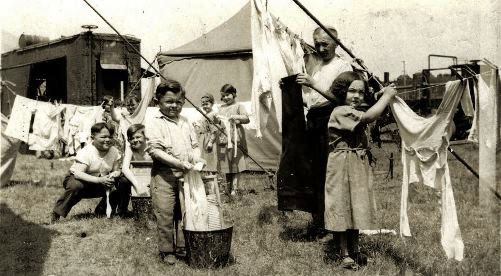 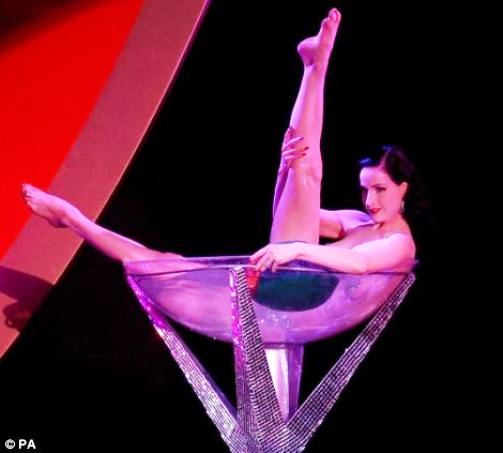 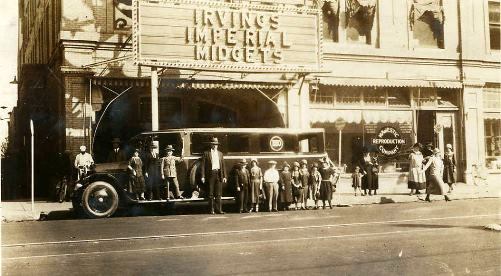 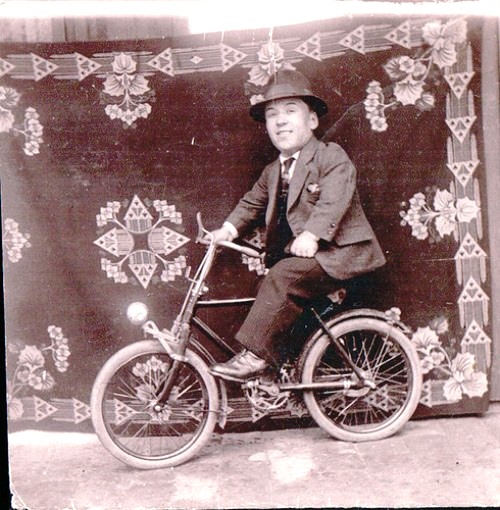 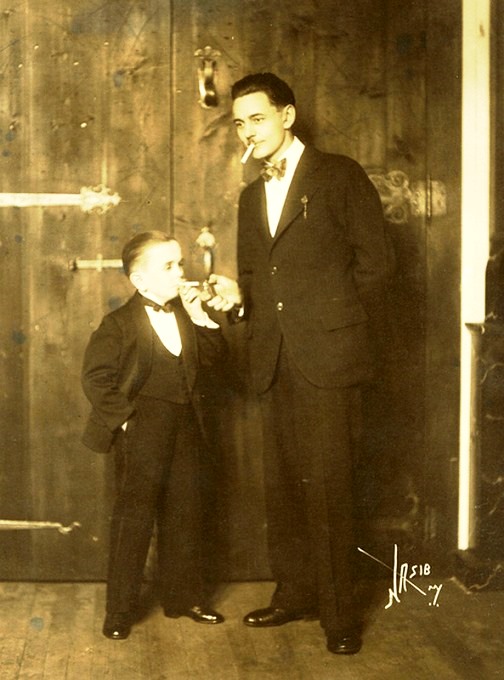 Founder of the popular entertainment Kasemann and his actor 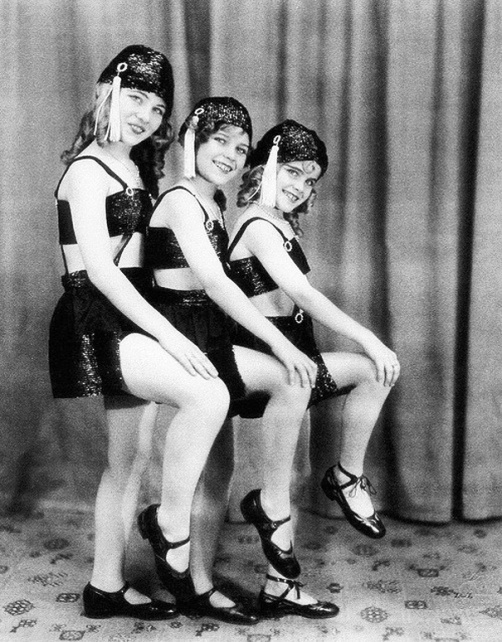 Popular in the US until the early 1930s Vaudeville