Some Interesting Facts about parrots 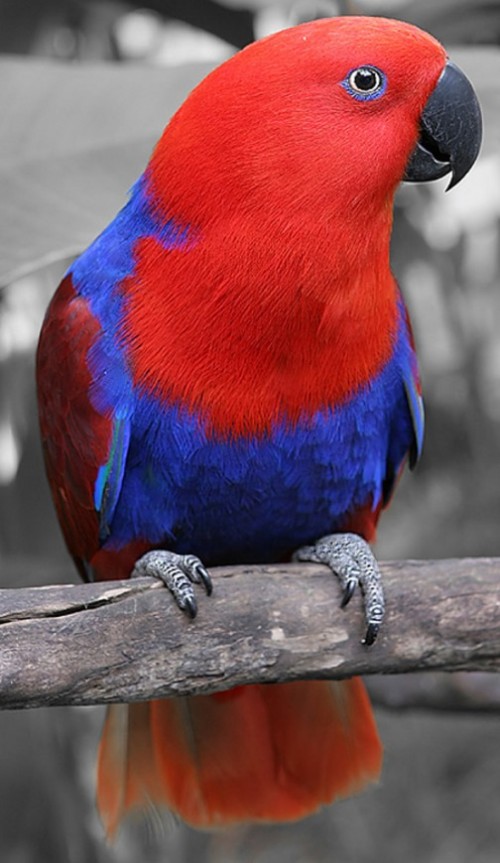 Some Interesting Facts about parrots
Truly amazing creatures, parrots – one of the most intelligent kinds of bird, along with jays, crows, ravens and magpies. In fact, there are so many good reasons why people like and choose parrots for their pets. And one of the reasons is the fact that these birds are very intelligent. Also, they have good ability when it comes to learning things. Besides, they show understanding in regard to the things you may say to them.
Meanwhile, there are several types of parrots. The ones commonly bought as pets include the Senegal, Amazon, Quaker, African Grey, Eclectus and Conure parrot. 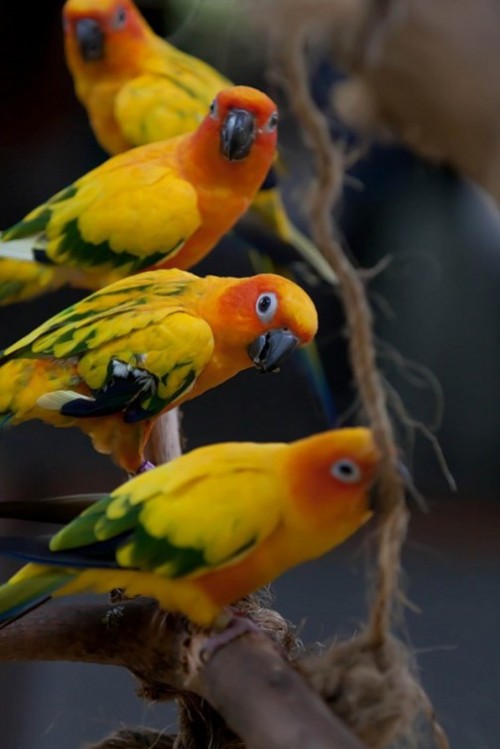 Interestingly, Parrots can be right/left-handed like people. While eating, parrots hold their food in one of their feet, if the foot is right – your parrot is right-handed, if left – left-handed.

Don’t feed chocolate to your parrot because it is poisonous to parrot’s body.

Smallest parrots live up to 10-15 years, while large species can live up to 75 years and older.

Most parrots in the world are green, especially the ones from South America.

A parrot (depending on species, of course) can weight from just a few ounces to 3.5 pounds.

Most parrots build their nests in holes in trees, rock cavities, ground tunnels, etc. However, some build stick nests.

The vocalizations of some parrots can be heard for up to 1 mile!

The smallest parrot is the pygmy of the South Pacific which is only 3? inches long, the largest is the hyacinth macaw which is about 10 inches long. Much of its length is in its long tail.

Thousands of parrots are brought to Europe and North America as pets. Many of them die making this journey.

Wild parrots live in the forest of tropical zones (South America, Australia, and New Guinea), some live in Africa and Asia.

Their flight is usually direct and strong, but they also spend a lot of them time climbing up trees and frequently use their beak.

The bird’s lower part of the brain is similar to that of humans, in function. Some of them have shown their remarkable ability to use tools and even to solve puzzles.

Some Interesting Facts about parrots 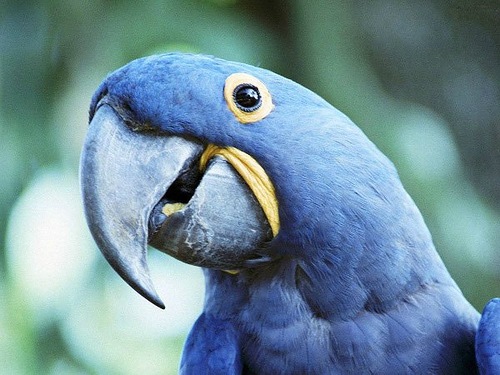 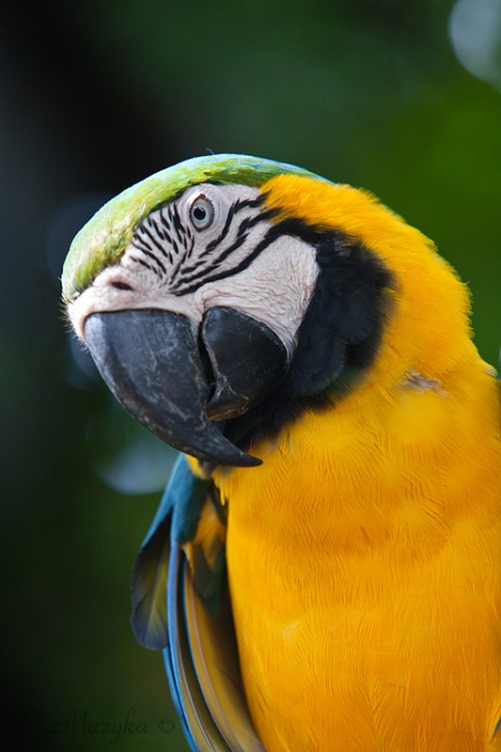 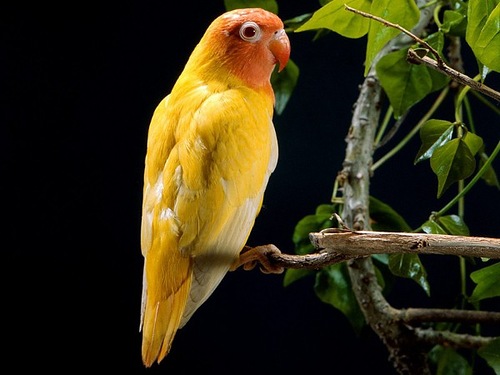 There are 315 species of parrot in the world 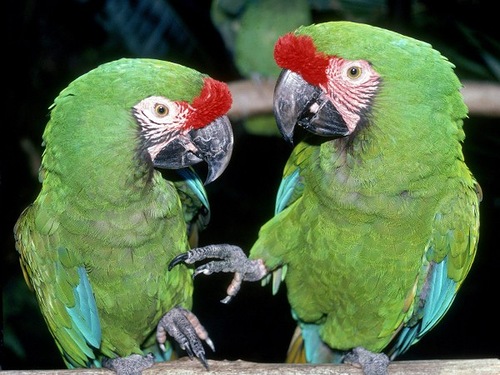 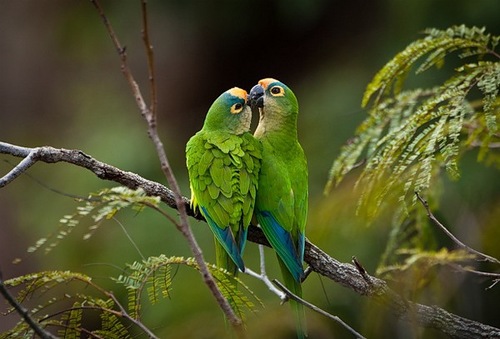 A couple of Parrots 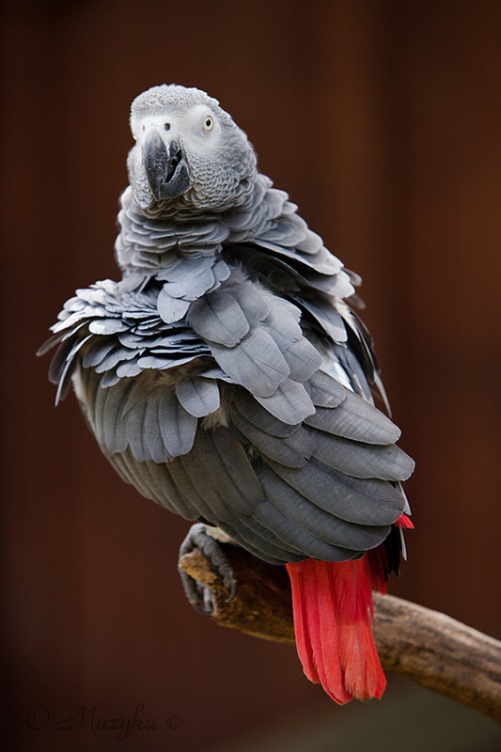 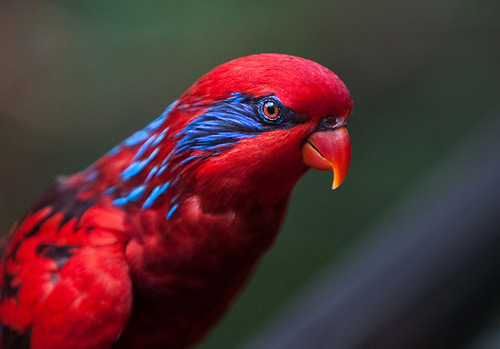 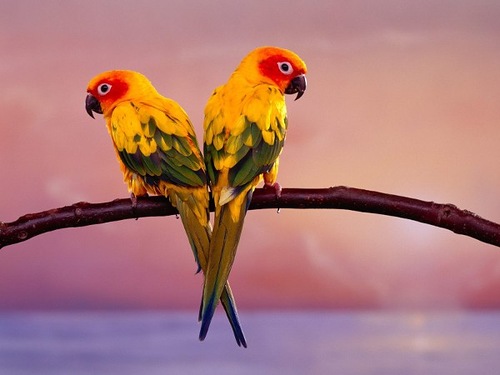 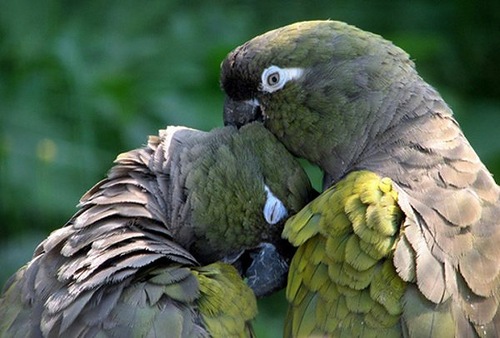 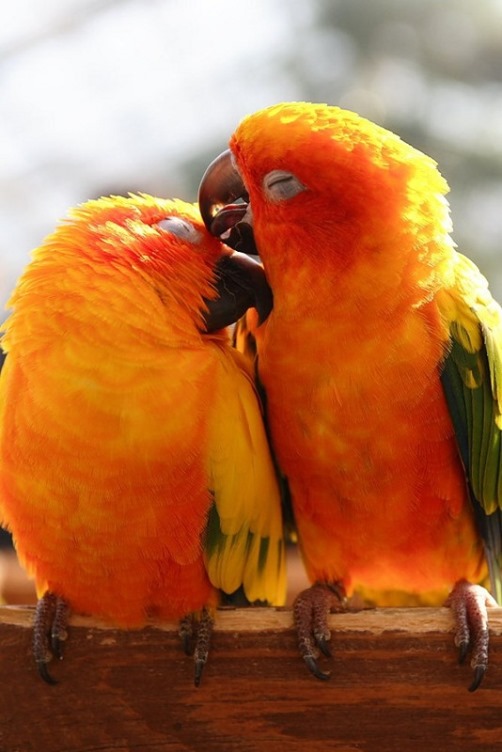 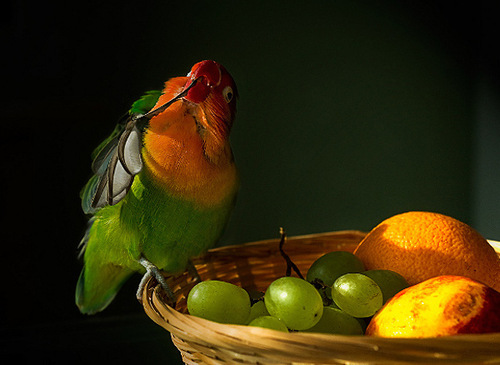 Fruits and a parrot 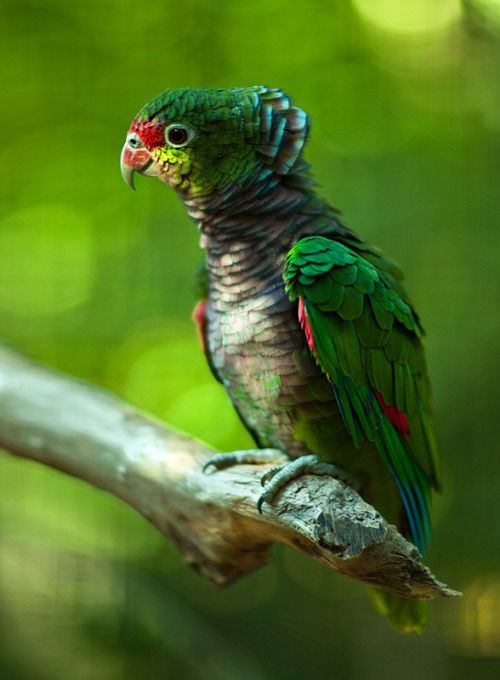 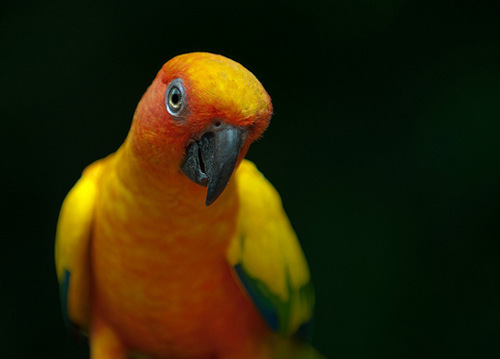 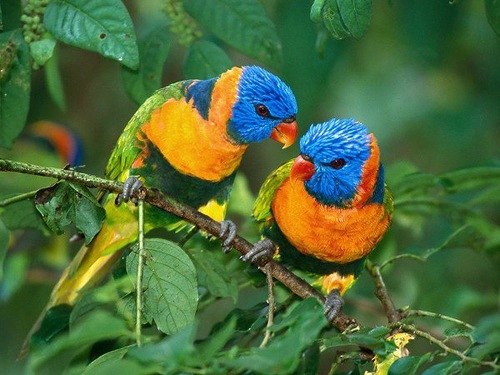 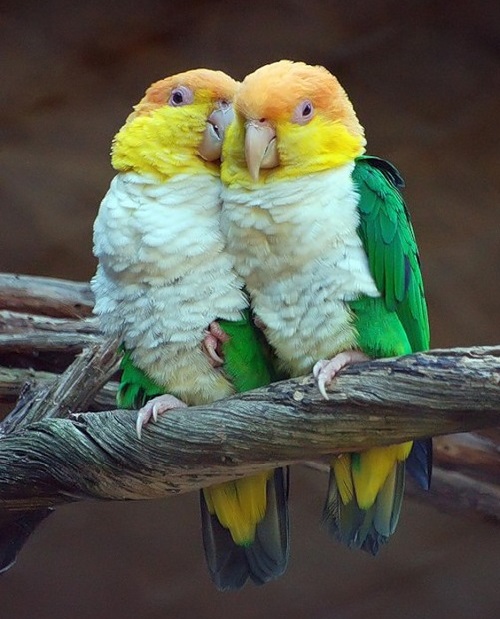 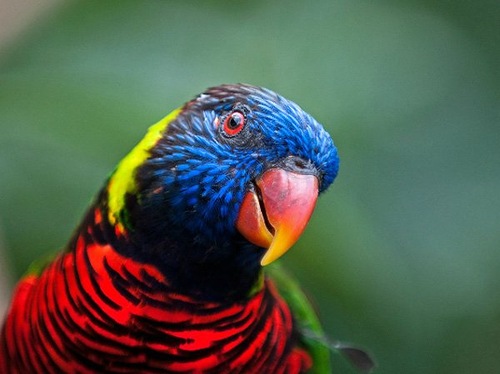 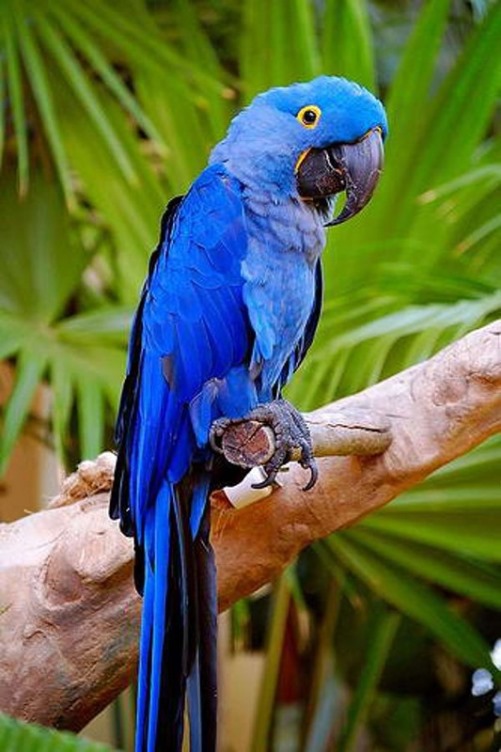 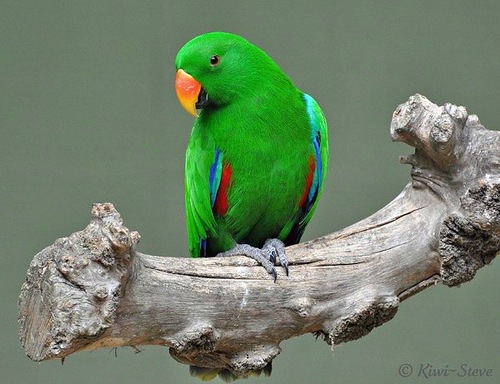 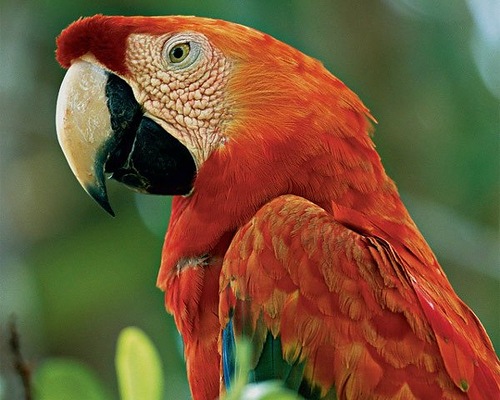