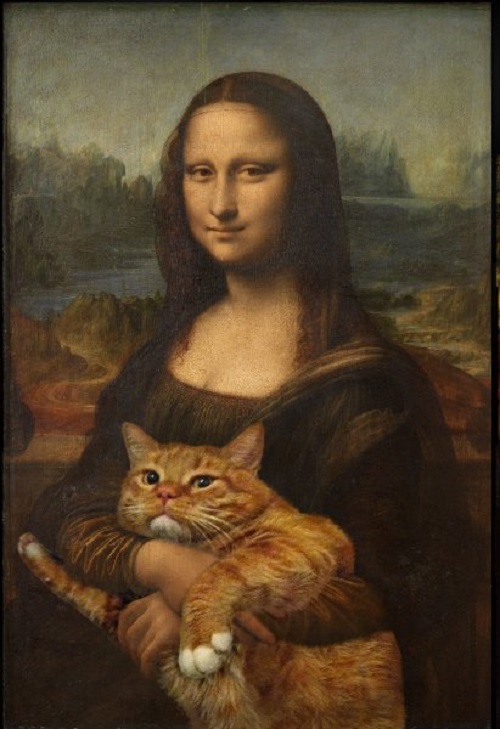 Fat cat Zarathustra in classical paintings
Russian website Fatcatart.ru (Great Artists’ Mews) features the paintings of Botticelli, Rubens and other great masters in an unusual way. Noteworthy, it is a very fat cat named Zarathustra, who gives a new life to these paintings. Svetlana Petrova, artist from St. Petersburg, inserts images of Zarathustra, her cat, into the paintings by Rembrandt, Velazquez and Titian. Known in her hometown as the founder of festival of street art and animation art “Multi-vision”, Svetlana Petrova is a very creative person. “My friends call my art crazy” – she said about the first reaction. Meanwhile, Zarathustra is not a fictional character. He lived for many years with Svetlana’s mother. And when she died, Svetlana took the animal to her. 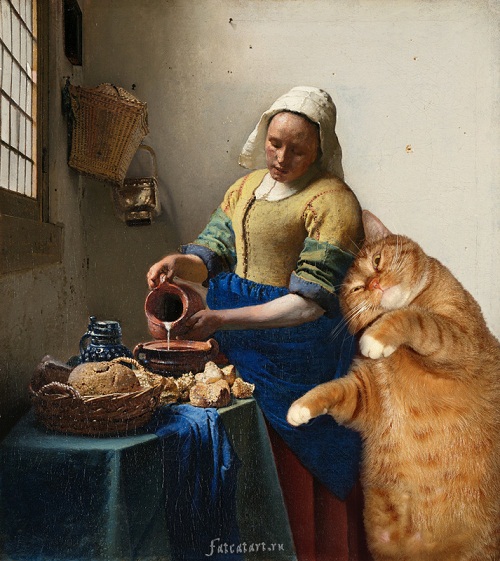 The painting above – The Kitchen Maid by Johannes Vermeer. If you make a comparison of this original version of Vermeer’s masterpiece and the version exposed at Rijksmuseum, Amsterdam, you will see that the first one makes more sense. The kind woman is sad without a cat, as she has nobody to care about, nobody to serve this fresh milk. Not fair 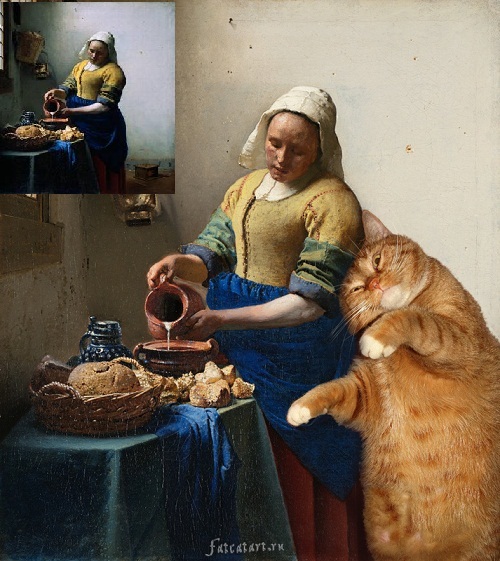 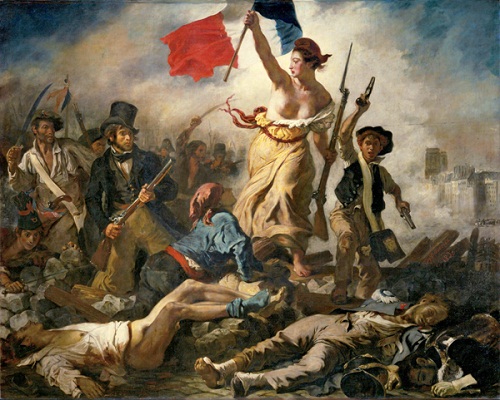 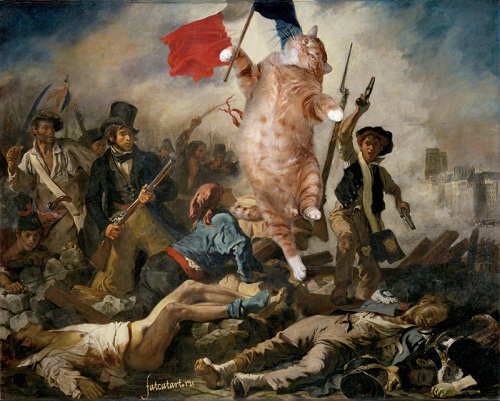 Pussy Riot, or Liberty Leading the People. Traditionally, in the end of winter, cats, willing to relieve their animal desires, sing, dance and fight searching love 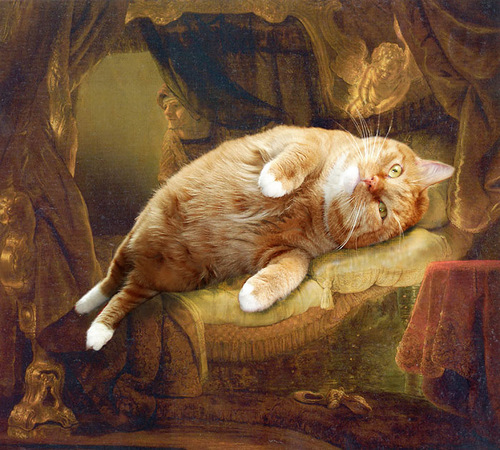 Danae the cat, on painting by Rembrandt 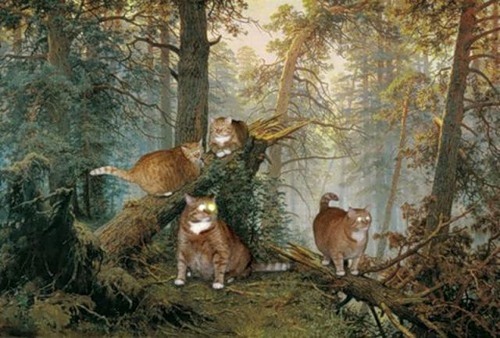 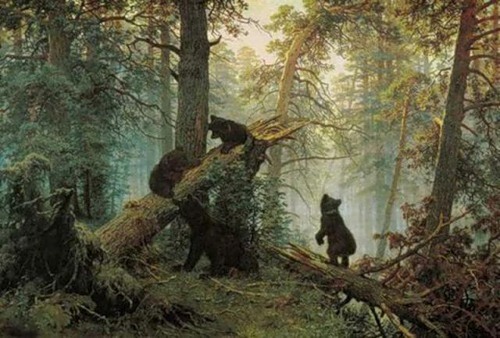 ‘The Birth of Venus’, painting by Sandro Botticelli 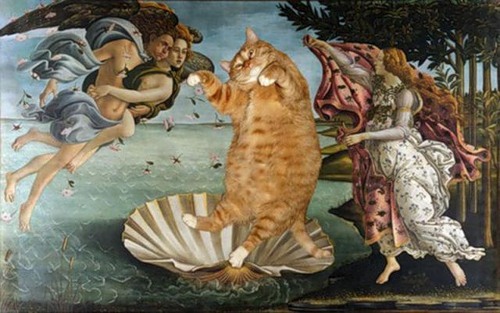 One of the highest aesthetic creations of the Florentine painter, as well as a universal ideal of female beauty, ‘The Birth of Venus’, painting by Sandro Botticelli 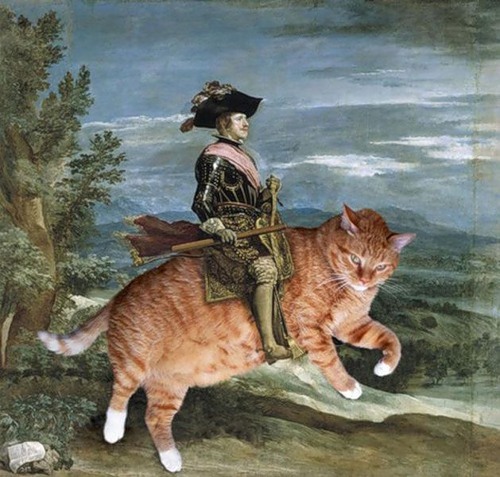 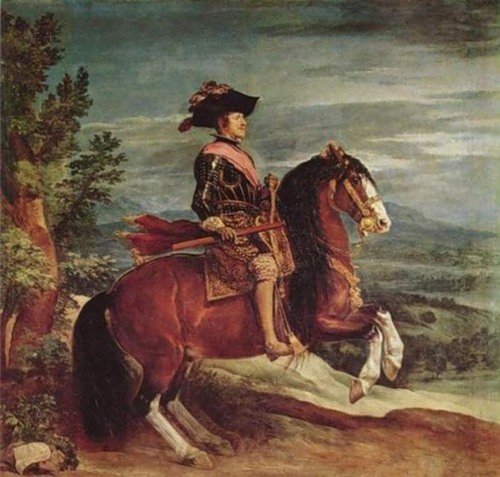 Only Cat deserves to be an Emperor of the Universe 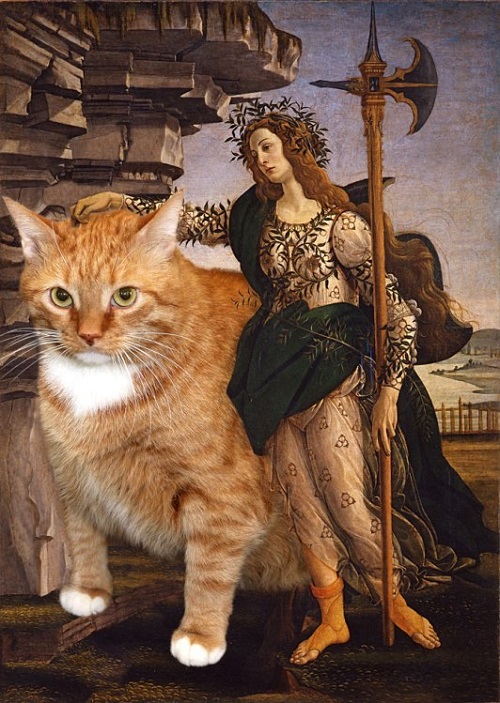 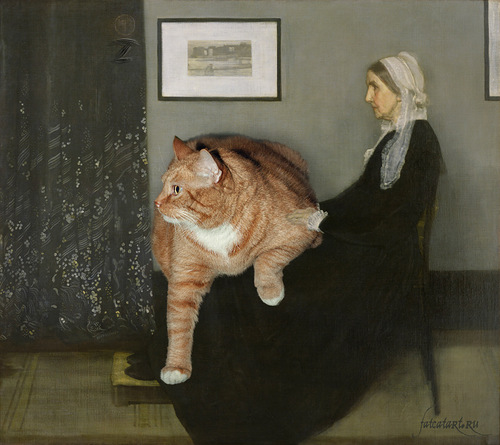 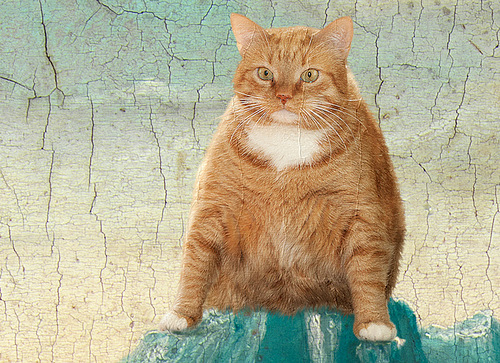 there’s much to improve in human life, that’s what the cat is thinking about 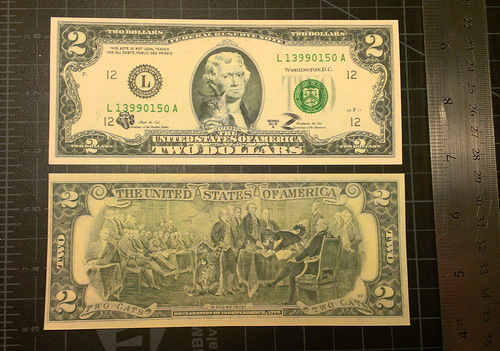 For a charity action 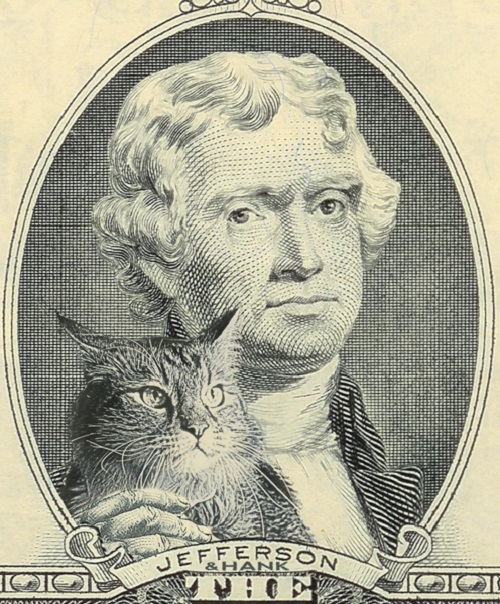 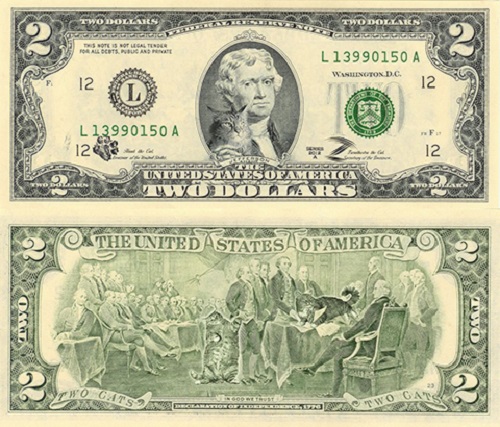 All the money received by this exchange went to the animal shelter Rzevka in St.Petersburg, Russia. The new 2 cats bill features Zarathustra the Cat and Hank the Cat 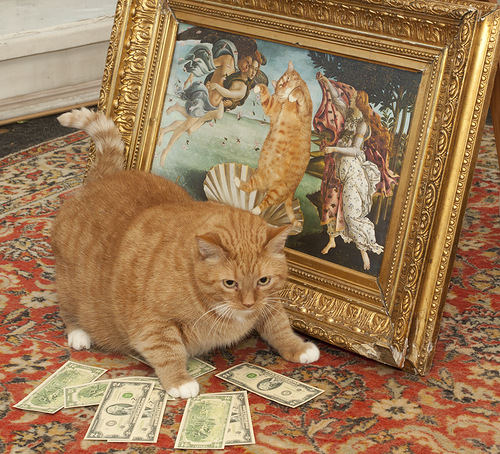 great art to great cats, and big money of course

How cat can improve the architecture of a modern megapolis in it’s historical center, as an example st.Petersburg in Russia

at the lifted part of the Palace Bridge in st.Petersburg, Russia 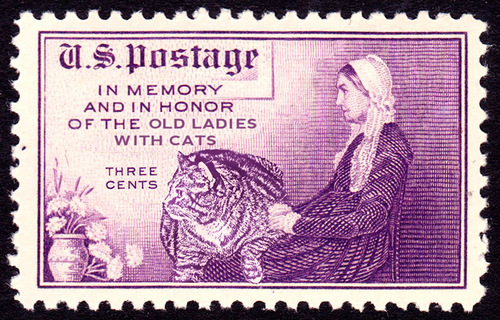 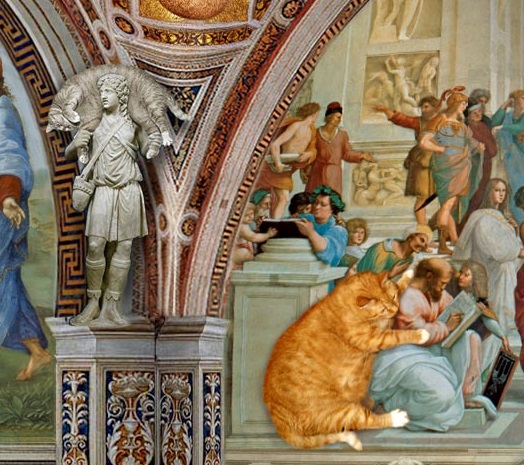 Somewhere in a church 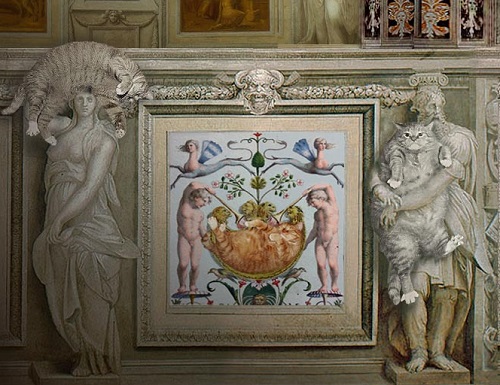