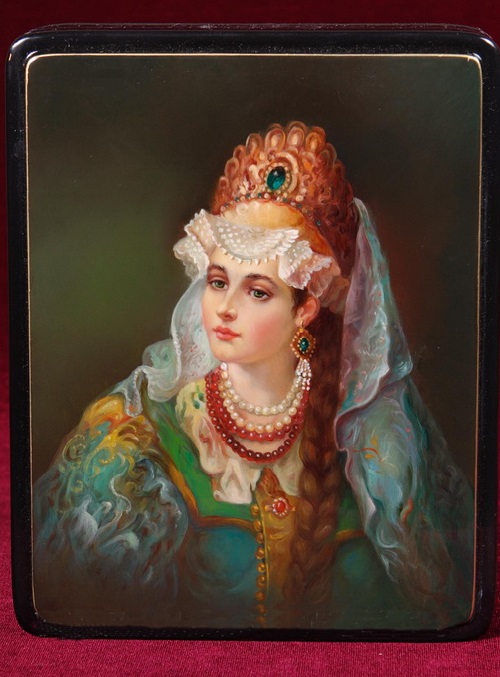 Traditional Russian miniature painting Fedoskino
Named after its original center – the old village of Fedoskino, it is the traditional Russian lacquer miniature painting on papier-mache. The village near Moscow became widely known from the late 18th century. Fortunately, the contemporary Fedoskino painting has preserved the typical features of Russian folk art.
Meanwhile, the use of oil paint, typically applied in many layers, is a distinctive feature of a Fedoskino miniature. In addition, it is the use of mother-of-pearl, pure gold or silver leaf under segments of the background that create the effect of a shimmering glow, or silvery sparkle. Besides, many boxes painted both – inside and outside. And the material imitates tortoise-shell, birch bark, mahogany or tartan. 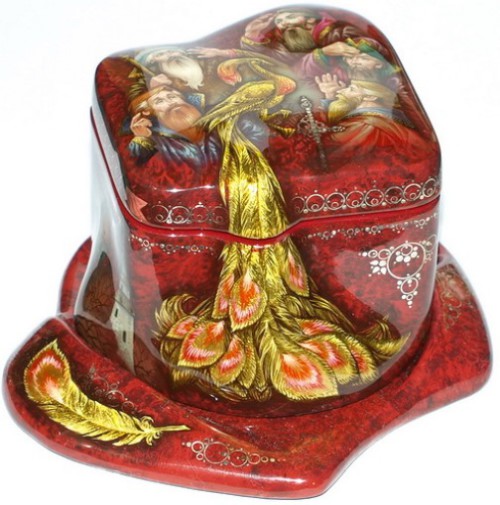 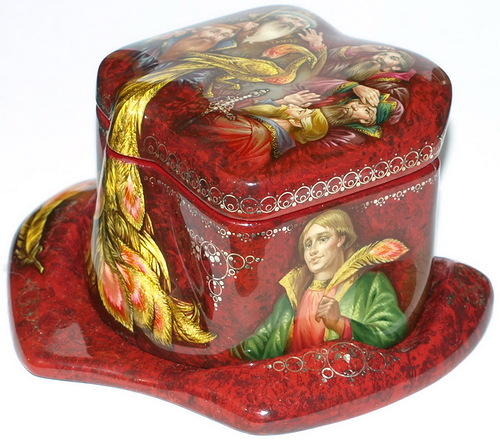 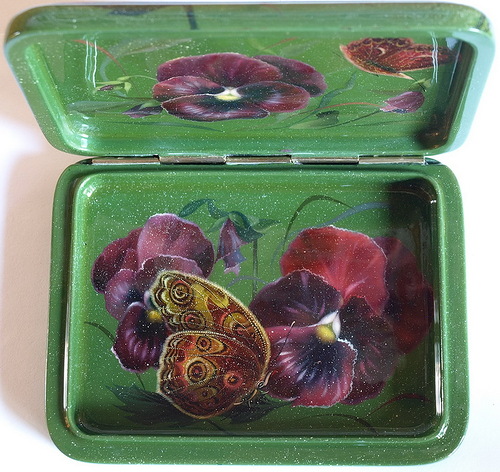 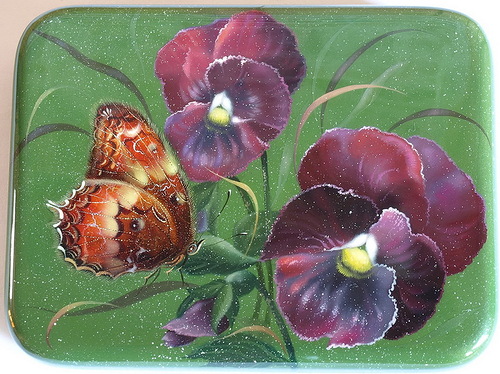 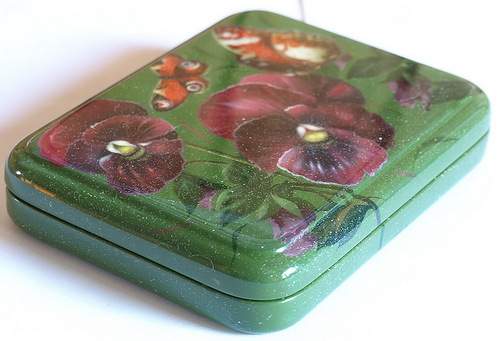 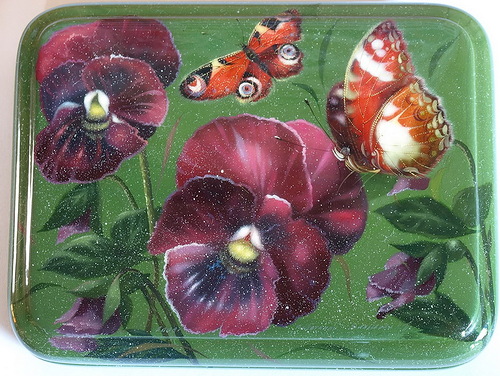 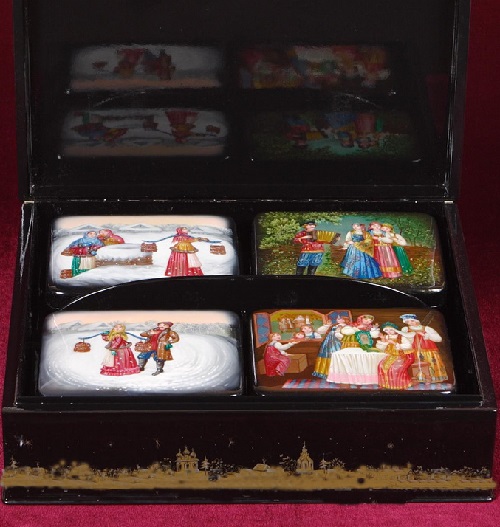 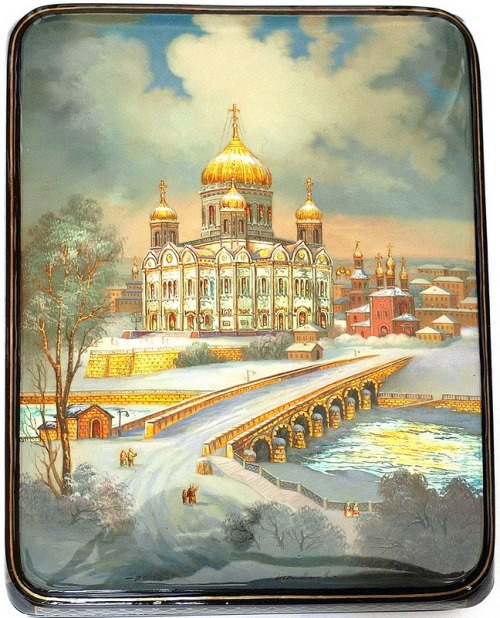 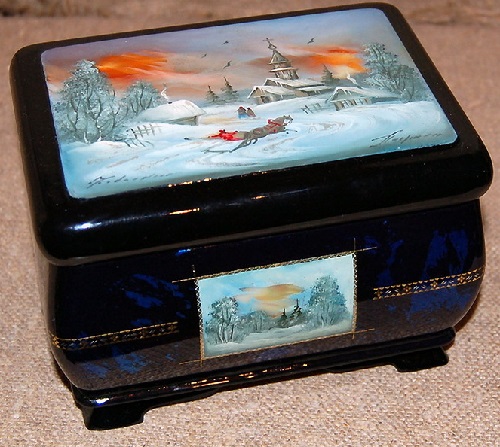 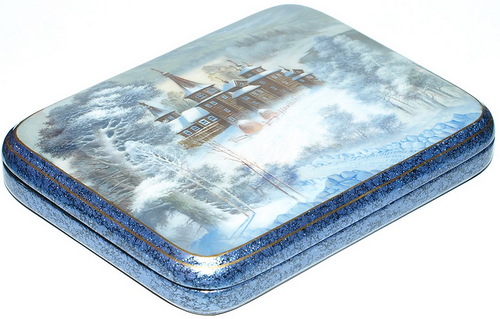 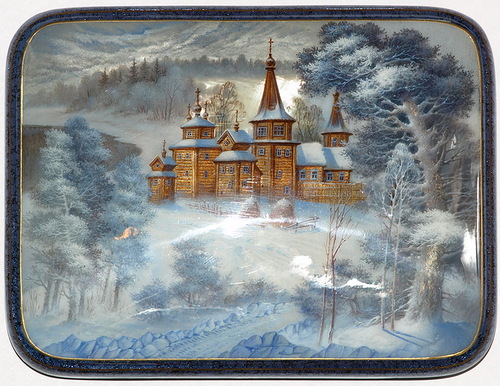 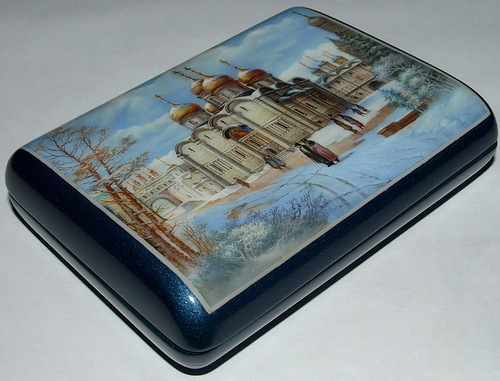 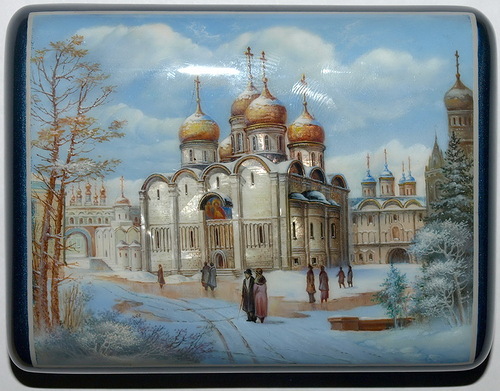 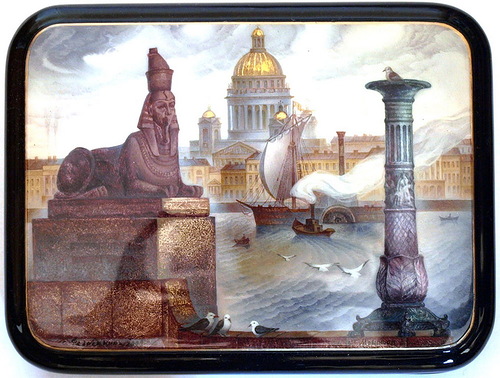 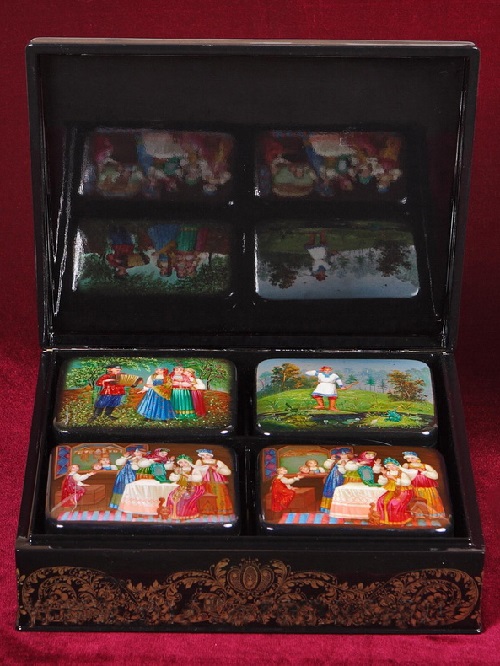 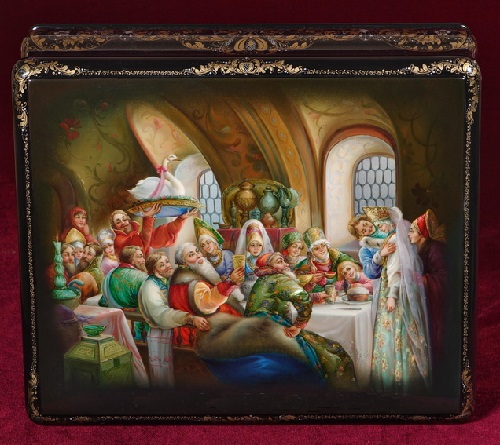 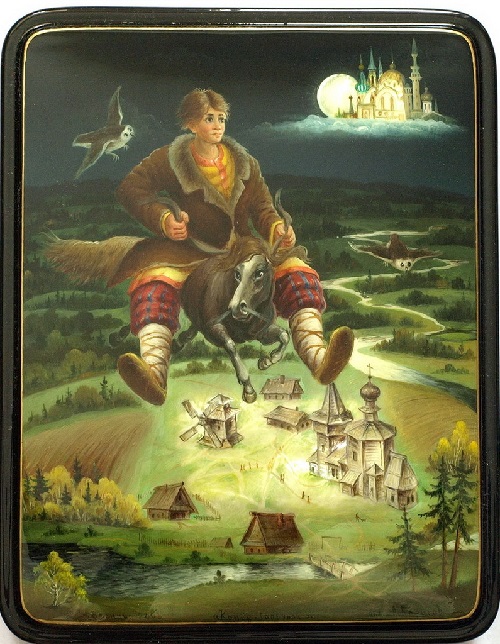 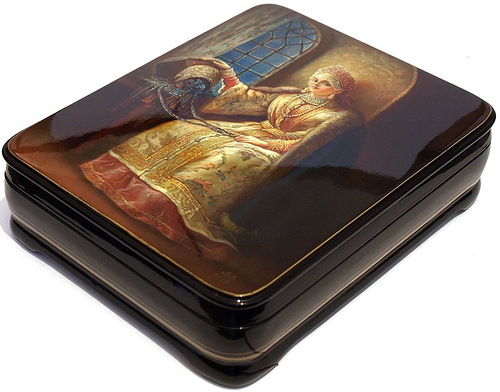 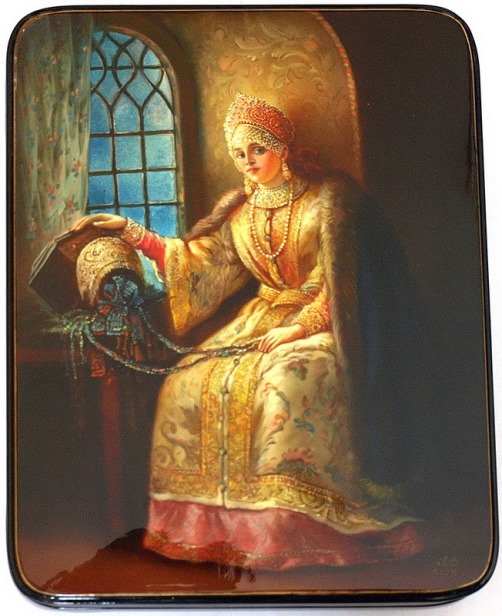 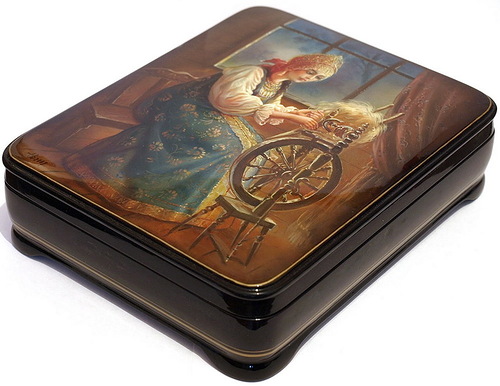 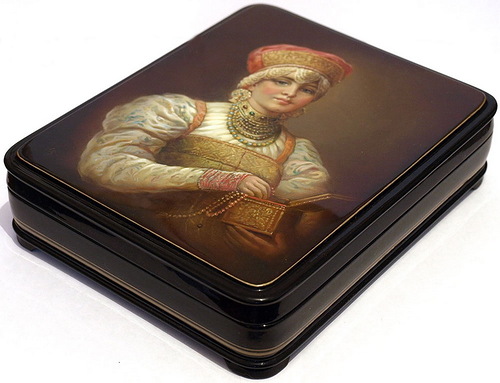 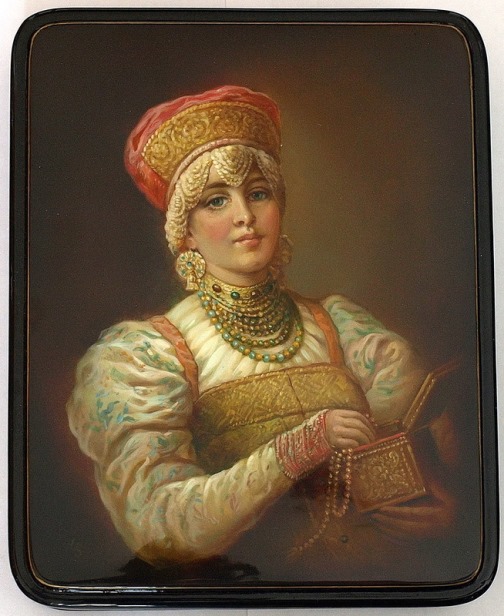 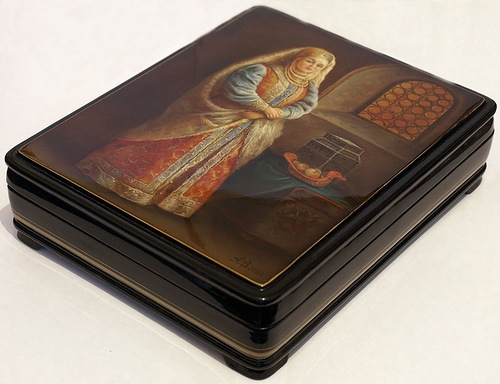