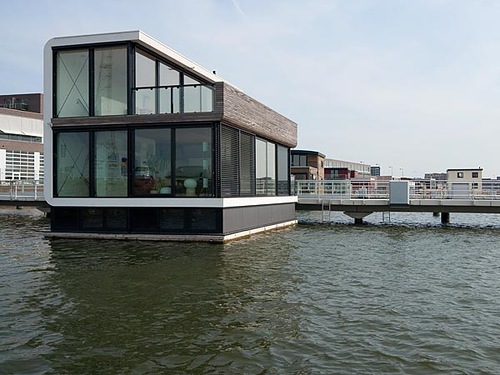 According to scientists, more than seven billion people, massive migration to cities increase the risk of flooding. So, rising sea levels inspire architects to create self-sufficient homes, offices and entertainment centers on water and under water. In particular, Dutch architect Koen Olthuis has designed this floating single-family water villa in Amsterdam to maximize privacy and versatility. The bedrooms and bathroom of the building are on the first floor, partially below water. Large sliding doors on the top floor open to a wooden deck, offering the illusion of being on a boat. 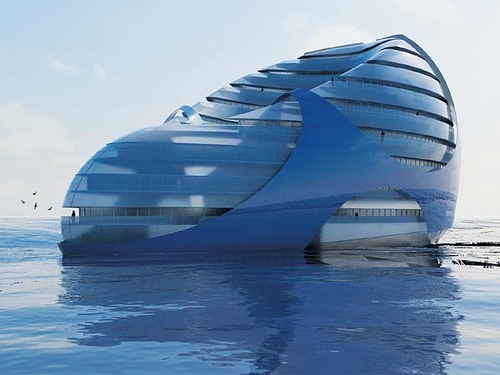 Sea-scraper fed by deep currents that twist the turbine, and photovoltaic skin

Concave body will collect rainwater and direct light to the lower deck. If rain is not enough, it will take to desalination. American designers also claim that the underwater part of the vessel will be able to fulfill the role of a coral reef, that is to attract the fish nutrients pumped from the depths. 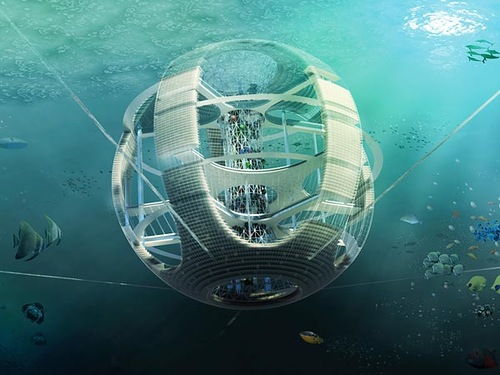 Plastic Fish Tower, designed to collect plastic from the Great Pacific Garbage Patch, stretching between California. Sea currents pick up millions of tons of plastic chips and other debris and carry them in one place. Plastic Fish Tower will collect it with a special grid kilometer diameter and processed in any desired products. On the outer rings and the surface part will be live. The energy will give plastic by some chemical method, which Korean designers offer you invent yourself. 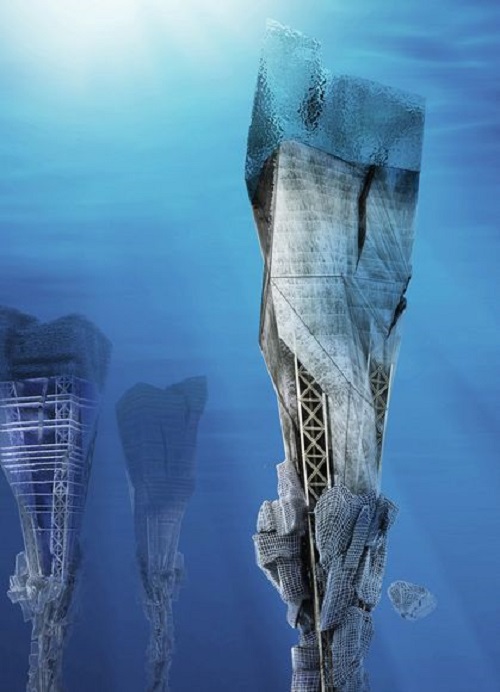 Lady Landfill Skyscrapers, constructed from the same plastic by imagination of architects from Serbia

Another solution to the problem of the Great Garbage Patch. Twisted Lady Landfill Skyscrapers, constructed from the same plastic by imagination of architects from Serbia. Garbage will be collected at the bottom of the towers and processed somewhere in its depths. In the surface part of the people can live. The number of floating plastic in the towers will be constantly changing. Excess plastic is converted into energy. 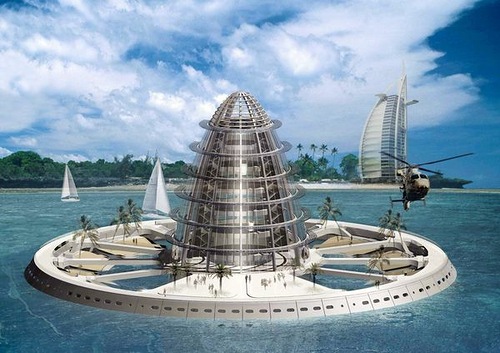 Above sea level are the only stabilizing floating ring and a transparent dome “Water-scraper”, and the rich will live in the underwater tower. Beaches and marina – at the top, and the hotel, dive center, restaurants – at the bottom.
According to the UN Department of Economic and Social Affairs, today in the cities half of humanity lives. By 2050, cities in India will grow to 497 million people, China – 341 million, Nigeria – 200 million U.S. – 103 million. 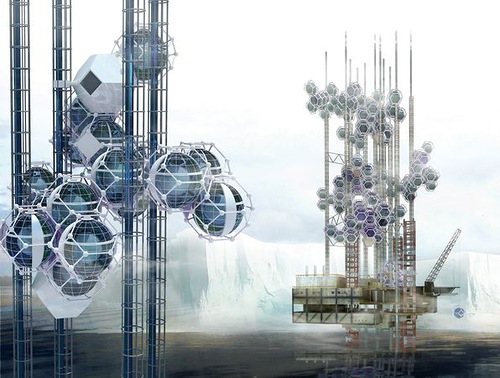 The concept of Water Circles

The Water Circles concept involves the conversion of old oil platforms in distillers. Water can be sent to the arid country, or used for food on the spot. 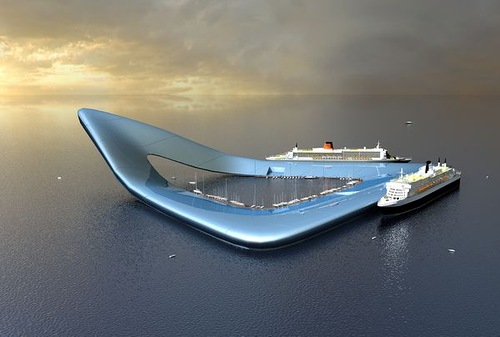 490 000 m ² – that’s how long it takes, this kind of terminal that can take three cruise ships simultaneously. The passengers rooms overlook the open ocean, shops and restaurants. 10% of the roof will be closed with photovoltaic cells, Dutch designers from Water-studio promise. Among other things, the creation of a floating city, near The Hague and projects for the Maldives, China and the UAE. 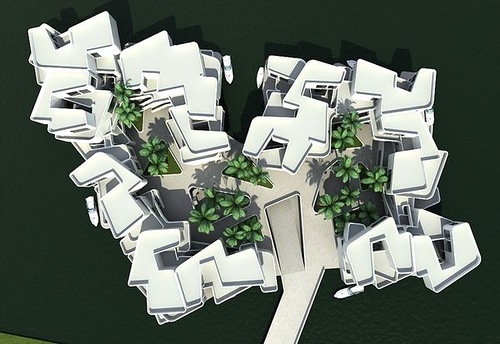 60-apartment complex in the Dutch city of Westland, near The Hague

Citadel, scheduled for completion in 2014. According to the architects of the Kun Oltheys Waterstudio.NL, 60-apartment complex in the Dutch city of Westland, near The Hague will be the first such construction in Europe. Designed to protect residents from flooding, in the Netherlands, more than 3500 of lowlands, filled with water during rain. These polders have drained by pumps. Houseboats are not uncommon there, but the “Citadel” is the first example of a dense residential development in the polder. Floating foundations of the building will be connected to the floating road to higher ground. The “Citadel” and its five neighbors planned to consume a quarter less energy than conventional buildings. 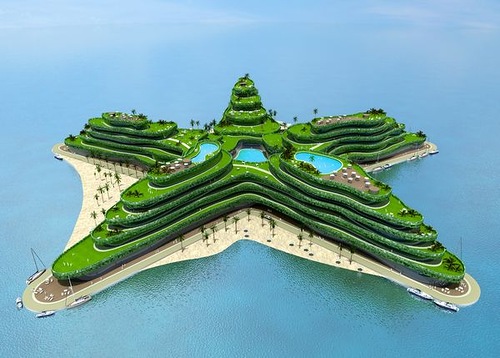 This is the low-lying country in the world, that is, in the case of sea level rise, it will wash away the first. At the conference can participate for up to two thousand people, and eight of them can be accommodated in comfortable rooms. Waterstudio.NL hopes that the site is suitable for the climate negotiations.