« The Great Buddha of Kamakura
Psychedelic posters by Victor Moscoso » 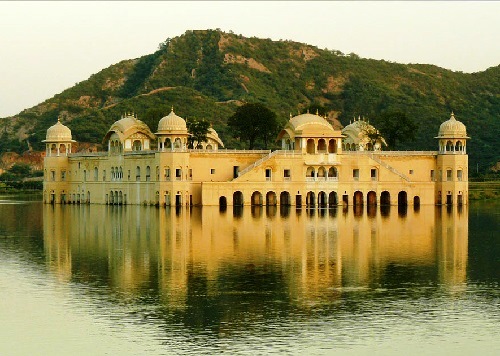 Water Palace in India
Jal Mahal, or “Water Palace” is an architectural beauty built in the Rajput and Mughal styles of architecture. In addition, the place itself provides a picturesque view of the lake Man Sagar and the surrounding Nahargarh hills. Meanwhile, Man Sagar Lake is in Jaipur city, the capital of the state of Rajasthan, India. The palace and the lake around it were renovated and enlarged in the 18th century by Maharaja Jai Singh II of Amber. The palace, built in red sandstone, is a five-storey building out of which four floors remain under water. Accordingly, when the lake is full the water covers the top floor. 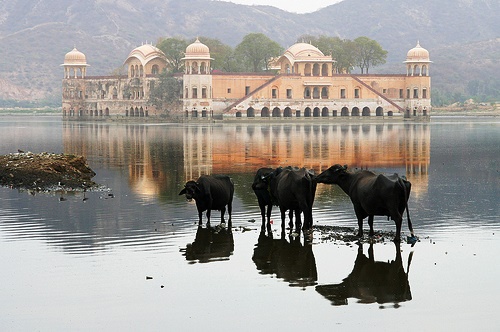 Sacred cows in front of the Palace

On the terrace of the palace, a garden was built with arched passages. At each corner of this palace semi-octagonal towers were built with an elegant cupola. The restoration works in the palace were done 15 years ago. But experts’ examination led to the re- restoration works with traditional materials for plastering. But the original garden, which existed on the terrace had been lost. Now, a new terrace is being created based on a similar roof garden existing on the Amer palace. The Lake restoration project of the Man Sagar Lake area has an estimated investment of Rs1.5 billion, considered as one of the largest and unique such projects in India.

Across the lake, you can view the Aravalli hills, dotted with temples and ancient forts, and on the other side, bustling Jaipur. The lake was natural habitat for more than 150 species of local and migratory birds that included Large Flamingo, Great Crested Grebe, Pintail, Pochards, Kestrel, Coot, Redshank, Marsh Sandpiper, Ruff, Herring Gull, Red-breasted Flycatcher, Grey Wagtail. 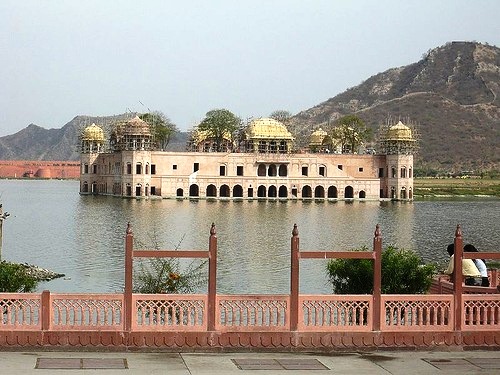 Stunning view of the Palace 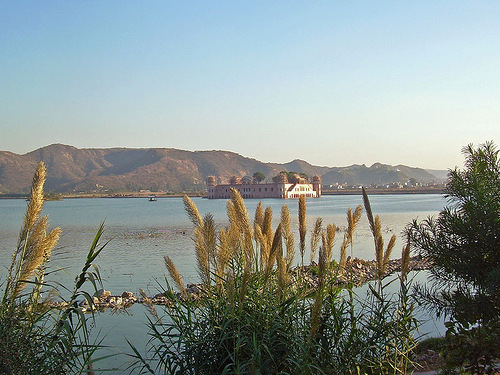 Plants in the lake surrounding the Palace 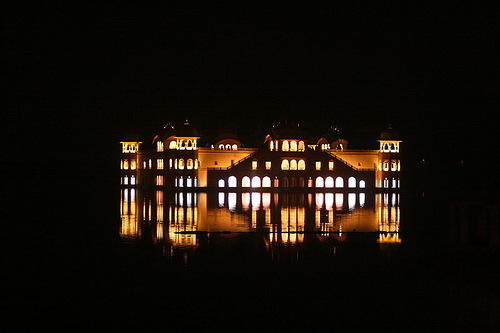 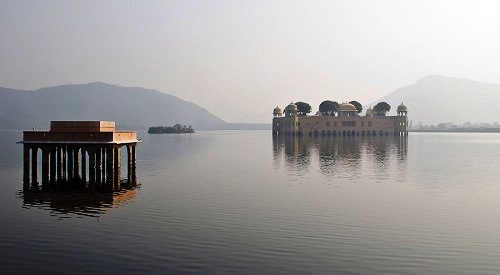 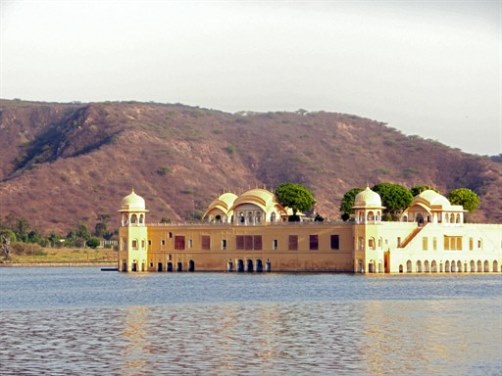 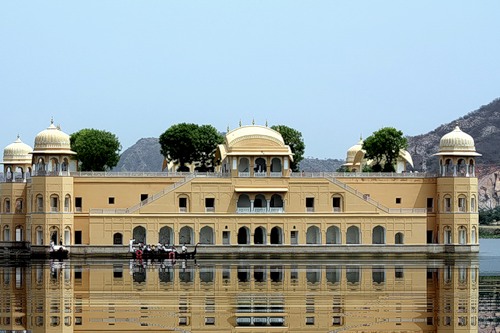 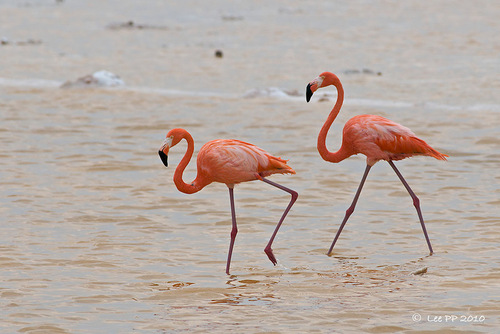 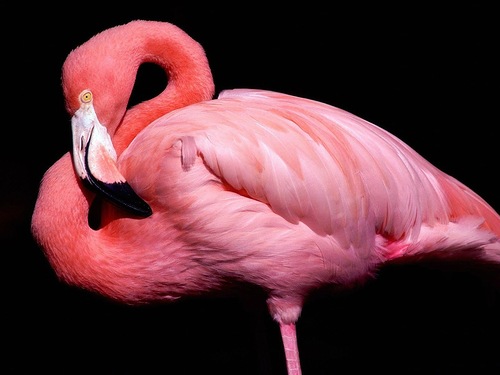