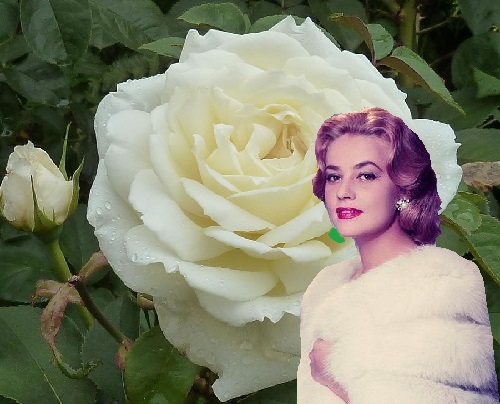 There are women whose beauty inspires gardeners and florists to give their names to most beautiful flowers. This white rose is named after the French actress Jeanne Moreau. A star, a woman, and a national figure, Jeanne Moreau exemplifies the ideal of the French film actress in the post–New Wave era. Though overshadowed in mass media by such stars as Brigitte Bardot and Catherine Deneuve, in the French film industry, she embodied French femininity for a generation of film lovers. Moreau took a substantial risk in choosing to work with young, relatively unknown directors in the late 1950s and the 1960s. Throughout her career, she made choices that reflected her sense of cinema as an art and, as a result, she is universally respected for her professionalism and commitment. One film with her participation in the main role impressed me greatly. For American audience it is known as “Elevator to the Gallows”, and for the British viewers it is “Lift to the Scaffold”. 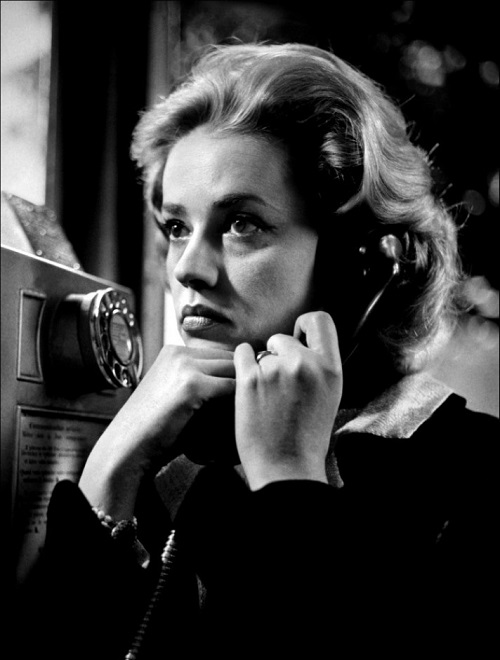 French actress Jeanne Moreau in ‘Lift to the Scaffold’ 1957 film

Directed by Louis Malle “Lift to the Scaffold” (1957) is an adaptation of the eponymous novel by Noel Kalef. The plot is quite banal. A woman persuades her lover to kill her husband. But then events developed in such a way that it is difficult to tell who is killed and who killed. 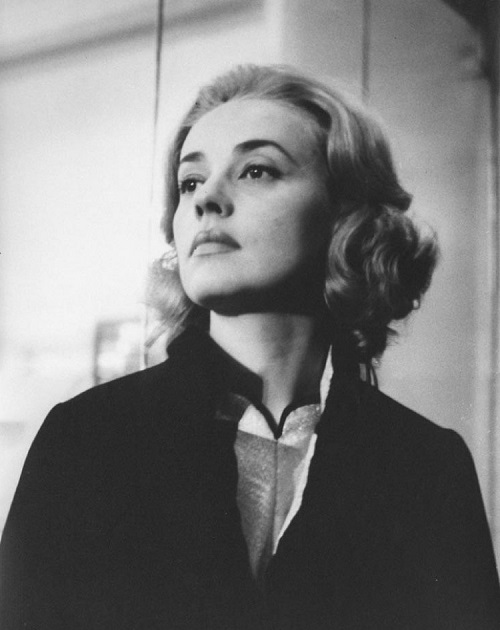 French actress Jeanne Moreau in ‘Lift to the Scaffold’ 1957 film

At the same time three stories are being told, three views on the situation. First – from Julien, who stuck in the elevator, trying to collect evidence from the crime scene. Second – Florence, who did not meet Julien in a cafe and was looking for him in the night Paris. And the third – the two young men Louis and Veronique, who decided to steal Julien’s car. 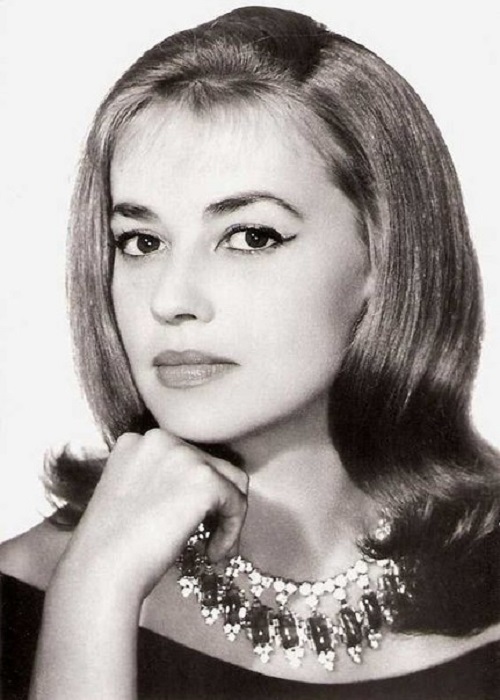 1957 French film “Ascenseur pour l’e´chafaud” is certainly worthy of your attention. Its atmosphere, the work of camera, music are unforgettable: beautiful close-up views of Paris, abandoned woman on the background of showcases of boutiques, and music by Miles Davis very accurately reflected the mood. Jazz critic Phil Johnson as, “The loneliest trumpet sound you will ever hear, and the model for sad-core music ever since. Hear it and weep.” Acting is very expressive and talented. Every movement the actor is filled with feelings and emotions. Jeanne Moreau coped with her role brilliantly, I believed her voiceover monologue and her thoughts.

Flowers named after most beautiful women: 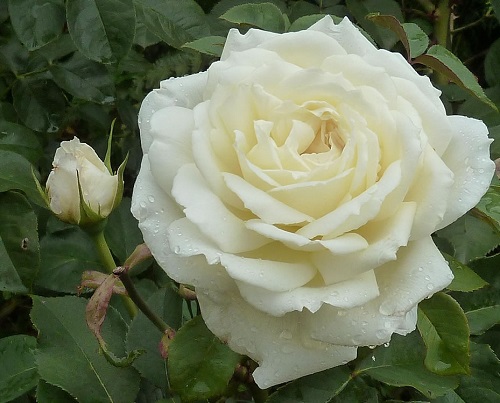 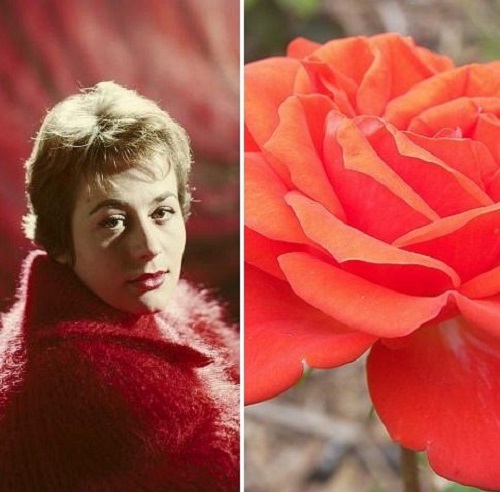 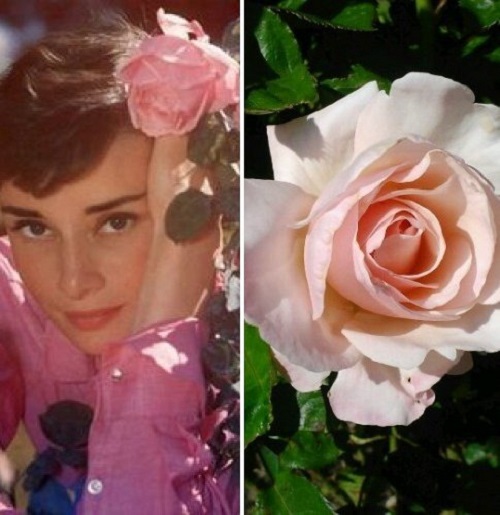 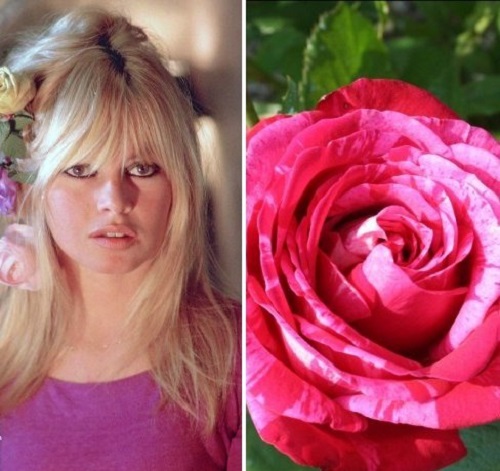 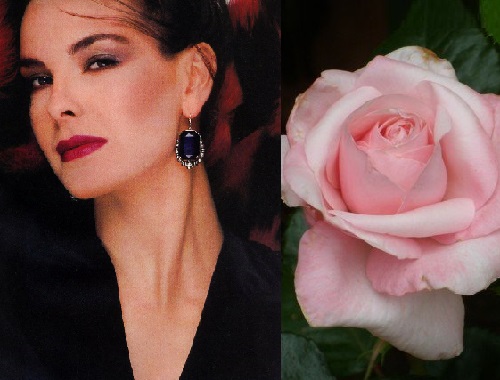 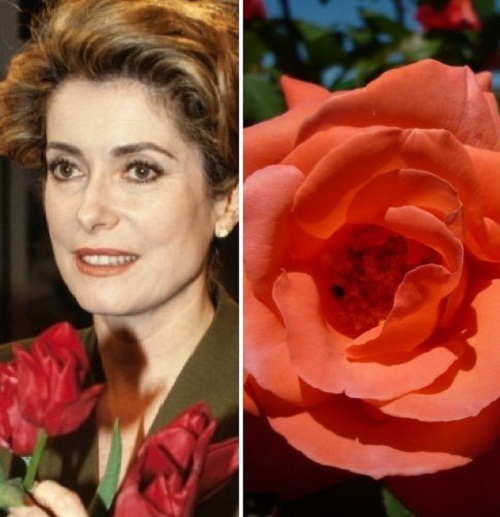 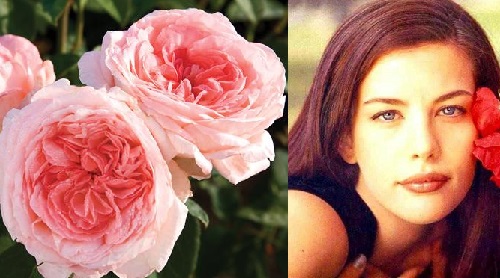 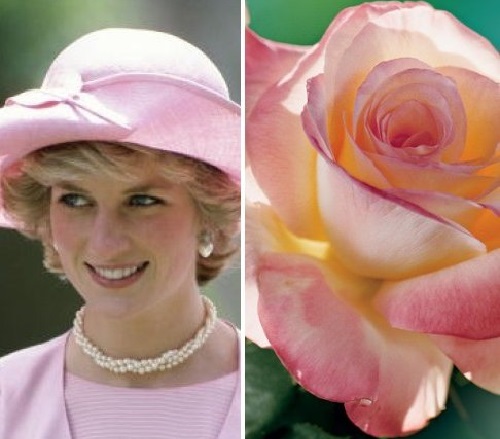 Diana, the Princess of Wales and the rose named after her 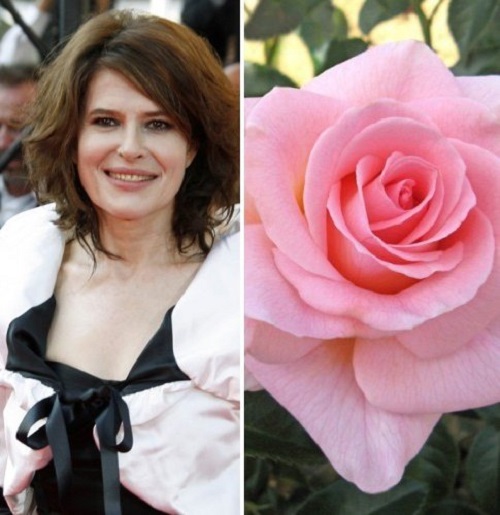 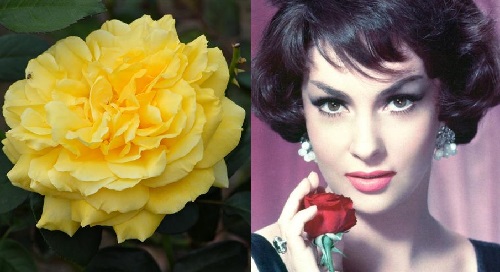 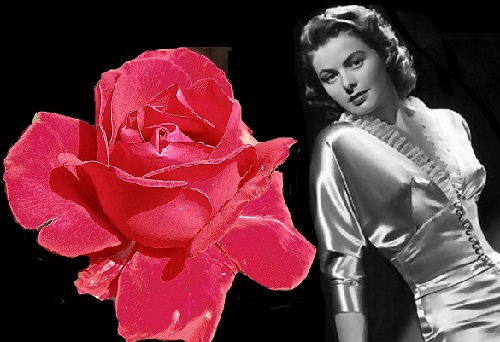 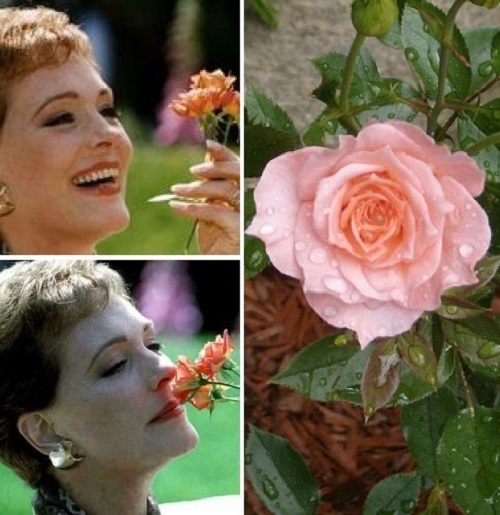 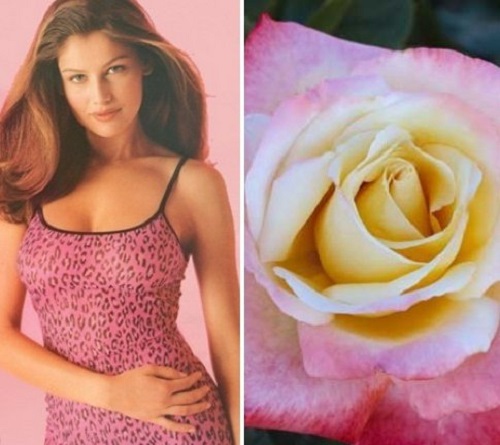 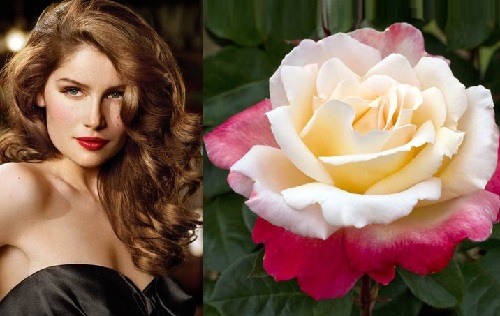 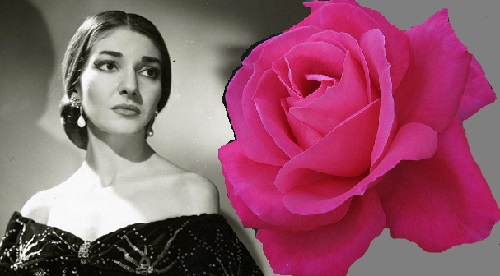 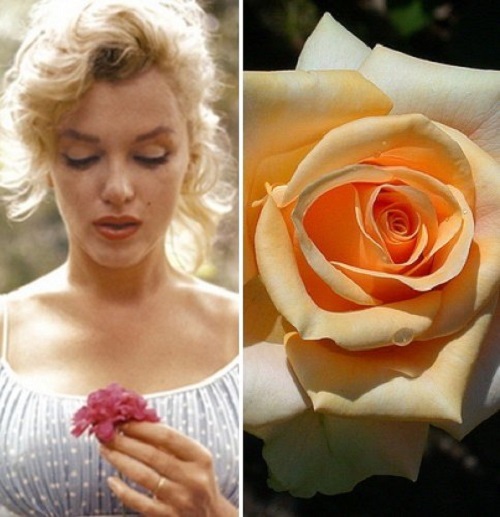 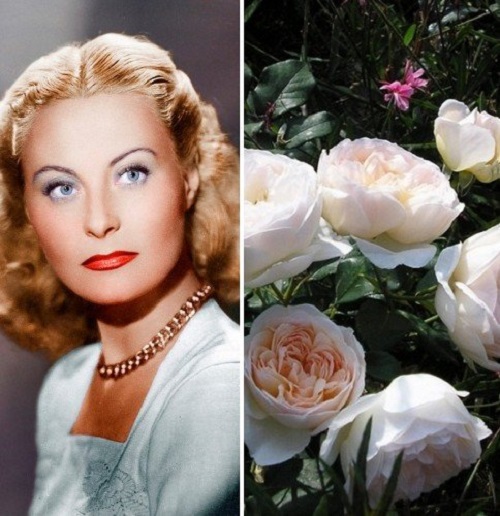 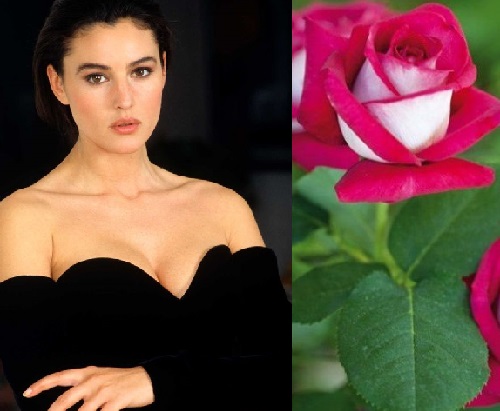 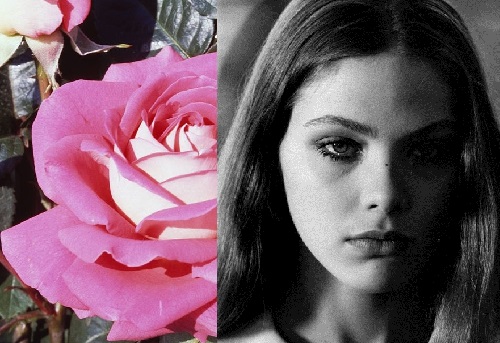 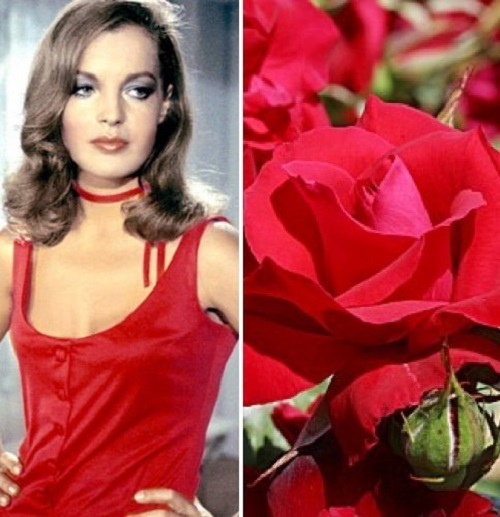 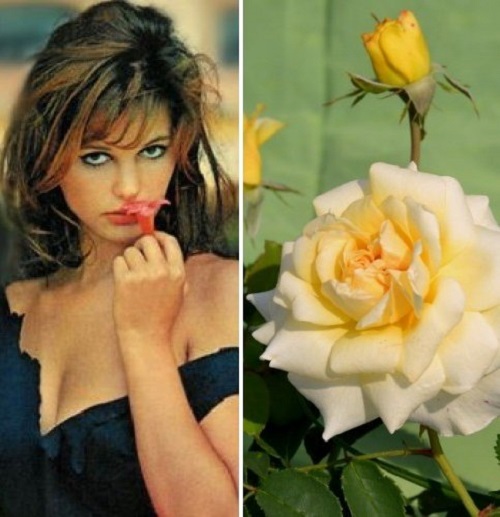 Rose Claudia Cardinale, named after one of the most beautiful European actresses 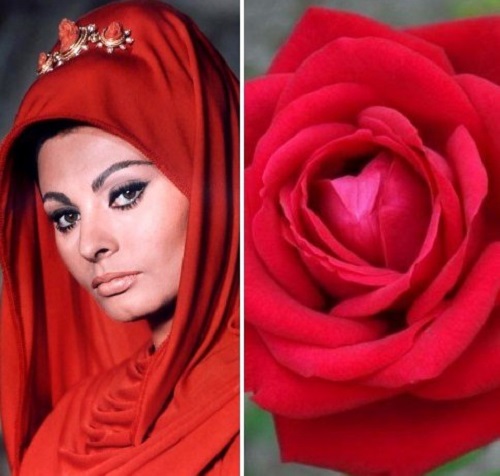 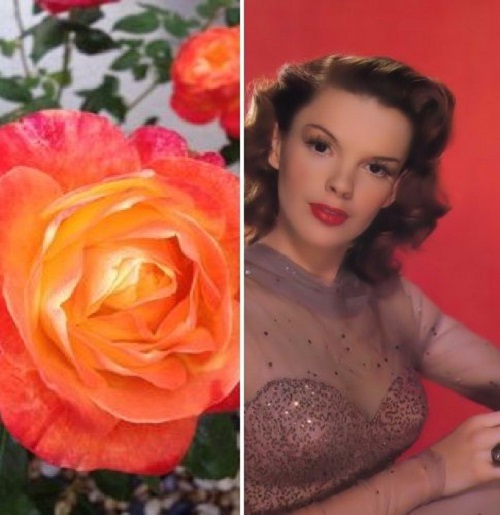 This rose was named after vintahe Hollywood actress Judy Garland 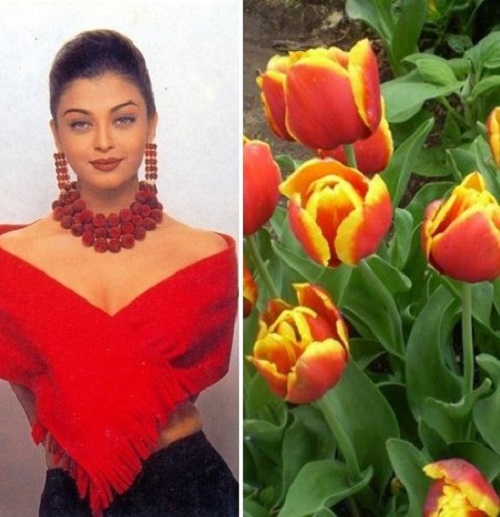 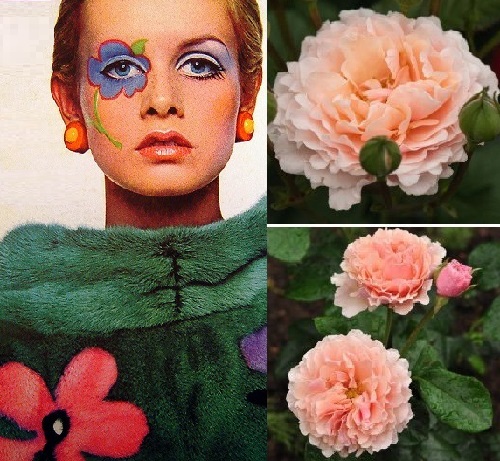