As a star, a woman, and a national figure, Jeanne Moreau exemplified the ideal of the French film actress in the post–New Wave era. According to film critic Ginetta Vincando, “while Brigitte Bardot symbolized sensuality, and Catherine Deneuve – elegance, Jeanne Moreau embodied in the movie the ideal of intellectual femininity.” And Orson Welles called her the best actress of our time.
In fact, Moreau asked the audience and critics a riddle. Awarded, honored, and loved, Uncrowned “Queen Moreau” – la reine Moreau, “great Moro” – la grande Moreau, she rose to the heights of popularity. But the secret mystery of Moreau stubbornly escapes from the daring to comprehend it. The roles she played are full-blooded characters given a wealth of feelings, a sharp thought, and whimsical surprises of female psychology. Like all living things, they are obstinate to rational analysis. These roles outlined by a sharp, sometimes paradoxical drawing. In them there is no vagueness and uncertainty. At the name of Moreau, often appears an image of the most mysterious heroine of the screen – Greta Garbo. 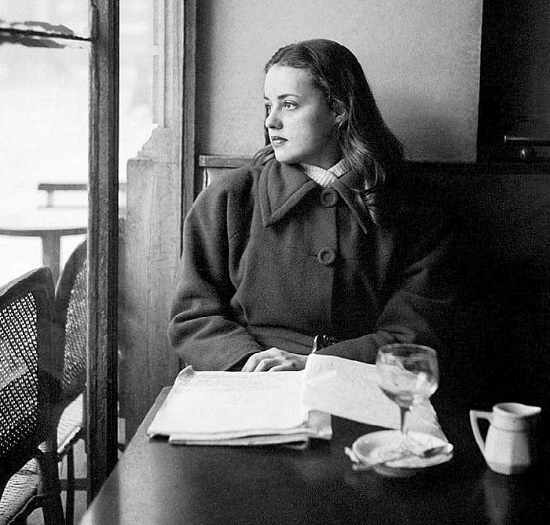 Well, the comparison, not without reason. Both the Swedish actress and her French successor play women who live in a special life, separate from the environment. Between them is the difference that the beautiful, inaccessible Garbo guarded her loneliness from an alien invasion, and Moreau, burdened by loneliness, tormented by it, and is afraid of it. A mysterious woman, Jeanne Moreau is eager to reveal her secret. In life, she willingly tells about herself. Her interview, fascinating, unusual reading, shows an uncommon mind, original judgments, rich vital and artistic observations. When asked about life, Moreau suddenly responds: “I’m forty-one years old. And only on the fortieth year of life, I felt a kind of emotional balance. ” 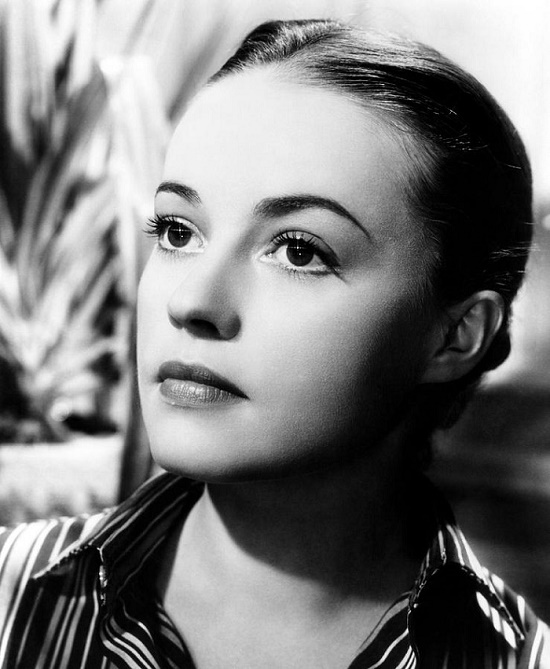 Meanwhile, the external circumstances of her biography confirm dissatisfaction, and restless search for herself. The daughter of a middle-class bourgeois, she grieved her parents, saying that she would become an actress. They admonished, and they tried to protest. “No,” said young Moro, “I’ll be an actress.”

From the conservatory, her path lay to the French comedy. In the first season she already played Vera in Turgenev’s “Month in the Country”, and L’Infante – daughter of the king in “Le Cid.” Only a few years have passed – and suddenly the promising young heroine of the first scene leaves the troupe for Le Théâtre national populaire, TNP. “To play with Gérard Philip,” she explains briefly. Jeanne Moreau loves or respects many of her colleagues. And most of all she honors two – the great realist of American cinema Bette Davis and the great romantic of the French screen Gerard Filip. From Bette Davis she learned the uncompromising truth of existence in the image, sharp psychological moves, the art of free and organic reincarnations. From the cooperation with Gerard Filip remained attachment to active, effective characters and an absolute sense of style. 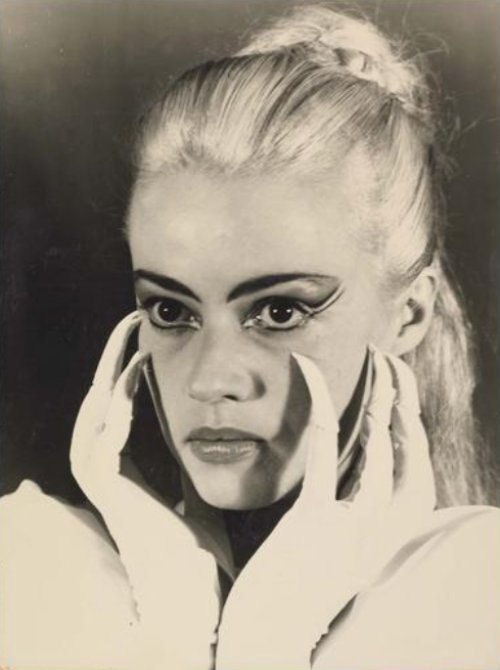 She left TNP, as soon as Gérard Philip interrupted his work at the Vilar Theater. As a result, she replaced strict clothing of the tragic heroine by a bright comedy outfit: she played triumphantly in the Pygmalion. Theatrical promotion of Moreau echoes the attention of filmmakers to her. She has a low opinion of everything that she played in the cinema before 1958: “I just earned money, not too much, but systematically; my needs were not too high. ” 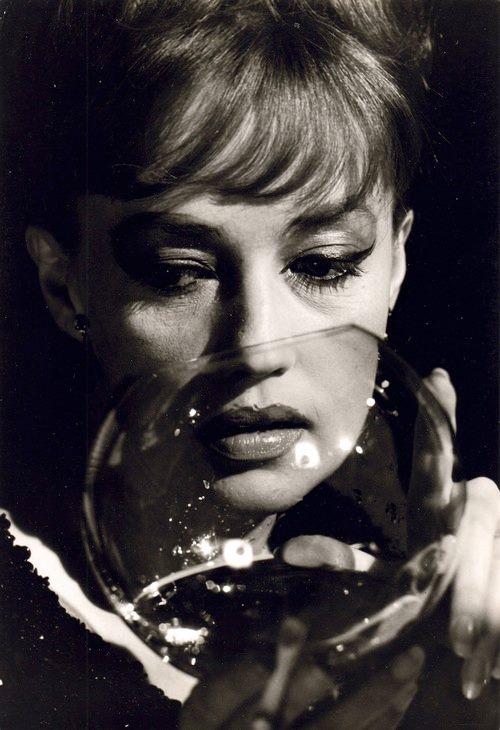 In what roles did the actress appear at that time? Round-eyed, cheeky, she played devotees of simpletons or simpletones-wicked. We saw her in the 1955 movie “People in White” as a faithful friend of the hero – a rural doctor. In the charming “Juliette” (1953), she was the capricious fiancée of Jean Marais, who tirelessly arranged for him a scene of jealousy. She has appeared in gangster movies and home drama, occupied in risky alcove episodes and genre scenes. Jeanne Moreau tried. She was able to do many things and her skills were constantly improving. But the fate of the women she played did not worry the actress. 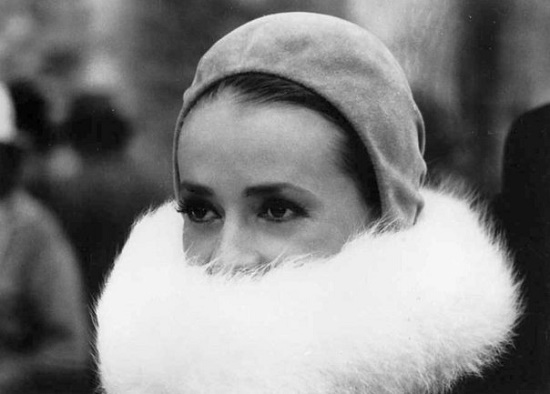 Between the roles she played in the sixties and those that were made before, the distance is huge. Even in the exterior of the twenty-five-year-old Moreau, it is difficult to discern the features of her mature portrait. Since then, apparently, little has changed. But the inner light was kindled, and the features acquired significance. Transformation completed the consciousness of dignity, which came to the actress with success. 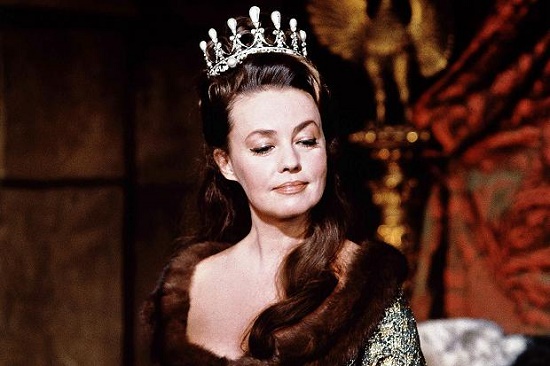 She looked like a substitute in the role of Queen Margot in 1956. In 1963, in the role of a maid, she seemed to be traveling incognito as a crowned person. She played tens of roles and won many prizes. Her name is a powerful trump card for advertisement. Although her portraits decorate the covers of illustrated weeklies, she categorically does not consider herself a “star”. “I’m an actress. I can not ask my husband: “Darling, buy me War and Peace, because I just want to play Natasha Rostova.” “Star” can perform in the worst film and still remains a “star”. I can not”.
Distinguished by the dignity and the discipline of the artist, she is more than a star. Writer Marguerite Dura, closely observing the actress in life and in work, compares her impeccable discipline with the accuracy of the worker, passing exactly at eight the checkpoint of the Renault factory. 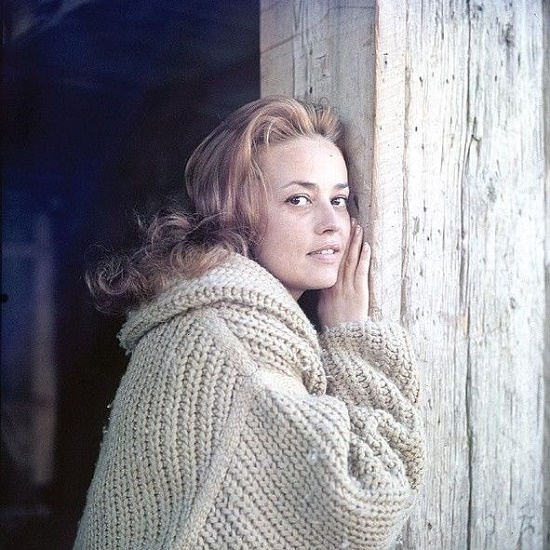 With the same punctuality, after returning home after an eight-hour shooting, she learns the text for tomorrow and as surely at 10.3 she goes to bed. Strict accuracy, rejection of everything that does not apply to work, is by no means the result of severe education and not a feature of character. This is an elementary professionalism, as Jeanne Moreau understands it. With constant tension of will, eternal training, she protects her acting material from destruction. Behind her there are nor scandals, neither extravagant adventures. She can not afford to do it herself, because it would distract her from the business she serves. Talking about her attitude to work, Jeanne Moreau seems to admit her inferiority. 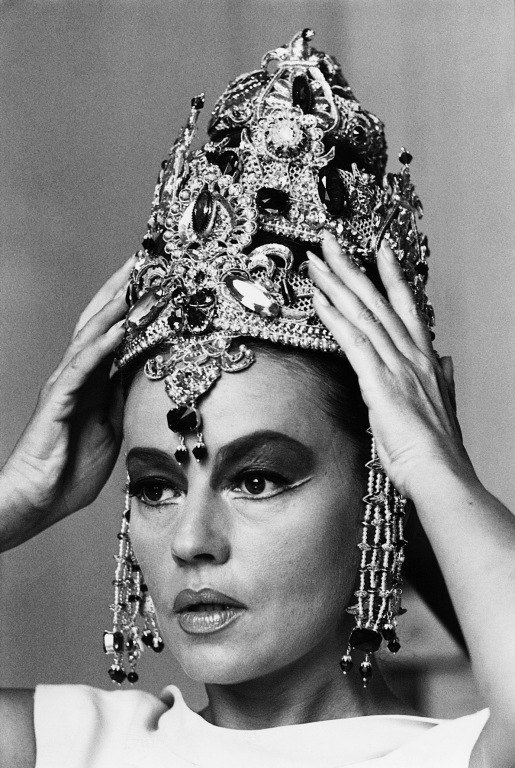 in the role of Mata Hari

With sad humor she recalls about the filming of the “Viva, Maria!”, in which she had to participate together with Brigitte Bardot. Madcap Bardot firmly decided to beat Moreau. She needed immediate testimony of victory, and demanded admiration. In the end, the whole group for the sake of a capricious “star” declared an actress an involuntary boycott. To please BB, Mull pretended that he was interested only in her. According to Jeanne Moreau, no matter how strict an actress is to herself, she is devoid of the shadow of asceticism. For her, creativity is not a fanatical sacrifice, but life is a comfortable, happy form. 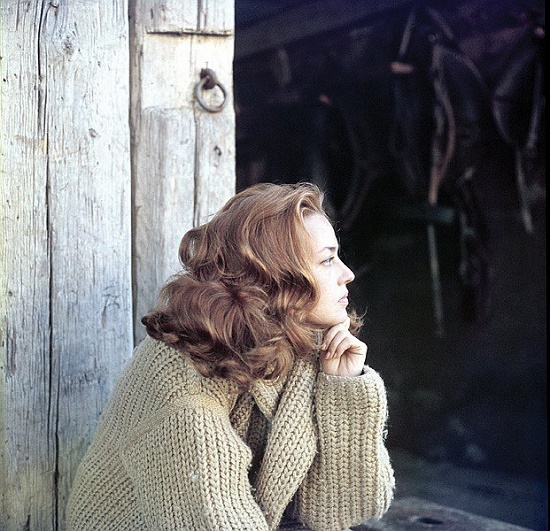 On the standard journalistic question, who would you be if the theater and cinema ceased to exist, she says: “I refuse to believe that mankind can bring itself to such a degree of spiritual devastation.” Jeanne Moreau values ​​the ability to find contact with her audience. Also, she is not afraid of being unattractive, or even simply repulsive. It is important to make the viewer understand the heroine, and only then condemn her. 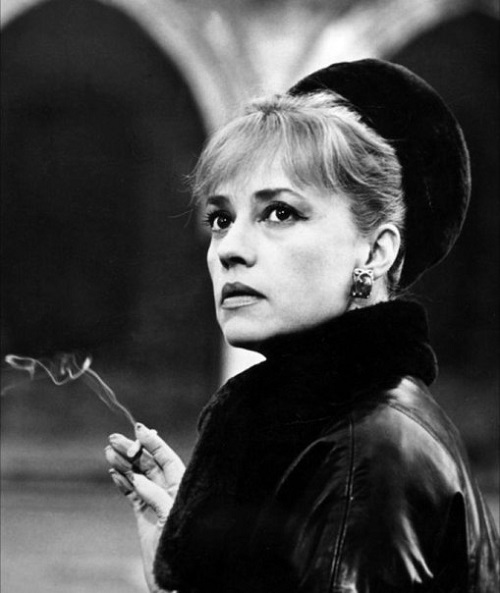 A star, a woman, and a national figure, Jeanne Moreau

Jeanne Moreau could be anything: if necessary – stupid or enlightened, stagnant and dull, and then impetuous and spiritual. Interested in different characters, she does not like to change her appearance. By what means did she achieve metamorphoses? Acting skills? A fantasy fed by a living observation of life? A special gift of imitation? – Probably, there is no unambiguous answer to this question.

In addition to the legends, there is a sum of information – points of the personal file of the actress. She has an adult son, but with her husband she got divorced long ago. Her friends included Orson Welles, Jean Genet, Francois Truffaut, and the famous fashion designer Pierre Cardin. She danced well. And sang even better. She’s a cook. But rarely allows herself to use the result of her cook experiments, trying to keep her 49 kilograms. Glory brought her wealth. Her Provencal estate consisted of a house of ancient masonry and huge lands – vineyards, peach gardens, a forest through which runs a brisk river. Every year, in autumn, shepherds drove their herd through her lands to the mountains. She bowed to the shepherds according to the rural custom, and then watched them leaving for a long time. When she thought that those people would spend half a year in perfect solitude, she pitied them, and she envied them … 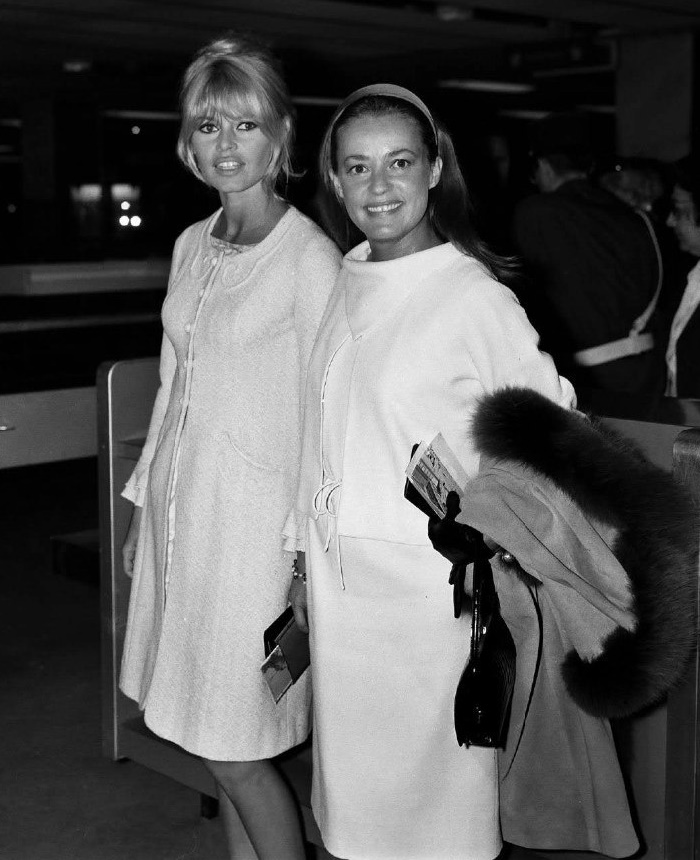 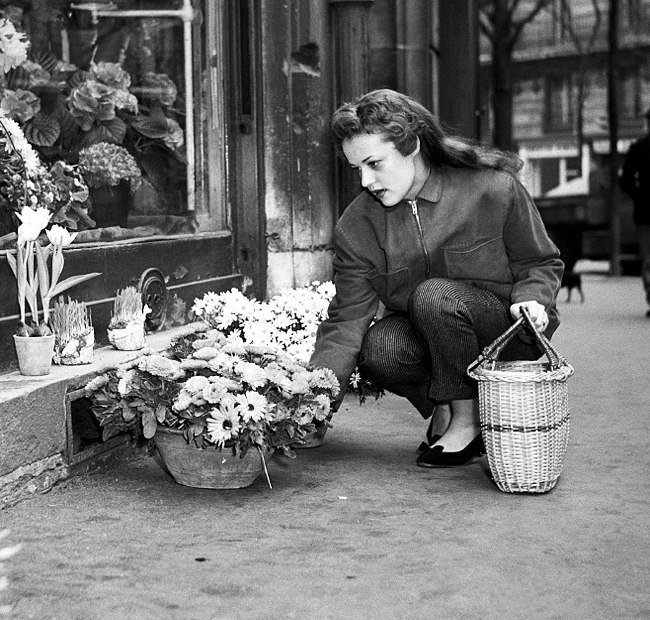 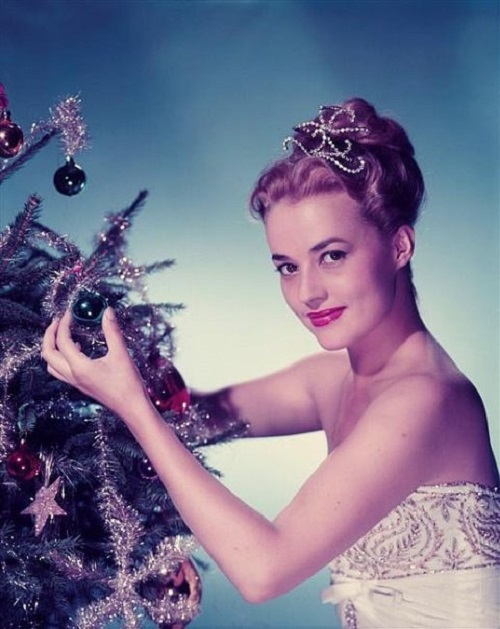 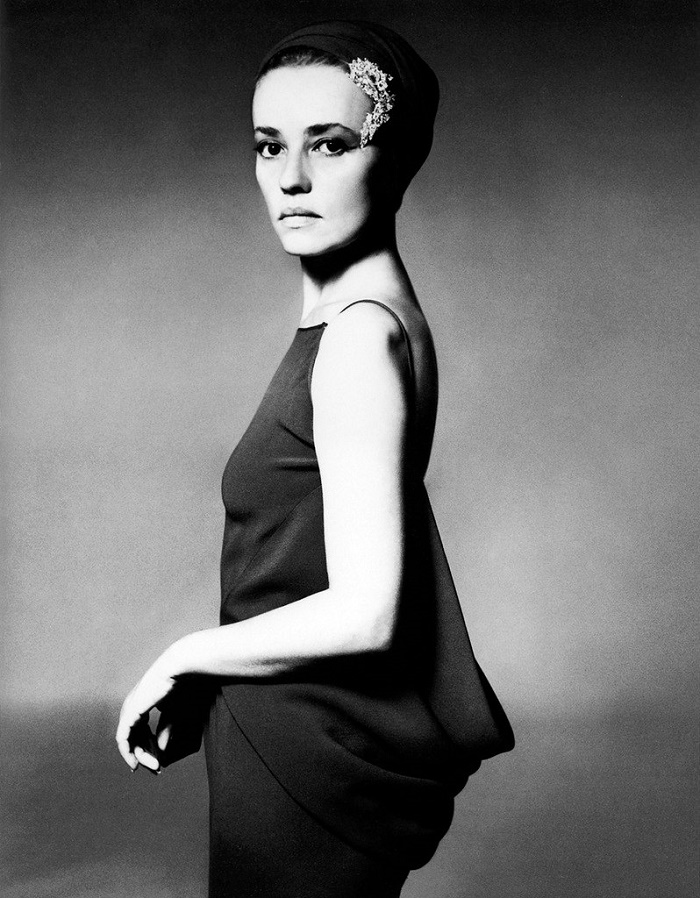 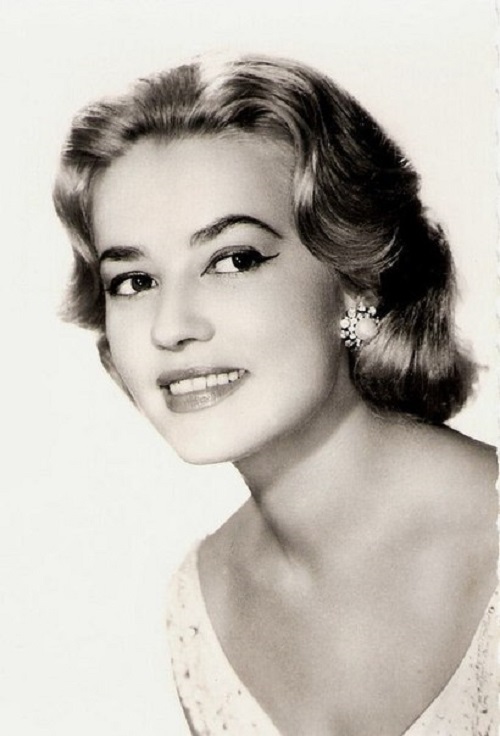 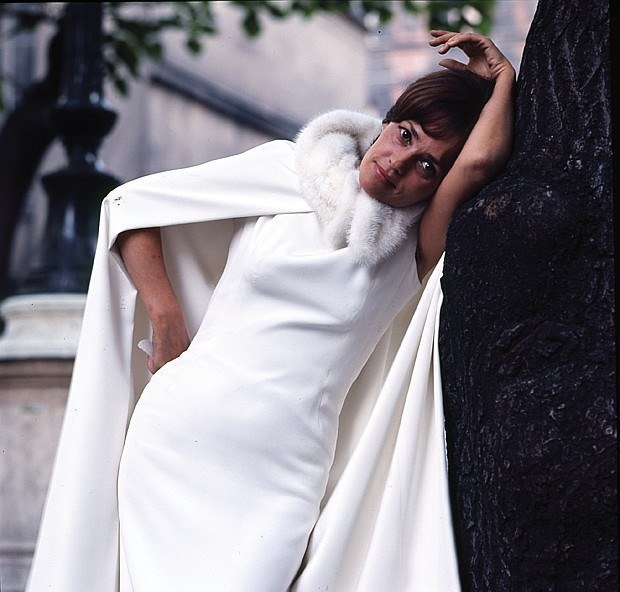 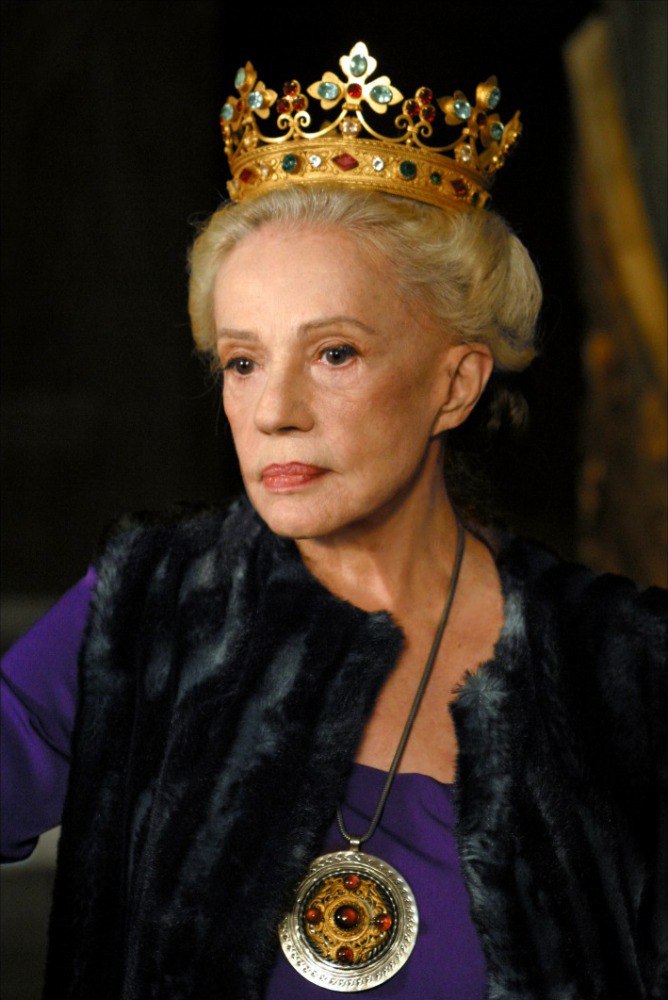 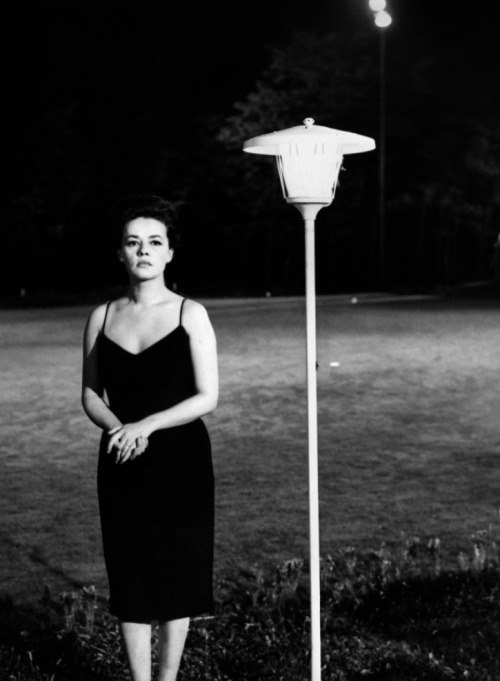 Scene from the movie, Jeanne Moreau 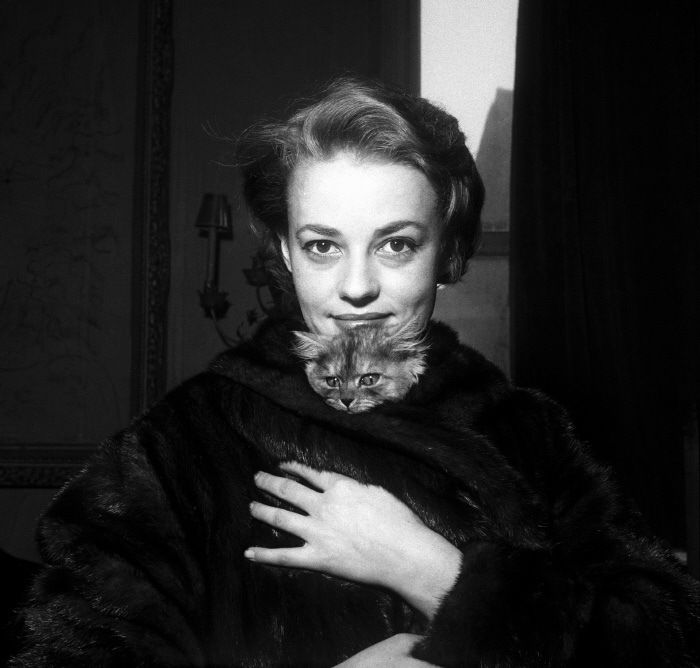 With a kitten, Jeanne Moreau 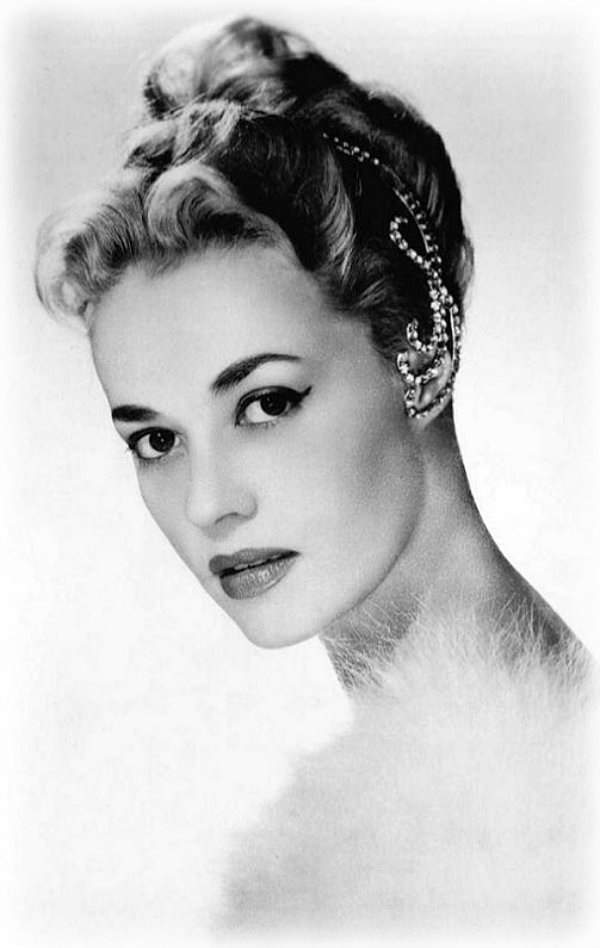 Based on the article in the magazine “Actors of foreign cinema” 5-1970
images: kino-teatr.ru