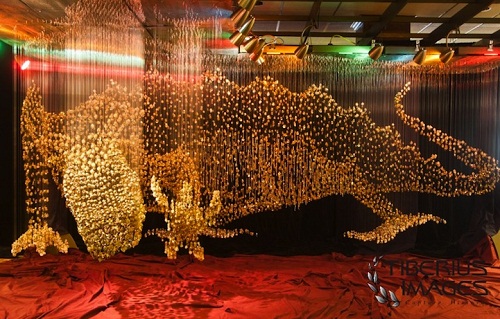 Golden dragon of buttons by Robin Protz
Kinetic sculpture of Nelligan the Dragon is an incredible installation of 40,000 buttons by American artist Robin Protz. She named it in memory of Maureen Nelligan, a school mate who died of leukemia at age 16. Holographic Sculpture of Nelligan the Dragon, floating in the air at hundreds of the finest threads is representing the primal forces of nature, religion and the universe. 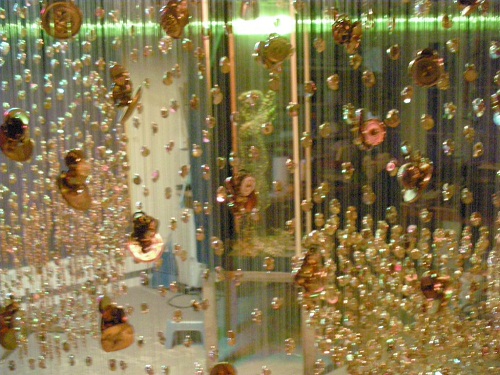 I would like to think that I am not the typical American artist. I have no classical education in art other than the years I spent in the high end sales of the women’s fashion industry in Europe. My love has always been mobile art. Space and movement = life. Upon my return to the U.S., I began building my kinetic art portfolio. Serendipity is the discovery of things which we are not in quest of. My mobiles were of linear nature, my first serendipitous experience. My second intuitive realization brought the concept of creating three dimensional sculptures, consisting of thousands of minute pieces, from a suspended grid. This discovery has taken over my life. 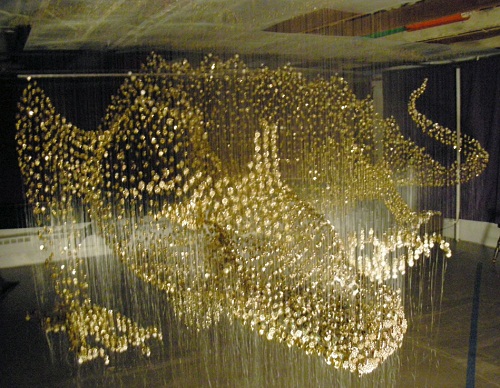 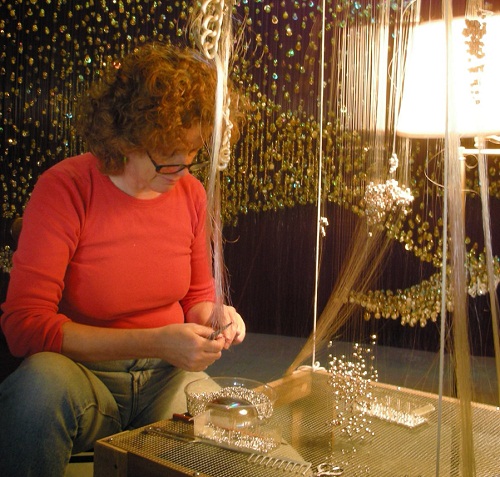 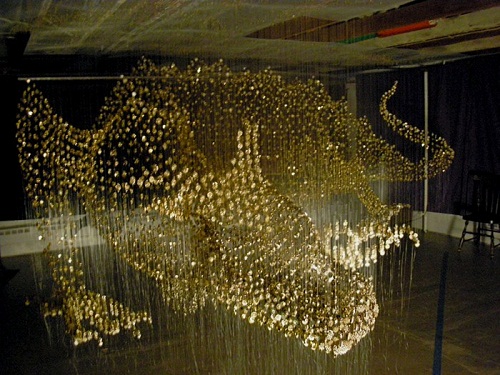 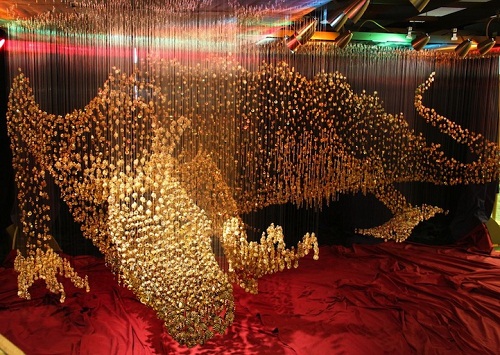 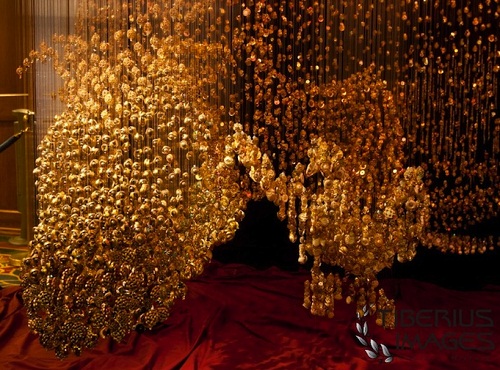 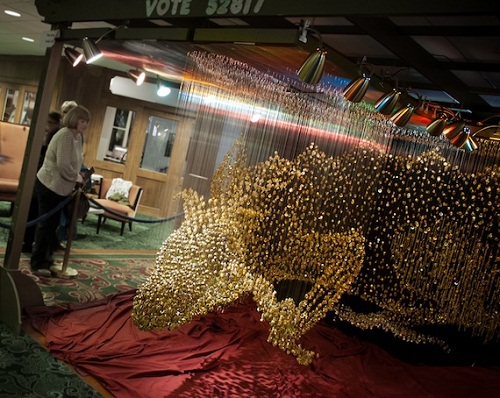 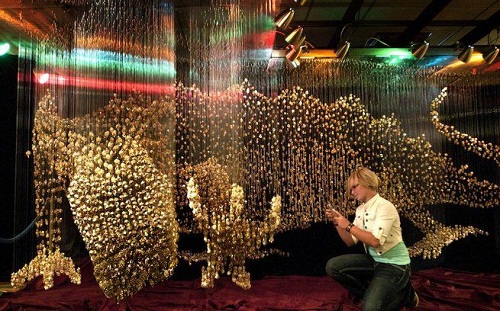 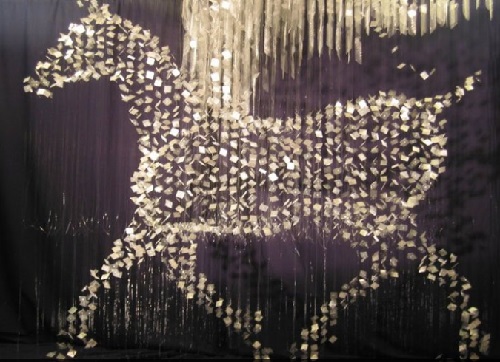 Jeffrey the Pegasus – 3200 pieces of aluminum, suspended on almost 1000 lines. Illuminates and flickers under the influence of lights and air currants leaving the spectator mesmerized 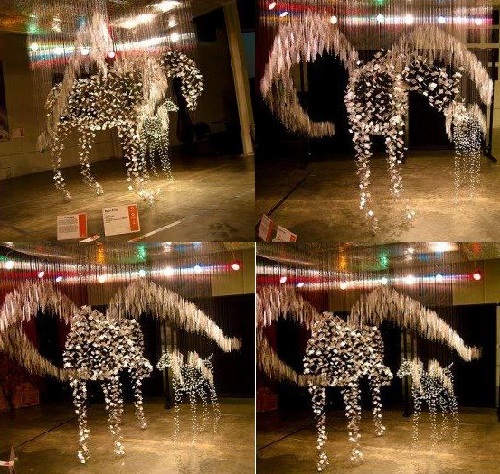 Birth of a Dream. A mother Pegasus with wings spread, protecting her newborn, Hope. Constructed of thousands of pieces of silver material, suspended on many white light reflecting lines 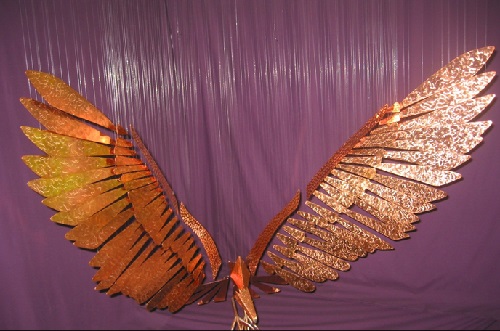 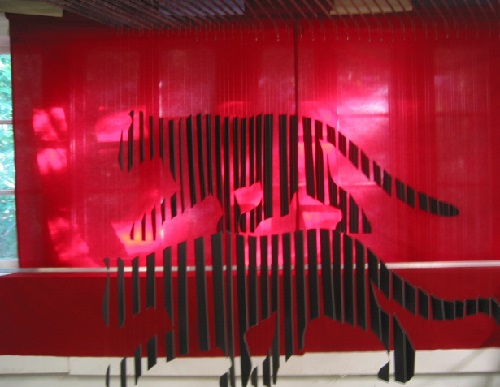 The Panthers constructed with an array of light weight metals. Through their kinetics, each panther expands and contracts independently, turning one sculpture into two masterpieces