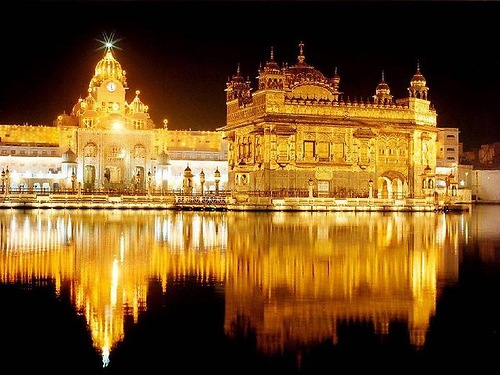 Beautiful Golden Temple of India
The Harmandir Sahib, also known as the Sikh gurdwara – golden Temple located in Punjab, India. According to historians, Guru Arjan Dev completed the Adi Granth in 1604, and installed it in the gurdwara. However, during the XVIII century, the temple became the site of frequent fighting between the Sikhs and Afghan forces on the other side. As a result, people damaged the gurdwara.
Meanwhile, the present day Golden Temple, rebuilt in 1764 looks amazing – decorated with gold plating and marble to the gurdwara. In addition, restorers decorated the interior with fresco work and gemstones. 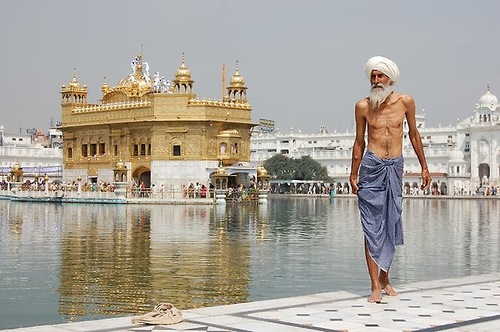 Much of the present decorative gilding and marble work dates from the early 19th century. All the gold and exquisite marble works were conducted under the patronage of Hukam Singh Chimni and Emperor Ranjit Singh, Maharaja of the Sikh Empire of the Punjab. The Darshani Deorhi Arch stands at the beginning of the causeway to the Harmandir Sahib; it is 62 metres (203 ft) high and 6 metres (20 ft) in width. The gold plating on the Harmandir Sahib was begun by Ranjit Singh and was finished in 1830. Maharaja Ranjit Singh was a major donor of wealth and materials for the shrine and is remembered with much affection by the Punjabi people in general and the Sikh community in particular.

In the Golden Temple in Amritsar stored Guru Granth Sahib, the holy book – a collection of religious poems and hymns started by ten sikh guru and Muslim and Hindu priests. Hymns sung in the temple throughout the day, filling the halls of the palace with charming sounds of flutes, violins and drums. 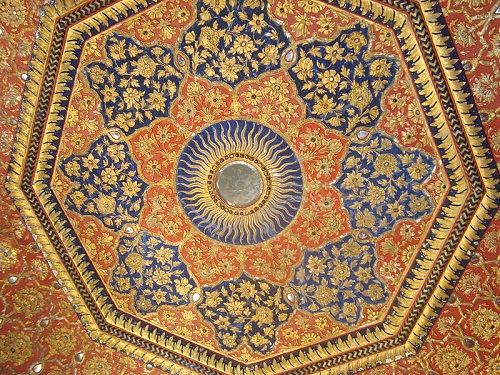 The ceiling made with gold and precious stones 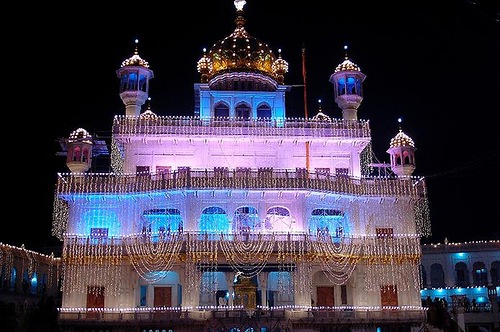 Night view of The Harmandir Sahib 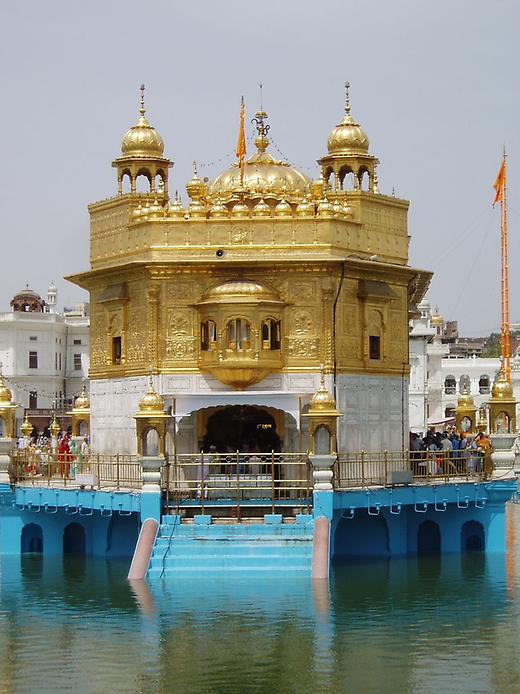 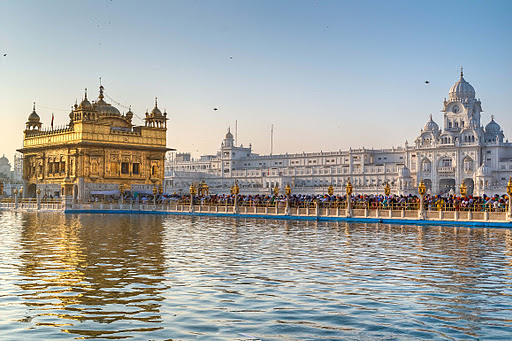 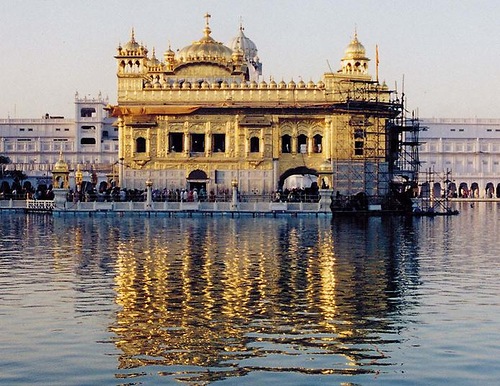 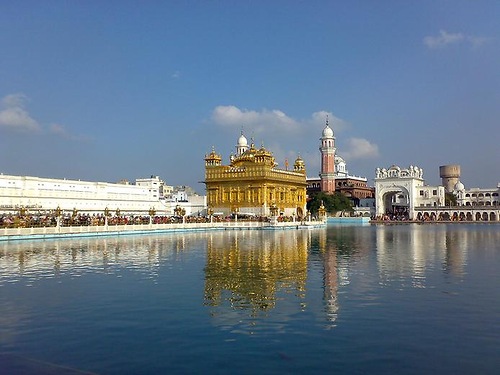 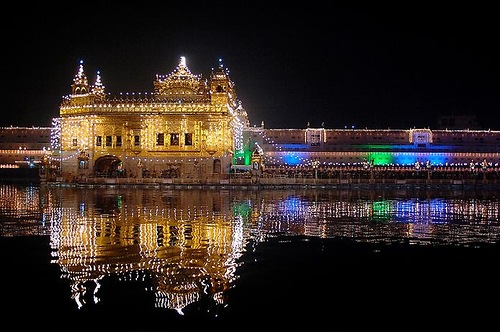 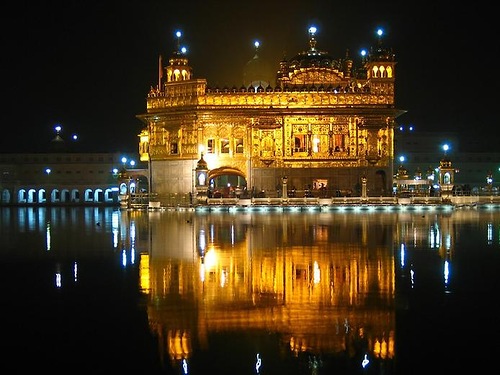 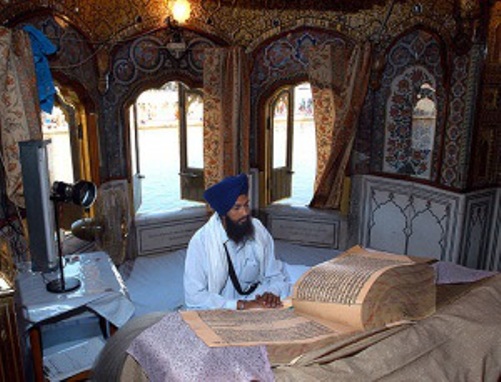 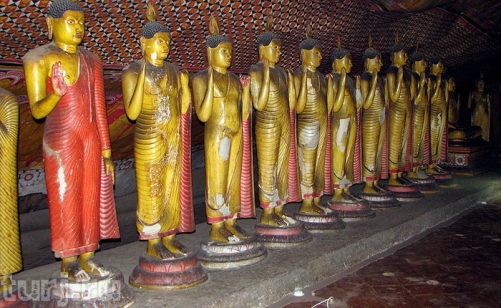 Statues in the The Golden Temple 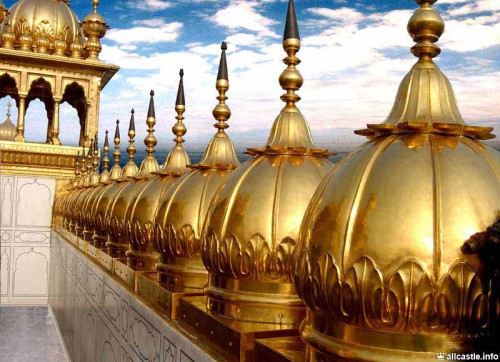 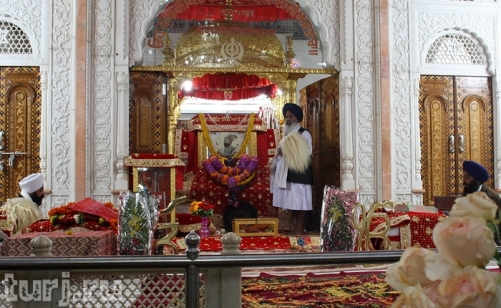 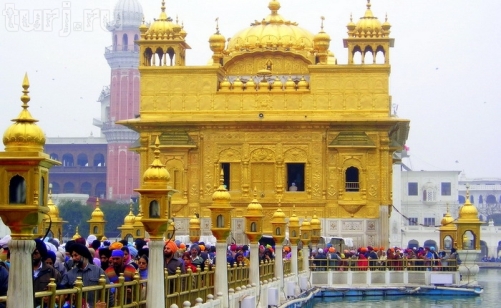 The way to the Temple 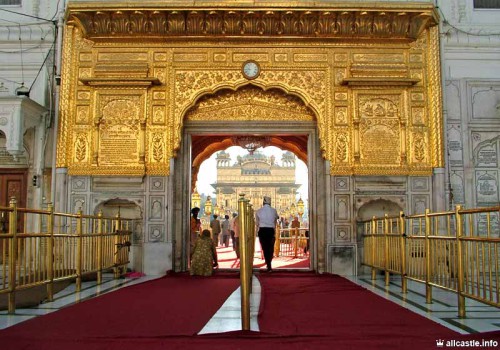 Entrance to The Golden Temple 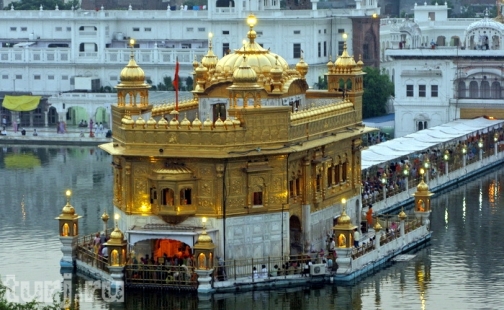 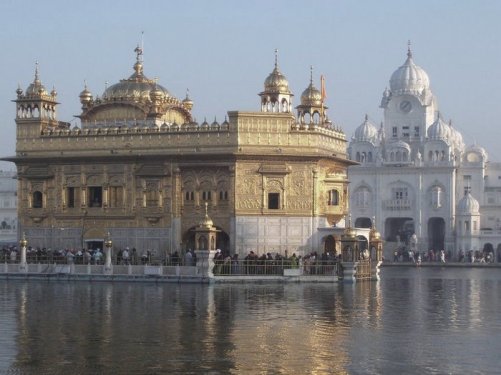 Architecture of The Temple 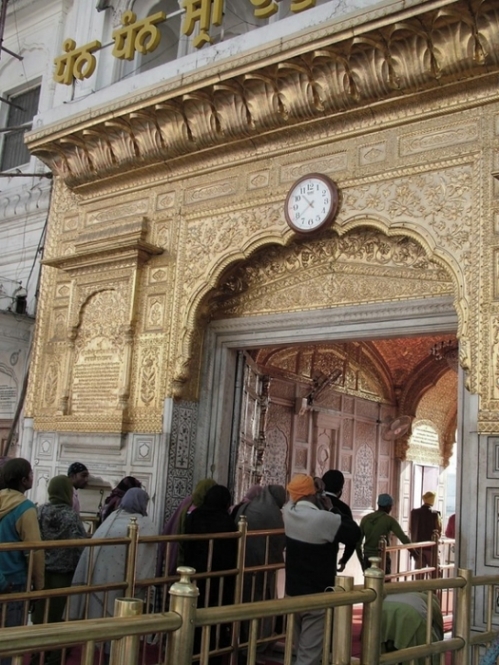