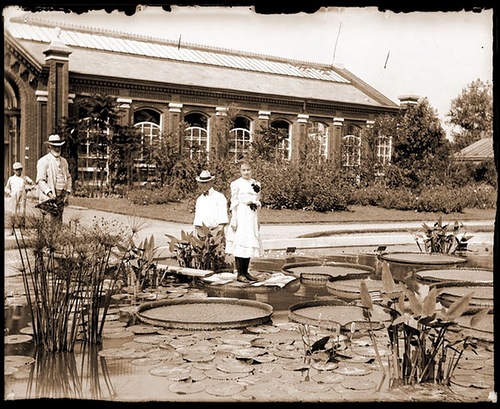 In the botanical garden of St. Petersburg, Russia, Victoria Amazonian has been grown since 1864. Guinness Book flower water lily Victoria

Guinness Book flower water lily Victoria
First of all, Victoria amazonica, or the giant Amazon water lily, known also as Victoria Regia is the largest water lily in the world. Its leaf diameter can be up to 2 meters, and it can weigh to several tens of kg. And of course, with these achievements, Victoria Regia entered the Guinness Book of Records as “the largest flowering plant on earth.” Its modern name Nymphaea the flower received in XIX century, when it was discovered. In 1836, a German traveler, Robert Hermann Schomburgk, in the service of the United Kingdom, examined the forests of South America. It was he who discovered the mysterious plant, and named it in honor of young Queen Victoria. Interestingly, its flower is under water and on the surface appears only once a year – during flowering, which lasts for 2-3 days. At this time, large flower lily appears in all its glory. 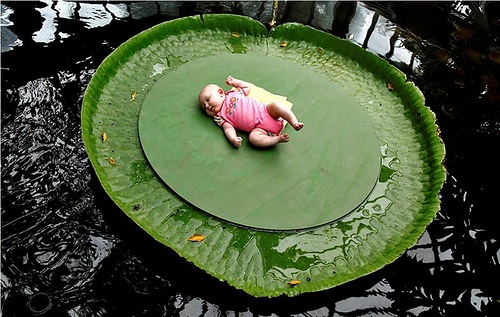 Giant water lily white flowers bloom at sunset and at dawn close hidden under the water. At exactly two o’clock the flower again appears on the surface of the reservoir – now pink. However, on the last evening of flower it is crimson or purple. After that, it falls into the water and finally dies. That’s the joy of short duration.

The surface of the Amazonian water lilies can withstand loads of up to several tens of kilograms. It is only necessary to find the center of gravity. Of course, the locals know very well about these unusual features of lily. Therefore, they occasionally use it as a floating craft to transport through small river. 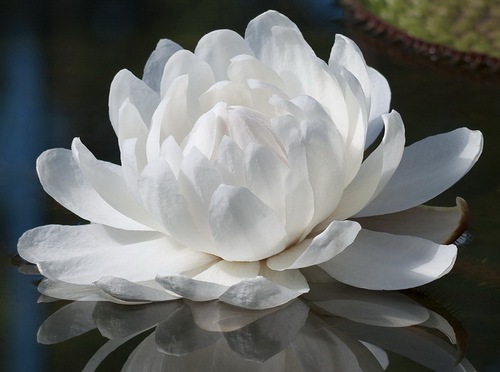 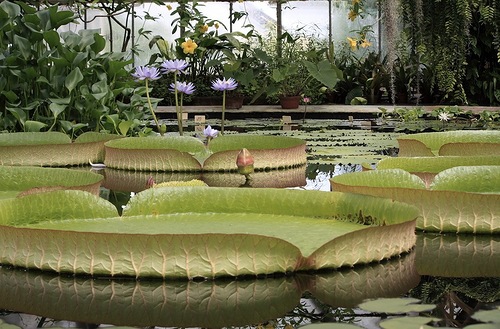 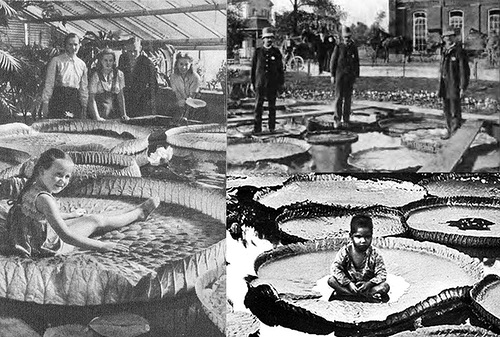 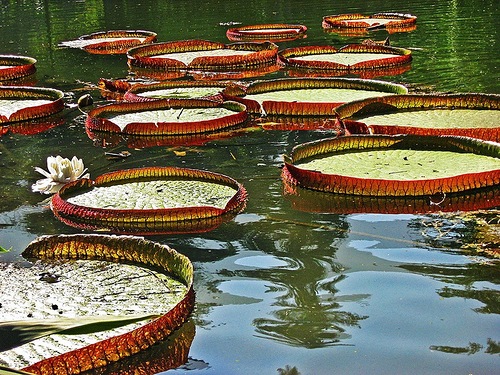 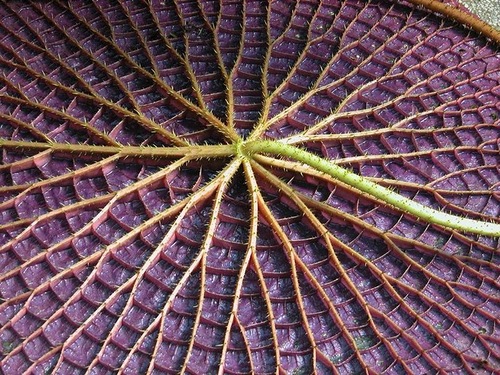 Curves and lines of back side 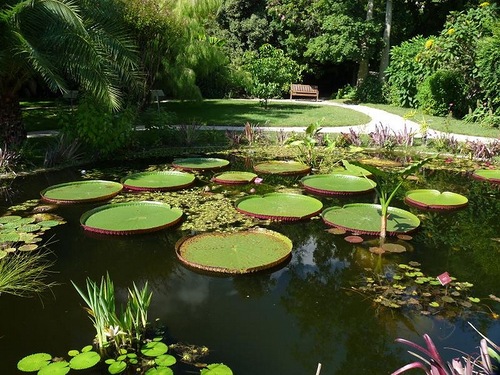 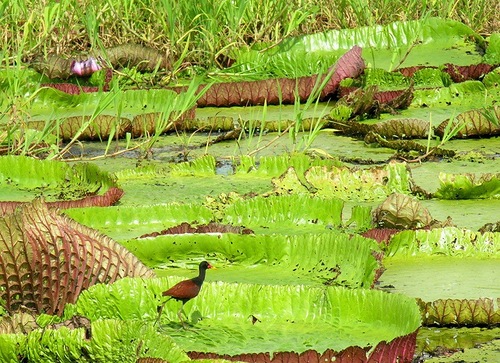 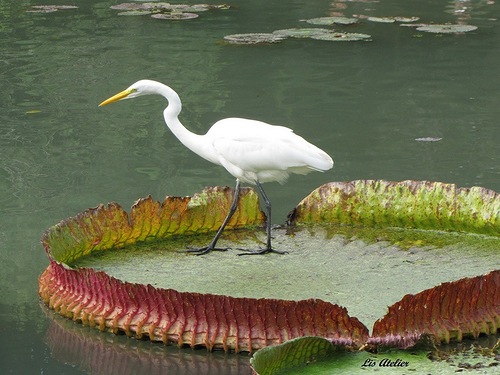 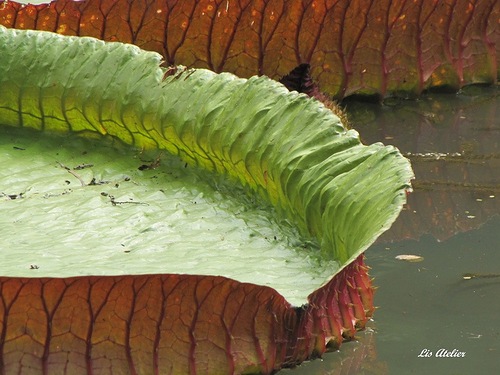 At the dawn, water lily flower hidden under the water 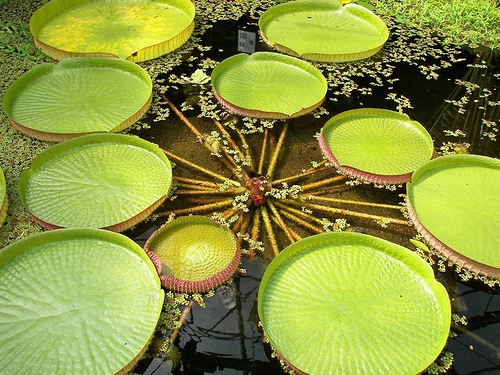 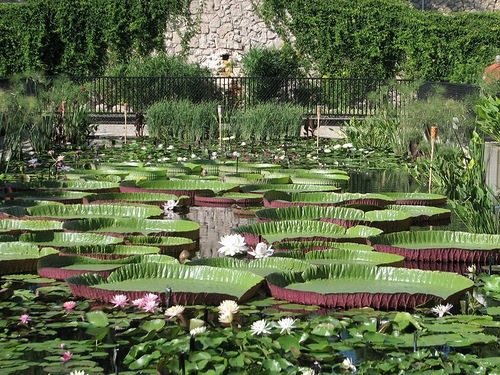 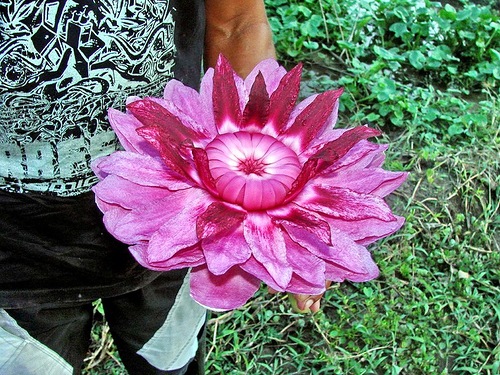 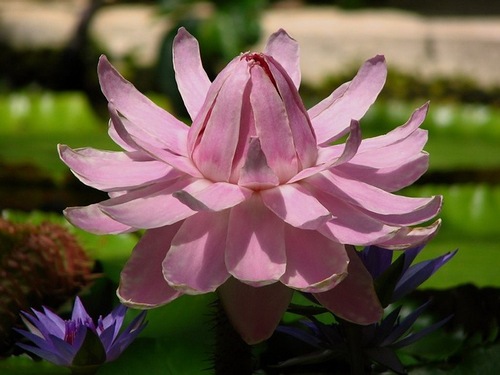 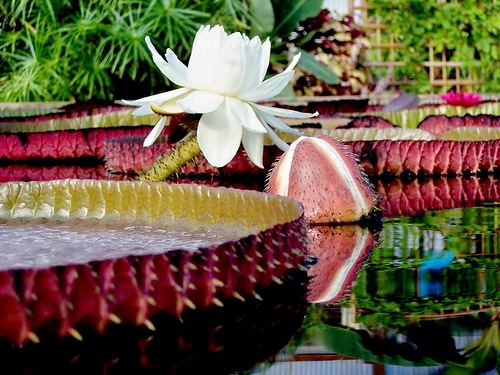 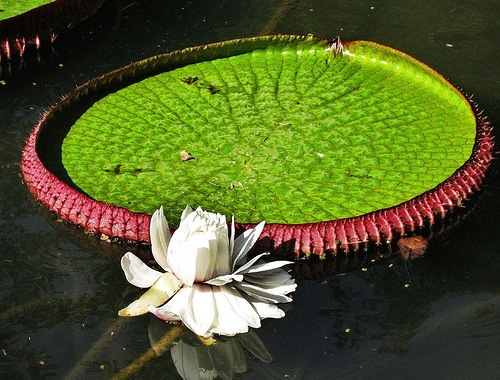 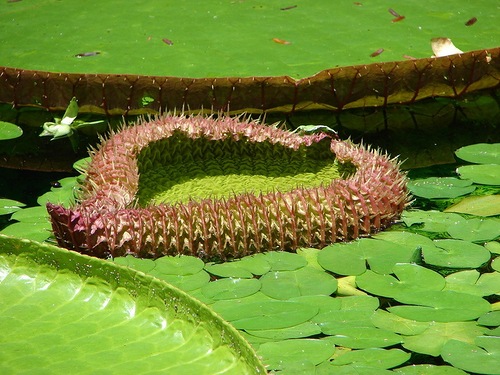 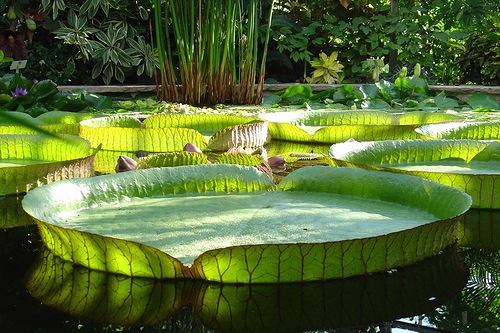 Meanwhile, the surface of the Amazonian water lilies can withstand loads of up to several tens of kilograms 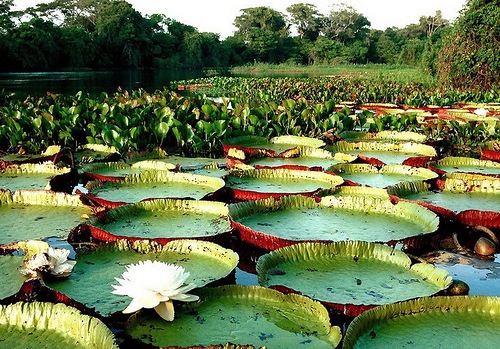 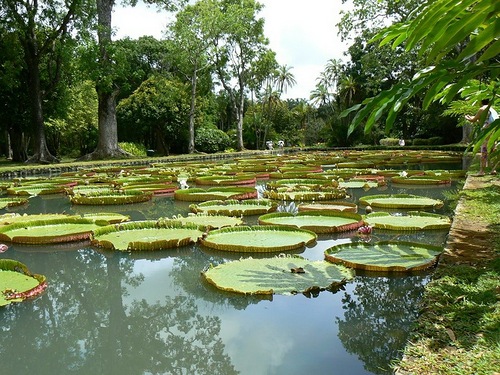 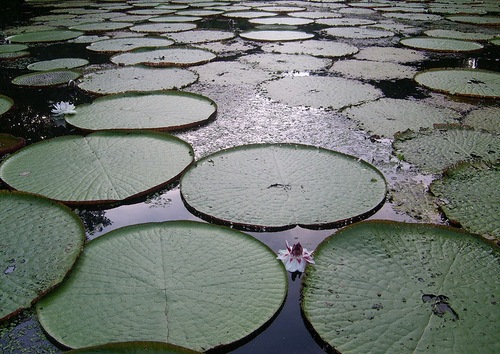